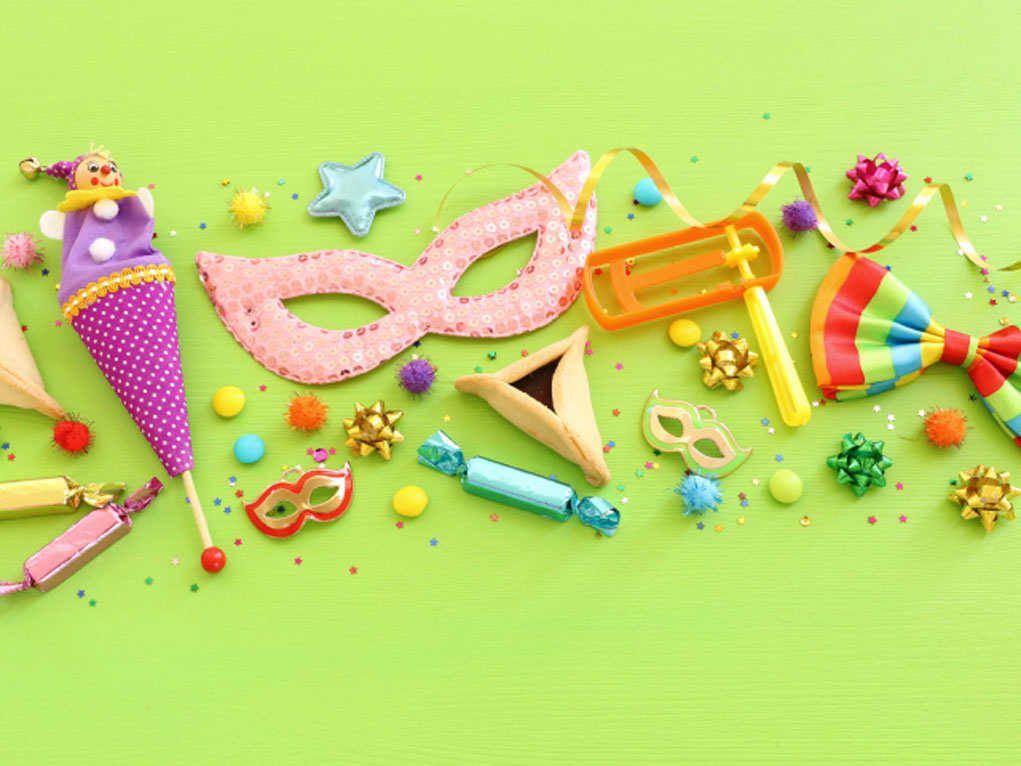 Chazal (Chagigah 3a) teach us that “ain bais hamedrash bli chiddush – each house of Torah study creates its own novel thoughts.” Hopefully, this applies to our great bais hamedrash of the Yated Ne’eman as well. We explored once before the phenomenon of a double Adar in these pages, but this year, a new thought and approach has emerged that can hopefully help us grow over the next three wonderful months, right into Nissan and all of its mitzvos.

Some of the questions have actually been explored for centuries. First of all, when the Gemara (Taanis 29a) states, “When Adar enters, we increase our joyfulness,” in a leap year, does that mean only one Adar or both? Secondly, the Gemara there begins by making a juxtaposition: “Just as when [the month of Av] enters, we reduce our joy, so when Adar enters, we increase our joyfulness.” The Gemara seems to equate the two obligations, yet the major poskim, such as the Rambam (Hilchos Taanis 5:6) and the Shulchan Aruch (Orach Chaim 551:1), record only the sadness of Av but not the joy of Adar.

Thirdly, the Rebbe of Sadigura (Maadanei Hachassidus, Adar, page 1) asks: Why don’t we add joy during Nissan, when there were so many great universally acknowledged miracles? Fourthly, the Minchas Elazar (in his Sefer Shaar Yissochor) asks: Why does the Gemara delineate in what ways we diminish our joy during the month of Av but says nothing about how we increase it during the month of Adar?

Regarding the question of which Adar we are enjoined to add joy, Rav Yaakov Emden (She’ailas Yaavetz 2:88) is certain that it is limited to the second Adar, since the Gemara (Megillah 6b) declares that there is an affinity between the miracles of Purim and those of Nissan, resulting in the reading of the Megillah taking place only in the second. He therefore concludes that the same holds true for simcha. Rav Yosef Shalom Elyashiv (quoted by Rav Yitzchok Zilberstein in Chashukei Chemed to Megillah 6b, page 77) tends to agree. However, Rav Sroya Devlitzky (quoted ibid.) and Rav Chaim Kanievsky (Derech Sicha 1:188) hold that this question depends upon the disagreement (Shulchan Aruch, Orach Chaim 697) regarding Purim Koton (the 14th of Adar I). Those who hold that we are obligated to be happy on that day will hold that the same is true for all of Adar I, and those who hold that there are no obligations toward Adar I will hold that there is no extra simcha either.

Regarding why the poskim omit the increase in simcha during Adar, Rav Chaim Kanievsky (ibid.) answers that while there are indeed specific halachos regarding the decrease in joy during Av, there are no such guidelines for Adar and the poskim who deal with specific actions saw fit to omit this comparison. As to the question raised by the Sadigura Rebbe, he himself answers that Purim generates more joy because the miracle resulted in a complete turnaround (Megillas Esther 9:1) from a death sentence to the nation r”l going from din to rachamim. However, for Nissan, as great as all the miracles were, they were on the level of pure chesed, which is not as powerful as going from din to rachamim. Finally, the Minchas Elazar’s question is answered by Rav Kanievsky that the poskim omitted the halacha of simcha during the month of Adar because there is actually no specific way to celebrate that particular joy.

However, we still need to explore the connection between Purim and Pesach which necessitates the Megillah to be read in the second Adar rather than the first. As many meforshim have asked over the centuries, what do the miracles of Purim have to do with those of Pesach? Rav Dovid Cohen, in many of his seforim (see Masas Kappai 7:210; Ohel Dovid 7:50; Birkas Yaavetz 4:182), explains that when Esther risked her life (Megillas Esther 4:13) approaching Achashveirosh to save her people, Hashem performed the same miracle for her as He did for the daughter of Paroh in saving Moshe Rabbeinu. The king’s scepter was miraculously extended as was Bisya’s arm. But that was only the beginning.

The Gemara (Megillah 19a) teaches that the words about Achashveirosh’s insomnia should be recited especially loud, because that marked the beginning of our salvation. Now, that seems somewhat surprising, since even if it was never discovered that Mordechai had saved the king from Bigsan and Seresh’s plot, the events in the palace were miraculous enough. The king was already suspicious of Haman being invited to a private party with only the king and queen. Then Haman falls (Medrash and Targum Sheini: is pushed) onto Esther’s bed and is then revealed as the villain who wants to destroy the queen and her people. However, when we think about it, it all began with Achashveirosh’s sleeplessness, coupled also with the words of Chazal that the word “King” alone refers to the King of the universe. Thus, the entire miracle of Purim in effect happened on Pesach, connecting Adar to Nissan in the most profound of ways.

Rav Cohen concludes with the original thought that we are up all night to tell the story of Yetzias Mitzrayim, at least in part, to commemorate the King of the universe being alert to save Klal Yisroel on that fateful night which led to the miracle of Purim. We should not forget about the words of the Kli Yokor that the plague of darkness happened during the month of Adar to remind us that already in Mitzrayim, we were bathed in a powerful light during Adar when our enemy was plunged into darkness. We are also reminded of this at the end of the Megillah and every time we make Havdalah on Motzoei Shabbos: “The Jews had light” when everyone else was in the dark.

There is another path to understanding the special status of the two months of Adar as well. A number of major meforshim (see Maharsha, Chiddushei Aggados to Sanhedrin 12a; Kedushas Levi, Tetzaveh; Sefas Emes, Likkutim to Rosh Chodesh Adar) teach that the double months of Adar correspond to Efraim and Menasheh. I would like to suggest (in the spirit of the bais hamedrash mentioned above) that we will discover the relationship between Yosef’s sons and the two Adars by examining why we bless our children with being like them. Many meforshim have taught that although Menasheh lost the bechorah – the rights of the firstborn – there is no record that he ever complained. On the contrary, Efraim and Menasheh are held up as paradigms of the brotherly love we are all enjoined to demonstrate and that we hope for in our own progeny.

The mitzvah of adding simcha is explained by the Sefas Emes (Likkutim and on Shekalim 5640 and 41) as being that of “ahavah and nedivus – love and generosity.” He explains that the shekalim that Hashem ordained that we donate thousands of years before Haman expended his own against us (Megillah 13b) were to inoculate us with the spirit of generosity. We might add that Chazal note that Haman tried to implicate us as being mean-spirited toward each other, but Hashem Himself defended us as being echad, totally unified. Indeed, the mitzvos of the day – mishloach manos and matanos la’evyonim – are understood to be venues for us to demonstrate our love for our fellow Jews, as opposed to the false allegations of Haman (see Rav Shlomo Alkabetz, Manos Halevi, page 250). Of course, there are other opinions about the reasons for these mitzvos (Terumas Hadeshen 111), but Jewish children have been inculcated for several millennia so that it is now part of our DNA that Purim is a time to work on our ahavas Yisroel and achdus. Who but Efraim and Menashe are the ideal representatives for this lesson in a leap year?

I remember many Purim maamorim heard from my rebbi, Rav Yitzchok Hutner, wherein the message was that Yomim Tovim in general were designed to uplift us, but Purim was granted so that we would feel mutual love and affection. He always stressed that the difference between yirah (trepidation) and ahavah (love) for Hashem is that yirah reminds us about the incredible distance and gap that there is between us. However, ahavas Hashem reminds that we were created in His image and we have both the mandate and ability to emulate Him when we are at our best (Sefer Hazikaron, page 345). The double Adar can pave the way for us to love each other and Hashem, taking the time to appreciate our brethren and what Hashem has done for us in these luminescent three months of miracles ahead as Hashem draws us ever closer to Him. Mishenichnas Adar marbim b’simcha.