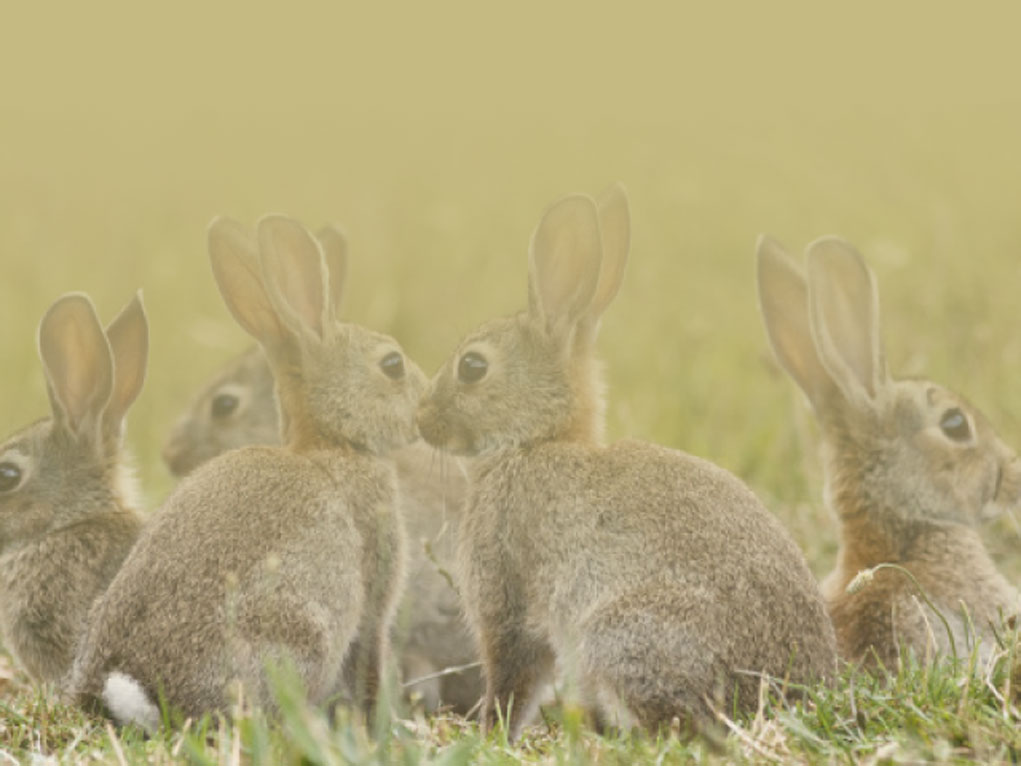 In a Perfect world

In the 1830s, rabbits were brought to that country to provide sport for expatriate Englishmen who wanted to enjoy a good hunt. Because rabbits are not indigenous to New Zea­land, they have no natural predators there. Ac­cordingly, rabbits have increased in population to the point where they are a real menace to the country’s ecological balance. In other words: a huge headache. It’s been estimated that rabbits cost New Zealand more than $50 million in lost production, and that’s apart from the additional $25 million spent on pest control each year.

When driving along the roads of that beauti­ful island country, it is not at all uncommon to see rabbits darting brazenly about or hovering close to people. They seem unafraid, and why shouldn’t they be? These lucky creatures have grown up with no built-in enemies. Unlike their brethren in other countries, these rabbis do not have to worry about the usual neighborhood bullies whose main purpose in life is to catch one of them for breakfast. They can live easy.

At a surface glance, it would seem that New Zealand rabbits have things all their own way. Living in a predator-free environment, they are sitting pretty. Having no natural enemies, they must be in the strongest position that a creature can be in… Or are they?

What would happen if some rabbit preda­tors were to be introduced into the New Zealand countryside, the way rabbits once were? How well equipped do you think our long-eared pals would be when it comes to protecting them­selves from the enemy?

I venture to guess that they would not be well equipped at all. That’s because those rabbits have had things their own way for so long. With no need to hone their survival skills, their re­flexes will be dulled and their alertness to dan­ger muted. Parent rabbits will have neglected to tell their little bunnies about the terrors that lurk in wait for them in the big, bad world, or how to stay safe from them. What may appear to be strength is actually a thin veneer of com­placency. Show them a natural enemy, and they will have to scramble to survive.

Taking a quick hop from the rabbit world to that of human beings: In real terms, who is stronger: the man who lives luxuriously in the old family mansion, carelessly spending his in­heritance… or the scrappy youngster surviving on his wits on the teeming city streets?

On the surface, the former would seem to have plenty of what the world calls strength. Money, after all, does provide a hefty armor. But unless he also has an understanding of how money works, along with a steady head, moderate spending habits and plenty of plain old good luck, our rich man is not in as strong a position as he might seem to be. True, he is fortu­nately circumstanced. But strip away the trappings of comfort, and you’ll find an individual ill-equipped to con­tend with the vicissitudes of life. The same comfort that created a sense of strength can also be his undoing.

In contrast, our scrappy youngster has been forced by his circumstances to learn early and learn fast about how the world works and what he needs to do to survive in it. Every wrong turn, every misadventure, adds to the sum total of his street smarts. Because he lacks the natural armor plating that money and stature provide, he is forced to develop a different kind of strength.

He may lack the rich man’s armor, but he is also in no danger of losing it. He doesn’t have to worry about having his strength stripped away, because it is innate to him. It is based on his char­acter, his courage, and the wisdom he’s gained from the experiences that life has thrown at him.

When a person goes through a dif­ficult time in life, he does not usually spend much time thinking about the strength of character that his tribula­tions are building for him. That comes afterward, when the trouble has moved into the past and he has a chance to as­sess the damage. Through coping with the pain he’s suffered, he realizes that he has grown.

Each time we suffer from adversity and turn to Hakadosh Boruch Hu for help, we are growing a little bit spiri­tually stronger. Ironically, it is our very helplessness that goads us to do the two things most necessary for our survival: dig deep into ourselves to pull out the courage, fortitude and ingenu­ity that we need to get through this… and, at the same time, acknowledge that our own skill set, on its own, is simply not enough.

We Jews are some of the most re­sourceful people around. Part of the reason is because we’ve had to be. Un­like those smug New Zealand rabbits, we are surrounded by a world of nat­ural enemies. Only by using our wits have we managed to keep ourselves, as a nation, alive: keeping a low profile at times, bursting into activism at oth­ers, and always bearing in mind that we have the most powerful Prop of all at our back. A Prop that we can’t do without.

Hashem, we are told (Tehillim 147) does not desire the strength of hors­es or powerful men; Hashem favors those who fear Him, those who hope for His kindness. Armed with that under­standing, we have survived as a people through 2,000 years of darkness.

In the aftermath of any ordeal, we gain a sense of how strong we’ve grown through coping with it. While we are suffering, we are cognizant of nothing except the need to survive. We pull out the stops in terms of personal ingenuity and spiritual supplication. Only afterwards, in the tranquility that follows adversity, do we take an ac­counting and realize that we are not the same people that we were before.

Ask any doctor or personal trainer about the best way to build up muscle strength, and he will tell you that you build muscle by first tearing it down. Each time you lift a weight, you are tearing your muscles in a miniscule way. To repair those tears after your workout, your body fuses muscle fi­bers together to form new muscle protein strands which are thicker, and therefore stronger, than the original ones.

When we are beaten down, when our hearts are shattered and our spir­its torn, it is the process of coping and rebuilding that makes us ultimately stronger. Were we to spend our en­tire lives lolling about on a figurative cushion, warm and well-fed and com­fortable, we would be helpless in the face of adversity, our wits dulled and our resources untapped.