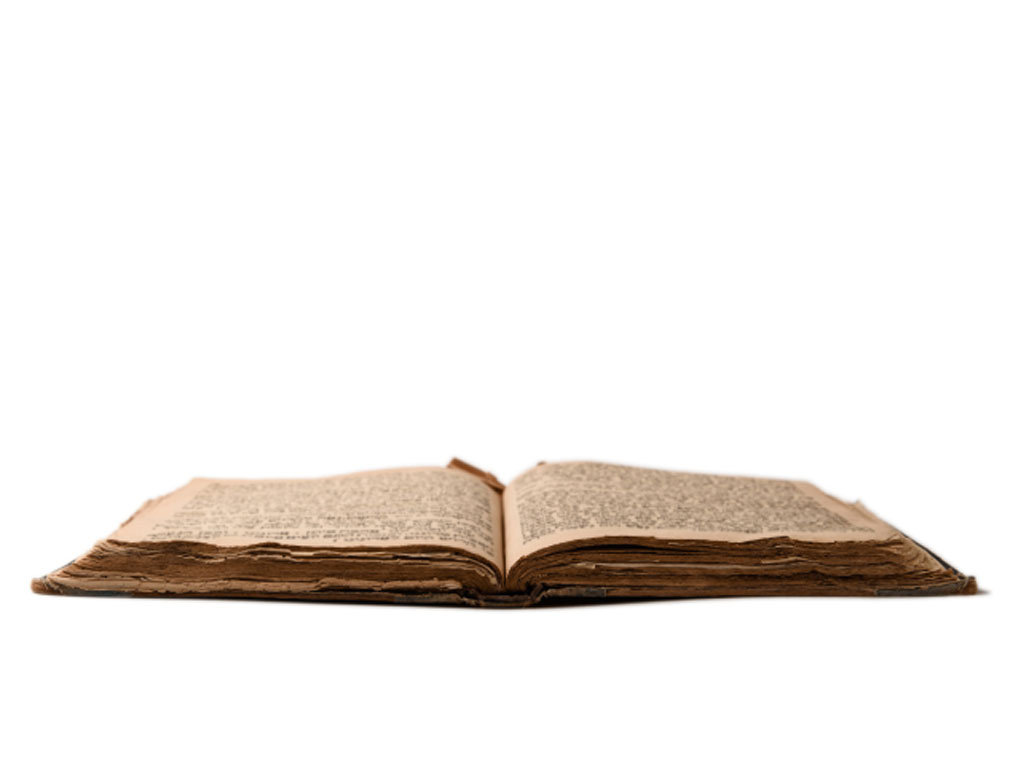 As we enter into Parshas Va’eira and deeper into Sefer Shemos, we should consider the dual lessons of these weeks. One rests eternally in the Seder, when we commemorate annually what happened in those days. In fact, as we all know, one of the primary mitzvos of the first two nights of Pesach is to feel transported to that time. Each one of us must feel as if we have experienced and lived through the bondage and the redemption. However, during these weeks, we have both the leisure and the ability to think about the more global lessons of the exodus. Let’s take a moment to enhance this aspect of these important days.

We read last week that Moshe Rabbeinu saved one of his brethren by slaying an Egyptian taskmaster. The Medrash cites three opinions as to how he did this. One is that he simply punched him with his fist. The second is that he “removed his brain with a shovel or rake.” The third, quoted by Rashi, is that he uttered the divine Name, which killed him. The Sadigura Rebbe explained these options as applicable to each one of us when we enter into an argument. There are three ways to respond. The first is to actually get into a fight. “I am right and you are wrong,” and it is “my way or the highway.” The second is to persuade and convince. You must “take his brain” intellectually and prove that your way is correct logically. However, the third, which Rashi records for posterity, is to strengthen yourself in your belief, do better in your own avodas Hashem, and this will cause G-d to take care of all things for you. For Moshe Rabbeinu, this final method was fulfilled when Hashem told him, “Ani Hashem” (6:2). At the end of Parshas Shemos, Moshe had asked pointedly, “Why have You done evil to this people? Why have You sent me?” (5:22). However, in this week’s sedra, a little later, Hashem tells Moshe to just strengthen himself in emunah and tefillah – trust and prayer – and then all the troubles with Mitzrayim will be resolved.

Perhaps we can add here a novel thought to the rebbe’s pshat. Moshe Rabbeinu actually did all three. The Ramban (Shemos 3:5) teaches that when Moshe Rabbeinu experienced his first nevuah, his prophesy was not yet perfect. He proves this from the fact that at the s’neh – the burning bush – Moshe was not permitted to approach the site of the Shechinah. However, just a bit later, he was commanded to “come closer.” Even Moshe was constantly growing in his understanding, middos and closeness to Hashem. Here, too, perhaps the Medrash is teaching us that Moshe Rabbeinu, our teacher in all things, taught us that we must always be growing – shteiging – and upwardly mobile in our spiritual pursuits.

We can derive a similar lesson from a posuk later in the sedra. Hashem tells Moshe Rabbeinu, “I have heard na’akas – the groan – of the Bnei Yisroel.” We know that there are many modes of tefillah, such as rinah, tze’akah and shavah. What exactly is na’akah? One interpretation, based upon the Zohar Hakadosh, is that a na’akah is a primeval cry out of pain and suffering. It is so basic and even primitive that it is wordless and conveys no specific information or requests. It is simply a reaction to something that hurts terribly and causes distress. Klal Yisroel, however, turned their suffering into a real tefillah, a formulated request for hatzolah and even geulah.

Interestingly, the story is told of one of our more recent gedolim who instinctively accessed this method of avodas Hashem when he was a young child. The young Rav Boruch Ber Leibowitz, later author of the classic Birkas Shmuel, had done something wrong, upon which his father favored him with a potch. He started to cry, then grabbed a siddur and started to daven Mincha. His father inquired, “Why did you decide to daven right now?” The precocious future rosh yeshiva answered wisely, “If I’ve already been punished and I’m hurting, it would be a pity to waste the moment. At least I should take advantage and now ask Hashem for wisdom and all the other bakashos in Shemoneh Esrei. I decided to take my pains and use them to daven properly and make them a jewel for Hashem’s crown.”

Okay, perhaps we’re not even Rav Boruch Ber as a child, but we can think about the eternal moral that he and Klal Yisroel in Mitzrayim taught us. Pain, suffering and difficulties should be seen as opportunities for achieving closeness to Hashem and a quantum leap in our tefillos to Him. All of the parshiyos of Shemos can be used to enhance our Pesach and Sedorim. But they can also be used daily as venues and conduits in our avodas Hashem. Of course, we would rather be inspired by miracles and gifts from Hashem. If we take advantage of the moments of hardship, then Hashem will reward us with more opportunities for gratitude, as Chazal say, “Middah tovah merubah” – Hashem’s goodness vastly outnumbers His punishment and rigor.

Another lesson from this analysis was taught by the Chofetz Chaim (Ahavas Chesed 2:5). He quotes a Medrash (Tanna Devei Eliyohu, end of Chapter 23): “When Klal Yisroel saw that they were not emerging from the evil decrees of Paroh and the bondage was deepening, they joined together in a resolve to perform acts of kindness to each other. They made this covenant in order to arouse the middah of chesed Above in their favor and so revoke Paroh’s decrees.” The Chofetz Chaim adds prophetically, “At this time that the middas hadin has ascended in the world, and it seems as if there is nothing that can overcome the incredible danger, we, too, must strengthen ourselves in the trait of kindness.”

Our gedolim in every generation have echoed this lesson and that of the rebbe of Sadigura that we learned earlier. Even decent gentiles have noted the uptick and worsening of anti-Semitism around the world. Since politics, diplomacy, media or sundry other attempts at hishtadlus have failed, we must turn inward and improve ourselves. The Brisker Rov once witnessed people approaching the Chofetz Chaim, who was waiting for a train, with the plea, “Rebbe, what will be?” He immediately responded, as he had written, since he always was what he wrote. “Our only answer,” he responded, “is what Rebbi Eliezer Hagadol taught us when asked about how to be saved from the difficult times just before Moshiach: learn Torah and perform acts of chesed, for then the middah keneged middah will arouse the compassion of Heaven.”

More recently, Rav Eliyohu Mann was traveling to France when there had just been an act of horrific anti-Semitism. He asked Rav Aharon Leib Shteinman what to tell them in his name. I believe it was close to Purim and he answered utilizing the Gra’s commentary to the siddur (Shemoneh Esrei, brocha of Hashiveinu). The Gaon cites Chazal (Megillah 12b), who say that the Gemara interprets Mordechai’s genealogy as teaching how to do deal with adversity: “Ben Yair means that he enlightened Klal Yisroel with his prayers. Ben Shimi means that he was a son Whose Father listened to his prayers. Ben Kish means that he knocked on the Gates of Mercy, which were opened for him.” The Gra added, “How indeed do we knock on the gates of Heaven so that they will open when there is a decree r”l to destroy the Jewish people? The answer is that there are two gates. One is in the heart of every person; the other is in Heaven. When a person opens his heart in compassion to his brother, the gates of Heaven open for him as well.” Rav Aharon Leib added that we know that Yetzias Mitzrayim means that we left the depravity of Egypt. This reflects the words of the Haggadah, “Vayarei’u osanu haMitzrim,” meaning that that the Egyptians harmed us. However, they also mean that the Egyptians caused us to be evil, like them. Leaving Egypt therefore always means that we must leave behind the bad traits we absorbed in Mitzrayim and return to the basic wonderful middos Hashem instilled into us as a nation.

Rav Chizkiyohu Mishkovsky relates a beautiful story that illustrates these teachings eloquently. Rav Moshe Shwab, later mashgiach of the Gateshead Yeshiva, grew up in a fastidious home of German Jews. Everything was clean and orderly, but he wanted to learn in a Litvishe yeshiva, since there were no similar yeshivos at the time in Germany. He traveled to Baranovitch, but the physical conditions were far from what he had grown accustomed to and he sent a telegram home that he wished to return. His brother agreed, but noted that he should have supper, stay the night, and then return home in safety. That night, there was a freezing wind at the home where he was lodging, so the woman of the house put up a pot of steaming hot tea. A bochur took some but accidentally spilled a bit directly onto the leg of one of his friends, causing a painful burn. The baalas habayis was beside herself, immediately asking the injured young man what she could do for him.

His answer changed Rav Shwab’s life. “I have one request,” he responded with difficulty, “but I apologize, because it will be hard for you to do.” The righteous woman responded, “It doesn’t matter. I will do anything.” The young bochur grimaced in pain but responded, “My friend didn’t want to hurt anyone, but merely made a mistake. He was simply thirsty and cold, spilling some on this innocent boy. But now, he is still very thirsty and embarrassed to ask for another tea. Could you please boil up some more water for him? I know he won’t ask for himself.” The lady was very moved and began to cry, hurrying to fulfill this amazing request. Rav Shwab, on the other hand, decided that he would rather stay in such a place of beautiful middos, even without his Yekkishe cleanliness and order, as long as these boys and rabbeim would be his role models. He grew into the mashgiach of many baalei middos and talmidei chachomim.

If we all turn a bit more inward and add chesed to our lives, we might just be able to overcome all the current dangers and bring the geulah as well.