When the Ball Is in Your Court 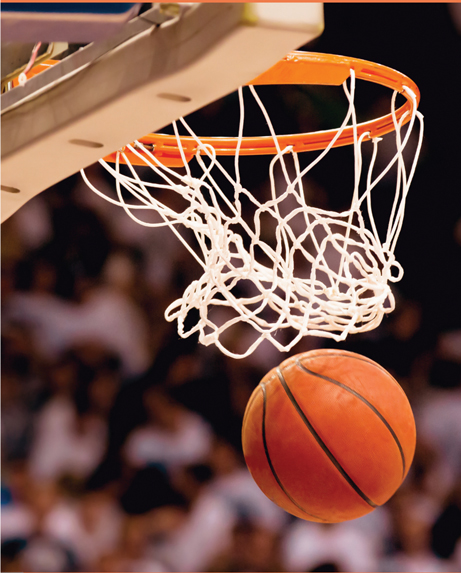 The seder meal was over and the Goldman family was happily launching into the closing sections of the night’s agenda. It was time to open the door for Eliyohu Hanovi as “Shefoch Chamoscha” was recited. Eleven-year-old Yitzy was recruited to open the door.

Full of faith that this year, Eliyohu would indeed be there to herald the coming of Moshiach, Yitzy flung open the door. There, much to his shock, he stood face to face with a tall, skinny non-jewish boy.

“Is that Eliyohu?” one of the children asked.

“No,” said Mr. Goldman. “That’s Kenny. He lives down the block.” Turning to the distressed looking young man at the door, Mr. Goldman said, “Come on in Kenny. What brings you over here?”

“Well, I know it’s kind of late but when I got home from school today, I saw all kinds of stuff going on and I figured there was a Jewish holiday happening. So I was pretty sure you’d be up. I just had to get out of my house because my Dad is in a crazy mood. He lost his job today, and when I came home, he was drunk and screaming at everyone. I walked around the neighborhood for hours hoping he’d fall asleep, but when I went back a little while ago, he was still at it. I knew if I stuck around I’d get beat up, so I came over here.”

Mr. Goldman gave Kenny something to eat and offered him a bed for the night. Then the family finished their seder. Before Kenny left in the morning, he thanked the family with all his heart. “You really saved my life,” he said. “I won’t forget it.”

From then on, Kenny became a familiar visitor. He knew he could turn to the Goldmans when he needed help. He even developed a relationship with Yitzy and gave him some pointers to improve his basketball game. To Yitzy, Kenny seemed like a real pro.

By the time Kenny got to high school, he was on his way to becoming a great basketball player. He practiced day and night and became the star of his team. As he progressed, college teams began sending scouts to watch him play. Soon he was receiving offers for scholarships to entice him to join a college team.

But the scouts didn’t only want to meet Kenny. They wanted to visit his home and meet his parents as well. Knowing that this would be a disaster, Kenny asked the Goldmans if they would take his parents’ place and meet with the scouts in their home. They were happy to oblige. They met with the scouts and discussed with each of them the details of the scholarship arrangements and Kenny’s commitments to the college and the team. Then they helped him choose a program.

Whenever Kenny came home from college he would visit the Goldmans and update them on his rapidly rising career. Eventually, Kenny was drafted into the NBA. He was fulfilling his dream of playing professional basketball, and building a great name for himself in the sports world.

One day, Kenny got a phone call from his mother informing him that his old friend Yitzy Goldman had been in a terrible car accident. She suggested that whenever he could get away, he should go to visit Yitzy in the hospital.

Yitzy, who was 22 at the time, was teetering between life and death. His family held a vigil around his bed, davening and pouring out their hearts in Tehillim. His legs were so shattered that there was doubt that he could ever walk again. A tangle of tubes supplied him with air and hydration and medicines. In a flash, the Goldmans’ lives had been turned over and they could only try to cope as best as possible with this terrible new reality.

A few days after Yitzy’s accident, much to the family’s amazement, Kenny appeared at the door of the hospital room. He had explained to his coach and teammates that his brother had been in a bad accident and he had to be there for him.

As Kenny and the Goldmans were talking, they heard some commotion building up in the hall outside the room. Kenny was touched and surprised to see that the noise was the voices of a group of his teammates, who had come to support him in his trying time. But when they entered the room and saw a yeshiva bochur in the bed and a Jewish family arrayed around him, they felt they had been duped.

“Kenny,” said one teammate, “I may not know much, but I know this is not your brother.”

“Well, he’s more than a brother,” Kenny explained, “because everything I have today is because of this family. They opened their home to me and helped me out in every way they could.”

After all the introductions were made, Kenny quietly asked Mr. Goldman for the details of Yitzy’s situation.

“It’s not good,” Mr. Goldman said sadly. “The only hope for him walking again is to be transported to a trauma center that could operate and give him a chance. But it costs a fortune and it’s not covered by our insurance.”

Kenny walked over to where his teammates stood and invited them to join him out in the hall. The men huddled and conferred with each other in hushed tones. Then they rejoined the Goldmans in the hospital room.

“Me and my friends will cover the cost of Yitzy’s transport and treatment,” Kenny announced. “Whatever the bill is, you just send it to us.”

The Goldmans couldn’t believe the hashgocha protis. Here was this young man who they had taken into their home, not because they had any obligation to do so, but just out of human kindness. Now, so many years later, he turned out to be the key to their son’s recovery from his crippling accident.

Yitzy was flown to a specialty hospital where he underwent a long and delicate surgery. After many months of intense therapy, he was able to walk again.

The door that the Goldmans had opened for Kenny changed his life, and that kindness eventually was repaid in full. It was paid forward as well, as Kenny told them that because of their example, he tried to open doors for others in need.

Some time later, Kenny told the Goldmans a funny story that emerged from his close relationship with the family. It was on chol hamoed Pesach, and Kenny was practicing before a game. A Jewish family had come to watch the practice, and when it was over, a young boy from the family asked Kenny to autograph a ball he had brought along.

Kenny obliged, and as he handed it to the boy he said, “This is your Afikomen present.”

The boy’s mouth opened in surprise. “Hey! How do you know….” he started to say.

“I know a lot more about you guys then you think,” he replied with a mysterious smile. And indeed he had learned a lot; he had learned that when the ball is in your court to do a kindness, grab it and give it your very best shot.

No one could have known that when Yitzy opened the door for Kenny that night, it would lead to such a powerful kiddush Hashem and would help open doors for Yitzy in ways he could never have imagined. Nothing is by chance. Rather, every occurrence offers a new opportunity to respond to the call from Above to do something great.

Rabbi Pruzansky is the Menahel of Yeshivas Lev Hatorah and a noted author. This story is reprinted from his new Haggadah: “Night Of Emunah” he can be reached at revach613@gmail.com