Pesach and the Power of Speech 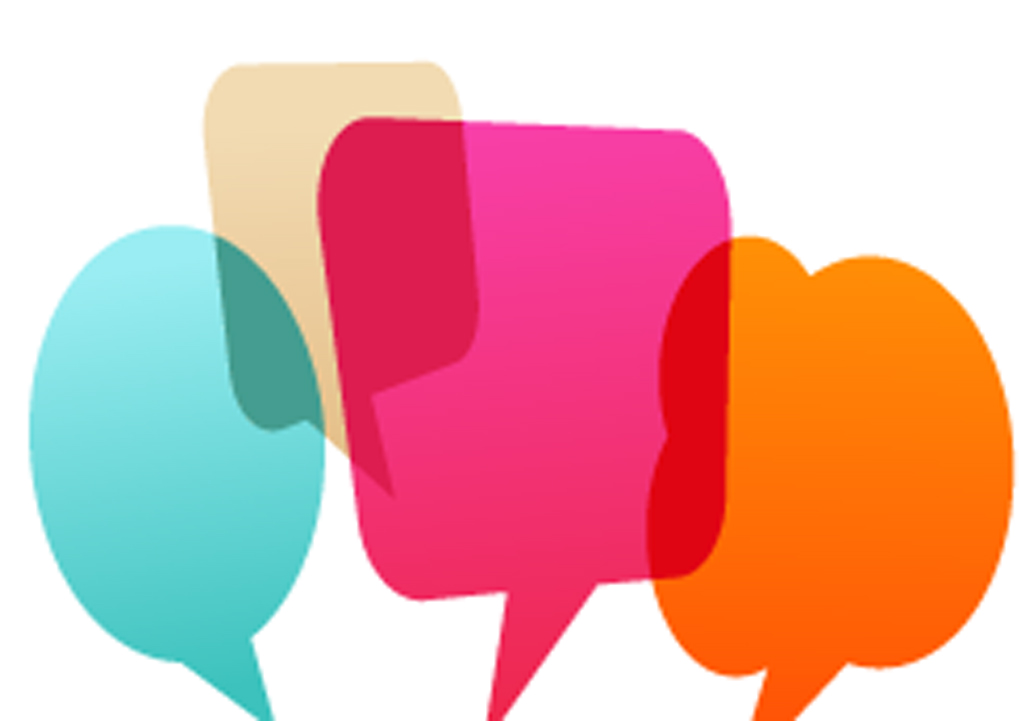 Pesach does many things for us. As Rav Eliyahu Eliezer Dessler teaches, every Yom Tov, we once again live through the powers, the gifts and the potential of that special time. Thus, for instance, one who is depressed can derive joy on Sukkos, Zeman Simchaseinu. Pesach, on the other hand, Zeman Cheiruseinu, is a propitious time to become free of obsessions, addictions and unwelcome modes of behavior. Of course, this means that these personal salvations are not automatic. But this understanding of the recurring nature of zemanei kodesh does mean that these are auspicious times to do what is necessary to achieve desired results. The atmosphere, aura and infinitely returning aspects of holiness will enable us to gain what we require from its annual visit.

Pesach, however, offers another unique opportunity as well. The Arizal (see Pri Eitz Chaim, Shaar Mikra Kodesh 4) taught that Pesach stands for “peh sach – the mouth that speaks.” Of the many levels of understanding of these cryptic words (for more, see Pachad Yitzchok, Pesach, Maamorim 15, 16, 77), one that is both profound and practical, is that Pesach is a time to strengthen and rectify our power of speech. Let us examine the source of this precious gift and the beneficial results of its coming our way once again. On the night of the Seder, we come into contact with at least 6 different encounters with our ability to communicate. As we saw, the word Pesach itself evokes our ability speak. We are enjoined to tell the story of the exodus, known as sippur Yetzias Mitzrayim. In fact, the more we say, the better, as the Haggadah exhorts us, “Kol hamarbeh…harei zeh meshubach. There are certain things that we must say, such as “Pesach, matzoh and maror.” Otherwise, we have not fulfilled our obligation. The words lechem oni, which are literally translated as “the bread of poverty,” are explicated by Chazal as “the bread upon which many words are said.” Lastly, we achieved the highest level of speech, shirah, when we sang the Song of the Sea.

Only Pesach seems to be replete with requirements to speak, tell, recite and, in general, exercise our power of speech. One would think that Shavuos, the time we received the Torah, which is full of words, would have more obligations to speak. Yet, it is Pesach. Why?

In order to understand, we must return to the very beginning, to the very first mention of the power of speech. When Hashem created man, “He blew into his nostrils the soul of life and man became a living being” (Bereishis 2:7). The Targum Onkelos translates this last phrase as “leruach memallela – a speaking creature.” In the writings of our kadmonim, the earliest scholars, man has become identified as a medaber, one who speaks, for this is our essence. This human trait continued universally until Yetzias Mitzrayim, when we became a nation – vayehi shom legoy – and then we seem to have lost our voice.

The Zohar (Parshas Bo 2:125b) teaches that “in Mitzrayim, the dibdur (the power of speech) was in golus. There are many interpretations of these esoteric words. The Imrei Emes (Rosh Hashanah, page 107) suggests that because of the depth of the bondage, the Bnei Yisroel were not able to articulate their innermost thoughts.

The Koziglover Rov, Rav Aryeh Tvi Fromer Hy”d (Eretz Tzvi, Vayeishev, page 57) adds that Peh-sach means that on Pesach our long-constrained dibbur was freed to soar into words of holiness and Torah. Rav Tzadok Hakohein of Lublin (Haggadas Pri Tzaddik, page 68) indeed asserts that we are granted this ability every year at this time. The Sefas Emes (Pesach 5632 and 5655) goes so far as to say that “our entire descent into Mitzrayim and the geulah was to rectify our power of speech, which had become corrupted.” On another occasion (Ki Seitzei, page 180), he added that the phrase “in Mitzrayim the dibbur was in golus” meant that Hashem’s G-dliness was hidden. However, with the tremendous miracles that occurred during Yetzias Mitzraim, it once again became revealed.”

This brings us to the second stage of Klal Yisroel’s speech development and allows us to explore even more deeply what happened long ago on Pesach and the profound effect it has upon us today.

Rav Moshe Chaim Luzzato (Derech Hashem 2:4:5) explains that although the world was originally created for all people, with the failure of Adam Harishon and later Noach, the world became dependent solely upon the Bnei Yisroel, for whom the world was, in effect, recreated.

This concept follows the approach of the Maharal (Gevuros Hashem and see Pachad Yitzchok, Pesach, Maamar 47) that the Eser Makkos (Ten Plagues) constituted the transition from the Asarah Maamaros (the Ten Statements) with which the world was created to the Aseres Hadibros (the Ten Commandments). The way that this was accomplished was that each of the Eser Makos shut down one of the Asarah Maamaros so that the world could now be recreated solely for those who received and kept the Aseres Hadibros. We might modernize this with a contemporary metaphor. If someone has a flooding problem in the house, the plumber will first shut off the water and only then fix the leak. The same is true for an electrician who needs to repair the faulty wiring in a house. He will first shut down all power to the house and then repair the circuits. Hashem, kevayachol, was about to rewire the universe for Am Yisroel, but He first removed all Asarah Maamaros so that they could be reinstalled for the New Adam, the children of Avrohom Avinu.

Now if we can imagine that Hashem was recreating the entire universe for Am Yisroel, it is only logical that the one power that most defines Man – the power of speech – would also be recreated. Just as on Yom Kippur, when Klal Yisroel did a massive communal repentance, we learned a new mode of teshuvah and prayer (see Pachad Yitzchok, Yom Hakippurim 1:5), all the more so that the moment we were created as a nation, we required a new form of speech. That explains the variety of speech obligations upon us when we commemorate and relive Yetzias Mitzrayim. We must do so with a totally fresh form of communication, using questions and answers (derech she’ailah uteshuvah) and utilizing all the types of speech patterns we were given as a nation (see, also, Rav Dovid Cohen, Masas Kappai 9:139).

Let me offer a real-life example of how to access this amazing power in our daily lives. A man related to me the following story. A construction worker, he spent his days with people who often resorted to lowly callous language. Although he generally resisted imitating them, for various reasons he sometimes relented and joined their colorful but forbidden speech patterns. One day at home, as he was putting up a picture frame, he banged his thumb painfully with the hammer and uttered a forbidden epithet, shocking his wife, children, and even himself. Apologizing profusely to all, he realized that he had actually changed on the job and descended into something he did not want to be, nor ever thought that he was. The remedy he received from his rov was to do a complete change. He needed to alter his work environment, learn mussar, fill his mouth with words of Torah and kasher it with the healing sounds of Tehillim, shirei kodesh and sichas chulin shel talmidei chachomim – the so-called everyday mundane speech of Torah scholars. He discovered soon enough that this was the greatest antidote to the bad habits he had developed.

That was us in Mitzrayim, and all of us today. As we relive the golus and geulah of Mitzrayim, which embody all past and future exiles and redemptions, we must change as well. The most important and visible of these changes is the way we speak. Perhaps the Chofetz Chaim’s major life’s work to eradicate lashon hara from our vocabularies reflected his far-seeing vision that to bring Moshiach, we must go through another speech metamorphosis. But surely, this is not enough, nor even to emulate our friend, the construction worker.

There was once a Yiddishe aidelkeit, a Jewish way of speaking that was refined and delicate, sensitive and untainted by society. That is what the Seder teaches us. The chochom only speaks slightly differently than the rasha, but mentioning Hashem’s name and implying that he really wants to learn make all the difference in the world.

Moshe Rabbeinu is able to destroy evil using Hashem’s ineffable Name (Rashi, Shemos 2:14), because he has purified his every utterance. Lavan uses his speech to cheat and swindle, and so he is condemned in the Haggadah as the destroyer of Klal Yisroel, because of his potential influence upon us. Chizkiyahu does not become Moshiach because he did not sing Hashem’s praises sufficiently when given the opportunity (Sanhedrin 94a), for when it comes to what defines us – the power of speech – we dare not fail. The great Yosef was sold into slavery in part because he spoke badly about his brothers, an incursion into what should have been his perfection of speech (Ohel Dovid 7:52).

As our own power of speech leaves exile and returns to us on Pesach night, let us refine it and shine it, with word and with song, so that we can sing the song of geulah speedily in our days.