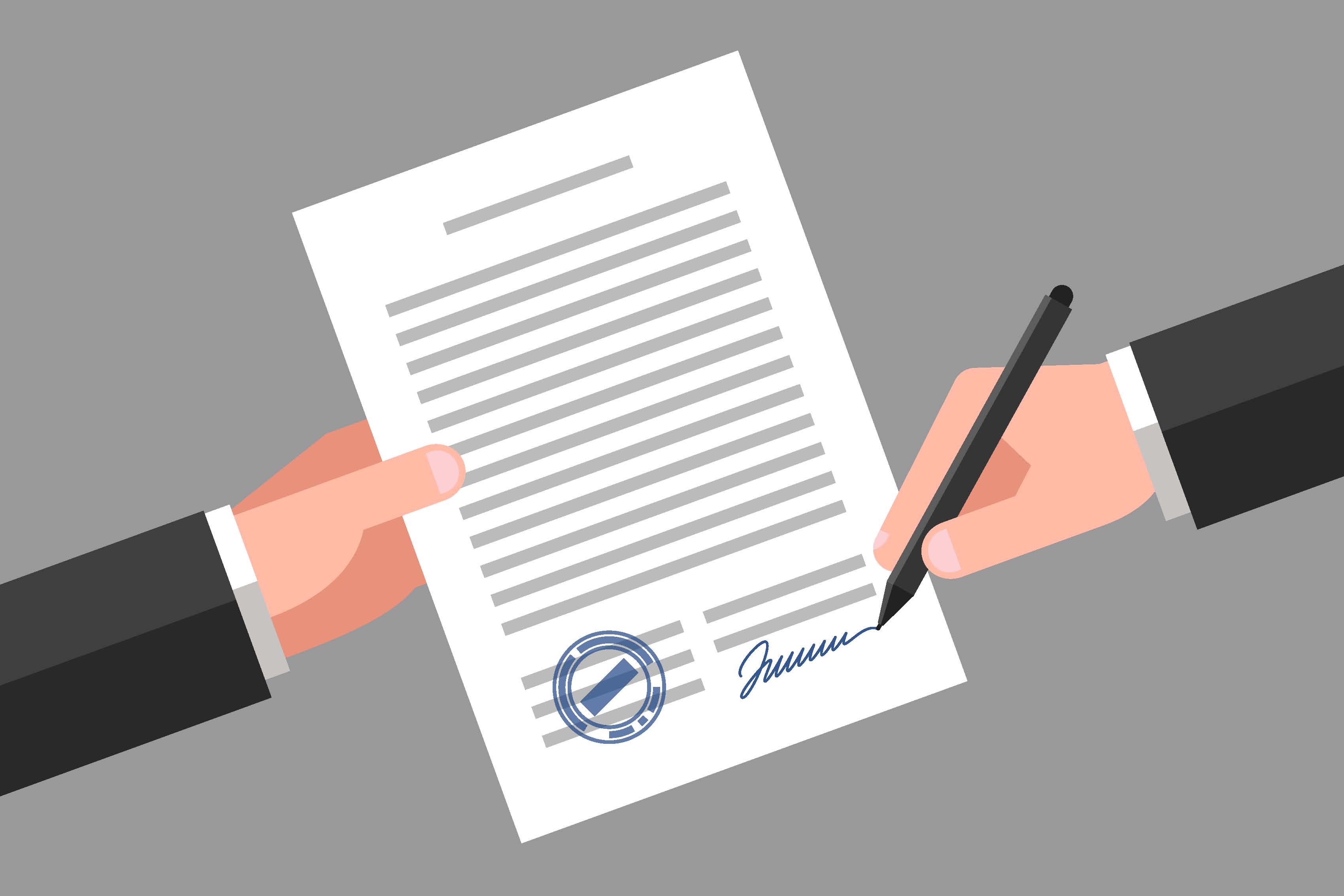 Once, a Jewish entrepreneur went to the holy Apter Rov, asking him for help. He had fallen on hard times and his business failed. He had absolutely no money to his name. Now his daughter was of marriageable age and he didn’t have the means to find her a shidduch and walk her to the chupah. In tears, he begged the tzaddik to daven for him and to give him advice as to what he should do. The rov asked him how much he needed to marry her off. He answered, “One thousand rubles.” The rov gave him one ruble and said, “Go with hatzlacha, and the first business venture that comes your way you should pursue.”

The man wondered to himself what kind of profitable deal he could possibly make with just one ruble, but he believed in the words of the tzaddik. On the way home, he stayed at an inn, where he saw a group of diamond merchants engaged in their business. He approached the table where they were sitting, eyeing the jewelry on hand, trying to figure out their worth. Seeing that he was looking intently at the precious stones, one of the men asked him, “Are you interested in buying a diamond?”

“How much money are you willing to spend?”

There was an outburst of laughter at this answer. Now the man stood there embarrassed.

“Ah… I have a good deal for you for even one ruble. I will sell you my Olam Haba.”

“I agree,” said the man. “But I want the deal written in a contract and signed by witnesses.”

The man, only too happy to carry on with his joke, wrote out a contract and had two of his friends sign on it while they all had a hearty chuckle. Taking the ruble from the poor merchant, he handed him the document. The poor merchant happily took the contract and settled himself in a room at the inn.

Shortly afterwards, the wife of the seller entered the inn and saw her husband and his friends in a jocular mood. She asked what the mirth was all about. Her husband told her about the deal he just made. She was not amused in the slightest. She knew that her husband wasn’t the greatest tzaddik in the world, but he did daven and keep Shabbos, and she would be comforted by the fact that he had a portion in Gan Eden. But now he had sold this away! She was aghast.

“Come with me to the rov,” she said. “I want a divorce. I don’t want to live with someone who does not have a portion in Olam Haba!”

The husband explained that it was only a joke, but she remained firm. “You signed a deal that I can’t live with. Either buy back your Olam Haba or give me a get.”

With no other recourse, he searched for the Yid and found him. Now he took on a more serious demeanor. In front of his wife, he said, “Listen, Reb Yid, you know that deal that we made? It wasn’t really serious. It was just a joke. Here’s your ruble. Give me back the contract.”

“Absolutely not,” said the Yid. “I was perfectly serious when we made the deal.”

“You know what, then? I’ll give you five rubles and you return the document to me.”

“I’ll give it back to you for no less than one thousand rubles.”

“You’re out of your mind. For a mere piece of paper, you want a thousand rubles? Ridiculous!”

The wife chimed in, “Even if it costs five thousand rubles, give it to him!”

The man tried bargaining, offering two hundred rubles and then three hundred. The Yid said, “I’m acting on the advice of my rebbe, the Apter Rov. I told him that I need one thousand rubles to marry off my daughter. He gave me that coin and he told me to invest in the first venture that comes my way. This was it. I will not settle for even a bit less than one thousand rubles!”

Seeing that this Yid was adamant, and with the nudging of his wife, the man was forced to pay the full price, and only then did he get the contract, his Olam Haba, and his shalom bayis back. Now the wife asked the Yid, “Could you please take us to meet the rov? I would like to ask him a question.”

“Bekavod gadol,” answered the Yid, and they all traveled together to the tzaddik. When they came to the rov, the woman related the entire story and then asked, “I am happy that we had the zechus to help this poor man and that my husband got back his Olam Haba, but may I ask the holy rebbi a question? Is my husband’s share in the World to Come really worth one thousand rubles?”

The rov answered, “When your husband first sold his portion, it wasn’t even worth one ruble. But now that he bought it back for one thousand rubles and helped a poor Yid marry off his daughter, his Olam Haba is worth a lot more than that money he spent and cannot be evaluated in monetary terms. For a person’s Olam Haba is as valuable as he himself appraises it to be. In the beginning, he did not consider it valuable at all, as he sold it for one coin, and so it had very little value. Then, later, when he learned his lesson and was willing to spend a lot for it, the value went up considerably. Now, it is priceless.”

How much reward will we get for our mitzvos? Who decides what our earnings will be in the World to Come? The Chofetz Chaim says that we ourselves establish the amount of benefits that we will reap for our deeds. For example, if someone is in the middle of a learning seder and he is approached by a friend who wants to discuss a promising business deal that can bring a robust profit, the learner is faced with a choice. If he interrupts his learning to discuss the venture, he shows that money has more chashivus to him than his learning. He then establishes that his reward for the seder will be minimal, for he himself has a limited perspective of the Torah’s value. On the other hand, one who will not allow his learning to be interrupted under any circumstances other than when dictated by halacha shows that his evaluation of the Torah’s worth is beyond earthly gains. His reward will be immeasurable.

The same applies to our tefillos. How much are we willing to be moser nefesh to daven with a tzibbur? How much thought and effort do we put into what we are saying? And what about our attitude toward chesed? How much are we willing to exert ourselves to help a fellow Yid in his time of need? Are we willing to walk the extra mile or do we perform a chesed only when it’s convenient for us? These are all factors that will determine how much our payment will be. The more thought and effort we invest, the greater the bounty.

What taste did the monn in the midbar have? Its basic taste was like the taste of “dough kneaded with oil” (Bamidbar 11:8). But the Medrash tells us that it tasted like whatever a person wanted it to. If one concentrated on having a thick juicy steak, he would taste it in the monn. If one was in the mood of a mouthwatering piece of cheesecake, he would taste that (see Bamidbar Rabbah 19:22).

With this, the seforim explain the famous saying of Chazal, “The Torah was given to those who ate the monn” (Mechilta, Beshalach 9:31). What is the connection between the two? For just as with the monn one tasted it according to the thought he put into it, it is the same with Torah and mitzvos. The potency of our mitzvos regarding how deeply we feel them and what fruits we will reap depends totally on ourselves – on how much thought and effort we invest, and how much value we place upon each and every mitzvah.

There is another major benefit we gain from placing a value on mitzvos higher than any other commodity, and that is regarding the chinuch of our children. If they see that their parents placed the highest priority on serving Hashem, that is the greatest message we can ever convey to them. If they see their father’s simcha in limud haTorah, not letting anything interfere with his seder or shiur, that in itself is a most powerful mussar shmuess. If they see their mother’s joy in preparing for Shabbos or doing a chesed, it goes far and beyond what words on this subject can accomplish. Actions speak louder than words.

Unfortunately, last week, we had to pay a shivah call to the family of Rav Dovid Ozer Notis zt”l, who was niftar suddenly in Lakewood. May Hashem comfort them. Rav Dovid Ozer was an adam gadol, a holy Yid who spent his entire life sitting and learning and serving Hashem b’kedusha, having finished Shas b’iyun numerous times. I was very moved hearing how his sons spoke of him with such affection and reverence. His oldest son, Rav Shimon Dov, told me that sometimes he would wake up very early in the morning and hear his father reciting Birkas HaTorah. It was said with such fervor and emotion, with such thankfulness to Hashem for giving us the Torah. What greater lesson to children is there about the paramount nature of Torah in our lives? This is quite evident in the wonderful Toradike family that he and tbl”c his devoted rebbetzin raised.

We, too, can harvest the full yields of Torah with regard to both our reward and the chinuch of our children. The key is to infuse our avodah with thought and emotion, and to intensify our efforts in avodas Hashem.