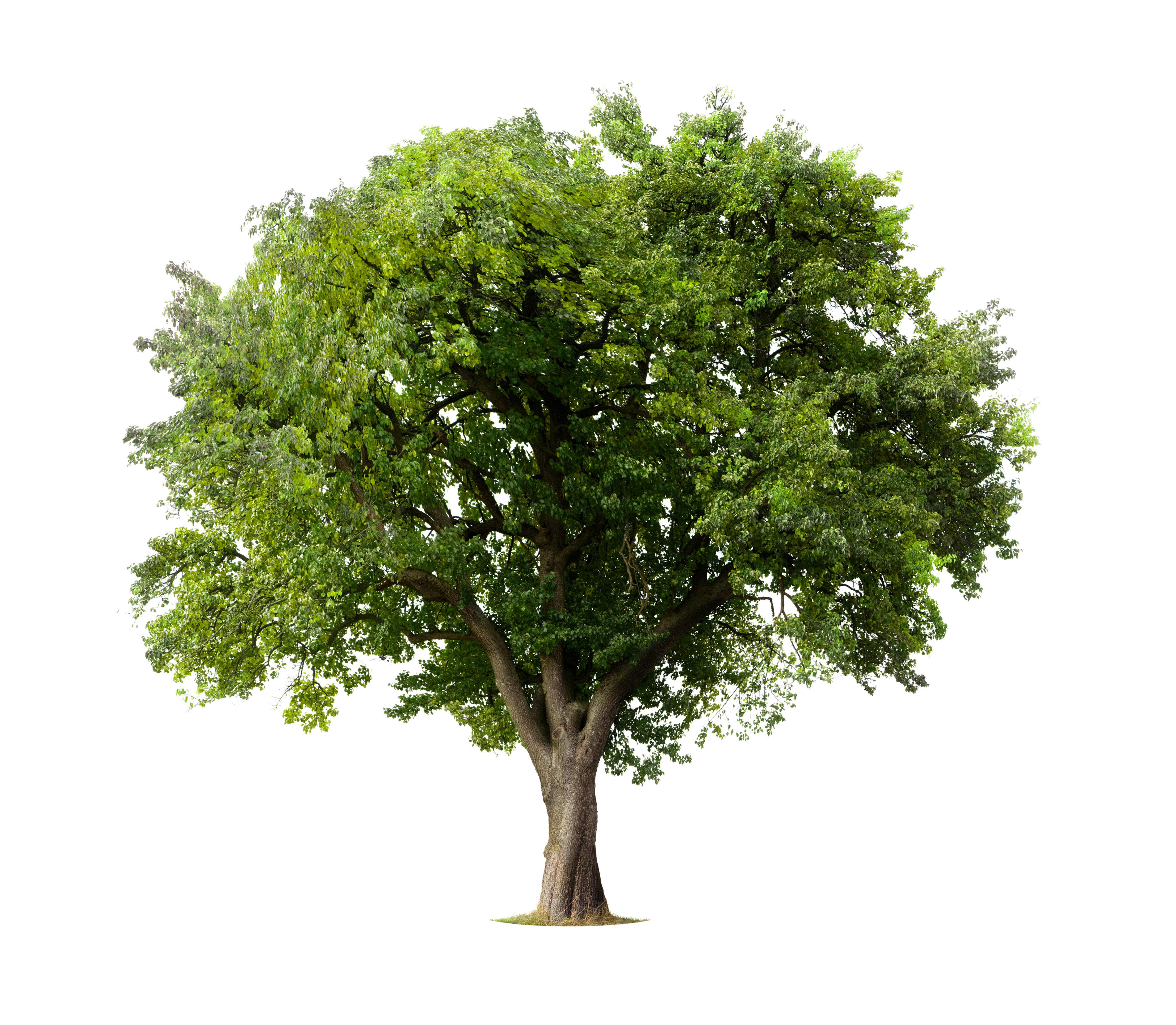 Human beings love trees. During our times, there is an extreme phenomenon known as “tree huggers,” who have elevated this ancient affinity excessively, just as PETA has exaggerated our natural concern for animals. However, especially with Tu B’Shevat coming, it behooves us to understand our proper relationship with trees.

As we know, the Torah declares, “Ki ha’adam eitz hasadeh – Man is like the tree of the field” (Devorim 20:19). Now, to be sure, Rashi translates this somewhat negatively as “is the tree of the field a man?” The Ibn Ezra and many other meforshim over the centuries have seen in this posuk a deep connection between man and tree. However, the exact association is not quite clear. Many homiletic teachings have been derived from this posuk. For instance, baalei mussar (e.g., Ohr Yechezkel, Darchei Ha’avodah, page 163) derive the thought that just as a tree will not give forth its fruit without a great deal of toil, so do children and even adults require much effort and cultivation. Just as trees, which are abandoned to themselves, do not generally provide the best fruits, so do our children and students need to be guarded from destructive influences and “fed” the proper diet of Torah and surrounded with good middos to emulate.

But there are other aspects of the relationship between man and tree that go even deeper. I actually became aware of them after Superstorm Sandy, whose effects are still felt in my area of Cedarhurst, New York. Here is what I shared in print after that devastating hurricane:

“As I walked around my Cedarhurst neighborhood after Hurricane Sandy, I couldn’t help but notice the trees. Beyond the destroyed homes, the piles of rubble, and the detritus of eviscerated lives, the fallen trees were haunting. Almost human in their pain, the now horizontal trees, in their lost dignity, told their own story of distress. The once majestic oaks, the elegant maples, the hardy birches no longer sang their shirah. Although their song in the universal symphony had been silenced, I felt as if they were whispering, “Imo anochi b’tzarah – We, too, are suffering and we feel your pain as well.” I began researching this close feeling that we have for the regal creations Hashem brought forth to give us our fruits and discovered an almost emotional kinship. A scientist named David Quammen recently climbed and studied the second tallest tree in the world, named by its explorers “the President” (National Geographic, December 12, 2012, page 41). When he descended, he bid farewell to his new lifelong friend with one word: “As I stood there,” he wrote, “the president released a small dollop of melting snow from a high branch. The snow scattered as it fell, dissipating into tiny flecks and crystals, catching the light as they tumbled toward me. ‘Gezuntheit,’ I said.”

Imagine! The tree sneezed and his friend responded as he would to any other acquaintance. Quammen goes on to speak glowingly of his friend in terms of its “durability and patience.”

So what makes a human being, with his complex brain and multifaceted personality, identify so closely with an inanimate simple bit of vegetation called a tree? In fact, a world expert on the subject reduced the definition of this magnificent creation to the simple phrase “a big plant with a stick up the middle” (Colin Tudge, The Tree, 2005, page 3). It is clearly not only we, who know the posuk and its interpreters, but scientists and mankind in general who speak of trees in human terms. In addition to Rav Yechezkel Levenstein’s explanation above, we find four parallels between man and trees that shed illumination upon this special relationship:

So what exactly is the “nature” of this extraordinary relationship between man and tree?

The Maharal (Netzach Yisroel 12 and Tiferes Yisroel 38) explains that “man is indeed similar to a tree, but he is an upside down tree. A tree’s roots are in the ground, but man’s roots are up above, in heaven. The tree’s essence – its root – is in the ground, but man’s essence is with Hashem, Who resides in the heaven above (see also Chiddushei Agados to Sanhedrin 92a and Rabbi Hartman’s footnote to Be’er Hagolah, page 84, note 271). We might be forgiven for suggesting that the Maharal has turned the man/tree metaphor on its head. Man is indeed like a tree, but is its mirror image. The tree is man’s most dramatic reminder that, as similar as he may be to any other creature, he remains unique in the universe. In fact, although the tree is the proud bearer of some human traits, only man has his own roots firmly planted in heaven. Therefore, his influence is not only upon his trees, as we learned earlier, but upon the entire cosmos (Sefas Emes, Bechukosei 5644).

The Sheim MiShmuel (Beshalach 5674, page 194) enlightens us by asking an interesting question: Why don’t we say Tachanun on Tu B’Shevat? After all, it seems to have no special kedushah, does not commemorate any particular event, and is not associated with a mitzvah.

He answers that man accomplishes spiritually what a tree does physically, which is bringing about “chibur shomayim va’aretz – the bond between heaven and earth.” Just as the towering tree reaches from the earth into the heavens, so does man, whose soul stems from the heavens above, yearn to connect back with his holy “roots,” as the Maharal taught us.

The Sochatchover Rebbe then draws this correlation even deeper by referring to the mitzvah of eglah arufah. When a murdered corpse has been discovered between two cities, the one that is closer must offer a sacrifice of expiation for not having done enough to prevent the crime. The Gemara (Sotah 46a) asks, “Why did the Torah say to bring a calf to a valley where nothing has ever grown?” It answers that Hashem said, “Let something (a calf) that has not borne fruit come…to a place that does not produce fruit to atone for the murder of one who was not allowed to bear fruit.” After proving that this halacha cannot apply only to a victim who dies childless, the Sheim MiShmuel deduces that the word “fruit” refers to mitzvos, meaning that this victim was prevented from fulfilling any more commandments. The rebbe concludes from this Gemara that the mitzvah/fruit analogy, just like that of man and tree, speaks of those creations that connect heaven and earth.

This concept gives us an incredible insight into the World to Come as well. Chazal (Yerushalmi, Kelayim 1:7; Bereishis Rabbah 5) teach that when the trees were first created, they all produced fruit. After the sin of Adam and Chava, some no longer gave forth fruit. However, in the future world, not only will they all once again produce delicious fruit, but, as they did in Gan Eden, they will do so instantaneously (Shabbos 30b; Toras Kohanim, Bechukosei). Since man will have achieved his long-sought perfection, the trees, which are so closely associated with him, will return to their original condition as well.

As we approach Tu B’Shevat, we will G-d willing soon eat fruits of the tree, perhaps make a Shehecheyanu on a fruit we haven’t tasted in a while, and count our blessings. But we will also be reminded to raise our sights even higher, above the highest branches, beyond the most bountiful crop, to the One Who created all and gave us the greatest gift, that of being “planted in His house above. Shesulim bevais Hashem.”