Two Weeks To Go, A Plan For A Change 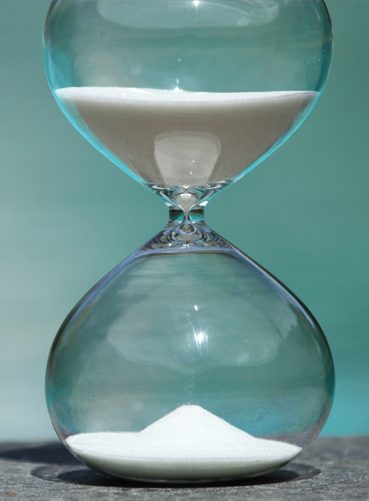 We have about two weeks to change everything. As we all know, Sefiras Ha’omer is all about middos. If we haven’t done so yet, there’s about two weeks left to work on ourselves. We must perfect our character traits for many reasons. First of all, one of the primary mitzvos of the Torah is to follow in the ways of Hashem (Parshas Eikev, three different places). This implies emulating the middos of Hashem (see beginning of Tomar Devorah). Secondly, one of the prerequisites of receiving the Torah is providing an appropriately clean and refined vessel worthy of its kedushah and grandeur (see Nefesh Hachaim, Shaar 4, Perek 5). Thirdly, since we are still in the period of mourning for the 24,000 talmidim of Rebbi Akiva who perished because of some flaw in their interpersonal relations, this is the time to upgrade our own bein adam lachaveiro. The question, of course, is how. Seven weeks seem like a long time, until we are in the homestretch and panic sets in. The rule of “tofasta merubah lo tofasta – trying to accomplish too much leads to nothing achieved at all” (Rosh Hashanah 4b) requires that we limit our goals. The early baalei mussar pointed to Yaakov Avinu’s ladder as the paradigm of ascension. As one put it, “one cannot jump up a ladder, because falling is worse than not rising at all.” Therefore, let us explore some strategies for budgeting our time and efforts in the weeks ahead, indeed making each day count in the full sense of the word.

There is well-known story about Rav Chaim Friedlander’s last days in this world. He had just received the dire news from his doctors that r”l he had only two weeks to live. His solemn and unforgettable question to Rav Elazar Menachem Man Shach zt”l was, “What should I work on during the time I have left?” Rav Shach did not hesitate for a moment, answering definitively that “you should work on perfecting your middos.”

I daresay that few of us would have given Rav Shach’s answer to a prominent rosh yeshiva. Perhaps something about Torah learning would have seemed appropriate; perhaps preparing some of his shiurim for publication could have been suggested. But Rav Shach sent each of us a personal message through this incredible response. There is nothing more important in our lives than working on our middos. Hopefully, with Hashem’s help, this will be over a long lifetime of avodah, but in the meantime, let us attempt to approach Shavuos with new attainments in this area.

We will begin with the most obvious of Sefirah objectives: simply being nice to everyone we encounter. The Mesilas Yeshorim (chapter 19) reduces this aim to its most basic resolve: “never to cause pain to any creature and to show compassion and pity for them.”

A bit further, the Ramchal adds that the chossid, righteous person, “should constantly seek to make people happy, never causing them any suffering.”

Rav Itzele of Volozhin, in his famous introduction to Nefesh Hachaim, quotes the oft-repeated injunction of his father, Rav Chaim, that “man was not created for himself, but to help others as much as possible.”

In an extraordinary letter, the Vilna Gaon writes that the “majority of the Torah [is about] bringing joy to people” (quoted by Telzer rosh yeshiva Rav Ahron Dovid Goldberg in his commentary to Mesilas Yeshorim, Uvo Sidbak, page 376, note 84). This may be a practical first goal for a few weeks of middos enhancement. Even if at first this doesn’t seem like much for scrupulously frum Jews, let us remember Rabbeinu’s Yonah’s strong mandate that “it is best for a person to bring one middah to perfection…than to upgrade many without achieving impeccability with any of them” (commentary to Pirkei Avos 2:12).

To illustrate that this may not be as simple as it seems, we must remember the Alter of Kelm’s admonition that “although rachamonus is a wonderful middah, nevertheless, Shaul lost his kingdom because of [misplaced] rachamonus” (Chochmah Umussar 1:102). Clearly, even, and perhaps especially, in the complicated world of middos perfection, we still need a rebbi and guide.

Rav Eliyahu Eliezer Dessler zt”l (Michtav M’Eliyahu 2:160) gives us specific guidance for the next middah to work on. In fact, he teaches that “there are three basic kochos — powers – which lead us to the ultimate good we seek: The first is chesed, the second is fear of heaven and the third is truth.” We have already explored one avenue of achieving chesed, and in last week’s column we discussed emes, so we shall now move on to yiras Shomayim and see if there is something that can be accomplished in a short period of time.

The Mesilas Yeshorim (also in chapter 19) informs us that there are three thoughts that are sure to lead us to yiras Shomayim: “The first is that we must be aware, at the very least when we are davening, that we are standing directly in front of our Creator and engaging in a dialogue with Him. Secondly, we must consider how sublimely great Hashem is in His glorious perfection. Thirdly, we must contemplate our own lowliness and ignominy, as we entreat Him, even in our iniquitous state.”

Is there a two-week program for bolstering yiras Shomayim? Perhaps a trip to the house of Brisk would help us. The Brisker Rov zt”l was known to be exceptionally scrupulous about the baking of shmurah matzah for Pesach. The long list of his chumros – halachic stringencies – has been published, and there is even a poetic version of the entire inspiring procedure (published at the beginning of the Brisker Haggadah, MiBais Levi). A group of chassidim once asked the Rov why he is so incredibly insistent upon every safeguard he built into the baking. The Rov responded with a powerful metaphor. “Now listen carefully,” he virtually commanded. “Everyone knows that a medical operation requires a perfectly sterile environment. All germs must be completely eliminated from the operating room, for the danger of infection to the patient via the incision is very great. The room and all the instruments to be used in the operation are sterilized. The surgeon and his assistants don sterile gloves and masks to prevent the possibility of germs entering the patient’s body. Chometz,” said the Rov, “is a germ – a germ called kareis (being cut off from the Jewish people by early death or similar punishments). As much care as we could possibly take to guard ourselves from this dangerous germ still wouldn’t be enough” (The Brisker Rov, English edition, volume 2, page 564). The Rov’s son, Rav Dovid, reported that one esteemed gadol, who was present when these words were uttered, is still “seized by trembling when he recalls Maran’s words.”

Although very few, if anyone today, are on the yiras Shomayim level of the Brisker Rov, his father, Rav Chaim, or, for that matter, his grandfather, the Bais Halevi, there is a powerful pragmatic lesson to be derived from this anecdote for all of us. We must at least try to treat the possibility of halachic transgression as being as dangerous as physical peril. Each generation has its own fears and apprehensions. Like the Brisker Rov, we must learn to concretize the possibility of transgressions into scenarios we would avoid at all costs. When we say that “it’s only a derabbonon,” we must ask ourselves if there was a bowl on the table that might be holding food or rat poison, is there any chance at all that we would feed it to our children? Yet, we often will turn a safeik – halachic doubt – into a hetter, a free pass. We must learn from the Brisker Rov that a spiritual danger is at least as toxic as something we think may be extremely harmful. Carrying that metaphor with us can help us realize the goal of achieving proper yiras Shomayim.

One conclusion of our lesson plan may simply be that we need to think more about the consequences and ramifications of our actions, whether bein adam lachaveiro or bein adam laMakom. As we learned from Rav Chaim Volozhiner, the better we become now, the more glorious and life-changing will be our Mattan Torah in just two short weeks, im yirtzeh Hashem.