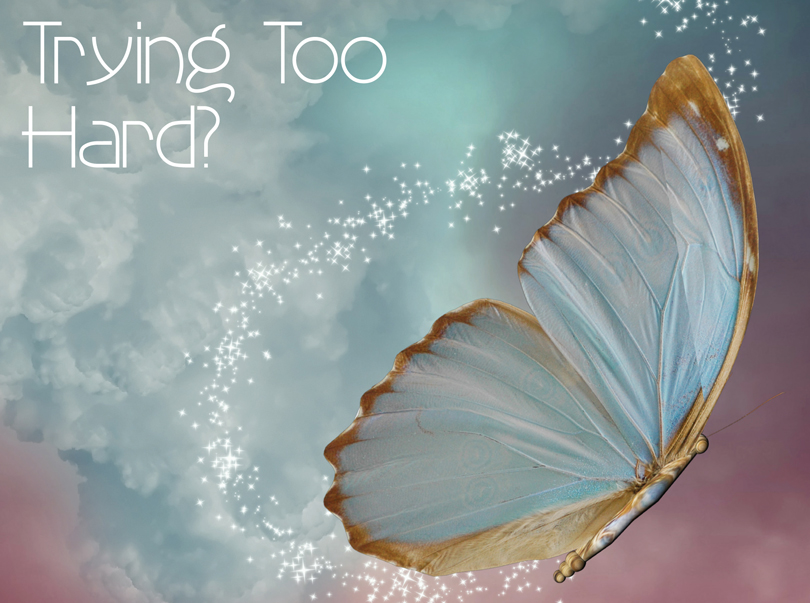 I’ve been doing a lot of thinking lately about the question of hishtadlus. This is a hot topic among people who are either searching for a shidduch or have children “in the parsha.” Just how much effort is warranted in the search? And how much is too much?

The reason this has been occupying my mind is because of two very different true stories that I heard recently. One of them features the mother of a large family – a pious woman who serves as a spiritual role model for many – who does not believe in doing too much checking into the individuals that are suggested as matches for her children. She contents herself with the basics, gleaning a sense of who the potential candidate is and where he or she comes from, rather than embarking on an all-out campaign to sniff out every detail. So far, her approach has worked: all of her children have made wonderful shidduchim and are raising families that bring her much nachas.

On the flip side of the coin is an acquaintance whose daughter’s marriage sadly fell apart within a year of the day she and her chosson stood beneath the chuppah. When questioned about it, the girl’s mother said that they’d learned a painful lesson about the process of amassing information about a potential shidduch. “We didn’t ask the right people,” she said sorrowfully.

Where does the truth lie? Is it proper to mount an exhaustive investigation into every aspect of a prospective match, to engage in assiduous detective work in an attempt to ferret out every unsavory detail that may be lurking beneath the surface? Or is it better to put one’s trust in Hakodosh Boruch Hu, the ultimate Matchmaker, and limit one’s personal efforts in such a way as to reflect that bitochon?

The same question is equally applicable to other areas of life which demand effort on our part. How many hours of overtime must a person put into his job before he can sit back and declare, “I’ve done my hishtadlus”? I know someone who buys a single lottery ticket every year. If he’s meant to win the lottery, he says, Hashem can send the money just as easily through one ticket as through a hundred. Of course, the fellow in question holds down a regular job, too. He does not sit back and rely on miracles in the guise of big-ticket sweepstakes. Where to draw the line between trying enough and trying too hard?

We all know people that, in our judgement, are not putting in enough effort into whatever area challenges them. At the same time, trying too hard may be a symptom of a faulty bitochon. If we try to do it all ourselves, we leave little room for Hashem’s blessings to flow.

Years ago, I spoke to my rov about whether I was putting enough hishtadlus into a certain area of my life. He answered with words that filled me with a sense of instant peace. “I give you permission to be passive,” he said. “You’ve done enough.”

I once heard a fascinating lecture on this subject by R’ Akiva Tatz. He quoted a Midrash Eichah about the different levels of bitochon evinced by four famous Jewish kings.

All four kings were faced with the necessity of doing battle against an enemy of Israel. But each of them approached the battle differently, in a way that was reflective of his own and his generation’s spiritual level.

Dovid Hamelech, the warrior king, announced with confidence, “I will pursue my enemies and I will destroy them.” To which Hashem replied, “Af ani oseh kein. I, too, will do so.”

King Asa was not as confident as Dovid had been. He said, “I will pursue my enemies, but I do not have the power to destroy them.” He was willing to pursue the enemy, but asked that Hashem conquer them through a miracle. And Hashem answered, “Af ani oseh kein.” He agreed to the king’s terms.

Next came King Yehoshofot, who was not certain even of his ability to pursue his enemies. “All I will do,” he said, “is sing.” He took his people into the Bais Hamikdosh, where they proceeded to daven and say Tehillim. And Hashem utterly routed his enemies.

Last of the four was King Chizkiyah, whom Chazal tell us was so great that Hashem considered making him the Melech Hamoshiach. The wicked Sancheriv and his army were encamped around Jerusalem. Said the king, “I can neither pursue nor destroy the enemy. I cannot even sing.” Astoundingly, he added, “I am simply going to sleep.”

During the night, while King Chizkiyah slept, Hashem sent a plague to wipe out Sancheriv’s entire army.

Which of these kings was on the highest level?

Our intuition would choose the last one. After all, Chizkiyah trusted Hashem so implicitly that he did absolutely nothing to help himself. He went to sleep and relied completely on Hashem to deal with his enemies. Conversely, you’d think that Dovid Hamelech, by going out to pursue and to engage his enemy with the sword, was on the lowest level… But Chazal tell us that the exact opposite is true. It was Dovid who reached the loftiest levels of bitochon in Hashem.

Dovid was able to teach the world that physical actions count for nothing. Even as he fought and sweated and drew blood, he knew with rock-solid certainty that his victory in battle came from Hashem.

There is always a danger, when engaging in hishtadlus, that we will attribute our success to our own efforts. This is what the other three kings – Asa, Yehoshofot and Chizkiyah – were afraid of. They each felt that the level of their generation was such that they ran the risk of putting their own egos into the picture and thinking that they were the authors of their victory. Therefore, these kings asked Hashem to show openly that the results were actually in His hands.

It was Dovid Hamelech who never, for a single instant, forgot that, his own physical effort notwithstanding, success lies only with Hakodosh Boruch Hu. It was he who penned the immortal words shivisi Hashem l’negdi somid. By placing Hashem before him always, he was able to epitomize perfect trust in his Creator.

All of which brings us to a possible clue to our conundrum. Maybe there is no cut-and-dried answer to the question of hishtadlus. Maybe it all has to do with the level that a person is on with regard to his bitochon in Hashem. We all know that hashgochah is most active in the lives of those who make Hashem a constant presence in everything they do.

When Rav Yosef Chaim Sonnenfeld’s wife once told him that they were short of money, he went outside, walked along looking at the ground, and picked up a gold coin lying in the dust. That was all the hishtadlus that he, on his level, required. Similar stories abound regarding other great Torah personalities.

Let’s take a page out of Dovid Hamelech’s handbook. Shivisi Hashem l’negdi somid! The more we realize that our efforts are not the determining factor… the more we are aware that ultimate victory lies only in Hashem’s hands… the less our egos are involved in our successes or failures… the clearer it will become to us just how much or how little hishtadlus is required of us, to bring about the desired goal.