The Mystery of Tishah B’Av Afternoon: A Glittering Light in the Midst of the Darkness 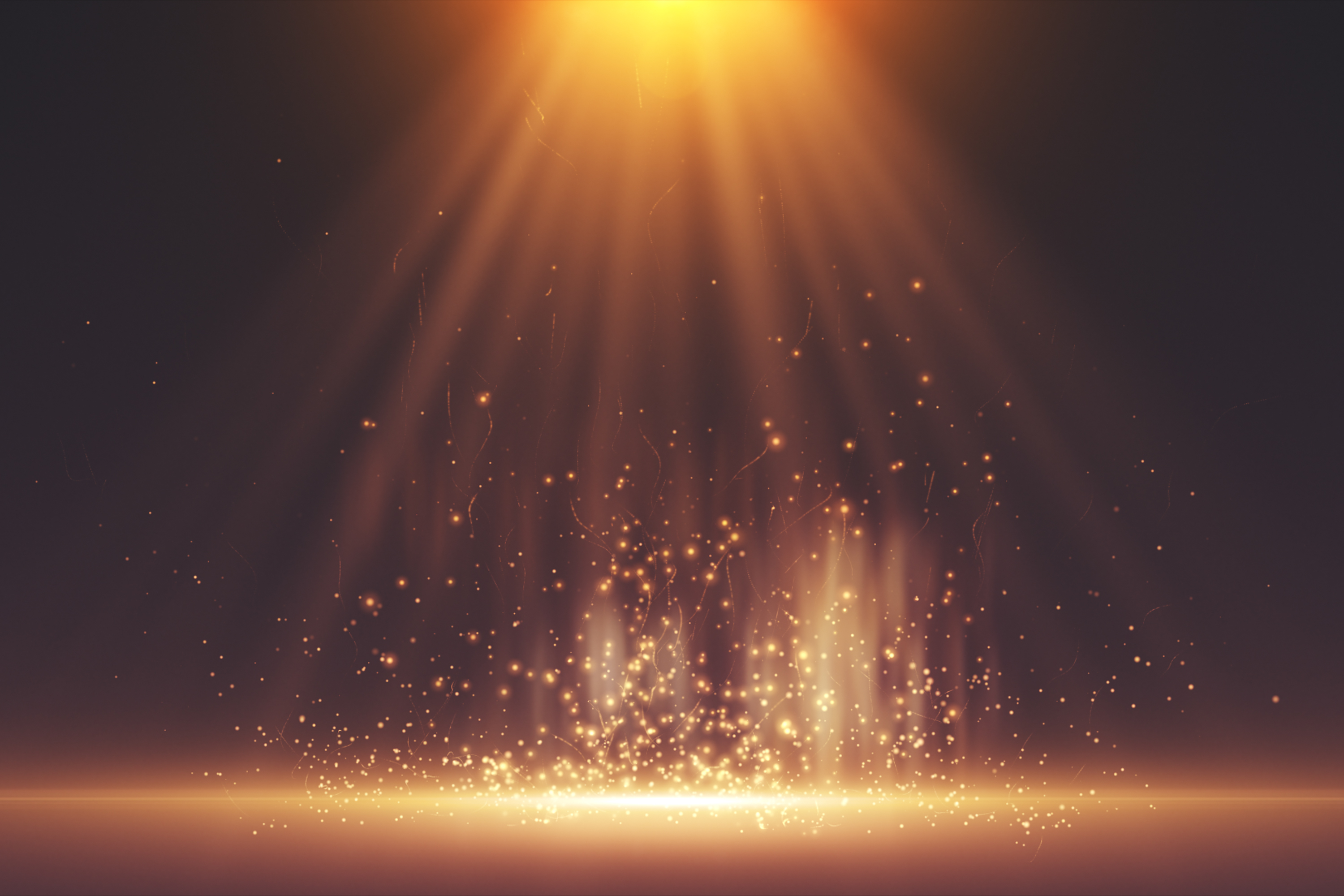 The great spiritual hero of Churban Europa, the Klausenberger Rebbe zt”l, raises an ancient question and offers an astounding answer.

The Shulchan Aruch (Orach Chaim 559) rules that on Tisha B’Av we do not recite Tachanun because the day is called a moed (Eicha 1:15), usually a kind of Yom Tov. Rav Chaim Vital quotes his rebbi, the Arizal, who says that another reason for this leniency is that Moshiach will be born on the afternoon of Tisha B’Av.

The Klausenberger Rebbe, amongst many others, points out that it seems incongruous to be lenient on the afternoon of the ninth of Av, when the majority of the Bais Hamikdosh was destroyed at that time. The rebbe (quoted in Umasok Ha’ohr, Bein Hametzorim, page 230) suggests a different approach. “We know,” he explains cryptically, “that the essence of our pain and anguish on Tisha B’Av is over spiritual losses. Our bereavement is because the Shechinah has been removed from us and we cannot serve Hashem properly or receive the kapparah – atonement – we seek. Therefore, since during these momentous hours things happened that bound us forever to the Shechinah, meaning that Hashem will be with us in our exile, there is room for a certain aspect of joy.”

What exactly is this mysterious source of illumination in the darkness?

One possible source (ibid.) is Josephus’ description of what happened Tisha B’Av afternoon under the Roman assault on the Bais Hamikdosh: “When the Romans tore open the gate to the Kodesh Hakodoshim, they blew their trumpets joyously. The Kodesh Hakodoshim burst into flames, which began to spread to the entire structure. Titus ran with all his might, attempting to extinguish the flames, but he could not because the marauders were overwhelming his efforts. Although Titus was screaming at them to stop, they did not heed him, for the fire had seemed to take on a life of its own, aided by the growing numbers of invading soldiers. When Titus saw that he was not being obeyed, he drew his sword and threatened them, to no avail. Finally, bereft of any voice or power, Titus gave up the fight.”

What happened here? Did Titus the reprobate suddenly become Titus the repentant? Not quite. What happened, according to the rebbe’s assessment, was that Titus knew very well that if the Bais Hamikdosh was not destroyed completely, the Shechinah would remain in its confines. He would send Klal Yisroel into a bitter golus, but the Shechinah would remain in Yerushalayim. He thought that if he could accomplish this, he could bring about the elimination of Klal Yisroel forever, chas veshalom. Titus therefore fought valiantly to save the Kodesh Hakodoshim so that, as far as he was concerned, he would be the “host” of the Shechinah. But our heavenly protector, the angel Michoel, overruled the enemy, making sure that if exile was unfortunately decreed upon Klal Yisroel, the Shechinah would accompany us upon our tragic journey. (See Eicha Rabbah 1, which confirms this testimony of Josephus.)

This is the secret of our arising from the Tisha B’Av chairs and our mourner’s positions on the floor. Hashem had just saved us from solitude by allowing His beloved house to be destroyed completely. Ironically, in one of the great role reversals of history, our mortal enemy was attempting to stop the physical destruction and our malach in heaven was making sure that for the next two millennia and more, Hashem’s Divine Presence would never leave us for a moment. Although we mourn, we do not say Tachanun or Selichos, and although we cry, we take solace from the fact that our Father in Heaven will be there to soothe us.

I once heard the Novominsker Rebbe repeat a conversation between a young talmid of his yeshiva and his mother-in-law, a survivor of several concentration camps. “Where was the Ribono Shel Olam during the churban?” the young man asked pointedly. The stalwart old rebbetzin responded, “In yeider vinkel – In every corner.”

I believe that the Klausenberger Rebbe, too, felt this explication with every fiber of his holy body. Since Hashem had no home in the Bais Hamikdosh, He was and is with every Jew at every moment during the most trying days and years of our lives as a nation. And this is something that must be acknowledged even – and perhaps especially – on Tisha B’Av.

To begin to understand this more fully, we must listen in for a moment to the heavenly Maggid (an angel who taught Torah to Rav Yosef Karo) as recorded by the Shela Hakadosh (Volume 1). The Bais Yosef told his talmidim, including Rav Shlomo Alkabetz (author of Lecha Dodi), that the Maggid had shared with him that “if you even understood one millionth of the pain Hashem feels over the churban, you would not be able to experience any enjoyment when you eat, because everything would be so bitter” (quoted also in Siddur HaGra, Shir Hashirim 5:3, in the name of Rav Chaim of Volozhin). The Shela concludes that when Rav Alkabetz and the members of the “Holy Assemblage” heard these solemn words, they all burst out crying over the suffering of the Shechinah.

In truth, Rav Yehudah Halevi, in his Kinnah “Tzion Halo Tishali,” laments eloquently “how can my palate enjoy food or drink” when the Bais Hamikdosh has been destroyed? However, in actuality, after Tisha B’Av, we go back to our regular lives, eat drink, smile and often forget about our horrific loss. But Hashem’s pain is constant. The Gemara (Avodah Zarah 3a) tells us that from the moment of the churban, Hashem has no joy, and the Medrash (Yalkut Shimoni, Eicha 1:009) adds that “this situation will continue until the Bais Hamikdosh is rebuilt and Klal Yisroel is returned to its walls.” Thus we see that Hashem does not expect or demand that our mourning will be as profound as His own. Hashem realizes that we are but mere mortals and cannot mourn constantly. So He gives us a pass, which already begins on Tisha B’Av afternoon, when we emerge somewhat from even our one day of complete aveilus for the Bais Hamikdosh. This is His gift to us that we may return to living and enjoyment, as long as we take that one day seriously.

This concept is most openly mentioned in Tanach in the posuk of “Imo anochi betzarah – I am with him in distress” (Tehillim 91:15). Chazal (Sanhedrin 46a) tell us that this means that “Hashem declares, ‘My head and My arms are heavy upon Me.” Now, surely we all know that Hashem has no body and can feel no physical pain. What this means is that our Father in heaven causes Himself to suffer so that He can commiserate with us and remove the hurt for the majority of the time. He only wants us to actually agonize over our joint loss one day out of the year. The lead-up to Tisha B’Av, be it three weeks, nine days or a week, is merely to allow us to develop the powers of empathy and true caring for our Creator’s anguish.

We are undoubtedly not on this level, but we must at listen to Rav Aharon Leib Shteinman’s response to a question that was often posed to him: “Rebbe, why won’t you sit on a normal chair that has a back? It must be so uncomfortable to sit without being able to lean back!” Rav Shteinman would gently answer, with all of his sweet humility, “If Hashem’s chair is not complete until the ultimate geulah, when we will triumph over Amaleik, how can I sit on a chair that is complete and perfect?”

In the days of Rav Yehoshua Leib Diskin, there was a period of time when there were many tragedies in his city of Yerushalayim. He utilized a method limited to a few giants even in earlier generations and “asked a question in a dream.” He inquired, “Why is this happening?” and was told, “I have no home, foxes are prancing about in its walls, and you dance at weddings with music and fill your mouths with laughter.” The Maharil responded by issuing the edict that is in force to this very day in Yerushalayim. “From this moment forward,” the rov of the city declared, “there will be no bands and orchestras at weddings in Yerushalayim. Only a drum will be allowed.” The plague and all other manifestations of Hashem’s displeasure ceased and everyone acknowledged that at least in Yerushalayim the churban may never be totally forgotten.

So where does Hashem, so to speak, go if He is homeless?

The Gemara (Brachos 8a) reveals that “since the destruction of the Bais Hamikdosh, all Hakadosh Boruch Hu has is the four amos of halacha. On Tisha B’Av, we cannot learn most of the Torah, so we feel His absence in our lives. But the very next day, we go back to our Chumash and Gemara, to our Mishnah and Shulchan Aruch, and we are home again until, G-d willing, we reunite totally with our Creator in our home of joy, the Bais Hamikdosh, bimeheirah beyomeinu.