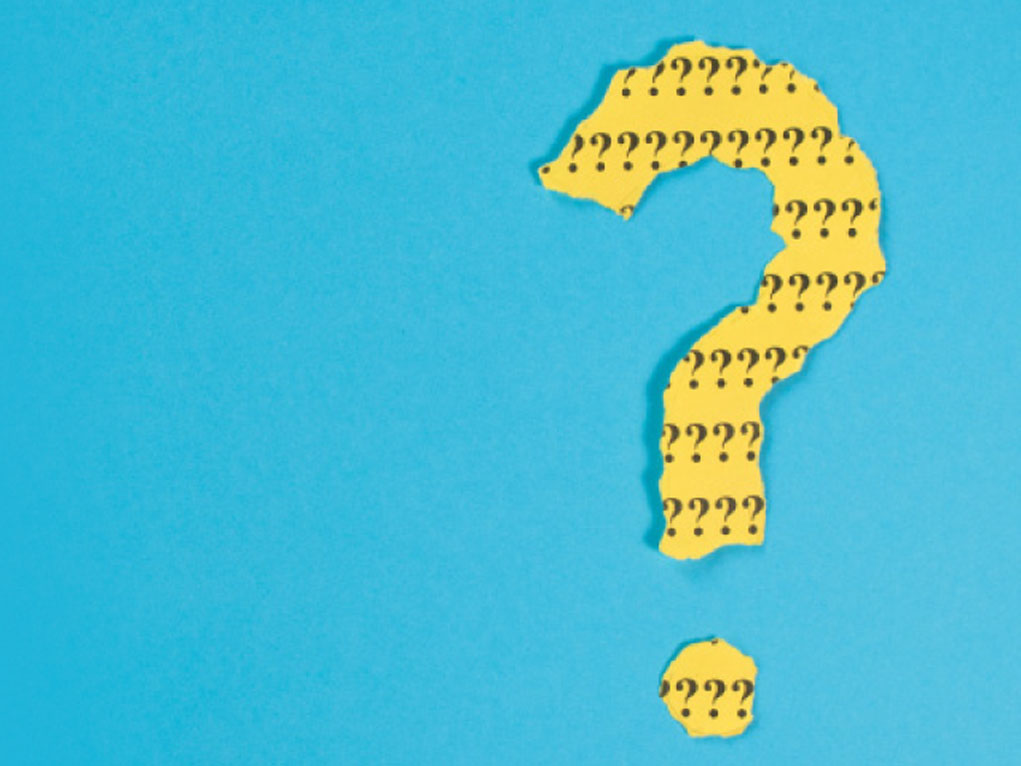 Perhaps this is just me. We have all heard from many Torah sources that this is not a philosophical generation. In the past, such as the time of the Haskalah, Jews were plagued by theological questions such as theodicy, various “Bible Critics,” both Higher and Lower, and sundry flavors of kefirah and apikorsus. These, in turn, gave birth to deviant movements such as Reform, Conservative and Reconstructionism and the proverbial she’ar yerakos. We have been told that our dor, however, is more beset by the scourges of materialism, spiritual ADHD and the malaise of apathy and ennui. Until recently, this indeed seemed to be the case.

However, somewhat strangely, in the past few months, several people, from varying backgrounds, have shared their troubles with me about an ancient hashkafah issue. They have all been exceedingly bothered – to the point of sleepless nights and agitated days – by the clash of yediah and bechirah. This generally translates into the ostensible contradiction between Hashem’s absolute foreknowledge of everything and the equally absolute freedom of human beings to do whatever they want. To be sure, this issue, as we shall see, has been discussed by such giants as the Rambam, for centuries. Furthermore, if someone had asked me a year ago if this would ever become a major personal problem, I would have laughed dismissively. Yet, in all truth, I would have been totally wrong. Therefore, in case there are others who are also thinking about this somewhat esoteric topic or have been approached professionally, the following is an initial attempt at ascertaining why this is happening and how to approach the subject as Torah Jews.

First of all, the Rambam (Hilchos Teshuvah 5:5) addresses this question directly and forthrightly. After describing the full range of free will with which each human being is endowed, He raises the issue, “But perhaps you will ask, ‘But does G-d not know whether or not a person will be righteous or not? Is it not then impossible for him to do otherwise?’ You should know that the answer is extremely complicated… We cannot understand the mind of G-d or His thoughts.” The Raavad, however, is not at all pleased with the Rambam’s presentation. He responds that “this author has not conducted himself like earlier sages who do not begin something if they cannot complete it. He should not have raised the issue and brought doubt into people’s minds.”

Now although the Rambam and Raavad do express some approaches to this pivotal philosophical query, we are left without a clear path to understand this difficulty in properly perceiving Hashem’s ways.

My rebbi, Rav Yitzchok Hutner, has been quoted by several of his closest talmidim as elaborating on the words of the Rambam in a way that we can incorporate into our daily lives. He explains (as quoted by Rav Dovid Cohen in several places, such as Ohel Dovid 6:19; Maaseh Avos Siman Labonim 2:15) that these two approaches to Hashem’s prior knowledge and free will are not in contradiction with each other. As the Rambam stated, “My thoughts are not your thoughts” means that each of them is correct and efficacious in its own dimension. They each exist on a separate plane and function in their own way. Therefore, picking up on what the Rambam stated, when discussing Avrohom Avinu, he exercised his free will to go down to Egypt, and was accordingly punished for his sin in doing so. Nevertheless, this was part of the Divine plan that Klal Yisroel should descend to Mitzrayim with all the consequences of that event.

These cryptic words are explained by Rav Cohen in many ways with many analogies. One of them is Tosafos’ famous question (Shabbos 88a) about Mattan Torah. The Gemara tells us that Hashem raised Har Sinai above us so that we would accept the Torah. However, we also know that we accepted the entire Torah willingly when we declared naaseh venishma. The Maharal resolves this problem by asserting that Hashem wanted to establish that we are His slaves and literally belong to Him by the force of the raised mountain. Rav Cohen adds elsewhere (Masas Kappai 3:14, 4:83, and Birkas Yaavetz 2, “Teshuvos Habonim Uteshuvos Ha’avodim”) that we have a dual relationship with Hashem, that of children to a father and that of slaves to a master. In the same way, G-d is in control and we have free will. These two middos function independently of each other, which, as the Rambam explained, is beyond the mortal mind of man to understand.

I once took my children to the top of the Empire State Building, where we looked down at the tiny cars and people crossing streets. Suddenly, we noticed that two cars were traveling at high speeds toward each other in perpendicular directions, one down Fifth Avenue and the other down 34th Street. It seemed inevitable that they would crash, and indeed there was, mercifully, only a minor accident right in front of us. I later utilized this actual metaphor when discussing our subject. If we can imagine, to some extent, our “playing G-d” from this height (although obviously not quite in heaven), we could literally see and predict something happening but are nevertheless not the cause, let alone the Prime Cause. To be sure, there are many differences, but at least we can get a bit of understanding how one can be aware of something about to happen without being directly involved.

After marshaling numerous proofs to this thesis, Rav Cohen turns to our era. Shlomo Hamelech (Koheles 12:1) warns that we should “remember your Creator in the days of your youth, before the evil days come, and those years arrive of which you will say, ‘I have no pleasure in them.’” Chazal refer to old age as the evil days, and to the “years when you will have no pleasure” as the era of Moshiach, when there will be no punishment or reward. The Ramban (see his commentary to Devorim 30:6) explains this last cryptic application as “being a time when there will no free will and therefore no consequences for our actions. It will be like the days before Adam’s sin, when he did what was right naturally and had no desire to do the opposite.” Rav Cohen adds that in old age, when many of the desires of youth have weakened or disappeared, there is once again no reward for refraining from what is no longer desirable or possible. Hence, both old age and Yemos HaMoshiach carry the liability of no longer being a source of proving ourselves to Hashem.

Perhaps we can now understand what may be happening to many of our more sensitive souls. As we approach the End of Days, when we will no longer be tested, we will have to rely upon what we did during our days “at school.” Rav Elchonon Wasserman taught us that we are certainly in the era of Ikvesa D’Meshicha, just before the coming of Moshiach. Many people already feel some of the pressure of perfecting ourselves while we can. Furthermore, we may already be feeling the resolution of yediah and bechirah, when Hashem’s knowledge and plan will triumph over our own and we are feeling ourselves caught up in something much larger than ourselves. As Rav Elchonon said, although Moshiach has not yet come, the prelude and prerequisites are starting to be put into place.

Perceptive souls are starting to wonder if their actions count. If Hashem is running the universe, what is the use of all our ordeals, trials and tribulations? The answer is that we are actually at the time when every thought, word and action counts the most. If anything, this may be the most exciting and productive time in history to be alive. The Chofetz Chaim almost a century ago was already warning that the great Accountant is auditing the Books. Some people have the antennae to feel the pressure and wonder what is happening. But according to the Ramban, Rav Hutner, and yibadel l’chaim Rav Dovid Cohen, these are the best of times, when our every good decision means the most to Klal Yisroel and even all of humanity.

Let’s therefore take up the challenge. These are the greatest moments to make all the right decisions, to change the course of history for the better. We know that Moshiach can come sooner or only later. He can come with ease and miracles, or, G-d forbid, with pain and only at the last minute when his coming is inevitable. In this month of luminescence, let us each do our part with the exciting free will we were granted to bring Moshiach’s light speedily in our days.