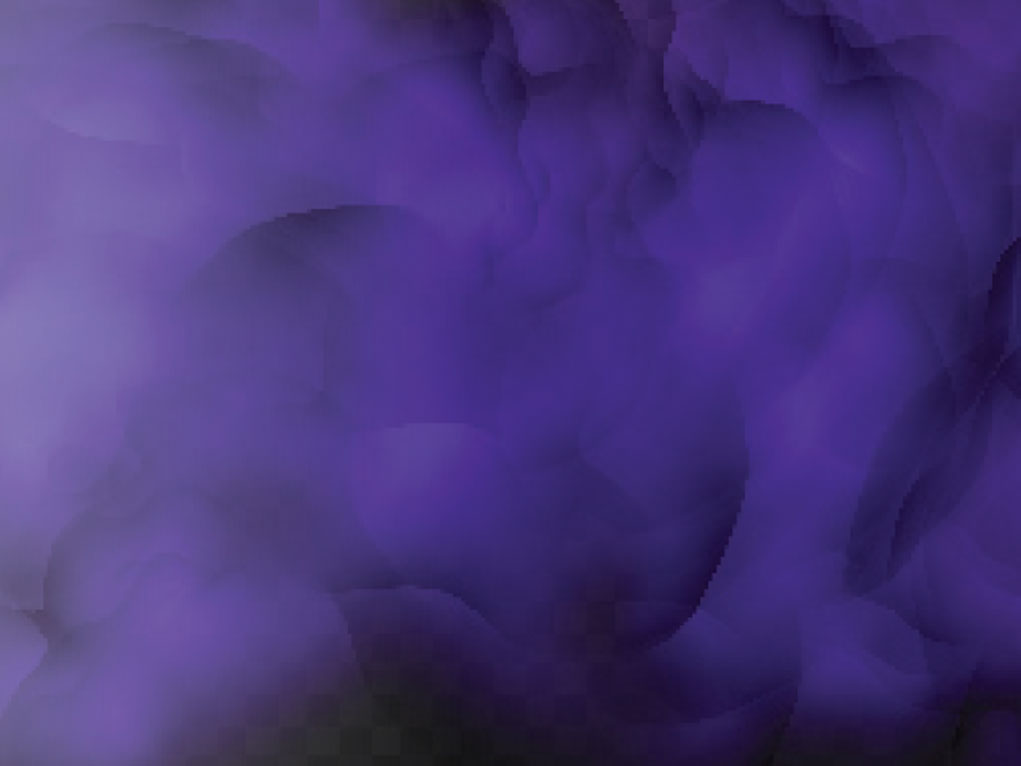 The dust had barely settled after Election Day. High expectations for a resounding Republican victory turned to disappointment, as they would remain in the minority in the Senate and their majority in the House of Representatives was not yet certain. Yet, the presumed future House Majority Leader Kevin McCarthy already made an announcement. He said that he plans to fully reopen the House of Representatives to the public. Sounds good, but what does that mean?

It means more investigations, as if that’s just what our country was missing. There will be more probes into Hunter Biden’s laptop, his shady business dealings, possible ties to China, and the role of his father, President Biden, in all of this. Rep. Michael McCaul (R-Texas), who will take the top spot on the House Foreign Affairs Committee, said that they will also investigate the disastrous hasty exit from Afghanistan. This, said Rep McCaul, is a “top priority for the GOP.”

I do not wish to minimize the importance of such investigations. Corruption in the highest echelons of government is a serious matter. It compromises both the integrity and security of our country, and that should be rectified. The weakness and inefficiency in Afghanistan made us a laughingstock to the rest of the world and emboldened countries like China and Russia in their bid to expand into other sovereign countries. But there are many more key issues that the country faces that should be much more of a priority.

The economy is at a low. Prices are skyrocketing. The Biden administration’s energy policy and its worship of the climate change religion have ruined our energy independence. Now we are at the mercy of other countries. The southern border is open and we are being overrun by illegal immigrants. Crime is on the rise throughout America, with progressives everywhere, ignoring the problem as they blame it all on gun control.

Americans are sick and tired of investigations. The latest probe into former President Donald Trump and a raid on the home of Rudolph Giuliani or some other Trump associate is old hat. No one really cares. What really concerns people is their pocketbook and the safety of their neighborhoods. And what are the chances of House investigations getting anywhere with Democrats in control of the Senate, the Justice Department, and the presidency?

It has been said that “resentment is like drinking poison and hoping it kills your enemies.” This is not about getting us back on the right track. It’s about tit for tat, getting back at the Democrats for all of their shenanigans against Trump. Apparently, they feel that revenge is more important than focusing on rectifying the nation’s ills.

So here is what we’re in for. The Democrats will be busy investigating Trump and the Republicans will be preoccupied with investigating Biden while the country is falling apart.

The country is deeply divided and the power of the once proud United States of America is being gravely compromised. The Russians are laughing, the Chinese are laughing, and if the fool weren’t mine, I’d also be laughing.

Nowadays, there is great potential for danger to one’s ruchniyus when following politics, for it is a ruthless business. It wasn’t like this in the olden days. Yes, there were hard-fought campaigns and heated exchanges in Congress, but the politicians generally acted in a more dignified, statesmanlike manner. Opposing parties were willing to negotiate and work with one another for the good of the country. Generally, there was none of the mudslinging and character assassination that we find today. In addition, members of the news media did not actively stir up animosity between the parties.

Today, all of this has changed. The attitude is that all is fair in war. Insults, innuendo, and scandals are all part of the game. The media is only too happy to exacerbate the matter as they gain viewers. Social media magnifies the divide many times over. There is such rage and animosity against those who disagree with us. And there is glee at the other side’s downfall.

It is easy for one who follows all of this to get caught up in the fray. To feel that inner animosity and anger at those who oppose his views and wish the worst upon them. And one begins to laugh along as indignities are showered upon opponents. He loses his own sensitivity to the feelings of others. And it goes without saying that when getting emotionally involved in the elections, one can easily lose his proper perspective. That no matter what the results are, all is in the hands of Hashem and politicians are powerless to change that reality. For a Torahdike Yid, this goes counter to all that we stand for.

We are taught that words are like arrows and that shaming someone is tantamount to shedding blood. It seems funny when one hears another gaffe from the president. But is it really humorous? And hearing that he is supposedly losing his cognitive skills is not something to laugh at. Even if we do strongly disagree with his policies, we are allowing ourselves to lose our sensitivity to people’s feelings and compromising our middos. The fact that some politicians can be vicious and get you upset is no excuse for us to react in an unbecoming way.

In this week’s sedrah, we learn about the extraordinary conduct of Yaakov Avinu despite Lavan’s despicable behavior towards him. The Ponovezher Rov, Rav Chatzkel Levenstein, would say that when we learn this parsha of Yaakov and Lavan, we must stop a bit and contemplate the vast chasm between them to understand the great lofty level one can reach if he works on his middos, and conversely, to understand what an abyss one can sink into if he follows his yeitzer hara and desires freely.

Lavan knew very well what motivated Yaakov to leave him. For seven years, he employed Yaakov with the promise that he would give him Rochel as a wife. In the end, he tricked him and gave him Leah with the excuse that “such is not done in our place to give the younger before the elder.” After that, Yaakov worked an additional seven years for Rochel. In all of those years, he worked with indescribable dedication. As Yaakov himself said, “By day scorching heat consumed me, and frost by night. My sleep drifted from my eyes” (Bereishis 31:40).

All of this despite Lavan’s constantly cheating him. On the posuk, “And you changed my wage 10 times,” Chazal say that it was actually 100 times. Yet, Yaakov continued to work faithfully until he became the quintessential guardian from whom we learn halachos of a shomer. And after another six years of hard work, a total of 20, Lavan told him shamelessly, “The daughters are my daughters, the children are my children, and the flock is my flock, and all that you see is mine” (ibid. 43).

When Yaakov originally asked Lavan to let him go, instead of thanking him for his hard work and sending him off with the generous payment that he deserved, Lavan merely said, “I have learned by divine revelation that Hashem has blessed me on account of you” (30:27), as if it wasn’t obvious. Why does the Torah tell us this? To show us how low one can get. That within each and every one of us, there are hidden bad middos, and if, chalilah, one does not conduct his life based on Hashem’s will and His guidance through the Torah, we, too, are capable of behaving just like Lavan.

We must see the elevated level of the noble middos of Yaakov Avinu, who clung to the ways of Hashem and endured indescribable embarrassment. After it became clear that Lavan tricked him by not giving him Rochel as a wife, Lavan requests, “Complete the week of this one and we will give you the other one too for the work which you will perform for me yet another seven years” (ibid. 29:27).

Chazal tell us that it is the way of the world that an employee works faithfully for his employer for two or three hours and then gets lazy and slackens off in his work. Yaakov, for the entire seven years of his employment for the master of all cheats, worked diligently without any sign of sluggishness. Despite the fact that during those years Lavan stole from him and cheated him, and halachically Yaakov was not required to serve him, he still continued in his duty. Such a level of loyalty is far and beyond the regular human nature.

Another example of noble middos is that when Lavan tricked him, Yaakov did not get angry. Rather, he turned to Lavan and asked calmly, “Was it not for Rochel that I worked for you? Why have you deceived me?” (ibid. 29:25). The Medrash says, “Rather the strictness of the avos than the humility of the children” (Bereishis Rabbah 74:7). Chazal were amazed at the composure and levelheadedness displayed by Yaakov when dealing with the contemptible Lavan. Despite his despicable behavior, Yaakov maintained the highest levels of integrity and amiability, not compromising his standards of behavior even one iota (Ohr Yechezkel).

When Yaakov Avinu sent messengers to Eisav his brother, he was able to declare, “With Lavan I sojourned, and I kept the taryag mitzvos, and I did not learn from his bad deeds.” This was an amazing accomplishment, for living with a Lavan and having to endure his conniving ways, it would be easy to sink to his level. But Yaakov remained the same person of integrity and noble middos as before, not allowing Lavan’s conduct to affect him.

Indeed, the Torah testifies about this when Yaakov finally returned to Eretz Yisroel. “Yaakov arrived intact at the city of Shechem…” (Bereishis 33:18). His level of ruchniyus and middos was not compromised in the slightest. Aside from being a paragon of virtue, it was Yaakov Avinu’s total reliance on Hashem that helped him persevere and not be affected by Lavan’s corruption.

We have inherited this ability from Yaakov Avinu to maintain our desired level of good middos despite the outside influences that tempt us to react in an unbecoming way. The day will soon come when Moshiach arrives and we will return to Eretz Yisroel. How fortunate we will be if Hashem can testify about us, “The Yidden returned from golus to Eretz Yisroel intact…” May that day come soon.