The Balance of Power 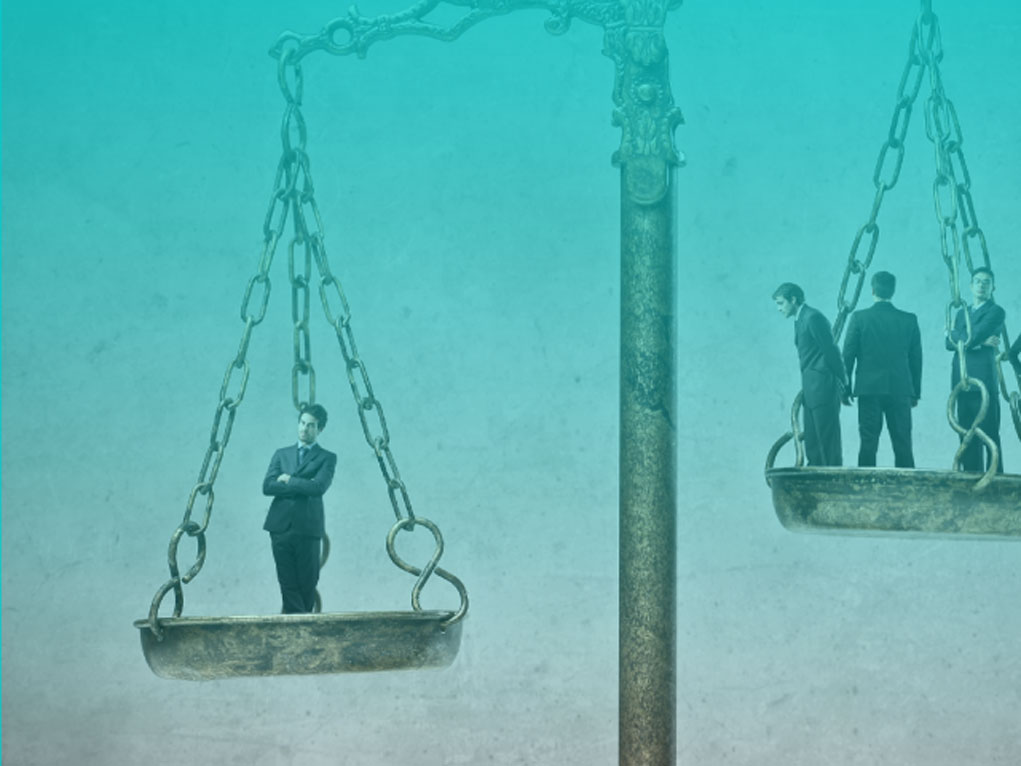 Anyone who’s ever read a biography of a gadol will be struck, as I always am, at the incredible sensitivity these great individuals display toward all those they encountered. For them, the concept of kavod habrios, honoring others, is not mere lip service but rather a foundational life principle. To hurt anyone’s feelings, or to betray the slightest insensitivity toward another’s personal situation, is sheer anathema.

Let’s take a few minutes to explore why people can feel so hurt by any slight to their honor, and why it is so difficult to honor people the way they deserve.

Suppose you were to learn that the women on your block, or your bungalow colony, or whichever group you consider yourself a part of, have made plans without letting you know. What does that say to you? If the omission was deliberate, you’d feel rejected and would want to know why. But suppose they simply forgot about you. In a way, that pain is even worse.

Even more painful is when you are suffering from some existential pain such as prolonged singlehood or childlessness, and someone who has everything you wish for treats you thoughtlessly. This can run the gamut from chattering on about the blessings in one’s life in front of someone who lacks those blessings… to showing the sufferer how much you pity her.

Nobody wants to be pitied. Had circumstances been slightly different, she could have been the one gazing longingly at you and yearning to embrace your life. But that doesn’t comfort you much. At the moment, you are the one on the receiving end of the pity. And that hurts.

The wheel of life carries good fortune and bad, and every person on earth gets his share of both. The fact that you are sitting pretty right now burdens you with the responsibility to treat with immense sensitivity those who are below you on fortune’s wheel.

Any time you find yourself in a position of power, you are also in the position to make life harder or easier for the people you deal with. For instance, suppose you are in charge of interviewing job applicants. While it’s true that the decision about the candidate’s employability lies in your all-powerful hands, there’s no need to be condescending or curt.

Today, you happen to be in the position of being able to lord it over the other person. Heaven has blessed you with a job and the authority to bestow jobs; Heaven has also placed the person in front of you in the position of supplicant. Be wary of letting unfounded arrogance lead you into disdain or insensitivity. Don’t let your good fortune curdle your good middos.

Ironically, this is a challenge that can confront the very people who are doing their best to help those in need. An example is a “shidduch initiative” event, where a cadre of devoted matchmakers give of their time to meet young people in search of their ben or bas zivug. While this is undoubtedly a huge chesed, it must be carried out with all the lovingkindness that the word “chesed” implies.

Attending these events is not easy for a single person. A girl gets dressed up and made up, in order to introduce herself to a group of total strangers who will be assessing her desirability on the marriage market. Many of these girls have been struggling with the “shidduch crisis” for years, along with their own fears and increasing hopelessness. All they want is a kind smile, an encouraging word. A sense of being seen and understood.

The same applies to anxious parents seeking compassion from a tuition board. For students trying to get into the school of their choice. And so on, in every case where someone is in the role of supplicant and the other person has the power to give or withhold what they need. Despite our best intentions, it is all too easy to fall into the trap of treating those at the supplicating end like an annoyance or, worse, a piece of merchandise on an assembly line.

The more sensitive the matter, the more it behooves us to tread extra carefully. Hurting someone’s feelings while trying to help them sort of takes the shine out of the whole endeavor. Every person is a whole and inexpressibly precious world. To treat them as any less is to strip them of their humanity.

Sometimes our very compassion for the those among us who are still waiting for their blessings makes it hard to know how to act. In our desire not to appear pitying, we may end up sounding either over-hearty or brusque and uncaring. It’s a fine line to walk, and never an easy one. I think that the best guideline is the one that Hillel used: “What is hateful to you, don’t do unto others.”

Ask yourself how you would want to be treated if you were on the other side of the equation. And then, act accordingly.

The wheel of life always has people who are perched on top for a while, basking in the sun of their good mazel. It also has people down below, so to speak, awaiting their turn in the sun. When one person treats another as if she were unimportant or pitiable, it makes the sufferer feel powerless. When the “up” person behaves in a smug, uncaring or thoughtless way to the “down” one, it can make the latter feel hurt, helpless and furious. And with good reason!

At the same time, when you’re sitting on top of the world, it can feel uncomfortable to dwell on those who are not there yet. Part of the human condition is an intense desire to avoid pain. Because we are a kind-hearted people, focusing on others who are not as blessed as we are gives rise to pain. Ergo, it is far easier to ignore or brush off the feelings of the sufferers among us.

We tell ourselves that they are probably “used to it” by now. We let their brave smiles persuade us that they aren’t suffering so much after all. We convince ourselves that they wouldn’t want us to behave unnaturally around them. And so, we do what comes naturally, saying exactly what we want, blissfully oblivious to the painful shafts and arrows we may be hurling at those lovely people in our midst.

In any social interaction, there is an unspoken balance of power. Any time someone acts from a place of assumed superiority, to disregard the feelings of someone whom they perceive as below them on the ladder, it robs the “underling” of a little more of her inner security and social strength. She may know that she is beloved and important to her family and friends, yet this knowledge does not take away the ache of being overlooked by others, or of being looked through as if she somehow doesn’t exist.

Every single person was created b’tzelem Elokim, and it is only by virtue of Hashem’s kindness that you happen to be sitting on top of the Ferris Wheel of good fortune today. By keeping these two things in mind, along with the all-important question of “How would I want to be treated in this situation?”, you will ensure that you are always a part of the noble and necessary flow of sensitivity toward your fellow sojourners on this earth and not, chas veshalom, the opposite.

By taking an extra second or two to look into another person’s eyes and really see them, they will turn from an unknowable stranger into a relatable reflection of yourself. And then your own good heart will tell you exactly how to act.