Musings About A Yedid Who Left Too Early 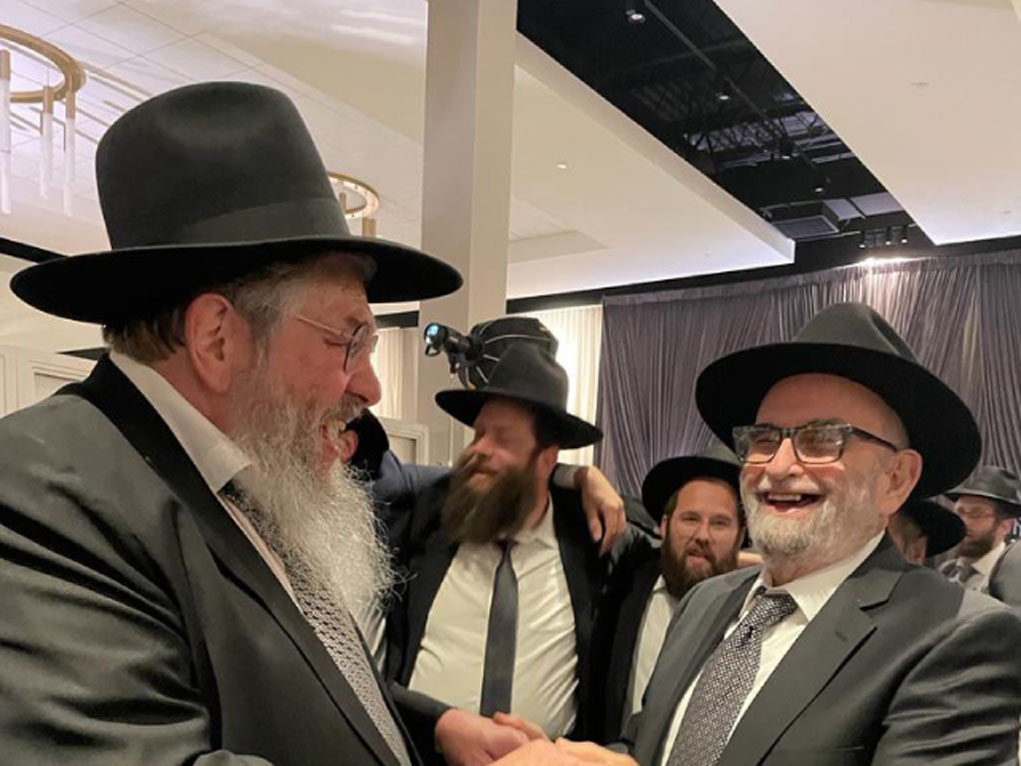 Rav Yaakov Rajchenbach was my mechutan. With his passing, I lost my mechutan, but more than that I lost a good, good friend.

My friends, I’m wandering into a restricted area of my mind and neshomah, one that I myself rarely trespass into.

When we meet someone new, we quickly measure them and if we discern a certain level of chein, we venture to engage in conversation. It does not take most of us much time to determine intelligence, street smarts, demeanor, devotion to Torah and mitzvos and other sundry aspects of character. Depending on the results of our “rapid test,” we decide whether to invest more time or move on to the next topic on our agenda.

The friendship between two children of Holocaust survivors often takes on – and is measured with – a totally different yardstick. At times, even the Shalom Aleichem is slightly (sometimes more that slightly) tinged with an accent and immediately the kinship is established. Quickly, we realize that many of the things we hold dear and required are shared without a second thought.

Most of you, boruch Hashem, don’t know or understand what is standard to many children of Holocaust survivors. Sometimes, we second generation “Plaitim” are the only child, maybe we have one sibling, and live with a subtle turmoil in our minds about who we really are. I don’t really know, but I sense there is a camaraderie that is generated as we sense that complexity in each other. Lying in bed wondering, how it is that I am here, how did they make it through? For the stronger ones among us, it translates into a heavier sense of kibbud av vo’eim that we place on ourselves. With parents like these, how can I aggravate them? There have been volumes written about this topic; however, a small backdrop to my thoughts were needed.

Reb Yaakov and I hit it off right away. Both of us were an only child to Holocaust survivors (born after siblings from previous marriages) whose Mamme Lashon was Yiddish. We were both born in Europe after the war – he in Poland and I in Germany. He lived there until the age of ten while I was 2-½ when we came to America. Still, close enough. His ayin tovah was immediately evident, while his chochmah followed right behind. We shared a favorite topic – chinuch. I was enthralled by the look that took over his face, his body language, when he would speak about day schools. They were his pride, the statistics proudly detailed – I imagined he looked the same when he held his first ainikel for the first time. The first time I saw Rav Yaakov with Rav Elya Svei, and I saw and sensed the mutual regard for each other, it made sense. How happy Rav Elya was when I told him about the shidduch between his son and my daughter.

The Sefer Chassidim (434) writes about a man who, after returning from being menachem avel, would walk home barefoot as a sign of sharing the tzaar of the aveilim. Hashem orchestrated that his own levayah took place on Tisha B’Av, when all of Klal Yisroel took off their shoes; a sure sign that what this man did was the right thing. Haflah v’felah. This idea struck me as I watched at Reb Yaakov’s levayah. I saw dignified people, usually the picture of refinement, plodding along in flip-flops, slippers and sneakers that had seen better days and walking with their heads down. How fitting. Reb Yaakov “mourned” for every Jewish child that did not have Jewish education, and every member and child of Klal Yisroel mourned him as we took our shoes off.

Chazal have a term, mokir rabbonon, for someone who respects talmidei chachomim. I’ve always felt that the shoresh of mokir is yokor, dear and cherished – not just standard reverence, performing what is politically correct. The reverence Reb Yaakov had for his rabbeim was a lesson for all of us. His face lit up when he spoke of Rav Chaim Shmulevitz, Rav Mordechai Rogov, Rav Aharon Soloveitchik and our shared rebbi, Rav Mendel Kaplan. The special bond the Rajchenbachs have with Mishpachas Levin deserves an article of its own. When we became mechutanim, Rav Yaakov said we must visit the rosh yeshiva, Rav Avrohom Chaim, whom I already knew. I realized it was not merely ceremonial, but a true showing of chashivus and admiration to someone he considered the elder of his mishpacha.

How often did Reb Yaakov come to Monsey and ask me to accompany him to visit Rav Shmuel Faivelson. How often he would say that he begged them to fix up the house, to no avail. His rabbeim were yokor shbeyekorim and that’s why he was zocheh to the rewards that Chazal bless the mokir – children and sons-in-law who are talmidei chachomim.

All of this was in addition to being a classic mechanech in his own house. How happy I was when in one of our conversations, he mentioned that his father in Lodz never let him play with toy guns, saying that a “Yiddishe kindt” doesn’t play with such things – something I’ve been preaching about for decades.

Some people believe that chinuch is based on a set of rules, dos and don’ts that follow in a tangible order of actions. Sadly, they miss the subtlety of implied influence transmitted by attitude. The nuanced display of acceptable behaviors will have a longer and more profound effect on those that surround us. Children who grow up in a house where talmidei chachomim, immersed in Torah, are held on a pedestal – a multi-functional pedestal in an assortment of colors – are likely to love them as well. It is nearly impossible to measure the yield of what simple Yidden, living in Omaha, Nebraska, sacrificed for the sake of a Torah education. How do you send your ben yochid to an out-of-town yeshiva – after all you have been through – for the sake of Torah and Yiddishkeit (another common denominator I shared with Reb Yaakov).

And then, later in life, send their recently married ben yochid yearning for Toras Eretz Yisroel one hundred dollars a month, the rental income for the first floor of their home as they relocated to their unfinished basement.

It was their mesirus nefesh that emerged from an unerring sense of Yahadus that is certainly the pillar upon which his illustrious family stands. Reader, please ponder this for a moment. Every survivor lived through an unbearable darkness, tortured – literally and figuratively – by the thought that the morning would never come, mishomrim laboker. When it did come, they were faced with a task that many had thought was beyond them – to start anew and rebuild. They married, against all odds, and when their child was born, he was the light, the daylight they barely believed would ever arrive. Their house was now a bona fide home, illuminated by their star. Now we need to realize that sending their star away to yeshiva meant leaving them alone again in their darkness. For what and for whom? To turn him into a yeshiva bochur whose life is dedicated to Torah and mitzvos, that made their sacrifice worthwhile. This point can be easily missed by us whose homes, bli ayin hara, are occupied by multiple children.

Reb Yaakov was a mechanech beyond the early years he spent as a rebbi. We saw him teaching Rambam to the baalei batim in the Adas shul on Shabbos afternoon. We heard him say a Chumash shiur to all his children and ainiklach on the phone Friday afternoon. But besides all that, what really impressed me was how he wanted his children to be viewed.

When our son-in-law was making his move to Chicago after seven years in kollel to enter the business world, Reb Yaakov insisted that his first year in town should be spent learning in a local kollel: “I don’t want you to come into town as a baal habayis. Rather, you should come in as a kollel man who eventually became a businessman.” What chochmah!

Yaakov showed the world what a Zevulun should and could be. He continuously rose to prominence in both the Torah world and the world of commerce, as he seamlessly bridged his two worlds. One of the things that Jack, as he was fondly called, prided himself with, was that he never stepped into a bais din or courtroom over a business deal gone sour. This needs to be appreciated by knowing that his sphere of dealings was with people of all types of theological persuasions and various moral standards. This was not a mom and pop grocery store on the corner that involved minor monetary considerations.

I heard numerous people mention at the levayah and at the shivah that Reb Yaakov was the impeccable index for measuring behavior in business, in dealing with people, in unwavering devotion to gedolei Yisroel and even ketanei Yisroel. Even while Reb Yaakov was alive, his children’s response to adversity was to ask the question, “What would Ta do? How would Ta deal with this?” That question needs to remain, and it will eternalize the legacy of a man those who knew him will never forget: “What would Yankel do?” The ultimate ruach habriyos nocheh heimenu!