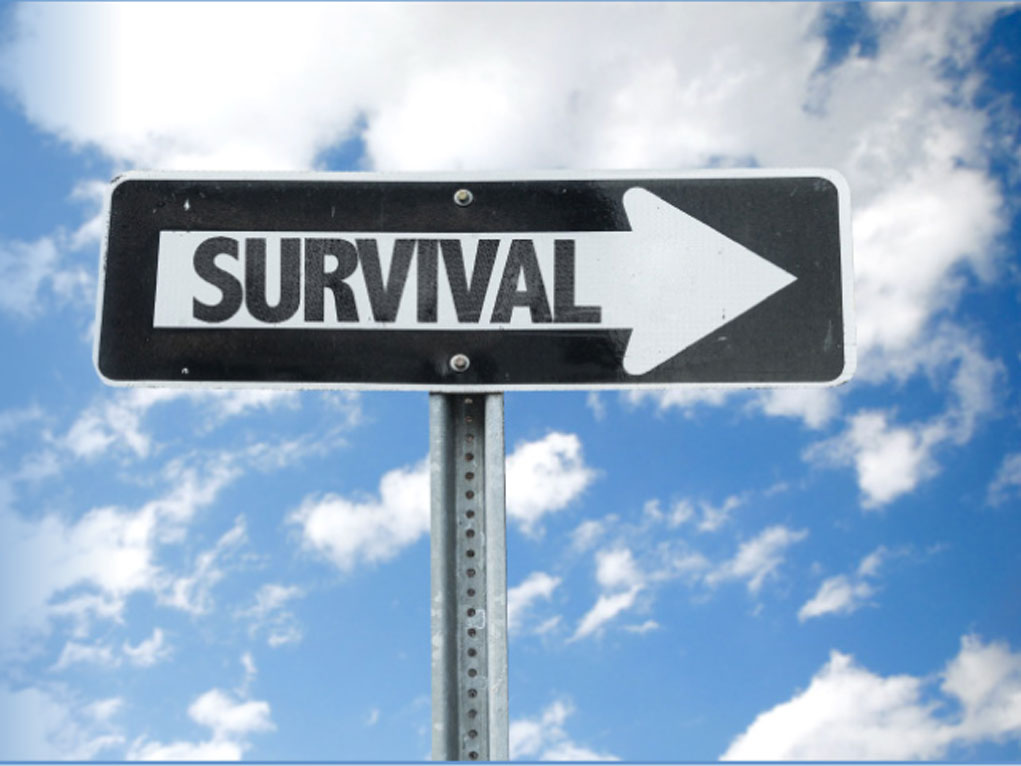 One of the more puzzling statements said on the night of Pesach is: “If He had brought us before Har Sinai but not given us the Torah, it would have sufficed for us.” The obvious question is: What purpose would it serve to just bring us to Har Sinai without our receiving the Torah?

Rav Yosef Shalom Elyashiv related an answer given by his illustrious grandfather, the great mekubal, the Baal Haleshem. Of course, our coming to Har Sinai automatically included our being notified of all the mitzvos. But at Har Sinai, Hashem didn’t merely command us to do the mitzvos. He “gave us the Torah,” meaning that He made us the arbiters of the Torah. He placed in our hands the power of interpreting the Torah.

“You ascended on High, You have taken captives…” (Tehillim 68:19). Chazal darshen this posuk as referring to Moshe Rabbeinu, who went up to Har Sinai and took the Torah captive. When he appeared in Shomayim and Hashem notified the malachim that he was there to accept the Torah, they were aghast. They protested to Hashem, “What is frail man that you should remember him and the son of mortal man that You should be mindful of him?” (Tehillim 8:5). They claimed that man is limited by his inclinations and isn’t fit to receive the Torah. But Hashem told Moshe to answer them, and he presented valid arguments for our cause, to the extent that the malachim agreed and even gave him presents.

But why did the angels protest to begin with? The fact that man has a yeitzer hara is even more reason for us to receive the Torah in order to be able to subdue him. Hashem created the evil inclination, and He created the Torah as a spice to neutralize him (Kiddushin 30b). Why, then, the pushback on the part of the malachim? The meforshim answer that, of course, they realized that the commandments of the Torah were meant for us. But they were against “giving” us the Torah, empowering us to explain and define it. The authority over the Torah was taken away from Shomayim and handed over to mortals.

There was the famous machlokes between Rav Eliezer and the Chachomim when a Heavenly voice declared that the halacha is like Rav Eliezer. This should have settled the agreement. But Rav Yehoshua got up and declared, “Torah is not in the heavens!” for it has already been given to us at Har Sinai. Rav Nosson met Eliyahu Hanovi and asked him what Hashem was doing at that time. Eliyahu answered, “He was laughing and saying, ‘My sons have won over Me’” (Bava Metziah 59b).

For this we say, “If He had brought us to Har Sinai and merely commanded us to do the mitzvos without putting us in control over the Torah, it would have sufficed for us to be grateful and to praise Him. Surely now that He also gave us the authority to interpret the Torah, we must thank Him. This is implied in the brocha we recite every day, “Blessed are You Hashem…Who selected us from all the peoples and gave us His Torah. Hashem didn’t merely instruct us to do His bidding. Rather, He gave us His Torah.

And Hakadosh Boruch Hu’s confidence in us is well warranted. It has been thousands of years since the Torah was given to us and not one letter has been changed. Countless tomes and commentaries and chiddushei Torah have been written throughout the generations, but the only ones to survive were those that were faithful to Hashem and to the mesorah. Yes, there are arguments among the poskim and commentaries, but they are all based on the mesorah. Contrast this with, lehavdil, the U.S. Constitution, a wonderful document that was drafted in 1789, and today, not even two hundred and fifty years later, judges are making shambles of it by either reinventing it or ignoring it completely.

Not only were we given the Torah to interpret, but our explanations affect natural occurrences in the world. For Hakadosh Boruch Hu looked at the Torah and created the universe. The Torah is the blueprint for the briah. Hence, its meaning reflects on how the world functions.

The Gemara relates: Mar Ukva sent a shaalah to Rav Elazar. People were harassing him, and he had the opportunity to report them to the government. Was this permitted? At first, Rav Elazar sent him a reply that it was forbidden. Mar Ukva sent another letter saying, “They are continuously distressing me, and I am helpless to do anything about it.” Rav Elazar answered with a posuk (Tehillim 37:7), “Dom l’Hashem vehischolel lo – Wait silently for the salvation of Hashem and wait longingly for Him.” The simple meaning of vehischolel is to wait. But Rav Elazar interpreted it as meaning chalalim. Hashem will turn your enemies into corpses. The words left the mouth of Rav Elazar, and Geniva, the nemesis of Mar Ukva, was taken out in chains by the authorities to be executed (Gittin 7a).

The Tiferes Shmuel points out that the Gemara stresses “the words left the mouth of Rav Elazar.” Because it was his interpretation of the posuk that caused the oppressor to be apprehended.

A man living in Volozhin was suffering from a lung disease. The doctors told him to move to a smaller town where there is a forest, and the air is clear and fresh. The man was about to do so, but his father came to him in a dream, telling him not to. Most poskim hold that his lung condition in an animal renders it a treifah, for it will not survive for a full year, but the Shaagas Aryeh held a singular opinion that the animal is not a treifah. Since the Shaagas Aryeh was rov in Volozhin and there the halacha is like him, one can continue to live for a long time with such a condition, but not anywhere else where the halacha is like the majority.

Hakadosh Boruch Hu put tremendous power in our hands. For this, we thank Him and celebrate on Shavuos. However, one might ask that this is a reason for people great in Torah to rejoice, for their chiddushim impact the briah, but what about the simple average Yid who does not have great chiddushim? How significant is his Torah?

Rav Chaim Volozhiner speaks at length about this in his sefer Nefesh Hachaim. He says that when anyone invests effort into learning Torah properly, they spread life, holiness, blessing, and light to all the different worlds. When a chiddush emanates from a person, Hakadosh Boruch Hu kisses it and crowns it and it builds a new world. In the sefer Keser Rosh, it is brought down in the name of Rav Chaim Volozhiner that there are various levels of chiddushim. Of course, the highest level is novella that were never heard before or were totally forgotten, and through this person’s ameilus, the chiddush was retrieved. But even if a chiddush is already known to others, and now this person thinks of it or even if he has a new understanding of something that he never had before, Hashem rejoices with it.

Every individual is rooted in a different letter in the Torah. Every single Yid has his own portion in the Torah. For this, we daven to Hashem, “Great is our share in Your Torah…” Every time we achieve a greater clarity in Torah, even in a small way, Hashem cherishes this as well and we are fulfilling the purpose of creation.

There is another major reason for us to rejoice on Shavuos. “The earth He has given to mankind” (Tehillim 115:16). How do we reap its benefits, how to we harvest the blessings inherent in His creation? “If you will follow My decrees and observe My commandments and perform them, then I will provide your rains in their time and the land will give its produce, and the tree of the field will give its fruit” (Vayikra 26:3-4).

The Meshech Chochmah explains: Hashem created the world to function through the laws of nature. It has potential to bring us widespread blessing and endless bliss. But only if man recognizes that it is all Hashgocha Protis in every detail and that nature is a series of constant miracles of our Creator. When one walks on the righteous path of Hashem, he can reap the earth’s blessings even through the laws of nature.

In this respect, Klal Yisroel has been blessed. If you will follow My decrees, then the laws of nature will also function in a straight manner. For all the laws of nature as established by the Divine wisdom parallel and are bound to the ways of the Torah and mitzvos. This is the true will of Hashem, that the world functions through the boundaries of nature, and through the Torah we realize that Hashem runs the world every second. Miracles were only meant to ignite our emunah from time to time. Only through Torah can we harvest the blessings of nature the way Hashem meant it to be.

There is a machlokes Tannaim (Pesachim 68b) how we are to celebrate on Yom Tov. Rav Eliezer says either completely to Hashem in a spiritual way or completely lochem, for yourselves, in a physical way. Rav Yehoshua says to split the Yom Tov, half for Hashem and half for yourselves. Rav Elazar says: Everyone agrees that on Shavuos one must also celebrate lochem, in a physical way. Why? Because that is the day when the Torah was given. The obvious question asked by many is that the Torah being given should be a reason to spend the entire day absorbed in ruchniyus, just sitting and learning Torah. Why, then, does everyone agree that on Shavuos you need lochem?

In light of the Meshech Chochmah, it is very well understood, because the Torah is the manual for how to reap the physical benefits of the world by natural means, not having to rely on miracles. Through the Torah, the world truly becomes lochem, in our possession, where we can enjoy its blessings. It is therefore incumbent upon us to rejoice in a physical way as well.

Someone asked Rav Yosef Chaim Sonnenfeld: Chazal say that the word zakein, a sage, stands for zeh shekanah chochmah, one who has acquired Torah. But where is chochmah alluded to in the word? Zeh shekanah could mean that he has acquired other things, like riches or honor.

For this, we must be exuberant on Yom Tov for our sacred mission in life of studying and keeping Hashem’s Torah. And for the benefits we reap from it. If you have Torah, you have it all. Ah freilichen Shavuos.