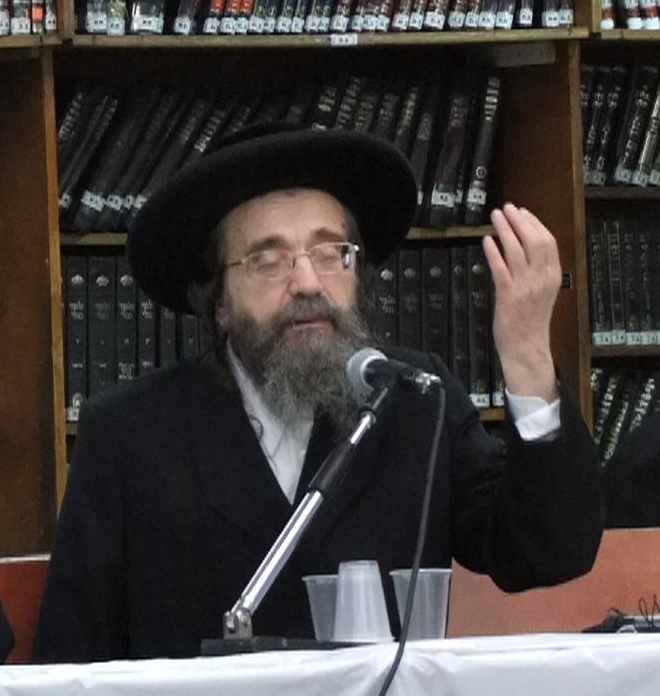 SHABBOS 121: THE MOMENT OF DANGER

On thisdaf, we find that if a snake hisses in a manner that demonstrates anger, and it doesn’t kill but is also not killed, this shows that it was sent to kill the person but that he was saved.

Rav Tzadok Hakohein of Lublin zt”l learns an important lesson from this Gemara. “We see from this that any time one is threatened by something dangerous and is saved, it shows that he was slated to be killed or harmed. At the moment of danger, he was being judged on High. He survived only because Hashem had mercy. This is clear from the Gemara in Maseches Chullin which states that a person can only inadvertently cut his finger if a decree is issued for this from on High. This is also clear from Rashi on Shabbos 121. He explains that Hashem does this to show that one has sinned, but that His judgment was mitigated and He performed a miracle to save him. It is only due to Divine protection that he was not killed by the snake. He was judged and now he must do teshuvah.”

Rav Yaakov Meir Shechter adds: “This explains the remarkable nusach of Birchas Hagomel: ‘He who grants kindnesses to the guilty…’ Why did Chazal mention guilt in the bracha? Perhaps the one who experienced the miracle is not guilty at all! The answer is that if one was not liable for a serious punishment, he would not have most of the problems for which we say this bracha. Since virtually all these problems we say this bracha for are brought about due to sin, we say the same nusach even for birth and the like, even though in the case of a mother giving birth there was certainly no issue of sin.

“As the Ramak writes, if one does not sin, his life goes keseder, as a rule. So if one was in such serious danger that he must say Hagomel, we see that he was chayov but Hashem had mercy and wrought a miracle. Clearly, he has accusers. We nullify such accusers through heartfelt teshuvah” (Venichtav B’sefer, Part II, p. 203).

SHABBOS 122: BUILDING AND BREAKING DOWN

Rav Pinchos Hirchsprung zt”l, one of the star talmidim of Rav Meir Shapiro zt”l of Lublin who possessed one of the broadest masteries of Shas in his time, once asked his talmidim a surprising question: “Who knows if it is permitted to eat cheese on Shabbos?”

Since it was clear that no one understood what he meant, he explained himself: “We find on Shabbos 95 that it is forbidden to make cheese on Shabbos. Taking milk and adding rennet to make cheese constitutes boneh, so perhaps eating cheese is stirah, taking apart a binyon, at least miderabbonon.”

When no one offered a reply, he immediately did. “This is an explicit Mishnah on Shabbos 122. There we find that one may use a wood plane to grate cheese if he has no other way to do so. Obviously, cheese is permitted on Shabbos.

“As far as why this is not stirah, this, too, is clear. Making cheese is boneh, since one takes milk and makes it into a food with a completely different texture. But eating cheese doesn’t return it to its original form. If one did something to cheese that returned it to milk, he would indeed have done a form of stirah” (Yeshurun, Nissan 5772, p. 318).

SHABBOS 123: THE VESSELS OF THE SOUL

The Shelah Hakadosh discusses very deep reasons for various mitzvos and halachos. In his introduction, he explains that one should never think that what he revealed is anywhere near the entire reason behind any mitzvah. “Even if a person lived twice a thousand years, he could never fathom the true depth of what is behind even one mitzvah!”

Nevertheless, many great sages explained some element of what is behind various mitzvos and decrees. The Avnei Neizer is one of many gedolim who explain what is behind various mitzvos fairly often. “On Shabbos 123, we find that during the days of Nechemyah ben Chachliya, they decreed that one may carry only the most essential vessels on Shabbos. It is certainly intriguing that our sages decreed specifically regarding various vessels on this most holy day. It is possible to explain that the body is considered a vessel, because its purpose is to contain the soul, as we find in the Zohar. On Shabbos, we are given a neshamah p’nimis, a deeper level of soul. This explains why we do not wear tefillin on Shabbos. Tefillin are vessels that contain the inner light for as long as they are worn. Since on Shabbos, which is mei’ein Olam Haba, the inner light is revealed without a containing vessel, tefillin are superfluous at best. This is the inner reason our sages made many decrees specifically curtailing carrying vessels on Shabbos” (Naos Hadesha, Part I, p. 82).

A certain talmid chochom had a very expensive watch that he cherished. One Shabbos, to his chagrin, it stopped ticking, rendering it basically useless and presumably muktzah. However, he could not remove it without unlatching it with his hands, which could possibly be worse than leaving the watch on his wrist, since he did not go into a public domain without an eruv.Since he had learned Maseches Shabbos, he thought it might be permitted to carry the watch for the rest of the day or even detach it if he wished. On Shabbos 124, we find that if a piece of pottery fell off a vessel, it can be carried, since it can be used to cover a vessel. Perhaps a watch could also be used for some kind of purpose and is no worse than a piece of pottery, the man thought.

This man decided to check with Rav Shlomo Zalman Auerbach zt”l regarding whether he could rely on his chiddush. Rav Shlomo Zalman responded, “This is not clear. Perhaps a watch is considered muktzah machmas chisaron kis due to being set aside and not used for other purposes. Or maybe a watch is not in this category, since it is carried around all the time.

“It is also not clear whether one should remove a watch that stopped working, since it may be preferable to carry it for an instant and not carry it in the usual manner for the entire Shabbos. Or it may be better to leave it on his arm. The same holds true for a digital watch. Even though the watch may even begin working again due to the movement of one’s hand, it is still not clear whether one should remove the watch or leave it on his wrist” (Shulchan Shlomo,308:7).

SHABBOS 125: THE WINDS OF SUKKOS

Sukkos can be a challenging time. Winds can be fierce and carry off one’s s’chach, especially if he builds his sukkah completely outdoors, without any protection from the elements.

One Shabbos Chol Hamoed, some of the s’chach of one man’s sukkah was blown off. Obviously, the owner would not return it on his own authority on Shabbos, or even if it was Yom Tov. He felt fortunate that enough s’chach remained so that his sukkah was not disqualified. He wondered what the halacha would be for one who lost all of the s’chach or enough to disqualify his sukkah. Could he replace the s’chach? How about asking a non-Jew to do so?

“The Mishnah Berurah does permit a person to replace the s’chach if he engages a non-Jew, even if the entire s’chach blew off” (new edition of Shemiras Shabbos Kehilchasah, Chapter 24, note 134; Mishnah Berurah, 637, se’if 1).

People have different natures and different needs. One person cannot tolerate the cold, while his fellow may insist that he must have air. When two groups of people in the same room have different requirements, it can often lead to trouble.

One Shabbos, in shul, there was a big argument about whether to leave the window open or closed. One man got so involved in the altercation that he lost himself completely. When the other group closed the window yet again, he strode to the offending contraption and pulled it off its track. No one could believe that this man had become so entangled in their argument that he had forgotten that it was Shabbos and committed a melachah. They also wondered whether it was permitted to have enjoyment from the air on Shabbos. After all, weren’t they having hana’ah from this man’s melachah?

When they asked this question to Rav Yitzchok Zilberstein, he ruled clearly: “Although this man did an issur de’oraisa as is implied from Shabbos 126 and as the Taz explicitly writes in 313:5, the kehillah may nevertheless enjoy the air. The reason this is permitted is because they would have had the same air if the window had been left open. Since this could have been done b’heter, it is not considered pleasure from the melachah per se and is permitted.” (Mishnah Berurah, siman 256, se’if kotton 2; Shaar Hatziyun, 6).

SHABBOS 127: GREATER THAN RECEIVING THE SHECHINAH

Someone once asked Rav Moshe Leib of Sassov zt”l why we find on this daf that hosting guests is greater than receiving the Shechinah. “After all, how can anything be higher than communing with the Divine?”

“You don’t understand,” replied the Sassover. “You are correct that dveikus with Hashem is a very special experience. But taking in guests is more important. One can always turn to Hashem, for He is always available. But guests are only available when they come. Therefore, one must stop what he is doing and tend to his guests.”

Rav Yehudah Rabinowitz zt”l offered a different explanation. “In Kiddush Levanah, we find that even if one only merits to receive the Shechinah once a month, that is also enough. If guests were the same as taking in the Shechinah, one could mistakenly conclude that the same is true regarding guests. Therefore, our sages teach that taking in guests is gedolah, more than taking in the Shechinah. This means that one should take in guest more often. It is not enough to have guests only once a month!” (Chassidim Mesaprim, Part III, p. 177; Kerem Chemed, Part I, p. 28)