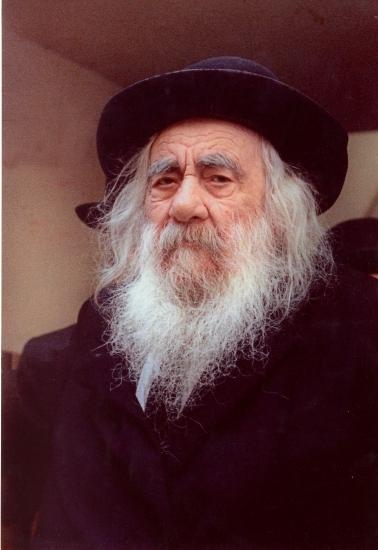 The Chidah uses this Medrash to explain the words of the Mishnah brought on this daf. “The halacha follows the opinion of the sages in the Mishnah in Tevul Yom. A tevul yom is a person who contracted a relatively minor defilement. He needs to immerse in a mikvah and wait until nightfall for the impurity to be removed. If a tevul yom touched oil that was floating on top of wine, only the oil becomes defiled. The oil is not considered connected to the wine on which it floats. Therefore, it is as if the wine remained untouched. While it is true that if the tevul yom had touched the wine himself it would become defiled, the oil alone has too small a degree of tumah to impart defilement. Like that oil, the Jewish people have absolutely no connection to the nations of the world” (Yalkut Shimoni,Yirmiyahu, Remez 288; Pnei Dovid, Parshas Ki Savo).

The Ohr Somayach offers an intriguing proof for a Kabbalisticconcept. “The mekubalim explain that in every generation, sparks of the souls of earlier tzaddikim come to aid people, helping them carry out mitzvos. For example, in Shabbos 101 – and in many other places – we find that one Amora calls another ‘Moshe.’ This seems puzzling. Why call him specifically Moshe? The answer is that a spark from Moshe’s soul entered his neshamah and enabled him to say what he said.”

This concept is also found in the Shelah Hakadosh: “Why is Moshe known specifically as Moshe Rabbeinu? The answer is that, even today, Moshe is still teaching us Torah. This is also why we find that when the Amoraim praise a particular explanation, they say, ‘Moshe, you have spoken rightly.’ They mean that a spark of Moshe entered the Amora and enabled him to say this p’shat. According to the Rishonim who sometimes explain this statement as questioning the veracity of a statement, it is read: ‘Have you said correctly? Do you think that a spark of Moshe inspired that vort?’”

Rav Chaim Palagi zt”l provides a practical application for this: “Although the Arizal warns that one should not remain without a wife even if he has children, it seems to me that a talmid chochom is not included in this warning. As we find in the Zohar, when Michoel took Moshe Rabbeinu to task because he separated from his wife, Hashem Himself defended him. Since a talmid chochom is always accessing a spark of Moshe, it seems that he, too, is not responsible to remarry if he has children” (Ohr Somayach, Hilchos Teshuvah; Shelah Hakadosh, Maseches Shavuos, Padah Es Avrohom).

Building is a very hazardous occupation. The Peleh Yoetz writes that one who wishes to build something must understand that, as our sages say, construction projects generally drain a person’s finances. This is because it usually costs much more than one originally planned.

An avreich came before Rav Dovid of Tchortkovzt”l and told him about his difficulties. “I live in a cramped house with my wife and children. We really need more space. But I am afraid to build because of the well-known teaching based on the Mishnah in Shabbos 102. There we find: how much must one build to bechayov – meaning obligated in meleches boneh?Kol shehu, even the slightest amount. People understand this to mean: how much building must one do to generate debts? Even the slightest amount of building is enough to incur serious debt!”

The Rebbe disagreed, however. “For you,” he said, “I have a different p’shat. One who builds however much he wants, how much will he owe at the end? Kol shehu, a slight amount.”

The young man took the Rebbe’sadvice and built several rooms to accommodate his family amply. At the end of the project, he was delighted to find that he owed a pittance (Divrei Dovid, p.48).

A Torah observant medical student once found himself in something of a quandary. He had made a strong start in his studies and carefully kept Shabbos when he made an unpleasant discovery. If he skipped the classes held on Shabbos, he would fall behind and really would not be able to make up the missed material. His professors were scheduled to demonstrate surgical techniques and other procedures on Shabbos, and slowly but surely he fell behind because of missing these essential demonstrations.

He was very sad, since he was not willing to violate Shabbos even if it meant doing an issur derabbonon, and he figured it was unlikely that he was allowed to go to the Shabbos classes. Nevertheless, he decided to consult with the Chelkas Yaakov regarding this question. He was pleasantly surprised that the rov permitted him to observe the demonstrations.

The Chelkas Yaakov explained, “In Shabbos 103 we find that one who observes a non-Jewish craftsman is certainly not liable even though this gives him training. In Shulchan Aruch we find that one may even teach children a craft on Shabbos, since this is considered a mitzvah. Similarly, it is permitted for a medical student to go to class on Shabbos to observe various techniques and the like, since learning a parnassah, which will enable one to earn a good living, is a mitzvah. In addition, the very fact that a religious Jew becomes a doctor is often beneficial for the community at large.

“Nevertheless, one may not touch a cadaver on Shabbos, since it is muktzah. In addition, a person must know for certain that going to university will not damage his emunah in the slightest. Otherwise, it is forbidden to go for any reason. A wise person will be astute enough to understand who is in this category so as to avoid a hapless person falling where those who fall most often do not return…” (Shu”t Chelkas Yaakov, Yoreh Dei’ah, siman 190).

The Maggid of Mezritchzt”l learned very practical lessons from two statements on thisdaf: “Before a person davens,he is considered ‘bloody’ – primarily physical – since he has not yet put Hashem into his life by davening. This explains why we are told that the verse ‘do not eat over the blood’ refers to one who has not yet prayed that morning.

“This is the meaning of the Talmudic explanation of the letters Alef-Bais:aluf binah, literally, one who learns understanding. The Zohar writes that binah, understanding, resides in the heart. We can explain that one adds alef, a connection to the One Source to his blood, by davening with binah, focusing his heart and intoning the words of the siddur with kavanah.

“We also see that the letters gimmel and dalet allude to gomel dalim, giving generously to the poor. Why does the foot of the gimmel face the daled? To teach that it is the way of one who wishes to bestow kindness to run after the poor man.

“Although it is human nature to help someone who is destitute, this is only if he comes to us. A true gomel dalim is one who runs after kindness and goes out of his way to help those who need it even before assistance is requested” (She’airis Menachem, Part I, p. 20; Yismach Yisroel, Vayikra).

Rav Shlomo Wolbe zt”l offered an inspiring view of what our spiritual goals are and then explained why we haven’t yet reached them. “The purpose of the entire world – and especially the Jewish people – is love, closeness and friendship. It seems incredible that the fact is that people are very distant from each other and tend to act cruelly towards one another; it is the very opposite of why we were put on Earth.

“The Ibn Ezra explains that the word for cruelty, achzar, stems from k’zar, like a stranger. This means that the root of being cruel is that one acts like the object of his cruelty is a stranger. Why is the world in such a sorry state, so far from its intended reason for being?  The answer is the yetzer horo. As we find in Shabbos 105, the yetzer is the strange power within him. It is not for nothing that the yeitzer is called zar, as in stranger and cruelty. It has the power to transform what should be closeness by nature to distance and cruelty. It knows how to sow distance between those who are close, hatred between brothers, and separation between man and his fellow man” (Yemei Ratzon, p. 3).

One man went to a drugstore to pick up a nostrum for his sick friend. He asked the owner if he could use the telephone – a service for which it was normal to charge – and spent quite a while trying to help his friend and determine what else he could do for him while there. When he got off the phone, the pharmacist naturally told him the price of the call.

“But why should I have to pay?” he retorted. “You also have an obligation to help a sick Jew. Why shouldn’t you pay for the call?”

The two of them went to Rav Yitzchok Zilberstein and asked who was correct. Rav Zilberstein then went to the Steipler Gaon zt”l, who ruled that the man who had used the phone must indeed pay. “It is not as though the man was in danger. Although everyone has to help remove the sick man’s pain, making the druggist lose money pains him too!”

Rav Zilberstein applied this answer to a case involving hilchos Shabbos. “In Shabbos 106, we find that one may not trap a wild bird by closing the door or window when it is in his house. We may wonder about a quick-moving wild bird which inadvertently goes into the window of a house and one is afraid to leave the door open because of thieves. Although this is a rabbinic prohibition which is permitted to save one from the cold, perhaps saving oneself from fear of robbery is the same as saving himself from the cold, much like the Steipler compared the pain of a sick man to the pain of a monetary loss” (Chashukei Chemed,Shabbos, p. 297-298).