Seven Weeks of Discomfort: Why That’s a Very Good Thing 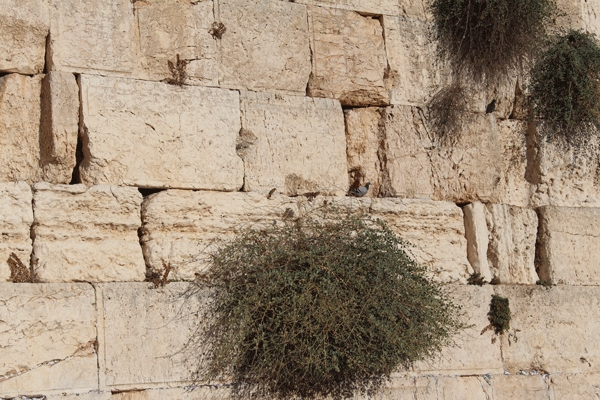 Rav Yeruchem Olshin, rosh yeshiva of Bais Medrash Govoah in Lakewood, recently published a new volume in his acclaimed Yarei’ach Lemoadim series. In it (page 132), he cites the Medrash quoted by the Abudraham which explains the seemingly odd order of the Seven Comforting Haftorahs. The Medrash sees this sequence as a dialogue between Hashem and the novi Yeshayahu.

In the first haftorah, that of Parshas Va’eschanon, Hashem consoles us after the Three Haftorahs of Chastisement: “Nachamu nachamu ami – Comfort, comfort My people” (40:1-26).

The third haftorah, Re’eh, records the novi returning to Hashem with our response: “O afflicted storm-tossed, unconsoled one” (54:11-55:5).

The sixth, Ki Savo, continues, “Arise! Shine! For your light has arrived and the glory of Hashem has shined upon you” (60:1-22).

Even a glance at the numbers and arrangement of the pesukim reveals that the haftorahs have been manipulated to tell a story. The Medrash, as understood by the Levush and Abudraham, is saying that Klal Yisroel is disappointed in the novi’s response, but Hashem is more than pleased. He not only approves of the novi’s rejection but agrees to personally render His nation’s consolation. The rosh yeshiva compellingly suggests that these haftorahs are eloquent testimony to Klal Yisroel’s wish to personally connect with the Creator, not just with His emissary, great though he may be. Hashem is delighted with our yearning and responds in kind through four haftorahs of acceptance and connection, culminating in His plea and invitation for us to fully return through Shuvah Yisroel.

This understanding of the pattern certainly works and helps to prepare us properly for the Yomim Noraim ahead.

However, I would like to share a somewhat alternative approach which dovetails neatly with the rosh yeshivah’s vision. Let us begin with several stories and anecdotes that will speak for themselves.

At one point in Klal Yisroel’s difficult relationship with the Prussian Empire, the government issued some rare mitigation of its onerous decrees against the Jews. When the welcome news was delivered to the Chasam Sofer, he began to weep uncontrollably, to the shock of his students. “Rebbe, perhaps you didn’t understand, they attempted to respond respectfully, ‘we brought you good tidings.’”

After he composed himself, the Chasam Sofer explained his reaction. “Let me give you a moshol that will illustrate what has really happened. An innocent man was in prison for many years on trumped-up charges. He submitted many briefs and appeals for his release, to no avail. Finally, he was able to obtain the services of the top defense attorney in the field. The lawyer presented his case and informed his long-suffering client that he should pray hard, for this one might be the magic moment. A few days later, he heard several footsteps coming down the long corridor. Jumping up to catch sight of what would hopefully be his barrister and the warden with keys, the prisoner spied an entire team of workmen. One was carrying a new sink, the other a comfortable chair, the third a new bed. The prisoner began to weep.

“Why are you crying?” the warden demanded. “Look at all the improvements we are making in your cell.”

The prisoner wearily explained, “I thought I was going free. Now I see that I am here for the long haul.”

The Chasam Sofer sadly concluded that we, too, hope for the geulah shelaimah. Each tiny amelioration is just another sign of the extension of our bitter exile.

The second story happened about a hundred years later. A courier arrived in Radin to inform the Chofetz Chaim of the Balfour Declaration, wherein the British government recognized, to some extent, the rights of the Jews to at least some part of Eretz Yisroel. Here, too, the Chofetz Chaim began to cry. As the great maggid, Rav Shalom Schwadron, relates the tale, the puzzled messenger here, too, attempted to correct the tzaddik.

“Rebbe, you don’t understand, this is a good thing.”

The Chofetz Chaim immediately offered his own parable.

“Imagine this scene,” he patiently explained. “A rich man lost all in an economic disaster. His creditors came and removed everything of value, but it still barely covered one-fifth of all that he owed. Do you think the man should jump for joy? We once had a Bais Hamikdosh, nevi’im and kings. We had Tannaim and Amoraim. Now someone wants to give us a small gift, a state. Should we dance and celebrate? We want the Bais Hamikdosh and Moshiach. It is not a time to dance for joy.”

It is true that we are returning to some kind of bais medrash situation. We have begun to return to our shuls. But even compared to what we had before Purim, we have been impoverished. All the more so, if we consider what the Chasam Sofer and the Chofetz Chaim taught us, we should not congratulate ourselves with smug self-satisfaction. This is far from what we need and are capable of having. Rav Yisroel Salanter and other gedolim taught us long ago that we should always be satisfied with our gashmiyus – material status – and discontent with our ruchniyus – our spiritual situation. Hashem had nachas, so to speak, from His children when we rejected the novi, yearning only for the originally direct relationship between and a Father and His children. Recognizing this tremendous pining, Hashem promised us four weeks of close connection and spiritual union.

Rav Shalom added a beautiful story about his own son when he was just six years old which connects the rosh yeshivah’s approach to the Seven Haftorahs and this one. He noticed that his little boy was crying in his bed.

“What’s the matter? Why are you so sad?” he inquired gently.

“I fell asleep without saying Hamapil,” he sweetly lamented.

“Do teshuvah,” the good father responded, “and go to sleep.” He then tucked him in with a kiss.

When Rav Schwadron returned to check on him a few minutes later, the little tzaddik was crying once again.

“Why are you crying now?”

The profound answer came rapidly, “Because I don’t know how to do teshuvah.”

Last Shabbos, someone shared with me a story that I believe has been going around all week. In the city of Tosh, on Erev Shabbos Chazon, a little boy was doing the mitzvah of kibbud av, loading up the trunk of the family car with boxes to be returned for a deposit. Finding difficultly fitting them all in, he climbed into the trunk, only to have the heavy door come crashing down, locking him in. His father went to early davening, and no one thought to look for him, since everyone had gone to shul or to play. The eight-year-old banged woefully on the trunk door, to no avail.

As it became hotter and hotter in his prison, the little boy realized that this might be his last moments and he recited Shema Yisroel. Not knowing what else to do, he decided that his last act on earth would be to sing a Friday night niggun favored in his home. Min haShomayim, a man who was davening later passed by, hearing sounds from the car. He banged on the hood, received a response and attempted to release the child. Not able to open the door, he began to scream for help. Miraculously someone emerged who knew how to release the lock and saved the child’s life. As Rabbi Yisroel Besser concluded, besides the obvious Hashgocha Protis miracle in many ways, imagine the chinuch this beautiful neshomah received at home that resulted in a Shema and zemiros for the ages and a zechus for all of Klal Yisroel.

We, too, should reflect on what should be ahead for this wonderful little boy. Imagine if we found that twenty years from now, he was no worse but no better than that amazing moment two weeks ago. Surely we were created to grow spiritually throughout life.

My rebbi, Rav Yitzchok Hutner zt”l, wrote and often commented that anyone who claimed that the Chofetz Chaim did not grow spiritually from the time he wrote his great sefer on the laws of lashon hara until the fifty years ahead when he turned 75 did a great disservice to the tzaddik. We are meant to ascend throughout life, surely experiencing some ups and downs, but growing throughout the process.

That is the greatness of the Seven Weeks of Comfort. We are actually full of discomfort and that is the way it should be. We don’t want the novi. We want Hashem. We don’t want outdoor minyanim. We want our shuls, aron kodesh and davening b’rov am. But most of all, we want the Bais Hamikdosh together with Hashem, together with Moshiach Tzidkeinu, bimeheirah beyomeinu.