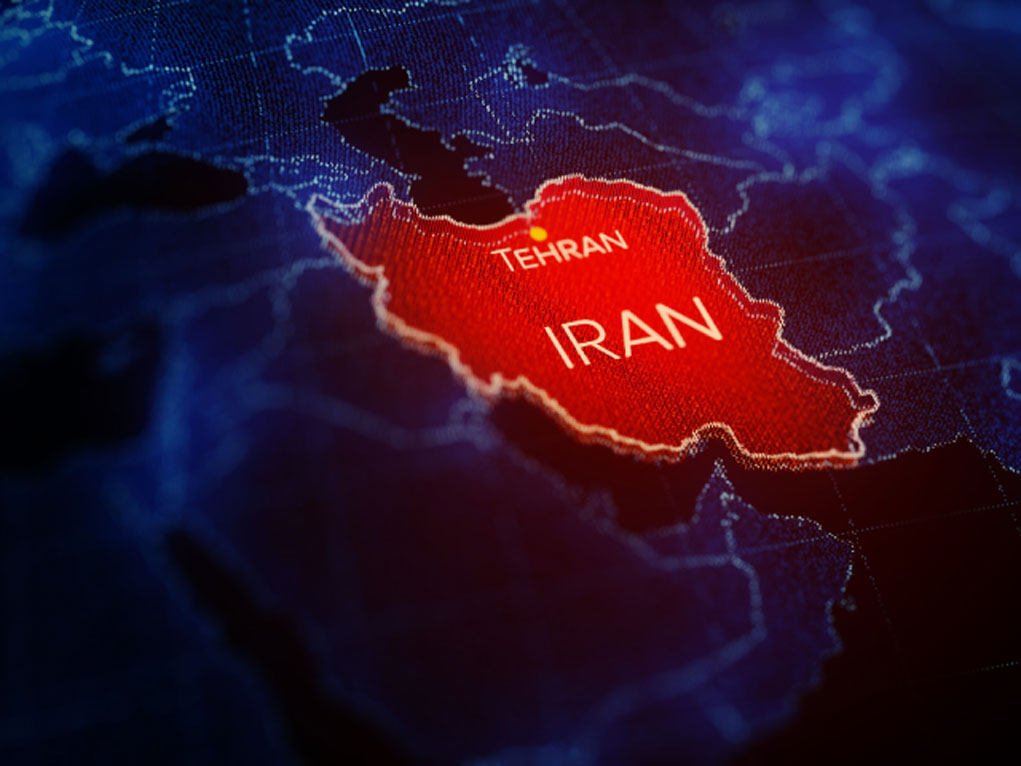 For us old-timers, it is beginning to feel like the 1962 Cuban Missile Crisis once again in terms of worries about a nuclear conflagration. Vladimir Putin is waving around his tactical nuclear weapons – i.e., low yield nuclear bombs that would have a devastating impact on a battlefield, but limit the damage to a specific area.

Few would suggest based on what we have seen from him since the start of the Russian invasion of Ukraine that his moral scruples would prevent him from employing them should his armies face a humiliating defeat or even a drawn-out stalemate on the battle field. There is, after all, a reason that Russia has acquired an overwhelming advantage in such weapons – 2,000 vs. 100 tactical nukes stored by the U.S. in Europe. And Russian military doctrine includes the use of such weapons, according to Nikolai Sokov, a former Soviet and Russian arms control negotiator. At the outset of the Cold War, the Soviet Union and its allies enjoyed overwhelming superiority in conventional forces in Europe. The United States still had a significant advantage in nuclear weapons, but no ability to use them, as they would have triggered a full-scale nuclear war. The development of tactical nuclear weapons was thought to be the means of deterring the Soviet Union from attacking Western Europe. As NATO built up its conventional forces to parity with the USSR and beyond, however, the U.S. lost interest in tactical nuclear weapons. The Soviet Union, and subsequently Russia, did not.

And once war commences, it is impossible to know what follows. The assassination of Archduke Ferdinand and his wife by a young Bosnian student in August 1914 triggered a world war that resulted in the loss of the lives of four million soldiers on both sides in 1914 alone.

Putin is as stubborn as any of the leaders who pursued war in 1914. Jim Geraghty in NRO sums him up well: “He doesn’t want an `off ramp!’ He doesn’t want to end his war; he wants to win his war. He doesn’t care how gargantuan a price he or his country must pay in blood and treasure to achieve victory. To a certain degree, Putin is dealing with the sunken-cost fallacy. He has already committed so much, nationally and personally, into this war that he cannot accept a relatively modest prize of Donetsk and Luhansk and a guarantee that Ukraine would never join NATO. Russia’s big sacrifices in this war means Putin must bring home a big prize to justify the bloody endeavor. The only way this war ends is with one side or the other devastated — or both in a bitter stalemate.”

BUT AS FRIGHTENING as is Putin, with his arsenal of nuclear weapons, tactical and strategic, and his determination to win at all costs, I’m even more afraid of a nuclear Iran. And for the reason stated by Professor Zev Maghen in describing the motivations of the regime of the ayatollahs: “It’s religion, stupid.” Iran is a theocracy, and the ultimate concerns of its leaders are not of this world. That became evident during the prolonged Iraq-Iran war when Iran employed children as human minesweepers, offering in recompense something more valuable than life itself: the key to heaven that they wore around their necks.”

President Obama missed this central fact entirely, and convinced himself that the real concerns of the ayatollahs were more of less those of Westerners – a larger slice of the economic pie and improved geopolitical standing. Offering the regime billions in economic incentives and recognizing it as a regional hegemon would, in his view, would bind them to the “international system” and mediate their disruptive behavior.

But as Meghan writes, “While Ayatollah Khamenei and his minions doubtless care about trade and finances, they care much more about advancing their religious ideology across the Middle East, and, like most religious believers, feel that spiritual concerns must ultimately trump material ones. It’s even possible that some might find the idea of suffering material hardships to achieve ideological goals appealing.”

Similarly, the Islamic Republic’s leadership might not be immune to realpolitik considerations. “But ultimately the Islamic Republic is engaged militarily in Yemen, Iraq, and Lebanon to advance the Islamic Revolution.” The idea of sitting the ayatollahs down with other regional powers to work out compromises “completely ignores the theological aspect of Khomeinist foreign policy.”

Despite no common borders and past cordial relations with Israel, Khomeinism is deeply anti-Semitic. It views Jewish sovereignty in the Middle East as “an unacceptable offense [to Islam], which must be eradicated at almost any cost.” And the Great Satan, America, is no less an offense to religious values as the main driver of “Westoxification.”

Unable to comprehend those who evaluate this world primarily in terms of the World to Come, Obama and his team simply could not credit the continually expressed Iranian goal of eradicating the Zionist entity from the face of the earth, on the grounds that the cost would be too great to contemplate. Yet, as long ago as 2001, one-time Iranian president Akbar Rafsanhani, a supposed moderate, referred to Israel as a “one bomb country,” i.e., one that could be wiped out with a single bomb, while the much larger Iran could not.

True, Putin’s motivations also do not lie in the realm of increased material wealth. He is, after all, reputed to be the richest man in the world – or at least was before calling down all kinds of sanctions on his head. But still, his dream of restoring the historic Russian Empire, perhaps with Kiev again as its capital, is a dream for which the reward will be in this world and, as such, subject to this world trade-offs. Not so the messianic dream of the ayatollahs of the return of the “Missing Imam.”

Having failed to comprehend the evil of the Iranian regime and their deadly seriousness about erasing Israel from the map, Obama’s second great mistake was to conclude that the worst possible outcome of negotiations with Iran would be for the United States to strike Iran’s nuclear program and destroy it, when that was still possible in 2015. And that assumption continues to underlie American negotiations with Iran.

Whether a revival of the 2015 JCPOA agreement is achieved or not, the course of negotiations has already broadcast to the Iranians that America is desperate for a deal on almost any terms. The U.S. will sign virtually any deal that concedes to Iran a full nuclear weapons program – preferably after a decent interval.

Russian’s top nuclear negotiator in Vienna, Mikhail Ulyanov, has bragged about the current agreement waiting to be signed, “Iran got much more than it could expect. Much more.” He bragged of how Russia and China teamed up to secure dozens of wins over the United States for Iran, their fellow non-status quo power.

In truth, however, they were pushing through an open door. Chief American negotiator Robert Malley, long an inveterate foe of Israel, pushed hard to secure sanctions relief for Iranian figures and organizations both at the center of Iran’s sponsorship of terrorism around the globe and the harshest clampdowns on the Iranian people themselves. Three career State Department officials or Biden appointments on Malley’s team have already resigned in horror over his concessions, reveals former State Department Iran official Gabriel Noronha in the March 8, 2022 Tablet Magazine.

Among those removed from the sanctions list are the masterminds of the 1984 bombing of the Jewish Community Center in Argentina: Ebrahim Raisi, currently Iran’s president, known as the “Butcher of Teheran” for handing out death sentences to over 5,000 opponents of the regime; and Ahmad Jannati, a particularly brutal cleric eager to execute demonstrators against the regime.

Sanctions were also removed on the gigantic slush funds through which the Supreme Leader Ayatollah Khamenei supports Hezbollah and other terrorist extensions of the regime. And Malley successfully pushed for the removal of the IRGC, the Islamic Revolutionary Guard Corps, from the list of Foreign Terrorist Organizations to the shock of career officials across government.

All in all, Noronha estimates that Iran stands to gain access to $90 billion in foreign exchange reserves and another $50-55 billion annually in oil revenues – monies that it can spend without restriction to roil the region and world. Iran, by contrast, made no concessions with respect to its ballistic missile program, support for proxy terrorist groups, or any commitments with respect to hostage taking (though it would receive $7 billion for four American hostages currently held in Iranian jails).The one concrete achievement of the agreement negotiated in desperation in Vienna, according to Caroline Glick, is that it should remove the scales from the eyes of all those Israeli officials who travelled to Washington, D.C. with briefcases of documents from Iran’s own nuclear archives demonstrating that Iran’s nuclear program was a nuclear weapons program from the start and that Iran has repeatedly violated every nuclear agreement to which it ever agreed, and detailing its work on a deliverable nuclear weapon.

Now they know that they cannot hope that the United States will rescue Israel from Iran’s sights. Only Israel, with Hashem’s help, can do that.