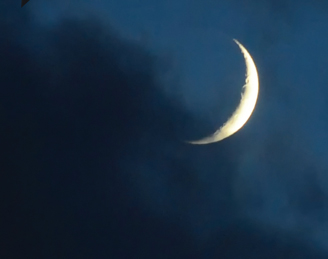 My amazing menahel at Yeshiva and Mesivta of Eastern Parkway, Rav Elimelech Silber zt”l, introduced me to the Sefer Bnei Yissoschor. Every month, at a mesibas Rosh Chodesh, he would quote from Rav Tzvi Elimelech of Dinov’s profound insights into what made each month unique. We all learned the relationship between each month and the shevet it personified, the permutations of Hashem’s name which energized it and how to access the vital spiritual gifts that would help us grow as bnei Torah. But most of all, I learned to appreciate that Rosh Chodesh was not just another day with a longer davening – Hallel, laining, Mussaf and more – but a day of exponential spiritual growth.

The Bnei Yissoschor (Rosh Chodesh, Maamar 1) sets forth the importance of Rosh Chodesh in our lives and the reason why Kiddush Hachodesh was the first mitzvah given to Klal Yisroel as a nation (Shemos 12:2). He refers to “the secret of Kiddush Hachodesh” as the fact that Klal Yisroel was given the power over the dimension of time. The first day of the Hebrew month is established by the Sanhedrin according to Torah guidelines. Thereafter, the Yomim Tovim follow according to this determination whether or not the court was correct or not (Rosh Hashanah 25b). This means that Hashem has given over the power of changing physical reality to Am Yisroel. The establishment of Rosh Chodesh is the very first mitzvah in the Torah (as noted by the very first Rashi in the Torah), because it ingrains in every one of us the primacy of the Torah and its interpreters, as defined by the bais din that sanctifies the new moon.

Rav Gedalya Schorr zt”l (Ohr Gedalyahu, Moadim, page 59) also continues this theme when he writes, “The posuk (Koheles 1:9) tells us that ‘there is nothing new under the sun.’ However, Chazal comment, ‘But above the sun there is something new,’ and that is the fact that Hashem’s conduct with Klal Yisroel is above and beyond the laws of nature and science. It is indeed supernatural.” Rav Schorr cites the language we use when we recite Kiddush Levanah every month, acknowledging that we are the nation who “are destined to renew themselves” like the moon. As Rav Yaakov Emden famously writes in the introduction to his siddur, this is the miraculous story of Am Yisroel, that every time the world thought that we had disappeared, chas veshalom, from the world stage, we were renewed and rejuvenated – or, as it has been put, reJewvenated.

The Meshech Chochmah (end of Bechukosai), too, marvels at the pattern of Jewish history, which reflects the waning and apparent disappearance of Klal Yisroel, yet its glorious revival, despite the eventual obsolescence of virtually every other ancient civilization and culture. Thus, Rosh Chodesh is the antidote to every tired, despondent person who feels as if he will never recover from some failure, disappointment or setback. Nothing could be closer to oblivion than the near disappearance of the moon or, as Rav Meir Simcha points out, Klal Yisroel packing its bags at the end of one golus, trudging to the next. Yet, there we are just a few years later, points out the Meshech Chochmah, with new institutions of Torah, new yeshivos, often greater and more flourishing than before. This is truly the magic of Rosh Chodesh, and so it is Hashem’s first command to us. As Rav Schorr (page 118) concludes, “On Rosh Chodesh, when the moon is being renewed, a person can access this power of hischadshus (revivification), which was granted to us as we left Egypt.

My rebbi, Rav Yitzchok Hutner zt”l (Igros Ukesavim, page 135), cites the posuk of “Hu amar vayehi Hu tziva vayaamod – For He spoke and it came to be, He commanded and it stood firm”(Tehillim 33:9). He explains that the outward appearance of the universe is one of unchanging uniformity, while the inner reality is one of constant change. This, too, stimulates our ability to breathe new life and excitement into what seems at first to be old and uninteresting. The rosh yeshiva goes on suggest that for this reason, Yirmiyahu (Eicha 3:27) teaches that “it is good for a man that he bear a yoke in his youth.” A young man need only note the constant changes in his body, as he grows, to realize that life requires change and movement in the spiritual as well as physical sense. Thus, it is not despite the fact that someone is young that he can change his ways, but specifically because his body reminds him that change is not only possible but necessary.

This idea also sheds light upon one aspect of why Rosh Chodesh is considered a special Yom Tov for women (see Pirkei D’Rebbi Eliezer 45, quoted in Tur 417). Besides the fact that women resisted the men’s request for gold for the Eigel, meforshim (Darchei Moshe 417) point out that Hashem built into women’s biology the experience of change so that they would more easily be able to “change for the better.”

To return to the Bnei Yissoschor, Rav Nosson Gestetner zt”l (Lehoros Nosson, 2:324) sees this approach as the reason Aharon was included in the granting of the mitzvah of Kiddush Hachodesh (Bo 12:1). The Shach (Yoreh Deah 189:13) states that all of nature is subservient to the needs of Klal Yisroel. Paroh, like the Greeks later on, believed that there was no power higher than nature. Therefore, he declared, “Who is Havaya that I should obey Him” (Shemos 5:2), for Havaya is the name of Hashem that signifies His supernatural powers. The name Elokim, on the other hand, whose gematria (numerical value) equals hateva (nature, both adding up to 86), was acceptable to Paroh (see Chacham Tzvi 18). For this reason, Paroh’s necromancers declared (Shemos 8:15), “This is the finger of Elokim,” implying that all of the makkos were merely manifestations of some natural phenomena. This is the meaning of Rashi’s statement that Aharon was included in the mitzvah of Kiddush Hachodesh, because he, too, had worked hard to perform the miracles that would prove to Egypt that there was a Higher Power Who superseded the forces of nature. All of this is encompassed by the mitzvah of Kiddush Hachodesh and Rosh Chodesh itself, which proclaim loudly and eloquently that the Creator of the universe has turned the laws of nature over to His people to mold, shape and change at their will.

This great power to alter nature may readily be derived from a statement in Chazal (Yerushalmi, Kesubos 1:2), as interpreted by the Rogatchover Gaon (Tzofnas Paneiach, beginning of Hilchos Kiddush Hachodesh) and others. The Gemara states that if a girl has reached her third birthday and bais din decides to add a second Adar, she retroactively is no longer three but two years old, with serious halachic ramifications. The Ritva (Rosh Hashanah 15a) rules similarly regarding certain agricultural halachos, depending upon the creation of a leap year. Rav Yosef Engel (Otzros Yosef, Maamar Dovid 2) questions why the Gemara (Sanhedrin 37a) takes the trouble to describe the way the members of the Sanhedrin sat as being similar to a half moon. Rav Ze’ev Zicherman (Otzar Pelaos HaTorah, Shemos, page 232) suggests that the answer is that the symbolism of the moon evoked the fact that the Sanhedrin, like the sanctification of the new moon, indicated the power of Klal Yisroel to override the laws of nature.

We begin to realize that Rosh Chodesh is a day that allows us to plug into the powerful forces of self-renewal and positive change, even while remaining outwardly the same. When we combine this dynamic force of Rosh Chodesh, as we do this month, with the tranquility of Shabbos, we can truly effectuate significant spiritual growth without fanfare or ostentation. The new madreigos we gain on Rosh Chodesh can actually mirror those of Hashem’s universe itself, which are not the same as they were a moment ago, but no one knows except those who have been let in on this profound secret.