What is to be Done about the Iran Deal 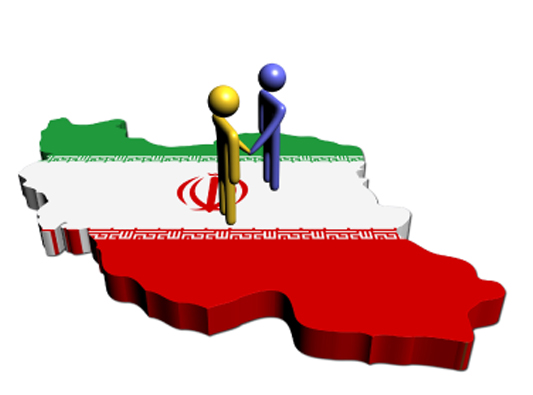 “The dumbest agreement ever negotiated,” is how candidate Donald Trump described the Iran nuclear deal. And he has promised to scrap it. Yet even if the first proposition is correct, the conclusion does not necessarily follow. For the truth is, as Emily Landau and Shimon Stein point out in National Interest, President Trump cannot really just scrap the deal and start negotiations all over again.

The reason is that the deal was structured in such a way as to make it basically impossible for the United States to renege. It was frontloaded so that the incentives for the Iranians were all at the beginning. Iran has already received $100 billion in sanction relief. And were President Trump to declare the agreement void, that money is already in Iranian hands. And Iran would be free to restart its nuclear program full speed ahead. Getting international support for reinstituting previous sanctions would be impossible in the wake of the rash of commercial activity between Europe and Iran subsequent to the signing of the JCPOA.

One of the governing myths upon which the Iranian deal was predicated was that with the signing of the agreement, Iran would reenter the community of nations and would be adjust its behavior and become more compliant. Nothing of the sort as happened. Iran has become, if anything, even more belligerent. Confrontations between Iranian and American vessels have increased 50% since the signing of the agreement. Iran’s 2017 fiscal budget shows a 39% increase in Iranian defense spending.

Since the signing of the agreement, Iran has tested ballistic missiles capable of carrying a nuclear warhead, and rumors persist of Iranian-North Korean cooperation on their ballistic missile programs. In Syria, Iran and its proxies were major players in the carnage of Aleppo. And Iran, tellingly, did not even bother to deny that it is using civilian airplanes to ferry arms to Hezbollah in southern Lebanon, in violation of a U.N. arms embargo.

WHAT WAS THE OBAMA ANMINISTRATION’S response to the Iranians failure to play the role assigned to them by the United States? President Obama and Secretary of State Kerry repeatedly claimed that the Iranians were in full compliance. But that was only because Obama kept granting the Iranians exemptions from the provisions of the JCPOA in order to be able to declare that Iran was fulfilling its part of the agreement.

The administration secretly granted once such exemption when Iran was discovered to be storing more than permissible amounts of enriched uranium. At no point did the administration voluntarily share with the American people what it had done. The exemptions were first revealed by the Institute for Science and International Security (ISIS), headed by David Albright, a former senior U.N. arms inspector.

And rather than standing firm in the face of Iranian aggression and belligerence, the Obama administration paid $1.7 billion in ransom for U.S. Navy personnel captured by Iran. That is in addition to more than $10 billion in incentives paid by the United States to Iran from 2013 to the signing of the agreement in order to keep the Iranians at the table. In short, the United States repeatedly placed itself in the position of supplicant, desperate for an agreement on almost any terms.

IS THERE ANYTHING that can still be done to rectify or at least ameliorate the damage of an agreement that leaves Iran free to pursue a weapons program ten years from now? Andrew McCarthy, the lead prosecutor in the first World Trade Center bombing, calls for reestablishing the sacrosanct principle that the United States cannot be bound in international affairs other than according to procedure provided in the constitution: ratification by two-thirds of the Senate as a treaty.

The JCPOA, by contrast, never even came up for a Senate vote, after Senate Minority Leader Harry Reid threatened a filibuster. And the Obama administration never shared with senators the nature of the multiple side deals it signed with the Iranians so the American people could know what their government had committed themselves to without their consent.

McCarthy suggests that President Trump should submit the JCPOA to the Senate as a treaty, with full transparency as to the nature of the agreement upon which the senators are voting. The principle enunciated by McCarthy is indeed crucial for the preservation of American sovereignty, and could serve as a useful warning to future presidents tempted to follow the Obama playbook and try to bind the United States internationally via U.N. Security Council Resolutions.

The problem, however, remains, as pointed out by Landau and Stein, that when the JCPOA fails in the Senate, as it surely would, and President Trump declares himself no longer bound, so would the Iranians.

At the very least, the Trump administration would have to first reestablish military deterrence versus Iran. Even leaving aside President Obama’s loopy idea – from which he never veered – that Iran could become the U.S.’s principal Middle East ally, once the Iranians knew that President Obama had eschewed any military response to Iran’s nuclear program, the JCPOA was inevitable. They laughed at Obama’s assurances that “All options are on the table” and “I don’t bluff.” They rightly understood that an administration that continually portrayed the choice as one between the agreement – any agreement – and war would never use its military power to stop Iran’s nuclear program.

American deterrence has worked in the past. Iran stopped work on parts of its nuclear program after the ouster of Saddam Hussein. And new Defense Secretary James “Mad Dog” Mattis, an anti-Iran hawk, seems ideally chosen to reestablish a credible American military threat.

Though destroying Iran’s nuclear program is more difficult after the inking of the JCPOA and the subsequent supply to Iran of its most advanced anti-aircraft missiles, there is little doubt that the U.S. could deliver a severe blow to that program if it had a will to do so. The task now is to once again convince the mullahs that the U.S. has not lost its will.

That begins first and foremost with ordering the Pentagon to update contingency plans for an attack on Iran’s nuclear facilities. It is unlikely that Secretary of Defense Mattis will wait to be so directed. The U.S. must work with its allies who are signatories of the JCPOA to clarify the terms of the agreement and the consequences to follow from Iranian violation.

Michael Makovsky, president of the Jewish Institute for the National Security of America (JINSA), outlines an additional series of steps necessary to convey the message to the Iranians in a credible fashion and reestablish U.S. deterrence. One important step would be to change the rules of engagement for U.S. vessels in the Persian Gulf. Iranian provocations should no longer be tolerated. Or as Donald Trump put it in one presidential debate, the first time an Iranian vessel harasses an American carrier, it should be “blown out of the water.”

America’s traditional Mideast allies viewed Obama as having chosen Iran over them, and they were right. To reverse that perception, the U.S. must bolster the anti-Iran forces and work together with them on regional anti-missile defenses, including Eastern Europe and Israel.

Rather than obsessing only over the self-determination of the Palestinian people, who have never shown themselves worthy or particularly desirous, the United States should do everything to foster an independent Kurdish state in present-day Iraq and establish its own military bases there on the border of Iran. A separate Kurdish state should also be encouraged out of the wreckage of Syria.

Whether such a series of steps will return American deterrence to pre-Obama levels is an open question. But it will certainly get the mullahs’ attention.