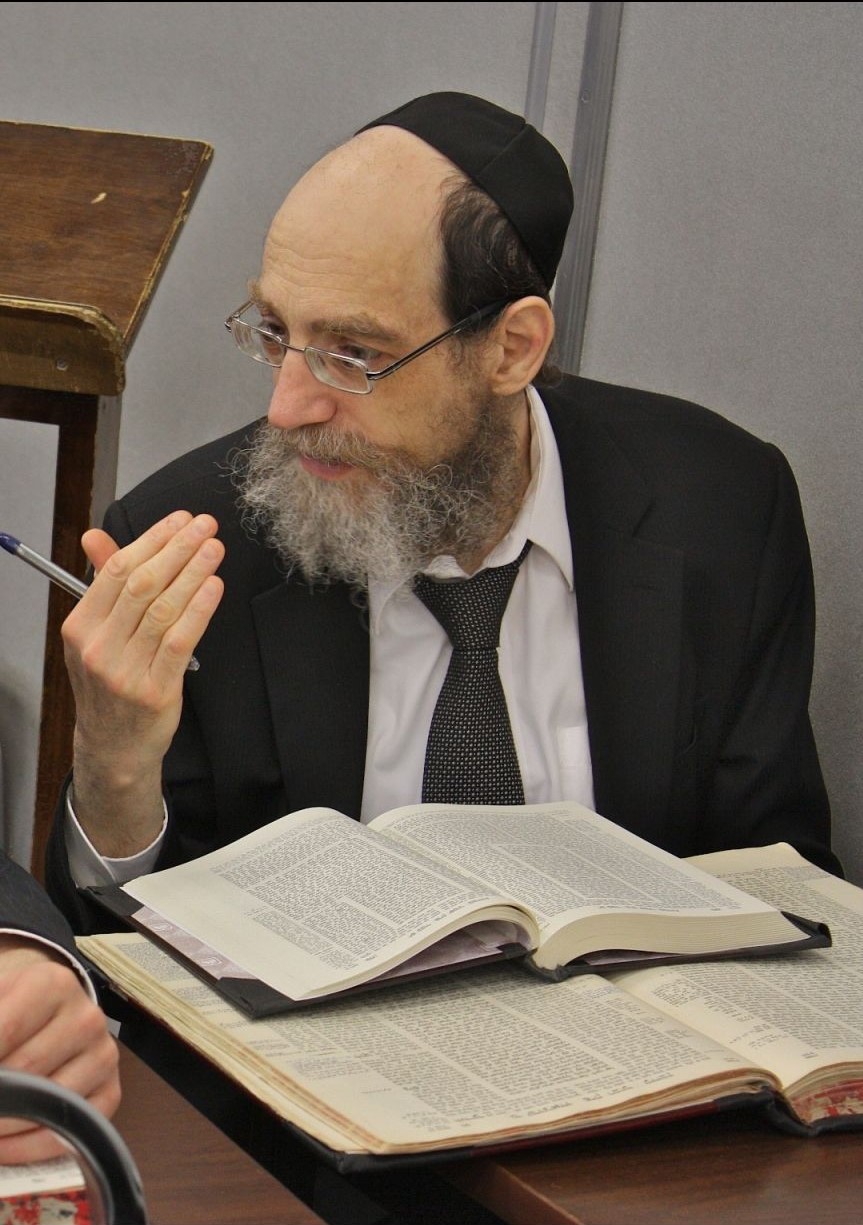 Shock and anguish pierced the hearts of the Toronto kehillah as word spread of the sudden and tragic petirah of Rav Akiva Steinmetz. Only 68, Rav Akiva had been in the beis medrash up to a few hours before his passing. Indeed, imagining the Kollel beis medrash without his presence is both strange and painful. Although Rav Akiva was quiet and unpretentious, every ben Torah in the city knew his name and hundreds assembled at the levayah.

Rav Akiva was born in 1953 to Reb Shloma Yechiel Mechel and Mrs. Gitta Steinmetz, yblch”t, in Williamsburg, New York. Akiva was the second of four boys, who all attended the Viener cheder. The family relocated to Boro Park when Akiva was around the age of bar mitzvah. Reb Shloma encouraged his studious son to learn halacha and would remark years later how proud he was to have a son who paskened shailos. Reb Shlomo was maspid his son at the levayah in Lakewood and was mekabel the gzar din with tremendous emunah.

Akiva continued to learn in Vien mosdos until his departure for Yeshivas Slabodka in Eretz Yisroel. Reb Moshe Friedman of Toronto was a few years older than Rav Akiva, but sat next to him during davening at the Viener Yeshiva. To this day, Reb Moshe recalls the remarkable kavonah that the 13-year-old Akiva displayed during davening. A few years later, they would both go on to learn at Slabodka and later at Kollel Avreichim of Toronto. Wherever Rav Akiva went, he made his mark as a tremendous masmid. When one of his brothers got married in the middle of the zman, Akiva did not return home, opting instead to learn uninterrupted.

The Steinmetzes moved to Toronto a few years later, and from the time of his arrival in the city until his petirah, Rav Akiva planted himself in the beis medrash of Kollel Avreichim. There was seldom a time that one could not find him there. Rav Akiva considered himself a talmid muvhak of the rosh kollel, Rav Shlomo Miller, and remarked at a family simcha that he could safely say he had acquired the majority of his Torah knowledge from Rav Miller. At the levayah, Rav Miller bemoaned the loss of someone with whom he would consult on a constant basis about matters pertaining to all four chalokim of Shulchan Aruch.

As his friend and chavrusa Rav Dovid Pam related, even though Rav Akiva was content to remain echad min hachaburah, he ended up becoming a veritable rosh and ari shebechaburah. Indeed, Rav Akiva had recently begun to say chaburos on Choshen Mishpat at the Kollel, and was about to be appointed the rosh kollel of a new Yoreh Deah kollel being started by the COR (Kashrus Council of Canada). For the past few years, he had held the position of lead dayan on the Kollel Avreichim beis din.

Even though Rav Akiva tried to remain hidden, many people sought him out, benefitting greatly from his patience and keen advice. As the rosh kollel, Rav Yaakov Michoel Hirschman, said at the levayah, one could not rush Rav Akiva; he would see through whichever inyan he was dealing with to its conclusion and with tremendous depth.

His friend and chavrusa Rav Mordechai Kanner related how Rav Miller once remarked at one of the Steinmetz simchos that one could rely on Rav Akiva’s shikul hadaas, sound judgement, in all matters pertaining to halacha; a title and compliment that, in Rav Kanner’s opinion, could not be surpassed by a yungerman. Indeed, over the years, when Rav Miller has been unavailable, many turned to Rav Akiva, knowing he would know exactly what the rosh kollel would say.

Rav Kanner also related how Rav Akiva once mentioned offhandedly that while some yungeleit become dejected and lose their enthusiasm if they aren’t able to procure a position after learning in kollel for a number of years, all he would need to be happy would be his Gemara and his Shulchan Aruch.

The honor and respect Rav Akiva would lavish upon those he encountered was remarkable. Regardless of who it was, Rav Akiva would greet them and give them his undivided attention. This was surprising not only due to Rav Akiva’s stature as a world-class talmid chochom, but also because he always seemed to be rushing somewhere. Rav Akiva never casually strolled; he would walk — and often run — with determination. And yet, if someone needed his help, he would drop everything as if he had all the time in the world.

For many years, Rebbetzin Steinmetz has operated a store that sells household items; her greatest joy was being able to support her husband in learning. Early in the morning, one could often find Rav Akiva outside the store, shoveling snow away from the entrance to help his wife to whom he possessed so much hakoras hatov. The rebbetzin stood behind Rav Akiva throughout all his years of learning, allowing him to stay in the beis medrash until late at night and on Erev Shabbos and Erev Yom Tov.

Rav Akiva developed a particular expertise in hilchos eruvin, and was eventually appointed by Rav Miller to be the primary halachic authority to oversee the Toronto eruv. When shailos arose regarding the kashrus of different eruvin throughout North America, Rav Akiva would write teshuvos and travel to ensure that things were corrected. In all matters related to psak halacha, Rav Akiva assumed a strong sense of responsibility, often tracking down and calling back those who had asked him shailos before they had a chance to reach out back to him.

A few years ago, the rosh kollel was not in Toronto for Shabbos HaGadol and there was a question as to who would deliver the drosha. When it was decided that Rav Akiva would be the one, he initially demurred, not wanting to take the place of his rebbi. After numerous entreaties, Rav Akiva finally agreed on the condition that the drosha not be held in the main beis medrash, but downstairs in a different room.

As one longtime chavrusa put it, “Rav Akiva was what we all strived to be.” There was not a single area of his avodas Hashem that was not exemplary. His hasmodah, his tefillah, his dikduk b’mitzvos, and his bein adam l’chaveiro were all extraordinary.

When a daughter of Rav Akiva was asked what was special about growing up in her father’s home, she replied “everything — nothing was without a cheshbon, and he was a living example of an oved Hashem.

Reb Emmanuel Diena, with whom Rav Akiva worked tirelessly on the Toronto eruv, related that Rav Akiva once called him and said there was something about the eruv downtown that needed inspecting, and he would like to go visit the site with Reb Emmanuel at 5:00 a.m. Assuming that Rav Akiva’s reasoning for the early hour had to do with not wanting to take care of things after neitz but before davening, Reb Emmanuel raised the concern that it might be hard to see before sunrise.

“We can manage,” Rav Akiva replied. “I am much more concerned with the immodesty that exists downtown after daylight.”

On the night of Shabbos Parshas Vayeitzei, Rav Akiva was learning with his chavrusa in the Kollel until around 8:30 p.m. when he excused himself, saying he wasn’t feeling well. At around 2:00 a.m., the Ribbono Shel Olam summoned his holy neshomah back to shomayim. Rav Akiva is survived by his parents, his rebbetzin, his brothers, his children, and grandchildren. Rav Akiva was zoche to see tremendous nachas from his children, who are talmidei chachomim and ovdei Hashem in their respective kehillos.