Q & A with Rav Ahron Rapps 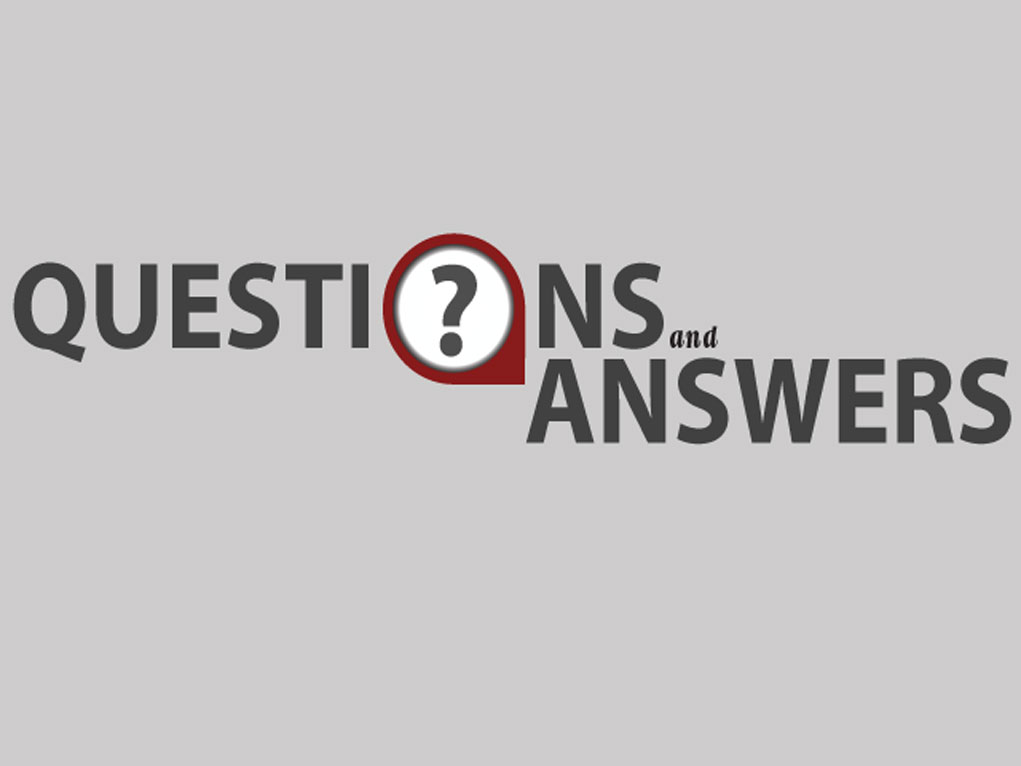 Why only when Yaakov saw the wagons that Yosef sent to him was he consoled and did he believe his sons about Yosef becoming the second-in-command in Mitzrayim?

Your question is based upon the posuk in Parshas Vayigash which states, “They (the shevatim) told him (Yaakov) saying, ‘Yosef is still alive. He is ruler of all the land of Mitzrayim.’ His (Yaakov’s) heart stood still, for he could not believe them. They told him all the words of Yosef that he had spoken to them, and he saw the wagons that Yosef sent to carry him. Then the spirit of their father Yaakov was revived.” The posuk says clearly that Yaakov’s capacity to believe his sons with regard to the status of Yosef as leader of Mitzrayim was based upon his seeing the wagons that Yosef had sent. The Sefas Emes cites the words of the Kedushas Levi explaining this most profound point.

Why was it within the destiny of Yosef to be removed from his family, exiled and imprisoned in the land of Mitzrayim for all those years? Yaakov had assumed that he died and thus began his many sorrowful years of aveilus for his lost son. The Maharal writes that Yosef had to go down to Mitzrayim first before the rest of Klal Yisroel, for through him and what he was to represent, Klal Yisroel was to be protected from their powerful exile. The idea of one nation being absolutely absorbed in another should serve to basically destroy the guest nation. Chazal compare the young nation that began with shivim nefesh, the seventy souls that when down to Mitzrayim with Yaakov to begin the shibud Mitzrayim, as a fetus totally absorbed in its mother. The land of Mitzrayim was considered “ervas ha’aretz,” the most immoral place. Klal Yisroel was meant to be in golus for many years, and not until dor revi’i, the fourth generation, would they be zocheh to geulah, redemption. How was it going to be possible for the young nation not to lose its sense of identity? This fear went beyond the mere absorption of the host’s culture, but even challenged their sense of existence. Through intermarriage and immoral behavior, there would be no true yichus back to the shevatim, who were the children and grandchildren of the avos. This was the vital spiritual role that Yosef was to play and one that he infused in the spiritual genetic make-up of Klal Yisroel.

Chazal tell us that there was only one situation in which a Mitzri acted immorally with a Jewish woman. It was with Shlomis bas Divri of shevet Don and the Torah reveals it. How was this possible?

The answer lies in the kedushah of Yosef and his monumental “vayonus hachutzah,” when he ran away from the wife of Potifar. Klal Yisroel is referred to as “she’airis Yosef,” the remnant of Yosef, and the spiritual capacity established through Yosef’s fleeing from the wife of Potifar ingrained into the essence of the soul of all Yidden not to be involved immorally with a non-Jewish woman. Although, unfortunately, there might be instances in which this tragic situation exists, Klal Yisroel is protected in terms of a nationwide and mass epidemic. The capacity for the nation to remain secure during the shibbud in Mitzrayim required the great spiritual mesirus nefesh of Yosef. Thus, Yosef had to first be placed in Mitzrayim, for through his profound avodah, the steps for survival within Mitzrayim were being established. There was a process that was being developed to create a spiritual dimension in Klal Yisroel. The Kedushas Levi explains that this concept was reflected in the wagons of Yosef.

The word for wagon in Lashon Hakodesh is aggalah, from the word iggul, meaning round, as in the wheels that enable the movement of a wagon. In the world of cause and effect, initial steps flow and lead to the culmination of the goal, the actual result of the initial steps. Just as a wheel rolls to create movement that eventually leads to the direct result, the reaching of one’s destination, Yaakov, upon seeing the wagons, was able to perceive the plight of Yosef.

Yaakov was told by his sons that not only was Yosef alive, but he attained greatness and ruled Mitzrayim. Yaakov understood that Yosef’s political status in Mitzrayim meant that he had achieved spiritual greatness as well. Yaakov didn’t believe them until he saw the wagons. Then he realized that what he perceived as a tragedy in terms of what happened to Yosef was the fulfillment of Yosef’s own spiritual destiny. In order for the future to be secure, steps had to be taken prior to the Bnei Yisroel being exiled in Mitzrayim. Through the wagons that Yosef sent, Yaakov understood that what Yosef went through was intended to create in him the ability to be the ruler over Mitzrayim and the tumah that he had to overcome. It was his avodah to thereby create that capacity for all of the Bnei Yisroel.

It was the wagons that revealed to Yaakov the steps of the process and provided him with his ultimate sense of consolation.

“Insights” deals with questions on Torah, mitzvos and inyonei machshavah. Questions to be addressed may be sent to Yated Ne’eman, 1451 Route 88, Brick, New Jersey 08724 or emailed to editor@yated.com or ahronrapps@yeshivanet.com.