Chanukah: The Antidote to Asarah B’Teves 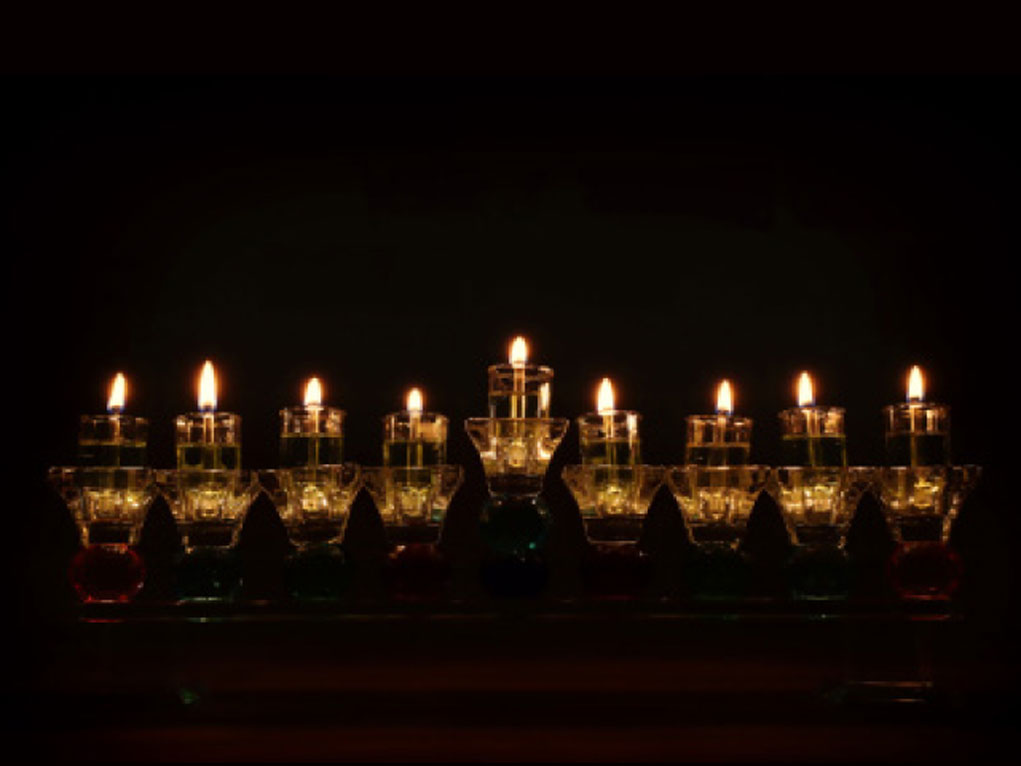 Just as there are no coincidences in the Torah, there are surely no coincidences in Hashem’s running of the world. Chanukah is the only Yom Tov that spans two months, Kislev and Teves. Although Chanukah completely suffuses the month of Kislev with its incandescence, only a few days later we begin what has rightly been called the “month of darkness in the world” (Rav Moshe Shapiro, Shuvi Venechezeh, page 186). It seems absolutely manifest that the light of Chanukah is the refuah before the makkah (see Megillah 13b) of Asarah B’Teves. But in what way and how should this affect our day of fasting and teshuvah?

Let us briefly review a subject we have discussed before in these pages. Asarah B’Teves is the shortest of the “minor fasts” but in several ways treated as the most severe (Dayan Yisroel Yaakov Fischer, Even Yisroel 7:28). Other than Yom Kippur, it is the only fast day that would obligate us to fast on Shabbos if it could fall out that way (Bais Yosef 550 in the name of the Abudraham, page 254, and see also Minchas Chinuch 301 and Ohr Somayach, Hilchos Taanis 5:6). In that column we also learned from a number of gedolim of the particular middos we should emphasize on this sad day. This year we will seek to understand the larger picture of the darkness that descended upon the entire month of Teves and how the radiance of Chanukah can illuminate a path through its shadows.

The Selichos for Asarah B’Teves begin with the statement that “With three blows, He struck me in this month.” The three tragedies that we recite then are 1) that “the Grecian king forced me to translate the Torah into Greek,” 2)“On this day was torn away the giver of beautiful works, Ezra the Scribe,” and finally, 3) what we usually remember, the siege of Yerushalayim. A bit later in this piyut, the actual fall of Yerushalayim is referred to as the fourth calamity to happen during Teves. In any case, it is clear that the month itself, not only the tenth day, carries a disastrous character, since these events span the eighth, ninth and tenth of the month. Indeed, the language of the Selicha concludes that “in the month of Teves I was exceedingly smitten,” a powerful description that we don’t find about Tammuz or even Av.

My rebbi, Rav Yitzchok Hutner, in two places (Pachad Yitzchok, Chanukah Maamorim 10:8-9; 11:5), delineates the uniqueness of Golus Yovon as that “even after our salvation from Yovon, we still retain vestiges of its influence in the chain of the mesorah of the Torah.” The rosh yeshiva sees this influence in both the nation itself, which witnessed the phenomenon of Misyavnim, the Hellenized Jews, and in the chain of mesorah that featured individual sages, as opposed the totality of the entire nation. This infection in Am Yisroel, where members of the nation fell into the lure of Greek culture and ideology was mirrored in the phenomenon of an “elder who forgot his learning.” However, Rav Hutner explains that even this seeming flaw is healed by a halacha which still prevails in Klal Yisroel. That is that we have an obligation to give honor to such an elder although he is currently bereft of his Torah (Brachos 8b).

Rav Hutner further cites the teaching of Rav Chaim of Volozhin (Nefesh Hachaim 4:29-30) that this honor is due to the chochom because of the power of the Torah to inscribe indelible impressions upon the soul of those who absorb her wisdom. He proves this assertion from the distinction between objects that have been used for mitzvos (tashmishei mitzvah) that can technically be discarded, while those that have been used for objects containing Torah (e.g. Sefer Torah, tefillin, mezuzah) must be buried (Megillah 26b). Similarly, a mitzvah protects only while one is engaged in its performance, whereas Torah defends forever (Sotah 21a). This is both the greatness and lesson of the menorah. There was only enough oil for one day, but the menorah burned for eight days. This symbolized and apotheosized the power of Chanukah to sustain us forever against even the most lasting of Yovon’s dangers.

With this concept, we can answer Rav Moshe Shapiro’s (ibid., page 196)      question about Asarah B’Teves. It certainly seems on the surface that the main tragedy of the Tenth of Teves was the siege and surrounding of Yerushalayim. Yet, it is odd that so much emphasis should be put upon one phase and aspect of the churban, when there are other days that commemorate the actual destruction. Although Rav Shapiro offers another answer, we can also suggest that the events of Asarah B’Teves took away our awe and confidence in the blessing and eternal reliance upon Yerushalayim as the home of Hashem and His Bais Hamikdosh. To this, Chanukah is the antidote that says that the sage who doesn’t seem the same still retains the kedusha and purity of his Torah. Although Yovon has made some inroads, Klal Yisroel is unchanged. Yerushalayim may be the widow in mourning, but the greatness shines through, even in her sorrow.

At this point, we must recount a story (Sefer Tenuas Hamussar) about the Alter of Novardok. He taught his talmidim and was himself the best example of exercises to improve various middos. In one of these, he would closet himself in a hut in the forest. On one of these occasions, he did not realize how much time had gone by and the one candle he possessed went out, leaving him in absolute darkness. The Alter strengthened his trust in Hashem and fervently believed that he would be granted another candle. Indeed, suddenly, the door opened and a total stranger entered, left a lit candle, and disappeared into the night.

The Alter was of course extremely pleased with this open miracle. In order to strengthen the middah of bitachon using this candle, he took part of the leftovers and thrust it into one of the walls of the bais medrash. However, despite its miraculous nature, the candle caused a fire and the wall partially collapsed. All the Novardoker talmidim watched intently to see the Alter’s reaction to this fire. Would he be depressed or disappointed? Interestingly, the Alter was completely unperturbed and serene. He explained that when he saw the flames, he thought to himself, “Why am I so amazed by this candle above all others? Surely, the very fact that any candle burns and provides light is a great miracle. It is just that we are so accustomed to this happening that we take it for granted. This was a lesson to me that I should not become enthused only by something supernatural, but should realize that the entire world is constructed and interwoven with the miraculous.” It is known that in the house of one of the Alter’s close talmidim, Rav Yaakov Yisroel Kanievsky, the Steipler, there hung a poem written by the Alter about that candle and its lessons.

It seems to me that perhaps the Alter’s source for this approach was actually the famous words of the Ramban (end of Parshas Bo) that the great and famous miracles performed by Hashem, such as the splitting of the Yam Suf, were made only to teach us that the so-called small salvations and rescues are also from Hashem. This connects directly with the explanation of the Maharal (commentary on Siddur, page 96) as to why we don’t mention the miracle of the menorah in Al Hanissim. His answer is that Hashem never does a miracle just so that we can do a mitzvah. All miracles such as Pesach, Purim and others are to save us from death and destruction. The neis of the neiros was done purely to teach us that the war was won miraculously as well. When discussing things like military successes, people unfortunately tend to fall into the trap of claiming that “My strength and the might of my hand made me all this wealth” (Devorim 8:17).

We can now return to the upcoming fast of Asarah B’Teves. The triple tragedies of the early part of the month reduced the nation’s trust in long-held certainties. No one thought that Yerushalayim could possibly fall (Eicha 4:12). The death of Ezra, who was also known as Malachi (Megillah 15a), signaled the ends of prophesy and we thought that we could not survive without Divine communication. The translation of the Torah into Greek seemed to remove our unique connection with the Torah and its wisdom. However, Chanukah helped us overcome each of these potential depressing facts. We learned from Chanukah that even when Yerushalayim was breached and the Bais Hamikdosh itself defiled, it can be rebuilt and restored to its pristine taharah and the menorah relit. Although nevuah would not return until Moshiach, we were granted Torah Shebaal Peh and the sages to lead us, when “a chochom is even greater than a novi” (Bava Basra 12a). Furthermore, although the Written Torah was now in Greek and other hands, the Oral Torah would forever require sages and could never be fully translated. Rav Hutner explains the system of the Gemara known as chasurei mechesera (leaving out words in a Mishnah) as the tool for making sure that a human mesorah would always be necessary and so did not spell, G-d forbid, the end of the exceptional quality of Klal Yisroel.

Indeed, there is much to mourn on Asarah B’Teves, but Hashem granted us the antidote and the refuah in last week’s eternal lights. Like the Alter, we must remember that every candle, not just the obviously miraculous ones, proclaim Hashem’s light forever illuminating our souls and hearts.