The New-Old Anti-Semitism and What to Do About It 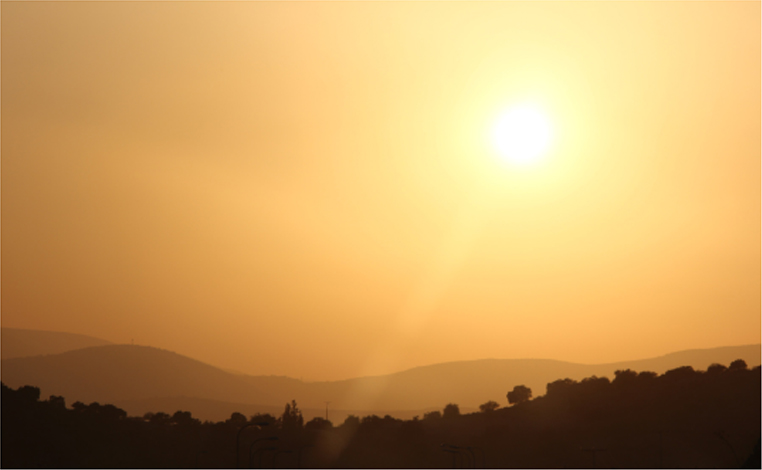 There is never a good time for anti-Semitism, but if it has once again reared its ugly head, a good time to speak of it is between Purim and Pesach. We are a nation with a history and a mesorah. We can look back upon both the good and the bad and learn from what our ancestors have taught us.

On Purim, we encountered the one who “sought to destroy, to slay and to exterminate all the Jews, young and old, infants and women…and to plunder their possessions.” On Pesach, we are obligated to tell the story of those who not only enslaved us, but bathed in the blood of our babies and cast them into deep waters.

This is the season when ancient anti-Semitism is in our daily vocabulary and suddenly we find it at our doorsteps once again. In more than 40 of the 50 states, threats of destruction and mayhem have been aimed only at Jewish institutions. Be they museums or schools, community centers or shuls, the word “Jewish” has been the common denominator target of those who have always hated us but only periodically dared to turn their ugliness toward the sunlight.

Now that there have been over a hundred of these documented acts of harassments in the United States alone, it is time for us to take stock. We must leave to the historians, sociologists, psychologists and pundits to tabulate, psychoanalyze and pontificate the ostensible reasons for the current phenomenon. Torah Jews, however, must look inward, to our sources and teachers, for the spiritual meaning of such frightening and alarming phenomena.

What did we learn from Purim? Among the many lessons we absorbed, surely one of the most practical and poignant is that of the great feast that got us into trouble in the first place. As good loyal citizens of the realm, we joined and we ate. Yet, although we did our duty and no one could accuse us of a lack of patriotism, soon enough there was a decree to destroy us all. Klal Yisroel had already survived many trials and tribulations from scowling enemies. But now we suddenly encountered the new nisayon of chesed le’umim – the welcoming smile of the nations – and we didn’t know how to deal with it. Having never lost our faith in the face of torture and death, we did not feel a sufficient tingle of danger when confronted with a kosher caterer and a welcoming butler. Only the quintessential ish Yehudi, the Jewish man, who was Jewish at home and in the street, unlike the model of Moses Mendelsohn, who blended in when amongst the gentiles, Mordechai stood in the way of assimilation from the plague of apparent friendliness and geniality (see Ohel Moshe, Purim, pages 44-49).

Indeed, it has always been so that our kind, benevolent G-d has saved us from this most perilous and deceiving of dangers. Sometimes it has just been the whiff of anti-Semitism that jolted us back to the reality of our being different, yet often enough Hashem actually uprooted the entire nation from country to country to reestablish our havdalah min ha’amim (Meshech Chocmah, end of Bechukosai). In Mitzrayim, where it all began, which established the eternal pattern of golus and geulah (Michah 7:15), Paroh enticed us as a friend, “come build with me,” and with his peh rach, the soft voice of a confidant, we dared not refuse. Until bitter servitude surreptitiously crept up upon us, we felt that we were volunteering together with our neighbors, until it turned out that we were indeed and forever all alone (see Vilna Gaon, Divrei Eliyahu, pages 16-17).

The Bais Halevi (Shemos, page 4) explains that “Hashem turned the love of the Egyptians [toward Am Yisroel] into hatred” to save us from assimilation. The Netziv, too, finds this pattern at the very beginning of the churban, the destruction of the first Bais Hamikdosh. Yirmiyahu laments, “Eichah… Alas she sits in solitude,” yet Hashem wanted her to sit securely in tranquility (Sanhedrin 104b). The Netziv explains that this is always the equation and the contrast. If we use our security and tranquility to become too close, we begin to sink into the abyss of assimilation, Hashem quickly changes the splendid seclusion into enforced isolation and even quarantine.

As the Maggid of Kelm predicted, because of Geiger’s so-called Shulchan Aruch allowing intermarriage and other forms of forbidden unions, there will come laws (i.e., Nuremberg) that will forbid such marriages by the law of the land (Sefer Yemos Olam, page 60).

Rav Avigdor Miller zt”l put it quite succinctly: “Jews do not belong to any one nation, nor are they citizens of any one country. They are universal citizens who belong to the world. Even better said, they are citizens of Olam Haba” (Ohr Olam, page 242). He goes on to stress that American Jews must be loyal and patriotic citizens, but not to delude ourselves that we are the same as all the gentiles of the land. He, too, concludes that “when American Jews attempt to assimilate and join with the prevailing culture, Hashem sends us the scourge of anti-Semitism to remind us that we have not yet arrived at our ultimate destination.”

At this point, we must stress with the Ramban that knowing that the plague of hatred of Jews comes from Hashem does not exonerate our enemies. They have clearly exercised their free will to perform evil and will eventually be punished for it. However, our internal reaction must be to the message from heaven, not just to the heavenly designated messenger. Each of us, on our own level, is being asked to distance ourselves even further than we think we already are from the “lure of the gentiles” (Targum Onkeles) that threatens to engulf us all. Most of us have the power to alter our own and perhaps our families to become less enamored of the cultural seductions surrounding us so that we don’t, G-d forbid, require the heavenly nudge to keep away from the empires of assimilation around us.

Rav Moshe Chaim Luzzato (Derech Hashem 4:8:2 and see the Eis Laasos commentary, page 454, note 29) assures us that to the extent that we keep our identity intact, the nations will only grow in their respect and reverence for Am Yisroel.

At first, like many, I was dismayed and somewhat appalled when our new president, who was rightly thought to be a friend of Israel and the Jews, outrageously left the word “Jew” out of a Holocaust commemoration, seemed initially unperturbed by the waves of anti-Semitism and even exploded in an odd attack upon a clearly Jewish journalist asking an innocent question. Then I realized that Hashem is indeed sending us another message. Al tivtechu binedivim – do not totally rely upon anyone. Reliance upon the gentiles, as I quoted from my rebbi, Rav Yitzchok Hutner zt”l, in these pages recently, is part of what brings us a path correction from Hashem. When the heavenly GPS says “recalculating,” it means we have let go of the wheel. To slightly change the metaphor, the dinging is telling us that we have gone over the line and may become one with the other car. It is time to slow down and rethink which direction we are going in.

How do we actually find this new road? Rav Moshe Sternbuch (Chochmah Vodaas, Shemos, page 273) suggests that each of us can divest ourselves even more from our infatuation with the prevailing culture by embracing more Jewish forms of dress, more tznius, and more identifiably Jewish customs. Perhaps even this word “divest,” the “d” of BDS, the world-wide anti-Semitic movement to isolate Israel and Jews, is a not-so-subtle reminder to us all to divest from gentile ways. Indeed, just a generation ago, it was extremely difficult to wear a yarmulka in the workplace, order in kosher food and have a Mincha minyan. Today, there is often no excuse not to. The more we are visibly different, the Bais Halevi taught us, the less we require anti-Semitism to help us. I believe that this is the message emanating from some gedolim encouraging men to grow beards. In earlier generations, our leaders were satisfied for people to keep kosher and attend shiurim, but today we may need the external prompts as well to help us maintain our precious identity. In Mitzrayim, too, the Meshech Chochmah (introduction to Shemos) teaches, there was a strange dichotomy. The Torah testifies that just before Yetzias Mitzrayim, we had to divest ourselves of avodah zarah, yet simultaneously we are told that our unique clothing helped redeem us. How could it be that we looked so frum but were rotten inside? Was it mere hypocrisy? The Meshech Chochmah says “not at all.” We required the tools of distinction and differentiation so that there would be people to be redeemed. Then, after ten plagues and many other miracles, we could throw away our idols and leave as a nation with an identity. We, too, must remember who we are – and just as importantly what we are not – so that we can leave with the geulah shelaimah, im yirtzeh Hashem.