The Mad Rush and the Parah Adumah 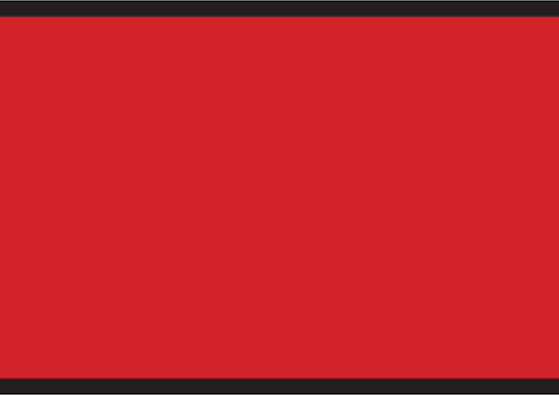 It’s a fine sunny day and I’m driving down a street thinking pleasant thoughts. As I approach a stop sign, I brake to a complete halt. Suddenly, my peace of mind is disturbed by the driver behind me. He’s not happy that I am stationary for more than a few moments. But I am not daydreaming, nor am I on my cell phone or admiring the scenery around me. I remain there simply because an elderly woman is crossing the street with her grandchild. What does the fellow want me to do? What is he thinking? He’s not. Obviously, he is in such a rush, and the last thinking on his mind is courtesy for others. But am I any different? Not very.

Every day, I come to the corner of Carlton Road and College Road here in Monsey and I encounter my nemesis. It’s that blasted red traffic light that holds me up every day. How does it always know when I’m coming so that it can suddenly greet me? How does it sense that I am in such a rush so that it can merrily take its time? Violent thoughts enter my mind. “That Edomi! That Amaleiki! One Purim I will come here in middle of the night when no one is looking and cut it down!” Really now, why the anger? Why the angst? So you’ll be at your destination a few seconds later. What’s the rush?

One would think that in our generation, with all the perks of modern technology, when we can get places quickly and get things done more speedily, we would have more time on our hands. We should be less pressured and more relaxed, but this is simply not the case. One of the curses in the first Tochacha is, “You will flee with no one pursuing you” (Vayikra 26:17). We are constantly on the run and find it hard to relax. This mad rush compromises our lives. We are too harried to appreciate Hashem’s briah around us and therefore don’t thank Him for it. Our constant hurry robs us of meaningful relationships with friends and neighbors. It prevents us from enjoying precious moments with our spouses, children, and ainiklach. What’s with the rush? Slow down. It’s a lesson we can learn from the mitzvah of parah adumah.

“This is the decree of the Torah” (Bamidbar 19:2). The mitzvah of parah adumah is beyond our understanding. Even the wisest of all men, Shlomo Hamelech, attempted to comprehend the reasons for this commandment, but without success. That doesn’t mean, however, that we can’t learn lessons from it on our level. Rashi quotes the Medrash that says that parah adumah is meant to clean up the mess caused by the chet ha’Eigel. What is the connection between the two and how is it a potion to cleanse us of the tumah that is caused by death? In fact, the sin of the Golden Calf and the chet of the Eitz Hadaas, both leading to the tragedy of death, came about because people were in a hurry.

Adam Harishon had everything he needed in Gan Eden. Hashem created for him the life’s companion that was best suited for him. Of every tree of the garden he could freely eat, except the Eitz Hadaas. The beauty of his surroundings was stunning. The angels would roast meat and prepare wine for him (Sanhedrin 59b). He and his spouse could have lived on in this idyllic situation forever. But the cunning serpent was jealous of Adam and enticed Chava to eat from the forbidden fruit, and she, in turn, shared it with Adam.

They were attracted by the fruit that was so delightful to the eyes and their desire to attain wisdom, and they rushed into something that would bring them and their descendants down forever. Oy. Oy! Had they only waited. Had they only thought the matter through. The Tikkunei Zohar says that if they would have pushed off the beckoning of the evil nochosh for just a few hours and waited for Shabbos Kodesh, it would have been permissible for them to imbibe the once forbidden fruit and the entire briah would have reached its full tikkun. However, because they couldn’t wait to fulfill their desire, because they were in a hurry for self-gratification, they brought calamity upon the world.

Because of this refusal to be patient, says Rav Yaakov Galinsky, because of this failure to wait, we must rectify their miscue by waiting and waiting for the final tikkun of the world, for the geulah to come with Moshiach. From time to time throughout history, there were signs of his arrival, only to lead to disappointment. Yet, we continue to anticipate hopefully, and in this merit he will come.

History repeated itself at Maamad Har Sinai. The Bnei Yisroel were given a chance to reach ultimate perfection. After experiencing the miracles of Yetzias Mitzrayim, Krias Yam Suf, and the thunder, lightning and sounds at Matan Torah, they were literally like angels. They were free of their yeitzer hara and free from the Malach Hamovess. They no longer had within them the poison of the serpent of the Eitz Hadaas. Thus, the Soton once again went into action.

According to their calculation, Moshe Rabeinu should have already returned from the top of the mountain and they became worried. The Soton exacerbated matters by showing them an image of his deathbed in the air and bringing a thick darkness into the world. They lost their bearings, falling into a panic. And then they proceeded to find a substitute for Moshe by making an Eigel.

Had they waited, had they delayed their actions for just a week, or days or even hours, the nisayon would have passed. Moshe Rabbeinu would be back to lead them and they would be free of the evil inclination and the Angel of Death. Nor would they ever have to be subservient to foreign kings. But they were in a hurry and they ruined it for themselves.

“I said: You are angelic, sons of the Most High you all. But like men you shall die and like one of the princes you shall fall” (Tehillim 82:6-7). Hashem thought that we had become immortal, but alas, because of our inability, we returned once again to being regular human beings destined to die. Had we been more deliberate, we could have lived on forever.

This is how the parah adumah is somewhat of a rectification of our past mistakes. If someone became defiled with tumas meis, he had to proceed with caution. He could not enter the Azarah of the Bais Hamikdosh. In his own domain, he had to be extra careful with what he touched, as vessels and goods became defiled upon contact. Whereas until now he was carefree as to where he went and what he touched, now, for seven days, he was contaminated and limited in his movements. He had to undergo the process of having the ashes of the parah adumah sprinkled upon him on the third and seventh days. This period got him to slow down and be more deliberate. If rushing and hurrying brought the tumah of death upon the world, he had to slow down and be very careful. In this manner, he avoided spreading tumah and instilled in himself a middah contrary to the one that brought death and its contamination to begin with.

Rav Yaakov Galinsky illustrated this stark difference between a Yid waking up in the morning and a non-Jew. A non-Jew can wake up to breakfast in bed. No washing, no brachos, no davening and no waiting. Instant satisfaction. A Yid, on the other hand, gets out of bed and washes negel vasser. He quickly gets dressed and recites Birchos Hashachar. No, it’s not time to eat yet. He might have a seder halimud in the morning before davening. Still no food. He davens with minyan and then returns home.

But he doesn’t begin to eat just yet. He is still waiting. First he makes sure that he has bread with salt. Then he washes and recites the brachos of al netilas yodayim and hamotzie. Only then, after all of this waiting, does he first take a bite. This is the way of an ehrliche Yid. He doesn’t have to have his pleasure immediately. He can wait. And this is the general hashkafah of a Yid. Today, we are meant to serve Hashem and fulfill His mitzvos. Only tomorrow, in the World to Come, will we enjoy the fruits of our labor.