Monkeys, Sharks and the Descent of Man 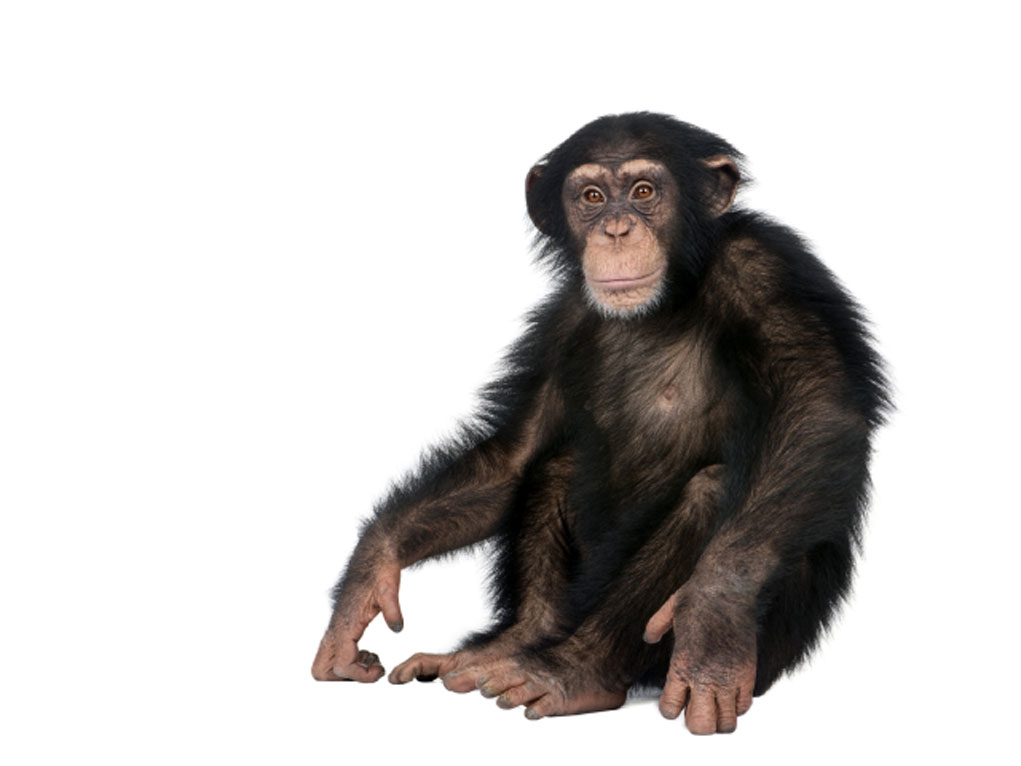 I have had the privilege of writing often in these pages of the glories of the animal world. In fact, my ArtScroll book, Blueprints, features an entire section called “The Torah Zoo,” detailing what we can learn from Hashem’s various creatures. However, it would seem that this summer things may have taken a more ominous turn. I don’t mean to be too parochial, limiting myself to my own geographic area, but the facts struck me as significant enough to be examined. In just one edition of Newsday, the Long Island newspaper (July 28, 2022), no less than four different stories were published about animals attacking human beings.

First of all, people are still talking about shark attacks. Thank G-d, most of these have not resulted in any human deaths, but the experts are still debating why the non-carnivorous fish are randomly biting people who are swimming or surfing innocently.

Secondly (page 4), a large headline screams out, “Dog Attack Kills Woman.” Newsday reported that “a search of their archives dating to the 1940s had discovered no similar deaths.”

A bit further (page 22), a frightening headline declares, “Monkeys Terrify Japanese City.” The grisly story of “monkeys that are trying to snatch babies, biting and clawing at flesh and sneaking into nursery schools” sounds at first like bad fiction or horror so-called entertainment. One city official shook his head, declaring, “I have never seen anything like this in my entire life.” Although the usual explanation of such animal behavior would be hunger or lack of food, “the monkeys aren’t interested in food, so traps haven’t worked.”

As if this weren’t enough for a modern and industrialized society such as Japan, the populace has discovered that these creatures, which we visit and smile at in the zoo, “tend to sneak up and attack from behind, often grabbing at your legs.” The story concluded that “no one seems to know why the attacks have occurred and where exactly the troops of monkeys came from remains unclear.”

Finally (page 8), in a story which has since ended happily, another full-page headline announces, “Big Cat Still On the Loose.” It seems that a Eurasian Lynx, generally native to parts of Europe, Russia and Central Asia, which has since been captured, was wandering around parts of Central Islip on Long Island frightening children and adults alike.

I am not usually one to jump to conclusions or be concerned about the latest conspiracy theory, but the Torah teaches us to keep our eyes and ears open to messages from above. Furthermore, no matter what scientists, politicians and journalists think about the world, we certainly know that there is a Creator Who runs the world and that there are no coincidences. Whether sharks, pit bulls, lynxes or monkeys, why are human beings suddenly more afraid of animals than before? In short, what’s going on? One of the Torah sources quoted in the book which it seems has now become more relevant is the Sheim M’Shmuel (Shelach 5673), who notes that all the animals were created to be in awe and fear of human beings who were created b’Tzelem Elokim, in the image of Hashem” (Bereishis 9:2). However, concomitantly with man’s abandonment of morah shomayim –fear of heaven – the animal loses its respect for human beings.

It is probably superfluous for us to delineate here the deterioration of mankind these past few years. There is very little left of the reverence for human life at any stage and respect for the way that Hashem created each human being. Even the basic laws of Bnei Noach, the primary rules of civilized society, are being flouted as if they never existed. Entire chains of stores have been closing because the authorities no longer enforce the elemental laws of private property. Thieves walk out of stores, even in the presence of so-called guards, with impunity, since apparently no one will actually arrest and prosecute them. Police are frustrated because they are told not to apprehend criminals, since they may have had a difficult childhood. And meanwhile, animals come out of their lairs, since the humans outside are no more civilized, perhaps far less so, than they are.

Let’s go back a bit to the days when animals respected their younger brothers in the history of creation. Hashem promised Noach and his children that “the fear of you and the dread of you shall be upon every beast of the earth and upon every bird of the heavens in everything that moves upon the earth and in all the fish of the sea; in your hand they are given” (Bereishis 9:2). The Abarbanel explains that after the Mabul, when Noach had seen up close the power of many of the animals, he was afraid that the beasts would rebel and overcome mankind. Therefore, Hashem reassured him that man would be ascendant. However, the Zohar relates this brocha to the fact that the generation of the Flood had decayed to such an extent that the animals were no longer in awe of man. Therefore, after a year of Noach’s ministrations to their needs and the reestablishment of the domination of mankind, the animals would return to being subservient to man.

However, Chazal (Shabbos 151b) teach that “a wild beast does not gain ascendency over a man unless the man appears to it like an animal, as it says, ‘But as for man, in glory he shall not repose, he is ruled when he appears like animals to an animal’” (Tehillim 49:13). The Maharsha (to the similar Gemara in Sanhedrin 38b) explains that the essential difference between man and animals is that man has the capacity to subjugate his desires. But when man surrenders to temptation, he loses the characteristic that makes him different from the animals. When he is in this state, animals have no fear of him.

Interestingly, another statement of Chazal (Brachos 33a) makes clear that it doesn’t have to be this way. There was a large serpent-like creature called an arod that was attacking people in the vicinity of Rav Chanina ben Dosa. Apparently, none of the experts could rid the community of this menace, so they asked the great Rav Chanina what to do. He asked to be shown its burrow, stepped on the hole, and was bitten by the creature. Instead of Rav Chanina being injured, the arod immediately died. Rav Chanina       placed it upon his shoulder and brought it to the bais medrash. He said to them, “See my children. It is not the arod that kills, but rather the sin that kills.’ At that time, they said, ‘Woe to the man who is met by an arod, but woe to the arod that is met by Rav Chanina Ben Dosa.” Indeed, while we should all be careful to avoid danger, when it comes to dealing with the animal world, it depends upon whether a person has maintained the kedusha and elevation with which Hashem made mankind (see Ramban to Iyov 36:7).

Truth be told, this incredible distinction between one human being and another can apply to an entire nation if we act accordingly. The posuk (Shemos 34:24) promises Klal Yisroel that “no one will covet your land when you go up to appear before Hashem three times a year.” Chazal (Pesachim 8b) elaborate that this means that even when we are away from our land, “your cow will graze in the meadow and no beast will harm it.” Tosafos explains that the kedusha of the people who have gone up to pay tribute to Hashem will add sanctity to the land itself to the point where even the animals will be influenced by the holiness to the extent of not harming weaker birds and creatures. That is the way the world is supposed to look. There is a hierarchy and man is on top. Or is supposed to be. If he lowers and demeans himself or if he destroys his tzelem Elokim, the animals no longer have what to respect, let alone to fear, and at that point, the rule of nature, “red in tooth and claw,” reigns supreme, with no difference between man and beast.

My rebbi, Rav Yitzchok Hutner zt”l (see Pachad Yitzchok, Sefer Hazikaron, page 85), long ago declared that one of the three people who ruined humanity (the other two being Marx and Freud) was Charles Darwin. For most of mankind’s history, one of the common denominators was man’s superiority over the beasts. Once he equated the two and left us sloshing in the mud with the lower creatures, once most curricula in the world established evolution as the dogma of universal education, the result eventually had to lead to the current anarchy of people declaring everything from baboons and elephants to have the same rights as humans. Rather than applauding these innovations, the animals have reacted as Chazal predicted. They rebel and turn on us, for they now feel superior. We were never stronger or faster, we never developed into adult independence earlier, and we never had the instinct to do what we needed to survive.

But while we carried our holy neshomah proudly, we were able to control that which was ostensibly beneath us. It seems, however, that this may be true no longer. It is in the hands of those of us who still believe in a higher human soul to act accordingly. Perhaps this is one of the ways Hashem wants Klal Yisroel to save the world. The more we act in accordance with the great gift of being a tzelem Elokim, the less we act with the baser animalistic tendencies, the closer we will come to rectifying Hashem’s world and bringing both normalcy and eventually even geulah to the world.