Looking Out Looking In 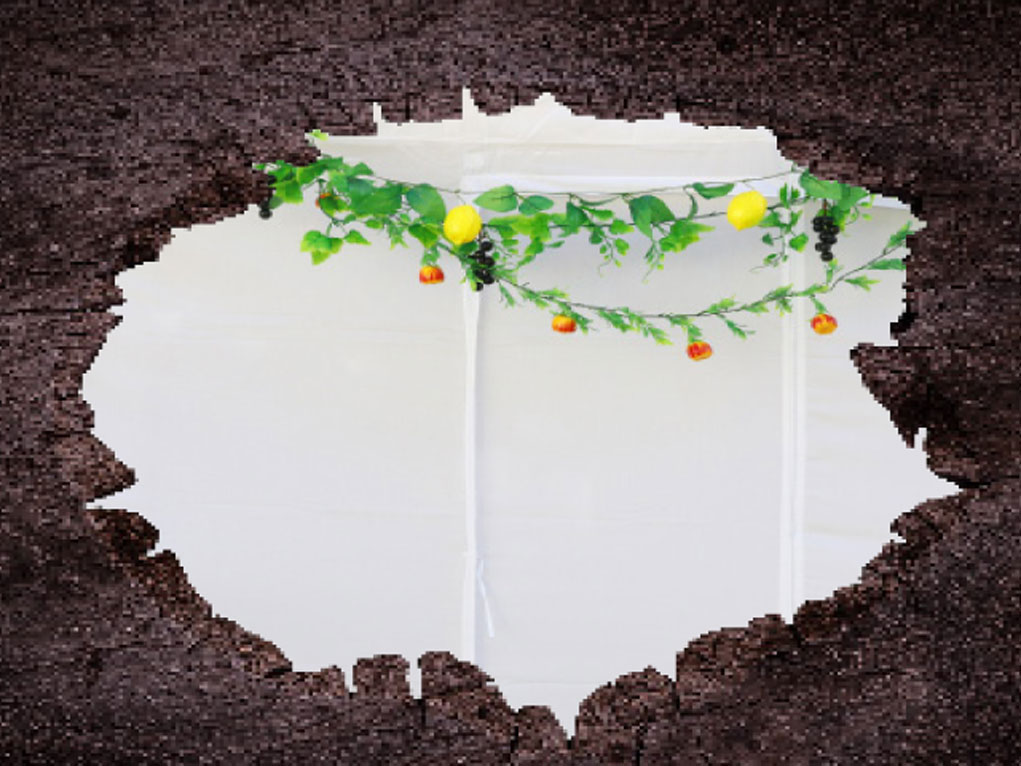 REFLECTIONS INSIDE MY SUKKAH

“You shall take for yourselves, on the first day…the four minim.”

“The holiday of Sukkos you shall make for yourselves.

After the Yomim Noraim, when it sure sounded like a lot of collective guilt, the words “for yourselves” suddenly ring a different tune.

Although Sukkos can technically be shared, lulavim and esrogim cannot be shared. “Ulekachtem lochem – And you shall take for yourself” are the prefatory words that decree that everyone has to take his own set of lulav, esrog, hadassim and aravos. Yet, the binding of the four species is so often explained as the binding of four variant Jews, each with a different level of religiosity and commitment.

It’s an interesting dichotomy. Indeed, unlike the Pesach pronouncement, “Whoever is hungry, come and eat,” we sit in our own huts, without the invitational call that Pesach engenders. Of course, we have guests in the sukkah, and despite the word “Lochem,” unlike lulav, we can sit in someone else’s sukkah. I can’t exclude all of those who are living in apartments and have a shared sukkah, but, indeed, for the most part, Sukkos is usually a personal affair. However, despite the privacy of one’s porch or patio or backyard, the flimsy walls clearly do not generate the type of privacy that our homes afford.

We would often sing collaboratively with neighbors whose sukkos were not so far from ours.  But we all had our own sukkos.

Yet, for some reason, the esrog and lulav must be owned by the one who will shake it. Of course, I’ve yet to find someone who is not interested in “checking out” the next fellow’s esrog. Yet, he must shake his own or at least own it at the time he shakes it.

I ponder the paradox of the proprietary esrog and remember a story that my son shared with me.

A number of years ago, he moved to New York after an eight-year stint in St. Louis, where he was in kollel and had earned his Masters in Mental Health Counseling.

Taking his kids to a New York kosher supermarket was vastly different from the experience in St. Louis. The wide array of kosher snacks was far beyond anything they had seen in the kosher section of St. Louis’ local Schnucks supermarket. A display of kosher Doritos© (imported from Israel) caught their eye. Their father also wanted to treat them to something special after years of the Midwest semi-abstinence and a great first week in school.

So, there he was, kids in tow, sorting through the wide variety of kosher Doritos, the Badatz emblem visibly attesting to the strange symbiosis of chareidi authorization and American gastronomy, when a woman, shopping in the same aisle, made a short stop. She stood there for a short moment, staring or perhaps glaring at the variety of Dorito bags that were in his cart, snugly filling the spot where his two-year-old was sitting in the child section of the wagon.

He looked at her quizzically, not knowing if he breached New York shopping protocols in any way, and she returned the questioning look with a question of her own. With a mixture of indignation and shock, she asked him, “Are you a rebbi?”  It had a “How dare you” intonation, which puzzled him.

He hesitated. Technically he was, or at least he had been, but that was not his current role. It was a puzzling question. What prompted her to ask it?

“I see that you are buying Doritos! Do you know that they are more expensive than regular corn chips? I told my kids that they can’t have Doritos, but if a rebbi is buying them…” She paused and, in a flourish, concluded her soliloquy, “…Then what am I supposed to tell my kids?!”

My son took a step back in shock and replied, “Actually, I am not a rebbi. I am a mental health professional.”

And then he paused. In his soft and soothing voice, he added, “And if you need some help, I can give you my number.”

One of the greatest challenges during these High Holy Days of repentance and reflection is to try to focus on what is in your own cart and your own sukkah.

Technically, a sukkah needs no windows. It can have four opaque walls. The only thing one needs to see is the Heavens above!

We all have the urge to peer into someone else’s sukkah or their shopping cart. “I’ll have what he’s having.”

I remember, as a teenager, the urge to peer inside the scribbles along the sides of the “Ashamnu” booklets that many of the older bochurim in my yeshiva cried over. “What in the world could they be klopping about?” I would wonder. It was my curiosity, but none of my business.

Sukkos represent the Ananei Hakavod, yet they are symbolic as well of the huts in which we sat during our sojourn in the desert. Those were the tents that Bilam viewed as he declares, only after seeing that no two doors faced each other, “Mah tovu ohalecha Yaakov – How glorious are your tents, (children of) Yaakov!”

Rav Chaim Kreiswirth, the rov of Antwerp, once told of a member of his kehillah who approached him, obviously quite upset.

“Rebbe,” he exclaimed, “I just don’t understand. My friend Yankel and I began businesses of the same type at approximately the same time. He is doing remarkably well, while I am just floundering!”

“Are you working as hard as he is?” Rav Kreiswirth asked.

“I sure am!” came the reply. “My place is right down the block from his, and I never close my shop until I see his car pull away!”

“Perhaps he has more employees?”

“Can’t be. I checked with his manager, and I have recently added two more than he has!”

“Perhaps the decor of his store is more attractive to consumers?”

“It just can’t be that, rebbe. He remodeled last year. I checked the lighting, square footage, display cases – and on each count, I outdid him when I remodeled a month later!”

At this point, Rav Kreiswirth smiled. “I have it all figured out. The reason Yankel is doing so much better than you is because he is only concerned in running his business. You, my friend, are running two! If you would only just focus on your own condition, you will also become a success.”

We shake one lulav and concentrate on our own. We sit in our own sukkah and don’t need windows to the others. The only opening is to the Ribono Shel Olam’s abode! To Him we can always look. We may not be supposed to look at our neighbors, but we should never stop looking toward the Heavens.