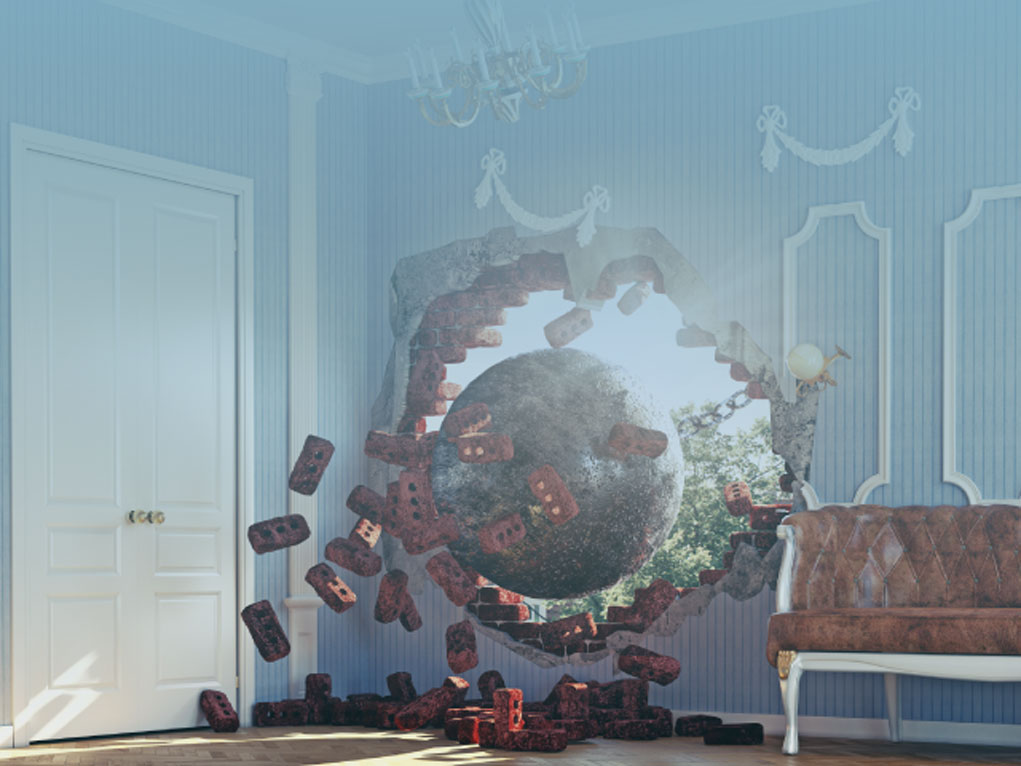 Imagine the following nightmare scenario. Mrs. B. is sitting peacefully in her kitchen with her second cup of coffee, when her morning suddenly takes a horrific turn.

Outside her window she hears an ominous rumble. Opening the front door, she sees a full complement of bulldozers and wreckers lined up on the street in front of her home. In response to her astonished query, the foreman of the burly crew hands her an official-looking paper. “Your house is slated for demolition, ma’am. This morning.”

“What?” she shrieks. “I need time to clear out my things!”

The foreman shakes his head: his crew has a schedule to keep. Mrs. B. continues to plead. Finally, with great forbearance, he grudgingly says, “You can have ten minutes.”

What would you grab from your home if you had ten minutes before the wrecking ball strikes?

One thing you would probably take would be important documents such as passports and birth certificates, simply to avoid the hassle of having to reapply for them all over again. Valuable seforim. Precious jewelry. A few sentimental items, perhaps, such as your wedding album and photos of the kids when they were babies.

After the objective list of “must haves” comes a second, highly personalized one. Things which someone else might not consider important, but which you deem essential. Items which may seem trivial to an outsider, but which, to you, are some of life’s necessities.

Back in pioneer times, a girl living out on the prairie might own a dress for weekdays and another one for “best.” A coat to wear in winter, and a pair of boots. In the big cities, her wardrobe might be upgraded to two weekday dresses and an extra pair of shoes. That’s because what we consider necessary is often less about absolute necessity and more about social mores. What the people around you have sets the bar for what you feel you need to have.

When packing for a trip, space is limited and so are the options. After packing the basics, incipient travelers will make use of the remaining available space to fill their luggage with items they consider vital to their comfort and enjoyment. If he dreads being hungry, he will bring some extra snacks. If she hates being bored, she will pack plenty of reading material. If they will be staying in an upscale hotel, she will include accessories to enhance her appearance and make her stay more pleasurable. If camping is their venue, he might take along a fishing rod. And so on: to each, their own brand of what they feel they simply cannot do without.

The list is an extremely arbitrary one. Remember the old question about what you would take along if you had to be stuck on a desert island? Each person’s decision about what to take will be different, because his list of personal necessities is different.

This is something we need to remember when vying for space in that overstuffed suitcase. While we may be tempted to denigrate the other person’s choices, we should honor them the way we’d like them to honor ours. Because when it comes to demolitions, desert islands or anything else, one person’s luxury may very well be another person’s necessity.

In the first days after the outbreak of the Second World War, the Nazis invaded my mother’s hometown of Lezhensk. The early invasion, boruch Hashem, predated the advent of the Final Solution and its notorious crematoria. The Jews in town were given three days to pack a small bag and assemble at the edge of town by the river. One by one, the families passed before the Nazi overseer, who made sure they had no valuables with them before sending them across the bridge into Russia.

What did those fleeing Jews take with them? Naturally, the first thing my grandfather and the other men packed were their tallis and tefillin. To the enemy, this had no intrinsic value. For the Yidden, it held an inestimable intangible worth.

The same could be said about the photo albums that our hapless, and mythical, Mrs. B. seizes on her way out of her soon-to-be-demolished home. There is no price tag attached to such items. To an outsider, they are valueless.  To her, however, they are chock full of love and joy and good memories. Things without which she feels life would not be worth living.

A person who was rich and then loses his wealth may recognize that feeling. The lack of money and its purchasing power is not the only thing he suffers from. True, he may miss the ability to come and go as he pleases, to enjoy out-of-season delicacies, to be the best-dressed person at any affair. But it is the intangibles that will hit him hardest: the diminution of his self-respect as he sees his standing in the community drop.

This was the reason the Tanna acted as he did in the following story.

Giving tzedokah is not a one-size-fits-all matter. Rather, Halacha dictates that we help a poor person in accordance with the way he was accustomed to living. When a member of the community lost his wealth and needed charity, the Tanna did not only see to it that he was supplied with a horse and carriage. The formerly rich man had also been accustomed to having a servant run ahead of his carriage wherever he went, as a sign of the master’s prestige. To have anything less would have afforded him unconscionable pain. And so, when the once-wealthy individual went out driving, the great Tanna personally undertook to run ahead of the carriage the way a servant once did.

To anyone else, such a thing would have been a luxury. An extra. Over the top. For that once-prosperous individual, however, it was one of life’s necessities.

This is an idea that we’d be wise to take with us into friendship, marriage, in-law-hood, or any other important relationship. Because we are all different inside, we experience life differently. We enjoy different things and dislike different things. One person may feel that she just must have what another person feels he can just as easily live without… and vice versa.

When we got married, my husband suggested a wise rule: if the two of us should ever disagree about something, the “winner” would be the one to whom the issue is more important. That way, everyone gets the necessities taken care of, even though they may have to dispense with some of the extras.

We’d all like to have it all. Unfortunately, reality has a way of saying “no way” to wishes like that. In the absence of that possibility, we need to compromise. The goal is to find a way of making sure that everyone has what he or she really needs. To do that, necessity ought to take precedence, even if it is a completely subjective, emotional “necessity” that the other party doesn’t share and may not even understand. Because, when the shoe is on the other foot, the other party knows that he or she will get the same preferential treatment.

I heard from my niece, an alumnus of the Yavne Seminary, that Rebbetzin Ausband used to tell the girls that she and her husband tried to give each of their children what they most wanted, since they could not give everyone everything. One child might long for pretty clothes while another dreamed of going to camp. No one got everything, but everyone got what was dearest to their heart.