Lag Ba’omer: A Rav Shimon Bar Yochai for All 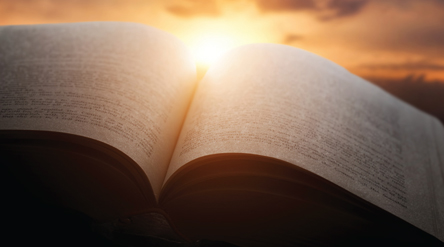 Lag Ba’omer is a day of mystery. Although it has become universally accepted that Lag Ba’omer is celebrated with fires, dancing and songs, some of the greatest poskim ruled strongly against these commemorations (see, for example, Shoel Umeishiv 5:39). One of their points is that if indeed Lag Ba’omer is the yahrtzeit of Rav Shimon bar Yochai, one should fast and be imbued with sadness at the passing of a tzaddik. In fact, the poskim note that the day Moshe Rabbeinu passed away on the seventh of Adar is indeed a fast day for at least one group of people, the chevra kadisha in every community.

Furthermore, even if one follows the opinion that the talmidim of Rebbi Akiva stopped dying on Lag Ba’omer, it is hard to understand how that fact could result in a day of dancing and joy. One can only imagine the melancholia and gloom that must have seized Klal Yisroel as they contemplated their grief over the incredible loss of 24,000 of the greatest talmidei chachomim in Klal Yisrael. They may have felt relief that the tragedy was over, but surely that is a far cry from simcha and dance.

To be sure, there are other opinions about why we celebrate Lag Ba’omer. One is that we are celebrating the miracle that Rav Shimon was saved from a decree of death by the evil government. Therefore, his death by natural causes instead of torture and execution was in fact something to celebrate (Teshuvos Sheim Aryeh 14). Others answer that it was Rav Shimon himself who wanted us to celebrate the day of his petirah. They note that this is halachically sound as well (see Shach, Yoreh Deah 344:9). Still others (see Otzar Kol Minhagei Yeshurun, page 87; Taamei Haminhagim, page 251) explain that Rav Shimon himself was joyous on the day of his death. Unlike Moshe Rabbeinu, who cried when he was told that he would soon pass away, Rav Shimon looked forward to the day of his passing (Idra Zutah, Haazinu, page 291b). However, all of this does not seem to explain why such a major difference existed between Moshe Rabbeinu and Rav Shimon and why this affects our conduct as well.

I would like to suggest that a path toward understanding these issues and Lag Ba’omer itself is embedded in the cryptic words of Rav Aharon of Karlin (Bais Aharon, Lag Ba’omer, quoted by Rav Moshe Wolfson in Emunas Itecha, Lag Ba’omer, page 50). He states that “whoever believes in Rav Shimon bar Yochai receives chizuk (is strengthened) from Rav Shimon, and just as Hashem is the G-d for all, so is Rav Shimon bar Yochai the Rav Shimon bar Yochai for all.” Although Rav Wolfson provides a beautiful abstruse interpretation of these words, we will take a simple approach that may help our own celebration and to better understand the benefits we can gain from Lag Ba’omer.

We know (Idra Zuta; Zohar Chodosh 3:296b) that Rav Shimon bar Yochai’s last word on this world was chaim, which means life. He was reciting the posuk (Tehillim 133:3) which states, “So the dew of [Mount] Chermon descends upon the mountains of Tzion, for there Hashem has commanded the blessing. May there be chaim forever.” He managed to recite the word chaim and passed away. The meforshim (see Bilvavi Mishkan Evneh, Lag Ba’omer, page 160) teach that Rav Shimon did not so much end his life as continued it in another venue, in Olam Haba. Now, here, too, we must ask: What was the difference between the passing of Rav Shimon and Moshe Rabbeinu? Surely, Moshe Rabbeinu died a misas neshikah – he was taken by a Divine kiss – and it seems as if Rav Shimon had a similar death, indicating that even in death he was connected to life. Furthermore, Rav Shimon is closely associated with Moshe Rabbeinu (see Zohar Chodosh 3, Idra Rabbah 132b), so why was Moshe Rabbeinu’s death fraught with tears and Rav Shimon’s with joy?

We are all familiar with an entire Gemara, Maseches Taanis, that revolves around fasting in order to bring about rain during a draught. On the other hand, Rav Shimon was able to summon rain even without fasting (Zohar Chodosh, Acharei Mos 59b). In another place in the Zohar (Zohar Chodosh, Idra Zutah 288b), it is explained that Rav Shimon gained this power because he was scrupulous never to miss seudah shlishis. This has been elucidated as based upon the fact that all fasting is atonement for the primordial sin of Adam and Chava, which came about through a forbidden act of eating. That act brought death and decay into the world. One who has elevated eating to the level of Rav Shimon bar Yochai has no need to fast, for his eating itself helped to atone for the great sin. Now we know that Moshe Rabbeinu conducted himself differently. When he was up in heaven receiving the Torah, he did not eat for forty days and nights, thus elevating himself to the level of the angels and atoning for that ancient sin as well.

The explanation given for these two approaches to kapparah for the sin of the Tree of Knowledge is that Moshe Rabbeinu received the Torah in a framework of yiras Hashem, the ultimate fear of Hashem. This is reflected by the posuk which states, “The day that you stood before Hashem…so that they shall learn to fear Me…” Rav Shimon, on the other hand (Zohar Chodosh 3, Idra Rabbah 128a), based all of his learning upon love (chavivusa), and so Moshe Rabbeinu’s death results in a fast (Orach Chaim 580:2) and Rav Shimon’s results in a celebration of his final word, life itself.

Moshe Rabbeinu is able to live on the level of din – rigorous judgment – and Rav Shimon “can exempt the entire world from middas hadin” (Sukkah 45b). We can understand this dichotomy, albeit on the simplest of levels, as follows. Moshe Rabbeinu demonstrates to us the incredible high level that a human being can attain, living without food or drink for forty days in the holy heavens. For most of us, this madreigah is worthy of recognition but impossible in the practical world. On the other hand, Rav Shimon teaches us to elevate food, sanctify eating itself, and make every aspect of chaim, life, an opportunity for kedushah. That is a more attainable goal than attempting to be like Moshe Rabbeinu, and so upon Moshe Rabbeinu’s passing, we mourn the loss of something unique, which may never appear again in our world (see Devorim 34:10; 7th Ani Maamin). On the other hand, Rav Shimon, in the words of Rav Aharon of Karlin, is “the Rav Shimon bar Yochai for all,” because emulating him means using that which is most human about ourselves – eating, drinking and all that makes us frail and mortal – to elevate ourselves above the animal world and in fact above the rest of mankind.

The irony here is, of course, that Rav Shimon bar Yochai, as the author of the Zohar, the primary work of Kabbolah, is perceived as the most inscrutable of our leaders. Lag Ba’omer itself is the greatest testimony to the opposite approach. Rav Shimon helped his rebbi, Rav Akiva, to overcome the plague of death and destruction by emphasizing chaim, living life to the fullest, while sanctifying every moment, even gashmiyus, the material aspects of life. At Moshe Rabbeinu’s death, many halachos were forgotten, and so it remains a day of sadness and loss. Rav Shimon’s yahrtzeit, however, commemorates the revelation of many previously unrevealed secrets of the Torah, and it is therefore celebrated as a day of growth and the intensification of Torah amongst Klal Yisroel.

Celebrating Lag Ba’omer properly means reaching deep inside ourselves to discover how to elevate our own humanity. We need not fast on this day, although it represents the death of a giant, for he taught us that death can simply be a continuation of life in a better and holier place. However, while we are in this world, we can eat, drink and be full of the kedushah of life itself. Lag Ba’omer allows us the attainable goal of emulating our Rav Shimon bar Yochai, at seudah shlishis and every other venue. Learning Rav Shimon’s holy works enhances this goal, but on the day he left the world we can concentrate on living a chaim shel kedushah, as Rav Shimon bar Yochai did, to the very last moment and word of his wonderful life.