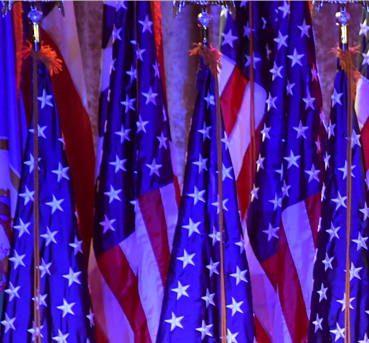 There is no reason to suspect that President Donald Trump harbors anything but the warmest feelings for Israel. And many of his closest advisors – his son-in-law Jared Kushner, Middle East envoy Jason Greenblatt, and Ambassador to Israel David Friedman – have long records of support for Israel. Yet, it is possible to do harm without intending to do so, and Trump’s meeting last week with Palestinian Authority Chairman Mahmoud Abbas suggests that he may fall into that category.

A less egotistical man might have been given pause by the abject failure of so many of his predecessors to bring about peace between Israel and her neighbors despite large investments of time, energy, and prestige. Not President Trump, who proclaimed the achievement of Middle East peace to be “not as difficult as everybody thinks,” and professed his eagerness to secure the “deal of all deals.”

And a more intellectually curious mind might have spent some time pondering why all the previous efforts have failed before assuming that he had the answers. Among the questions he might have asked is whether America’s active involvement in securing a peace deal at this point brings that peace closer or makes it even more unlikely.

LET US BE CLEAR. Even a peace treaty, not to mention actual peace, between the Palestinian Authority and Israel is not in the cards, not now and not in the foreseeable future. Israelis have witnessed both southern Lebanon and Gaza become missile launching pads against Israel after the Israeli withdrawal from those territories. They have predictably little taste for the same thing happening to Yehuda and Shomron.

The limitations on Palestinian sovereignty that would be required for Israeli security are not ones to which any Palestinian leader could ever agree. That conclusion is borne out by Daniel Polisar’s important lead article in the April Mosaic, “Do the Palestinians Want a Two-State Solution?” in which Polisar surveys 400 public opinion polls of the Palestinian population.

When presented a binary choice between a bi-national single state between the Mediterranean Sea and the Jordan River or a two-state solution, Palestinians generally give something close to 50% support to the two-state solution. But when that two-state solution is fleshed out in the specific terms, along the lines of the Clinton parameters at Camp David in 2000, large Palestinian majorities reject each of the crucial components. In two 2016 polls by the Palestinian Center for Policy and Survey Research (PSR), 78% rejected a demilitarized Palestinian state; 65% rejected Israel retaining two early warning stations on the Jordan Valley Rift for 15 years; and 57 opposed the provisions on mutual recognition.

Two-thirds of Palestinians were against Israel annexing any settlement blocks beyond the 1949 armistice lines – about 3% of the West Bank – even if compensated with equal amounts of land elsewhere. But there is no way that Israel could possibly abandon those settlement blocs and uproot the hundreds of thousands of citizens living there without triggering a civil war.

And it should be remembered that the terms of the two-state deal the Palestinians were invited to consider went beyond what any Israeli government has offered and to which a large majority of Israel’s citizens is prepared to agree.

BUT AN EVEN MORE FUNDAMENTAL REASON peace is not possible at present is the congeries of beliefs that form what Daniel Pipes terms Palestinian rejectionism: Jews have no historical connection to the Land of Israel, Israel has no right to exist, and time is on the side of the Palestinians. Close to three-quarters of Palestinians deny that Jews have a long history in what they term historic Palestine. Large majorities of those polled consistently say that Israel has no right to exist, and that is so even if Israel would return all territory captured in 1967.

Mahmoud Abbas’s PhD. thesis on the alleged collaboration between Zionists and the Nazis in order to strengthen Jewish post-war claims to Palestine represents a classic statement of Palestinian rejectionism. Jewish settlement in Palestine, in that telling, has nothing to do with historic ties to the Land, but only European guilt over the Holocaust. Moreover, Zionism is a totally illegitimate movement allied to the Nazis. Abbas continues to affirm the validity of his thesis.

The percentage of those stating that Israel has no right to exist is highest among the Palestinian young – 92%. That is hardly surprising. For the near quarter century since Oslo, Palestinian children have been subjected to non-stop virulent hatred of Jews and Israel in the Palestinian media and educational system.

“The Palestinians are also educating their children for peace,” Abbas averred with a straight face to President Trump last week. One cannot help be impressed by his ability to lie so brazenly. On a daily basis, as documented by Palestinian Media Watch, demonization of Jews pours forth in a torrent. Young children cry out their determination to kill the Jews, that there is no such thing as Israel, that Jews are the sons of the pigs, and the TV hosts, paid by the PA, clap and chant, “Bravo.”

Investigative journalist David Bedein started following Yassir Arafat around with a tape recorder to document what he was telling Arab audiences from the early days of Oslo and in recent years has focused on the curriculum taught in the refugee camps run by UNRWA (to which the United States contributes 30% of the budget). In those schools, a daily drama of “redemption and return” to all the land owned by Arabs prior to 1948 is reenacted.

The Palestinian Authority has gone way beyond the demonization of Israel in its official media and educational system. It has actually created incentives for terror murder of Jews. The 2016 budget of the PA includes $140 million dollars for payments to terrorists in Israeli jails and $175 million of the families of “martyrs,” including suicide bombers, amounting to seven percent of the PA’s annual budget. Payments to those in jail increase in accordance with the length of the sentence, i.e., in accord with how many Jews were killed or wounded. The PA has effectively put a bounty on the heads of Israeli Jews.

The effectiveness of the ceaseless incitement and active encouragement of terror is reflected in Palestinian public opinion. When a Palestinian state in the entire area between the Jordan and the Mediterranean and the Jordan – “from the river to the sea” – is added to the mix of choices for a “solution” to the Palestinian-Israel conflict, it is consistently found to be the most popular by far. Colin Irwin employed the same type of “peace polls” he had developed in Northern Ireland in polling Palestinians. Eighty-two percent of those polled described a return to historic Palestine – i.e., from the river to the sea – as essential or desirable. Over seventy percent described an Islamic Waqf in the same area as essential or desirable. (By contrast, only 17% of Israeli Jews described the maximal claim to the Land as “essential” and 10% as “desirable.) Bottom line: A large majority of Palestinians aspire to a day when Israel no longer exists.

And even were the Palestinian leadership to negotiate a two-state settlement, 64% of Palestinians would still favor continuing the “resistance,” according to a 2014 poll by David Pollack of the Washington Institute for Near Eastern Policy. And in 16 different polls, an average of 88% of the Palestinians polled rejected, as part of a peace deal, agreement to remove from the Palestinian school curriculum all demands for a return to Palestinian rule over all of “historic Palestine.” So much for the “peace education” of which Abbas spoke to President Trump.

FUELING PALESTINIAN REVANCHISM, at least in part, is the conviction that time is on the Palestinians’ side and that Israel will not be around forever. In a 2015 poll, David Pollock found that only 23% of Palestinians think Israel will still exist in 30 or 40 years. And in a poll after the complete Israeli withdrawal from Gaza, a large majority of Palestinians expressed their belief that resistance played a great role in securing the Israeli withdrawal and is an effective tool in wearing down Jewish morale.

If Palestinian public opinion is to change, the key will be convincing the Palestinians that time is not on their side, and that rejectionism comes with a price. Passage and implementation of the Taylor Force Act before Congress, which conditions U.S. aid to the West Bank and Gaza on the cessation of payments for acts of terrorism against Israeli and U.S. citizens, would be an important first step. (Taylor Force, a West Point graduate, who served in Iraq and Afghanistan, was knifed to death by a Palestinian terrorist while visiting Israel last year. The terrorist’s funeral was broadcast on PA TV, and Abbas hailed him as a “heroic martyr.”)

No longer falling for every ruse – e.g., Palestinian “peace education” – as a fig leaf for proclaiming Palestinian moderation and commitment to peace so as to keep the cash spigots open would be another. Another such ruse was Hamas’s issuance last week of a new covenant. The new covenant drops the Koranic quotations calling for the murder of Jews wherever they are found and appears to express a willingness to accept something less than the maximal Palestinian state. But on closer examination, it continues to advocate the old Arafat strategy of destroying Israel by salami tactics, one slice at a time.

Instead of rushing to invite Abbas to the White House and assuring him of continued American support, as President Trump did, based on the premise that peace is attainable at present, Trump should have made it clear to the Palestinians that a long period of benign neglect lies ahead if they do not go to work building their own civic society rather than fostering dreams of destroying Israel’s. The failure to do so made peace more distant than ever.