The Joy of Rosh Hashanah 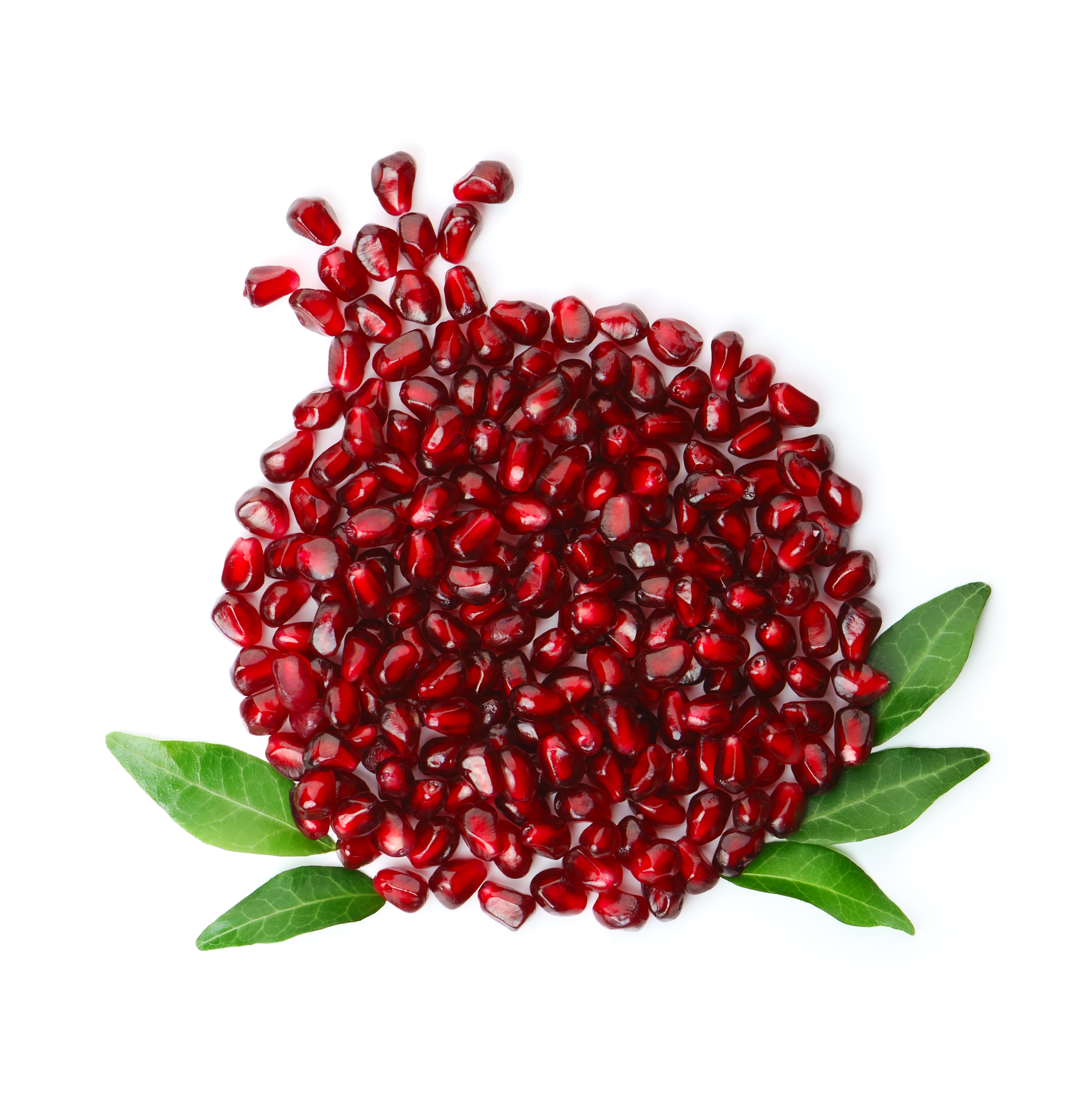 Of course, the primary emotion of Rosh Hashanah is fear. The novi (Amos 3:8) asks, “Aryeh (a lion) has roared; who will not fear?” Chazal reveal that the Hebrew letters of aryeh stand for Elul, Rosh Hashanah, Yom Kippur, Hoshana Rabbah. The Gaon of Vilna explains that when one is afraid of something, even “a heart of stone” turns into “a heart of mere flesh” and becomes more open to repentance.

The Abudraham writes that the reason that many of the Rosh Hashanah tefillos begin with the word “uvechein – thus” is to evoke Esther’s words when she was about to approach the king uninvited. The posuk quotes Esther as saying, “Uvechein avo el hamelech – And thus I will come to the king.” The Abudraham explains that the Anshei Knesses Hagedolah wanted our emotions and feelings to mirror those of Esther, fear and trepidation that all could be lost, “and if I perish, I perish.”

Throughout the ages, our greatest gedolim – people of impeccable character and actions – trembled at the coming of Rosh Hashanah and often fainted upon reciting words such as hayom haras olam and zochalim veroadim, which refer to the formidable apprehension of the day.

The Chasam Sofer (commentary to Shulchan Aruch 597) offers an original proof from the language of the Mishnah (Rosh Hashanah 29b) that refers to “the Yom Tov of Rosh Hashanah.” In fact, in his Drashos (2:356), he goes so far as to say that in the merit of our proper simcha on this day, we will merit a good verdict on this Day of Judgment. Indeed, when Klal Yisroel returned to Eretz Yisroel after the second churban, Nechemiah (8:10) adjured us concerning the first Rosh Hashanah back in our land: “Today is sacred to Hashem, your G-d; do not mourn and do not weep… Go eat rich foods and drink sweet beverages… Do not be sad; the enjoyment of Hashem is your strength.”

What was Nechemiah teaching us with this somewhat surprising pre-Rosh Hashanah speech?

My rebbi, Rav Yitzchok Hutner zt”l (Pachad Yitzchok, Rosh Hashanah, Maamar 7) explains that there are two distinct sides to the creation of Adam. On the one hand, Chazal (Eiruvin 13b) conclude “that it would have been better for Adam not to have been created than to have been created.” But on the other hand, at the end of creation, the Torah declares, “And Hashem saw all that He had made, and behold it was tov me’od – very good.” The word me’od most specifically references the creation of Adam, whose name is comprised of the same letters as me’od (Yalkut, Bereishis 16).

Rav Hutner explains that the reason for this dichotomy is that “the essence of the kedusha of Rosh Hashanah is the kedusha of the creation of Adam…Therefore, on this day, the two seemingly contradictory aspects of Adam shine forth brilliantly. One is the negative that on the one hand, it would have been better if man was not created at all. The other is the incandescent light of tov me’od.”

As Rav Hutner concludes, when Nechemiah declares that they should not cry on Rosh Hashanah, it is not that there is nothing to cry about. There certainly is, but the grandeur of man, his limitless potential, and the power of teshuvah overcome the need to cry.

Rav Hutner guides us to a simultaneous oscillation between the weeping over lost glory and the rejoicing over a creature whose essence is me’od and all he can accomplish. Perhaps this is why the Chasam Sofer cited this particular posuk in Nechemiah in the first place. Starting over again in Eretz Yisroel after churban, we needed to balance the two forces of Rosh Hashanah, the daunting awe of dealing with our sins and divine judgment and yet celebrating the “kedushas brias ha’adam,” the holiness that entered the world upon the creation of the “chossid gadol” (Eiruvin 18b) Adam was even after he sinned.

We, too, must hold in our hands these two opposing aspects of our existence on our creation day, Rosh Hashanah. The Sefer Hachinuch (Mitzvah 311) teaches that Rosh Hashanah is a great gift because “one of the kindnesses of Hashem toward His creations is that he evaluates our actions annually so that our sins do not pile up irrevocably… This day, therefore, represents the upholding and salvation of the world. Therefore, it is appropriate for it to be a Yom Tov… However, since it is a day of judgment, it is also proper to relate to it with fear and trepidation more than the other holidays of the year.” Once again, we note the duality of this complex day. Rav Tzadok Hakohein of Lublin (Likkutei Maamarim 13) points out the double approach to Rosh Hashanah through the sounds of the shofar. He quotes the Gemara (Rosh Hashanah 33b) that the teruah sound reflects our broken hearts as we consider our sins and attempt to do a complete teshuvah. On the other hand, the tekiah (Bamidbar 10:10) is a sound of joy and triumph.

As the rebbe of Lelov (Be’er Chaim, page 51) points out, the baal tokeia must receive an aliyah on Rosh Hashanah so that he blows out of the joy of reciting the Torah (Shulchan Aruch 584:2 with Levush).

The rebbe (page 53) quotes an interesting story that he heard from the Gerrer Rebbe, the Pnei Menachem. I am not familiar with this American story, but the Gerrer Rebbe related it and it’s worth tracking down. A man who had a profound wish to speak to the president of the United States actually managed to sneak into the White House and spend two minutes alone with him before the Secret Service caught him. Although he was handled roughly and spent two years in prison, he claimed forevermore that it was all worth it for two minutes with the president. The Pnei Menachem marveled that we, too, should feel at least as much simcha at our ability to address our Creator, the Master of the universe, on our own Day of Judgment.

Finally, there is a profound source of simcha in blowing the shofar, as reflected by Chazal’s cryptic words (Vayikra Rabbah 29) that “we know how to seduce our Creator with the shofar.” Rav Dovid Cohen (Birchas Yaavetz 1:17) explains that when we blow into the shofar, we are emulating Hashem’s creation of our progenitor, Adam, when He blew the breath of life into his nostrils.

Rav Cohen offers a parable, which I will slightly adapt. A husband and wife go for counseling after many years, but cannot find enough common ground to become reconciled. The wise therapist sends them back to one of the places they visited early in their marriage, when their love was still strong. There, amidst the sounds and sights, the old feelings of affection return and they remember what brought them together and why they decided to marry.

The “seduction” is that we “remind” Hashem of the moment He created Adam, when He was so pleased with His creation (tov me’od). On the day we were created, when – even for a short time – Hashem was proud of the kedushas brias ha’adam, we at least aspire to return to that wonderful day. That is the true joy of Rosh Hashanah, the knowledge that we have the ability to return to our past glory, through teshuvah and indeed the joy of knowing that Hashem is listening to our prayers and entreaties.

Ah gut gebentched yohr to all.