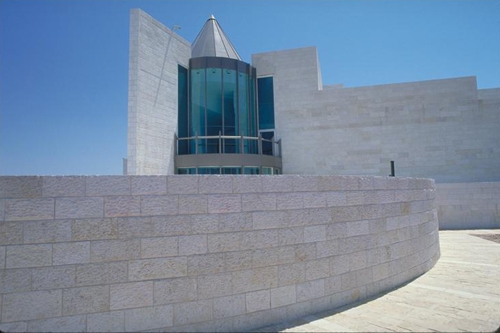 At last, there are clear signs that the leftist, liberal, anti-religious stance of Israel's Supreme Court is falling into decline. Two Conservative Judges Last September, Israel's Committee for Appointment of Judges appointed four new judges. These included Justice Noam Sohlberg, a religious resident of Gush Etzion. Leftists had fought to block his appointment due to his anti-liberal rulings in lower courts, some later reversed by more liberal justices. Sohlberg was particularly disliked for his acquittal of the border police officer, Shmuel Yechezkel, who was accused of manslaughter for shooting an Arab during a 2006 operation against car thieves in the Issawiyeh village next to Yerushalayim. Supreme Court President Dorit Beinisch publicly opposed his appointment and lost the fight.
For the first time in Israel’s history, a kipa wearing Yehuda and Shomron resident made it to the Supreme Court.
Another Judge appointed in Asher Grunis. Born in Tel Aviv in 1945, Grunis grew up in a religious home, but veered from the path. Although he has leftist leanings, Grunis is considered conservative, honest and fair, and not influenced by extraneous (read political) considerations. It is hoped that he will discontinue the tradition of considering everything as “judiciable” (subject to judgment) and not interfere unduly with government legislation; a walking encyclopedia of law, Grunis prefers dealing with law and not meddling in Knesset business.

Grunis was so highly favored by the right wing that Netanyahu’s government formulated the so-called Grunis Law to make him eligible for the position. According to long tradition ever since the establishment of Israel, Grunis, presently the senior justice of the Supreme Court, was in line to become the Court President. But standing in the way of his nomination as Supreme Justice was a recent law that at the start of their candidacy, presidents of the Supreme Court must be at least three years shy of the mandatory retirement age of 70. Upon assuming the position, Grunis will be a few weeks older than 67, giving him less than the required three years.

To solve the impasse, the Knesset canceled that item of the Court Law by a vote of 57 versus 37. Some leftists complained that the move was unconstitutional, forgetting that Israel has no constitution.

The right favors Grunis because he has a track record of reasonableness and non-interference with the government. Last month, he voted in favor of extending the law prohibiting non-Israeli Palestinians married to Israelis from living in Israel, famously saying that “human rights are not a prescription for national suicide.” Beinisch, on the other hand, was of the opinion that the right of equality before the law was paramount even if the ruling could led to infiltration of Israel by its enemies.

Another example of Grunis’s non-interference approach was his attitude when families bereaved by terrorists petitioned against the Galid Shalit deal that was to free over a thousand terrorists, many of them with blood on their hands. Grunis turned down Beinisch’s request to be part of a panel deciding the case, maintaining that the issue was not judiciable.

On another occasion, when animal lovers petitioned against government regulations that permit force-feeding geese, Grunis said in a minority opinion that, “If we accepted the petitioners’ claim that force-feeding geese is prohibited, we would have to say that both the minister of agriculture and the Education Committee acted wrongly by introducing regulations contrary to the law.”

“From Grunis’ viewpoint, the idea that ‘everything is judiciable is completely unacceptable – the term horrifies him,” a Supreme Court source said. “As a result, he was often in the minority in judgments. He perceives the decentralization of powers in a very conservative way. Even if the Knesset or the government is running wild, he doesn’t think intervention is necessary unless minority rights are being infringed.”

Leftists fear that as Court President, Grunis will wield influence on the Judicial Appointments Committee and help rightists on the committee introduce religious settlers into district courts and even the Supreme Court. To leftists this would be rank heresy.

For years, opponents have maintained that due to its leftist slant, the Supreme Court issues anti-democratic decisions against nationalists and religious Jews based less on impartial justice than on personal, political, and religious stance.

The “everything is judiciable” approach of the Supreme Court, whereby the court overturns government decisions that violate no written law merely because they conflict with what the court perceives as human rights or as reasonable, began in the 1970s and 80s under the former Presidents of the Supreme Court, Justice Meir Shamgar and Justice Aharon Barak. During this time, judges also began accepting lawsuits from non-Israeli citizens, enabling anti-Israel foreigners to attack Israeli politics in its own courts, developing the pattern of examining government decisions and policies to see whether they conformed to their concept of the law.

Dorit Beinisch continued the judicial activism, whereby the Supreme Court feels it has the right to put its nose into the doings of the Knesset and rule that certain of its laws are unconstitutional (even though Israel has no constitution) and against the law. Many regard the ability of non-democratically elected judges to veto laws as a contradiction to democracy. That is made worse by the fact that the panel that selects new judges includes presently serving judges who tend to replace themselves with like-minded people in order to perpetuate their policies.

Torah Jews and rightists have suffered the most from the “everything is judiciable” approach of the Supreme Court. This attitude contributed towards the massive rally in February 1999 when 500,000 Torah Jews massed in the streets of Yerushalayim to protest the court’s excessive interference and bias, waving posters that declared, “The Torah of Yisroel is not judiciable,” and, “This Torah will never be replaced.” Torah Jews objected to the court’s involvement in religious issues and to the invention of its own laws.

During previous months, the court had made anti-religious rulings about kashrus, kevurah, education, and restricting the political activity of rabbonim. The court had imposed the acceptance of Reform conversions on the government, and forced religious councils to include Conservative and Reform. The court also ruled that batei din should decide inheritance issues according to secular law. Some months previously, the court had ruled that the fifty years old arrangement whereby the Defense Minister conferred army deferral to yeshiva students was illegal, and gave the Knesset a year to draft special deferment laws, even though the same Supreme Court had decided the issue was non judiciable three times in the past.

Many branded the Torah community’s anti-Supreme Court demonstration as undemocratic and a threat to law. Justice Minister Tzahi Hanegbi said at the time, “The initiative to convene tens of thousands of citizens to challenge legal verdicts endangers the safety of Israeli judges and the cohesion of the entire Israeli society.” State Prosecutor Edna Arbel stated that she “very much hoped the Haredi demonstration would be canceled,” since “the courts and the judges must remain outside of any public debate.” The Dean of Hebrew University Law School even threatened that as a penalty for placing themselves outside the fabric of democratic society, all funding to Torah institutions should be cut off immediately.

The demonstration was only allowed to proceed with the understanding that there would be prayers and no speeches. In a nearby park, secular leftists held a counter-rally in support of the Supreme Court dubbed “Defending Democracy.”

Few people took time to consider that the Torah Jews were defending democracy by attempting to wrest decisions of religion and politics from a leftist cadre of judges and restore them to a democratically voted government. Internationally renowned legal scholars agreed that Israel’s Supreme Court was the most activist in the world.

More recently, in 2010, about 300,000 Torah Jews demonstrated against the Supreme Court’s ruling that 43 religious couples in Emanuel must send their daughters back to a school where the girls would associate on a constant basis with girls from families far more exposed to the wider world. Holding itself competent in deciding what chinuch is most appropriate for Torah Jew families, the court ruled that segregating the school was “rampant discrimination.”

The Supreme Court is despised by the settler movement for its humanistic leanings that lead to the disfavoring of Jews. In the 1980s and the 1990s, the Supreme Court widened its role as a protector of human rights. On paper this sounds wonderful, but to the extent that the court intervenes excessively in issues of freedom of speech and freedom to demonstrate, reducing military censorship, and limiting use of certain military methods, so it weakens the ability of Israel to protect its peaceful citizens and defend itself against internal and external enemies.

A case in point was Chief Justice Dorit Beinisch’s recent ruling that anything not declared state land in Yehuda and Shomron is private land by default and any Jewish structures on such land must be demolished, a ruling that imperils the existence of certain West Bank towns and settlements.

The Supreme Court used the “everything is judiciable” approach to alter the route of Israel’s security fence to comply with Arab demands, and to open Route 433 that crosses Israel to Arab drivers, despite several shootings in which five Israelis were killed. The court argued that the road had only been approved during the 1980s on condition that it would be open to all.

With the passing of time, the public has followed the lead of the Torah world. A 2010 poll published by Israel’s Haaretz newspaper indicated that over two thirds of the population do not trust the court system. This trend that was accelerated by the Supreme Court’s endorsement of Ariel Sharon’s 2005 decision to eject the Jewish residents of Gush Katif.

Between 2006 and 2009, the Minister of Justice, Professor Daniel Friedman, tried to reduce the courts powers but failed to complete his plans due to a change of government in 2009. As efforts in this direction continue, leftist judges realize they are threatened. Last week, Beinisch railed at critics, claiming they were trying to “damage the High Court, reduce its powers, and prevent it from carrying out its functions, and undermining its ability to protect the country’s democratic values.”

Leftists and liberals consider the recent appointments of Justice Noam Silberg and Justice Asher Grunis as an erosion of democracy in Israel. But for millions of regular citizens, these developments bear the hopeful sign that the Supreme Court of Israel is entering a new, more democratic paradigm.