Kohanim Concerns While Flying To and From Eretz Yisroel 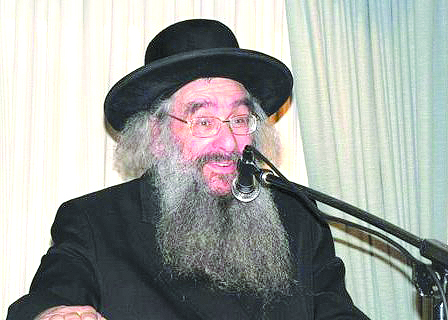 Dayan Dunner Provides Exclusive Analysis of the Shailah. Some years ago, it was discovered that the flight paths of many international routes to and from Eretz Yisroel go over a large Jewish cemetery, and the question as to whether it was permitted for kohanim to travel on such flights was widely discussed by the leading poskim. Eventually, negotiations led to changes in flight paths in order to avoid the halachic problems involved.

Recently, however, changes have occurred and this serious halachic problem has come up again, at least on some flights. Dayan Aharon Dovid Dunner of London has just returned from Eretz Yisroel, where he carefully investigated the facts and discussed the halachic aspects of the shailah with leading poskim. In this exclusive report, the Dayan presents the facts and the piskei halacha resulting from them.

Kohanim have a duty to protect their taharah , purity. They have been bestowed with extra kedushah which makes them worth of being meshorsei Hashem. At times, there may be extra demands made upon them in order to maintain that standard of kedushah and taharah.

The situation regarding Lod Airport is one that demands extra caution, and this article is intended to help kohanim and laymen understand the intricacies of the shailah. The crux of the matter is the complications of a kohein traveling over a Jewish cemetery on flights landing at and taking off at night from Lod Airport.

Why has a problem developed of late?

From dusk to dawn, the arriving pilots have to be electronically guided into the airport, as they do not rely on visual directions. All incoming flights have to locate a beam, and the beam then takes over control of the plane from the pilot and brings the plane down in a straight line to the runway. This beam, by definition, can only be in a straight line direct to the runway. The beam crosses over the Cholon cemetery on its way to Lod. There is no other way at the moment to fly into Lod Airport during these hours except by control of that beam.

What about planes leaving Eretz Yisroel? These planes can only fly over Eretz Yisroel until they reach the Mediterranean. They cannot fly over any surrounding countries, as all surrounding countries are hostile Arab territories. All departing flights, therefore, would want to fly due west, which is toward the Mediterranean, and then choose their onward direction after that. However, if the runway is servicing eastward entering flights, the departing flight has to also travel eastward on the runway and, once airborne, the pilot then makes a tight U-bend turn to achieve the westward direction toward the Mediterranean. The U-bend is tightly controlled by a strict system which allows no deviation. The plane turns to the right, makes a tight turn, and must then pass over a number of points. The route is planned so as to avoid the built-up areas as much as possible. These points take years to arrange and, with the strongest influence in the world, cannot be changed. The U-bend passes straight over the Cholon cemetery. The incoming flights fly over the cemetery at an altitude of 2,000 feet and the outgoing flights pass over the cemetery at 5,000 feet.

I myself have spent many hours logged in, with permission, into the control tower system at Lod, and I have observed the movement of many inward and outward-bound planes. The above facts are always demanded and adhered to absolutely.

What is the situation with daylight flights? In these circumstances, the plane can be partially controlled by the pilot himself. The pilot deviates slightly from the most direct route, which would be over the cemetery, and circumvents the cemetery by flying slightly to the side of it. This satisfactory arrangement has been achieved after major discussions between the representatives of the kohanim and the authorities.

The positioning of the pointers of the beam to direct the plane to fly over the cemetery had a basic reason. The deceased will not be disturbed by the flight noises, and as the cemetery is extremely large, by choosing this flight path, the planners have eliminated much noise disturbance to the surrounding population.

For a number of reasons, between 12 a.m. and 1 a.m., there are no incoming flights and the outgoing flights take off directly to the west. Hence, these outgoing flights follow the daytime route and do not fly over the cemetery. This arrangement is particularly useful for American flights, many of which depart during this hour, but this does not help our British flights.

Now let us understand the actual problem about flying over a Jewish cemetery. The halacha is that tumah rises upwards from its base position ad lorokia, meaning that there is a column oftumah rising from a bais hakevaros straight up to the sky. Although there may be some debate about whether the tumah rises right until the rokia, all eminent present-day poskim are clear about the following point. At the height the planes are flying, when they are over the cemetery, there is no doubt that the tumah upward spiral is present. This is at a height of approximately 5,000 feet. All leading poskim of today, led by Rav Yosef Shalom Elyashiv, Rav Shmuel Halevi Wosner, Rav Nissim Karelitz and the Badatz, are of the undivided opinion that it is a major problem Mide’oraysa at the height just mentioned.

Our next point of concern is the actual kevorim. An argument has been put forward that the system of burial in Eretz Yisroel could prevent the creation of a column of tumah from ever happening. If there is a guaranteed gap of one tefach between the meis and the roof above the meis, there could perhaps be a benefit. In Eretz Yisroel, the meis is placed in the earth, and a small structure of concrete slabs are placed to the left, to the right and above the meis. If it would be guaranteed that there would be a tefach above the meis before the slabs are positioned, that may help the tumah consideration of our rising column. However, the chevrah kadishahs have testified umpteen times that these slabs gradually sink and the original tefach is greatly reduced because of the sinking and movement and slipping of earth between the slabs. There is no longer any justification in thinking that there is an adequate tefach gap. Therefore, one has to undoubtedly follow the opinion that there is a definite column of tumah rising upwards from the meisim.

What about the rumors that plastic bags are a barrier between the kohein and the surrounding tumah?

This is not so simple at all. The dinim of taharos are a most complex section of halacha and there are very few specialists in this field. Only an absolute specialist can avail himself of this option. Let us try and explain this matter in reasonably simple terms. For a kohein to have protection from the surrounding tumah, he would have to be totally enclosed in the plastic cover. Plastic itself is considered not to be mekabel tumah, and as a material, it could be a barrier consideration. But a plastic sheet or ordinary dustbin bag is not usable. The object which is to provide that potential protection has to be a structure which is a keili that holds its own form independently. Furthermore, for a person to enclose himself in plastic, some air holes would be needed. Any person enclosing himself in a bag with no air holes would be in physical danger. Pre-punched holes invalidate the barrier system. Only if when the kohein is putting on this bag it accidentally rips can there be some leniency.

The system of sealing the bag to make it effective as a barrier is also extremely complicated. Normal Velcro studs or other fasteners are unacceptable. Gluing may be acceptable, but an expert would have to examine and approve such a system. Tumas medras also has to be mentioned, although it is beyond the scope of this article.

As an added deterrent, practically all airlines would not tolerate a kohein enclosing himself in one of these plastic containers, both for the kohein’s safety and due to the fear that it would generate amongst onlookers. Indeed, on a number of occasions, planes were grounded because the airlines refused to allow the kohanim to cover themselves upon takeoff.

Also, there is the complication that upon takeoff and landing, all passengers have to be safe and secure. Takeoff and landing are the most dangerous stages of a flight, and passengers have to be as safe as possible and capable of escaping if, chas veshalom, the need arises. A kohein locked inside such a bag would have a hard time reaching an oxygen mask or escaping from the plane in haste. Understandably, the airlines would find such a situation unmanageable and could not allow such an unusual situation to develop.

The final question is: how long will this problem continue?

The answer is that the second runway is out of commission not for repair, but for replacement. That is a lengthy task and will take well into 2013 for the construction to be completed.

Flights which leave or land during broad daylight have been permitted by the poskim.

If any person wishes to make himself available to service an inquiry line, I would be very pleased to be contacted. I would do my very best to assist any such person so that the kohanim can address their questions and concerns to one central inquiry desk or number.

I traveled back from Eretz Yisroel this past Sunday evening. At the gate of departure, a frum Yid who is a talmid chochom and a kohein met me. He was totally unaware of the complications which had arisen over the last few months. Within those few minutes of our discussion, he realized that he was seriously compromising his kedushah and his lofty status as a kohein. He promptly decided that to travel on that late afternoon was unacceptable al pi din, and at that very last moment, he opted not to fly at that time. Stop and consider the complications that this decision involved. Mi ke’amcha Yisroel. This man is truly worthy of the title kohein and of representing the heilige Klal Yisroel bevias haMoshiach bimeheirah beyomeinu.