From Prophecy to Idolatry 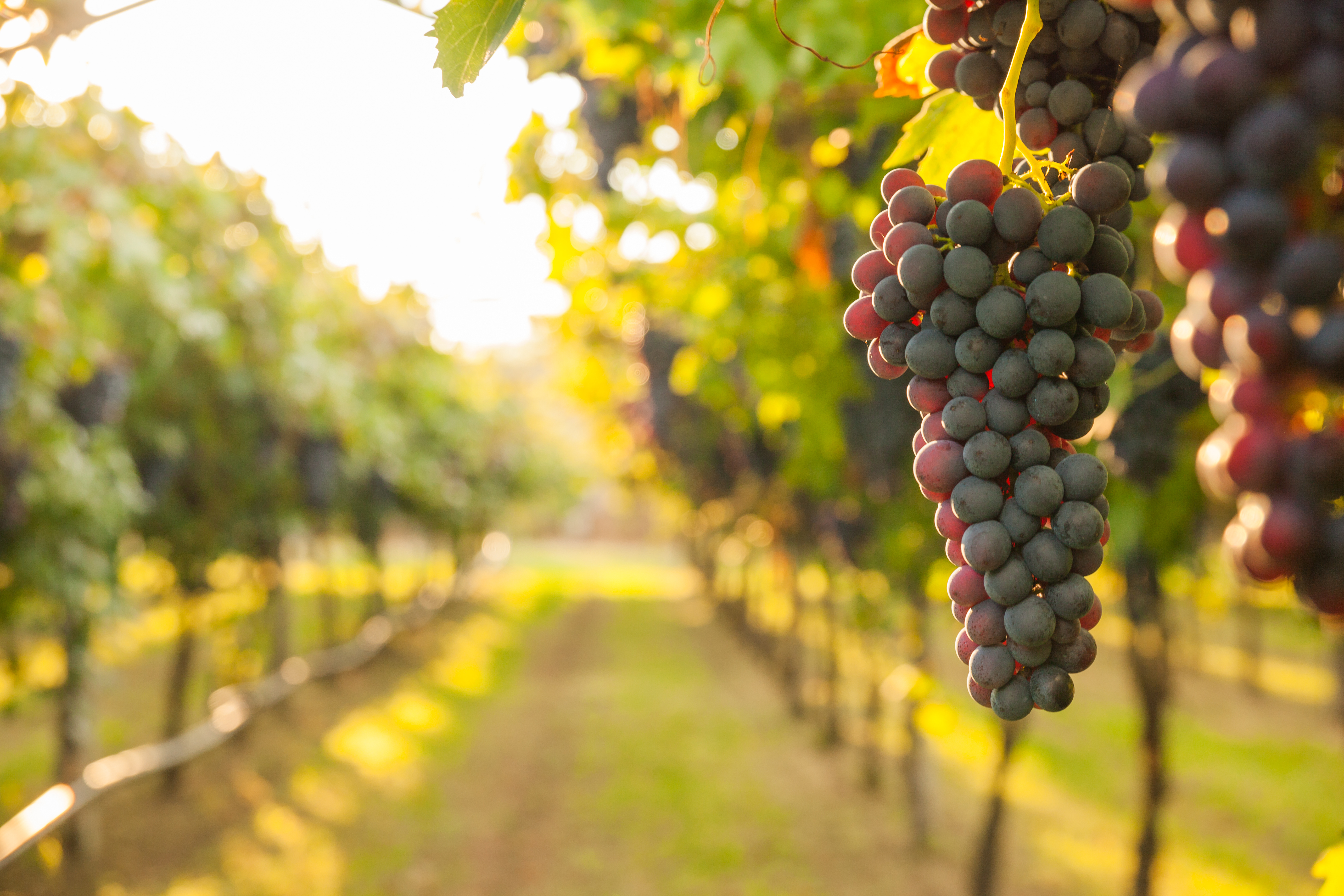 “O my people, remember now what Balak king of Moav plotted and what Bilam son of Be’or answered him…in order that you may know the righteous acts of Hashem” (Micha 6:5). We learn with glee how Bilam attempted to use his supernatural powers to harm Klal Yisroel and that time and again his efforts were thwarted by Hashem, another great act of chesed for His children. And yet, in the end, Bilam did bring tragedy upon our people, causing many precious lives to be lost. For Hashem can save us from the schemes of our enemies, but because we are given a koach habechirah, Hashem does not save us from ourselves.

“And Yisroel became attached to Baal Peor, and the wrath of Hashem flared up against Yisroel” (Bamidbar 25:3). Over one hundred fifty thousand men stumbled into this terrible aveirah. They all should have been killed immediately. It was only in the merit of Pinchos ben Elazar’s selfless act of zealotry that they didn’t all perish right away, but unfortunately none of them entered Eretz Yisroel.

The service to Baal Peor was the most lowly and disgusting of all avodah zaros. The Gemara relates an incident about a gentile woman who became very ill and vowed that if she recovers from her illness, she will worship every avodah zorah in the world. When she did recover, she set out to fulfill her pledge. She came to Baal Peor and asked its priests how to serve it. They told her to eat beets and drink aged wine and defecate in front of the idol. Upon hearing this, the woman said that she would rather return to her illness than perform this repulsive act (Sanhedrin 64a).

How, then, do we understand this parsha?

The Yidden in the midbar were nevi’im. A maidservant present at Krias Yam Suf witnessed what even Yechezkel ben Buzi did not see. They ate the bread of malachim, the monn, and they drank the pure sacred waters of be’eirah shel Miriam. They were present at the awesome life-altering Ma’amad Har Sinai. They experienced all of the miracles in the midbar, led by the Ananei Hakavod, and they were neighbors of the holy Shechinah with the Mishkan in their midst. How is it possible that they sank to such a low, acting in a manner that even non-Jews who were not privy to all of these nissim found so revolting?

This parsha is a lesson about the power of man’s inclinations and how the yeitzer hara tries to ensnare us with every step that we take. If we are not careful, if we are not on guard and we take even a small stride off of the straight path, there is no limit to how low we can sink.

“Bilam raised his eyes and saw Yisroel dwelling according to its tribes and the Spirit of God was upon him… And he said: How Godly are your tents, O Yaakov, your dwelling places O Yisroel” (Bamidbar 24:2-5). As he was grudgingly admiring our people, an idea blossomed in his fiendish mind. How beautiful is the nation of Yisroel when they are together with their shevotim and when they are inside their tents of tznius and kedusha. As long as they are there, they emit a fragrance like “cedars by water,” but if you remove them from their seclusion, when they are out of their element in a strange environment, their strength is compromised.

The Medrash tells us that Bilam advised Moav exactly what to do. The God of the Jews hates immorality and they enjoy clothes of linen. Set up tents and place women there to lure them to sin.

The Yidden went out to their area in Shitim, and while they were eating, drinking and enjoying themselves, an old woman would approach them and ask, “Are you perhaps looking to buy linen clothing?” She would suggest a price, and then a younger woman would offer them a lower price. After numerous times, they would invite the man to their tent and offer him wine. At that time, the wine of gentiles was not yet prohibited, so the man indulged and now was at the mercy of their inclinations. As a condition for her services, the woman pulled out an idol of Peor and told him to worship it.

“What do you care?” she asked. “We only ask you to defecate.”

Once he obliged, she requested that he deny the validity of Toras Moshe, and he did (Yalkut Shimoni, Remez 771).

It started with the Yidden leaving their holy dwelling places. That was the first mistake. It continued with allowing themselves to speak to the elderly gentile woman in the marketplace. Then they went a step further to speak to the younger woman and then enter her domain. And then they were totally wrapped in the clutches of the yeitzer hara. We must also understand that none of their initial actions were prohibited by the Torah – not taking a stroll in the marketplace, not doing business with elderly women, not even speaking with the younger women.

But there was something else they faltered in which is a key in maintaining their level of ruchniyus: They weren’t careful in avoiding the nisyonos and they were caught off guard. Even if what they did at first was permissible, they should have been mindful of where their actions would lead. “Ashrei adam mefacheid tamid… Praiseworthy is the man who always fears” (Mishlei 28:14). In our own personal matters, we mustn’t be afraid, as we must rely on Hashem, but in matters pertaining to our ruchniyus and staying clear of aveiros, there we must be fearful of where our actions may lead us. “Sin rests at the door…its desire is towards you” (Bereishis 4:7). If we take precautions, we can conquer it.

As great as the prophets of the Dor Hamidbar were, the yeitzer hara, who is a malach, was much stronger. “The yeitzer hara of a person overpowers him every day and tries to kill him. Without the help of Hakadosh Boruch Hu, we would be incapable of contesting him” (Kiddushin 30b).

The Gemara also tells us that when Moshiach comes, Hakadosh Boruch Hu will bring the yeitzer hara and slaughter him in front of the tzaddikim and resha’im. To the tzaddikim, he will appear like a mountain, and to the resha’im, he will appear like a thread of hair. These will cry and these will cry. Tzaddikim will cry and say, “How did we manage to conquer this high mountain?” Resha’im will cry and say, “How is it that we were not able to conquer this thread of hair?” (Sukkah 52a).

Rav Yisroel Salanter explains that the yeitzer hara will appear to each one of them according to the way they viewed him during their lifetime. Tzaddikim are always afraid of the power of their evil inclination, and in their eyes he is a tall mountain that they try to avoid at all costs. Not so the resha’im. They don’t see the yeitzer hara as a force or an impediment to their success. To them, he is merely like a thread of hair. In the end, this will come back to haunt them, as they will realize how their cavalier attitude to this force was so detrimental to them.

In earlier generations, the Jewish home was a bastion that isolated the foreign winds blowing outside. Even in the gentile street, there was no outside pritzus. One had to go out of his regular milieu to be ensnared in immorality. But today, things have changed drastically. The city streets are rampant with immodesty, as this is the way of the land. The concept of tznius in the secular world is looked at as archaic and weird.

To complicate matters, in our so-called “progressive” world, modern technology has brought all of the filth of the outside world inside. One might say that in the process, the sanctity and tznius of many homes have been turned inside out. If such great luminaries were tricked into sinking to such lows, what should we simpletons say? How much more so do we have to be on guard to deflect the beckoning of the yeitzer hara.

Chazal warn us: “‘Go away, go away,’ we tell the nazir. ‘To the surrounding area of the vineyard do not come near’” (Shabbos 13a). This is a key to our survival in a dangerous worl (based on Sam Derech from Rav Simcha Zissel Broide).