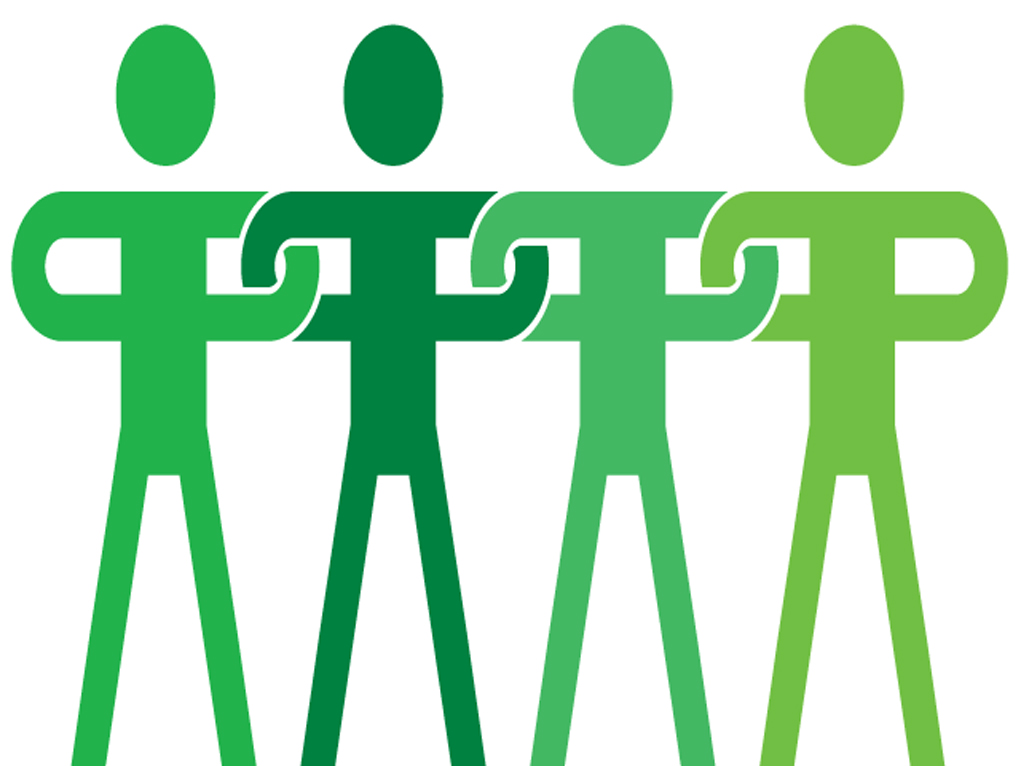 Chevra… A group of friends. So important in a person’s life.

In fact, it is part of the essence of life itself. One of those who are amongst the living but is considered dead is a metzora, a leper (Nedarim 64b), for the Torah commands that while he is contaminated, he must dwell in isolation without any companions. Rav Chaim Shmulevitz explains that life is about giving, about sharing with others, about hearing their woes and trying to comfort them. But one who is alone and cannot give to others is missing a basic component of life and, in this respect, is dead.

Our chachomim did not place much significance on acquisitions. What we possess in this world is merely temporary and doesn’t come with us to Olam Haba. Yet, we are told in Pirkei Avos (1:6), “Uknei lecha chover,” acquire a friend for yourself. A true friend is not merely someone to shmooze and socialize with or to help in a time of need. Friends are meant to enhance each other’s ruchniyus, which remains with us in the World to Come.

The Alter of Novardok, Rav Yosef Yoizel Horowitz, described the power of a chaburah. If one attempts to heat up an oven by lighting a fire with one piece of wood, it will not get him very far, for its heat is minimal. But if he ignites many pieces of wood together, the flame will be great enough to produce substantial heat. Similarly, one cannot compare the feelings of one isolated individual serving Hashem to those of an entire chaburah. It is very difficult for an individual to maintain the inner warmth for Torah and yirah when there are so many adverse forces in the world to cool him down. But when serving Hashem amidst a kehillah, all of these inner flames, the feelings for ruchniyus, combine to produce a great flame. It is much easier then for each individual within that group to face his own personal nisyonos, and his avodah goes much smoother and with greater fervor.

Conversely, if one chooses a chevra among whom the focus is not on ruchniyus, it can have an adverse effect on him. Chazal tell us that when Rabi Yochanan ben Zakai was niftar, his talmidim went to the yeshiva in Yavneh. The he great Rabi Elazar ben Arach, at the prodding of his wife, went instead to Diyumsis, a resort area where bnei Torah weren’t found. Because he was there alone without talmidei chachomim, he forgot his learning, and when called up to read from a Sefer Torah, he could not even pronounce the words accurately. According to one Medrash, Eliyahu Hanovi brought back his knowledge to him.

The following incredible story, which was related by Rav Zeidel Epstein, mashgiach of Yeshivas Torah Ore, illustrates the danger of living in an environment void of Torah and how it can negatively impact one’s life even against his will.

There was a meeting of roshei yeshiva that took place in Radin, presided over by the Chofetz Chaim. Rav Shimon Shkop asked his talmid, the young Rav Zeidel, to accompany him on this trip. They stayed in Radin for a while and Rav Zeidel utilized the opportunity to go in to the Chofetz Chaim for a bracha. He handed the tzaddik a piece of paper with the names of his relatives to be blessed. The Chofetz Chaim held onto his hand warmly and read off the names one by one. When he came to the name of his brother-in-law, his sister’s husband, the Chofetz Chaim’s demeanor suddenly changed. He let go of Rav Zeidel’s hand and became very agitated. He screamed, “Brachos they want? Give them brachos! Shabbos! Shabbos!”

The yeshiva bochur who was assisting the Chofetz Chaim at the time signaled to Rav Zeidel to leave the room so that the tzaddik wouldn’t get even more upset. Rav Zeidel left the room and was shocked at what he just heard. He couldn’t fathom that his brother-in-law became a mechallel Shabbos, but shortly after, he found out what happened and saw clearly the Chofetz Chaim’s ruach hakodesh. Here’s the story…

His only sister was married to a bochur, a ben Torah, who learned in one of the distinguished yeshivos in Europe. Parnassah was difficult, so they decided to move to the goldene medinah, America, where supposedly the streets were paved with gold and there were many opportunities to make a living. As is well-known, the nisyonos of shemiras Shabbos were great, as no one wanted to hire a worker that would be absent on Saturday. The brother-in-law wouldn’t even think of accepting a job that involved chillul Shabbos.

His brother, who was not frum, owned a clothing factory in Dallas, Texas, where he employed numerous workers. He offered to hire his brother and promised that he wouldn’t have to work on Shabbos. At first, Rav Zeidel’s sister adamantly refused to entertain the offer, afraid that eventually it would lead to chillul Shabbos. But poverty and hunger got the better of them and they decided that he would go by himself to Dallas to try it out for a while.

At first, everything went well and the husband wrote letters to his wife saying that it’s a good job and his brother is sticking to his promise not to make him work on Shabbos. But one day the brother pulled him to the side and said, “Listen, I told you that you won’t have to work on Shabbos and I still plan on honoring my word. But the other workers are jealous and complain that you are the only one to get a day off every week. Please do me a favor and just come into the factory on Shabbos only to make yourself visible. You don’t have to touch any of the machinery or do any work whatsoever. Just sit there or walk around so that the other workers see you in the factory.”

He felt uneasy going to a factory on Shabbos, but how could he refuse? Here his brother was doing him the biggest favor, and he had parnassah and without chillul Shabbos, so he agreed. For several weeks, this arrangement worked perfectly well. But one Shabbos, one of the machines broke down. The owner went immediately to try and fix it and asked his brother to help him. When he answered that this is chillul Shabbos, the brother said, “I’m not actually asking you to fix something and be mechallel Shabbos. I just need you to hold onto the material with a shinui so that it doesn’t fall to the floor.”

Feeling uncomfortable to refuse, he thought a bit and rationalized to himself, “It’s not really chillul Shabbos. Maybe it’s muktzah…and with a shinui… He acquiesced and helped his brother. Oy vey! Once the yeitzer hara gets his foot in the door, it’s very difficult to get rid of him. One thing led to another, until finally, Rachmana litzlan, he became a full-fledged mechallel Shabbos.

When his wife found out about this, she immediately requested a divorce, saying, “My father and grandfathers throughout the generations were moser nefesh to keep Shabbos, all the way back to my ancestor who stood at Har Sinai and heard from Hakadosh Boruch Hu himself, ‘Zachor es yom haShabbos lekadsho!’ I do not want to be the one to break this chain of loyalty in keeping Shabbos.” Indeed, they got divorced and Rav Zeidel first heard about this chillul Shabbos from an unexpected source, the Chofetz Chaim. Eventually, his sister got remarried to a talmid chochom who learned by the Chofetz Chaim.

This is the danger of being in an environment where there is no yiras Shomayim. One can get sucked into a situation where he will transgress aveiros, albeit not willingly. It is something we see in this week’s sedrah. In the terrible machlokes waged by Korach against Moshe Rabbeinu and Aharon Hakohein, Doson and Avirom and members of shevet Reuven joined the fray. What was in it for them? They would not be kohanim or nesi’im. They did not stand to gain anything from this conflict. Why, then, did they take part in it? Rashi quotes the Medrash: “Woe to the rasha, woe to his neighbor.” Shevet Reuven camped near the family of Kehos of shevet Levi on the south side of the Mishkan. That is where Korach was. His influence brought them into this machlokes.

Rav Zeidel Epstein quotes Rashi, who says earlier (Bamidbar 3:29) that Doson and Avirom and two hundred and fifty men were “pulled in” with their machlokes. This implies that when one is in a surrounding with improper people, he can end up following them even unwillingly. In last week’s sedrah, Yehoshua needed a special blessing from Moshe Rabbeinu to be saved from the plot of the meraglim. And Kaleiv ben Yefuneh had to pay a visit to the Me’oras Hamachpeila in Chevron to daven to Hashem that he not be influenced by the meraglim. These were two of the greatest personages in Klal Yisroel, and yet they, too, were in danger of being swept up by the scheme of the meraglim. So great is the power of influence of a crowd.

How much more so do we simple people have to be careful in choosing our chevra and finding the best influences possible for ourselves and our families.

We are soon approaching summer vacation. It is a time to relax from the pressures of the daily routine throughout the year. But in the secular world, it is a time of prikas ol and pritzus. For us, as well, it is a time that can be dangerous for our neshamos, for other bein hazemanims are centered around kedusha, be it Pesach, Sukkos, or the short stints of Shabbossos and other Yomim Tovim. But the summer break is vacation simply for the sake of vacation, with no natural framework of ruchniyus.

Where we spend our summers and how we spend them are very crucial for our neshamos. Menahelim and mashgichim will tell you that a full year of work invested in talmidim can unfortunately be squandered with a summer in a wrong environment. This is true with adults as well. We would do well to plan our summer vacations wisely, with our spirituality in mind first and foremost.