Someone Is Always Listening. Let’s Be Very Careful 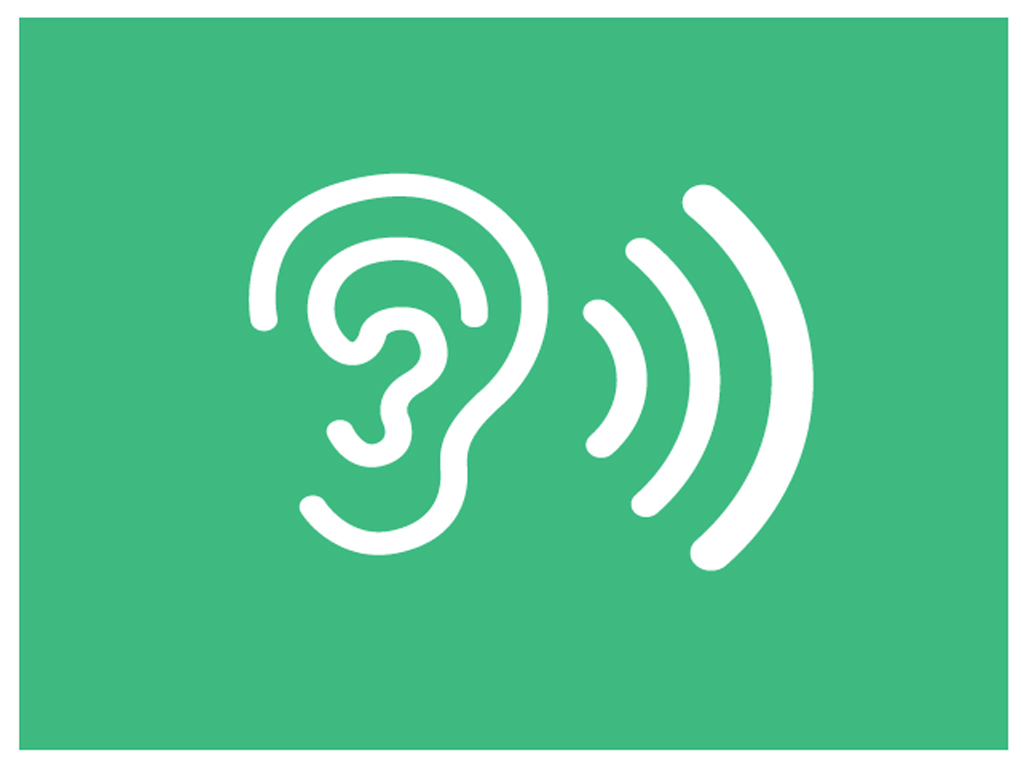 We are in the midst of Pirkei Avos season. One of the most famous warnings issued in a Mishnah proclaims, “Know what is above you – a watchful Eye, an attentive Ear and all your deeds are recorded in a Book” (2:1). Someone purportedly informed the Chofetz Chaim about the invention of early video and audio recording equipment, thinking that the great sage would be happy that the words of Chazal could now be understood even on the level of basic technology. To his shock, the Chofetz Chaim began to cry. “I’m so sorry, rebbe,” the mortified fellow begged forgiveness, “I thought the rov would be pleased at this news.” The tzaddik of Radin wiped away a tear and explained, “You didn’t say anything wrong, but this is such a dramatic example of yeridas hadoros, the spiritual downsizing of the generations. You see, in earlier times, the simple pious Jews believed whatever the Torah said, even if it made no sense to them and it had no analogue in the real world. Today, it seems that Hashem has had to concretize everything for us so that we will see the truth in every word Chazal have taught.”

What should we think and say based upon the incredible facts about the various gadgets that surround us all?

A recent article in Consumer Reports (Eric Lime, March 13, 2017) revealed that CIA documents released by Wikileaks indicated that some equipment and appliances can actually spy on us even if they appear to be off. Televisions, webcams, baby-monitors and, of course, many phones can listen in and even record our conversations without our knowledge and even totally against our will. The lowly doorbell has now been upgraded to be able to record and video the person at the door, while the homeowner can answer from his vacation home thousands of miles away, giving the illusion of being at home. One shudders to think what the Chofetz Chaim would have commented about the staggering declivity of our era.

Yet, there is an even more important lesson in this phenomenon than the obvious one that our Creator is watching and listening. The posuk (Chavakuk 2:11) teaches, “For a stone will cry out from the wall and a sliver will answer it from the beams.” Chazal (Taanis 11a, Chagigah 16a) explain that this refers to a person who sins but believes that there were no witnesses and so he has effectively dodged the bullet. “No,” says Hashem, “your own walls will testify against you.” One text cited in Rishonim adds that our furniture and other home accoutrements will also bear witness to our actions. Rav Yitzchok Elchonon Spector (quoted in Har Hamor 9:60) added a basic understanding of this exhortation of the novi, according to Chazal. Our walls will testify at the end of our lives and at the End of Days if we spent our lives worrying about the condition of our spiritual walls – the latest drapes, designer windows and curtains – or if our homes were permeated with spiritual pursuits and Torah study.

The great maggid, Rav Shabsi Yudelevich, dedicated an entire famous drasha to this topic, in his own inimitable way (Lehagid 2:108-112). “I once visited a community in America,” he began, “and shared with them the concept of the wall and its testimony. I added from the holy seforim that, in fact, even a person’s teaspoon will testify if he ate non-kosher food. The following was the story behind this drasha. It was a snowy day in that part of the United States and I could not go far in my fundraising activities, so I sat in the local shul learning. The gabbai, an obviously modern fellow who did not seem overly concerned with Torah and mitzvos, was still there with his young son and made a proper request. ‘Rabbi,’ he inquired, ‘would you teach my son something in honor of his upcoming Bar Mitzvah?’ I agreed to do so and spoke to the young man about the true meaning of his upcoming milestone. ‘Listen, my son,’ I began. ‘If you put on your tallis and tefillin only on the day of your bar mitzvah, then the next time you will wear the tallis will be at your funeral. If that is to be your path, you cannot be called a bar mitzvah, but a bar aveirah. My dear young man, if you truly wish to be a bar mitzvah, please remember to put on your tallis and tefillin every single day and to keep the other halachos of the Torah as well.’

“The next day, I noticed that the gabbai did not greet me or acknowledge my presence. ‘Are you upset at me?’ I asked. ‘Yes, indeed,’ he responded. ‘What exactly did I do?’ I asked in turn. His retort was that his son had asked him an embarrassing question. ‘Do you think that I suggested that he ask you this question?’ I continued. ‘No, not at all,’ he said testily, ‘but I know where it came from.’ The conversation went around until he revealed the offensive inquiry. ‘Daddy,’ the child had demanded respectfully but insistently, ‘when are you going to have your bar mitzvah?’ I told the father that the child was not being impudent or disrespectful. He reasoned that if his father was not donning tefillin regularly, he must not have had his bar mitzvah yet, and if he had not yet had his bar mitzvah, how could I be bar mitzvah?

“Since I was still the community’s guest and scholar-in residence, I was invited to speak at this auspicious occasion. It was then that I shared with them the saga of the wall. Then I added the fateful words: ‘If someone does not put on tefillin, even spoons and forks on the table, along with the tefillin and their holders, will come to testify that they have been ignored.’ For some of the listeners, these predictions were a bit much. ‘Rabbi, this is surely an exaggeration,’ they complained. ‘Not at all,’ I emphatically responded, holding up a gleaming object. ‘In fact,’ I continued while waving the ladle, ‘this Sunday, it will testify whether or not tefillin is kept in this community or is merely a once-in-a-lifetime ceremony.’ In mock anger, I took the golden serving spoon and thrust it into my pocket.

“On Sunday morning, everyone came to shul to test my words. The bar mitzvah boy opened his tefillin bag to demonstrate his expertise at putting on the tefillin and, with a loud clang, the golden ladle landed on the floor. ‘Rebbi, you win,’ they all admitted. ‘We never ask our bar mitzvah boys to wear tefillin more than once. Somehow, you have proven your point.’ A bit the later, the rabbi of the shul, who was struggling to keep his job, while teaching some halachos, but being exceedingly careful not to offend anyone, whispered something to me. ‘I didn’t know you were a mekubal,’ he expressed in wonder. My answer was simple and direct. ‘I knew he was not going to put on tefillin during the week after his bar mitzvah, so I managed to slip the ladle into his tefillin bag.’”

Perhaps we would not pull such a stunt and perhaps these days it is unnecessary, but it is crucial to remember that everything we touch – indeed our walls themselves – is listening.

The Pnei Menachem of Gur (Mikeitz, page 351) taught that this concept is not just for those who flagrantly do not put on tefillin or the like. Each of us occasionally think that we have fooled everyone, for we did something unnoticed and unperceived. However, Hashem sees everything, as Doniel (2:22) reminds us, “He reveals the deep and mysterious; He knows what is in the darkness, and light dwells with Him.”

It would seem that we need to live in a world where, as Kellyanne Conway, advisor to President Trump, asserted, microwaves and toasters will soon have built-in cameras to spy on us. If, indeed, “researchers have developed malware that can turn a pair of headphones into a microphone sufficient to eavesdrop on a conversation,” the time has come to realize that, indeed, Someone is listening and watching all that we say and so.

There is, however, a much brighter side to what sounds merely like a dark Orwellian warning about the utter loss of our privacy. After Eisav prepared the food for Yitzchok Avinu, which he hoped would help him obtain the coveted brachos, he said to Yitzchok, “Let my father rise and eat of his son has caught” (Bereishis 27:31). The Chasam Sofer is shocked that Eisav spoke to Yitzchok Avinu in such a refined and respectful manner. Where did he obtain such graceful and appropriate words?

The Chasam Sofer answers that after Yaakov wore Eisav’s clothing to feed his father first, as his mother Rivka had commanded, he returned the clothing to his brother’s closet. The spiritual effect of Yaakov the tzaddik so altered those garments that even Eisav was unwillingly and unknowingly influenced, at least to some degree. There is an ancient tradition, much of it but not exclusively, in the Chassidic seforim of encouraging one to touch or even briefly wear or use an object belonging to a holy individual so that some of the kedushah will, so to speak, rub off.

Everyone today is speaking of walls. But, apparently, the walls speak of us as well. Inanimate objects – domeim – have a life of their own, and it is the life that we breathe into them. If we infuse our homes with holiness and purity, they, in turn, radiate those beautiful qualities to everyone in our midst. If we breathe in the kedushah of those whose every breath is Torah, our own lungs and the entire atmosphere around us is uplifted. May our walls speak well of us and may we make them proud to surround our humble abodes.