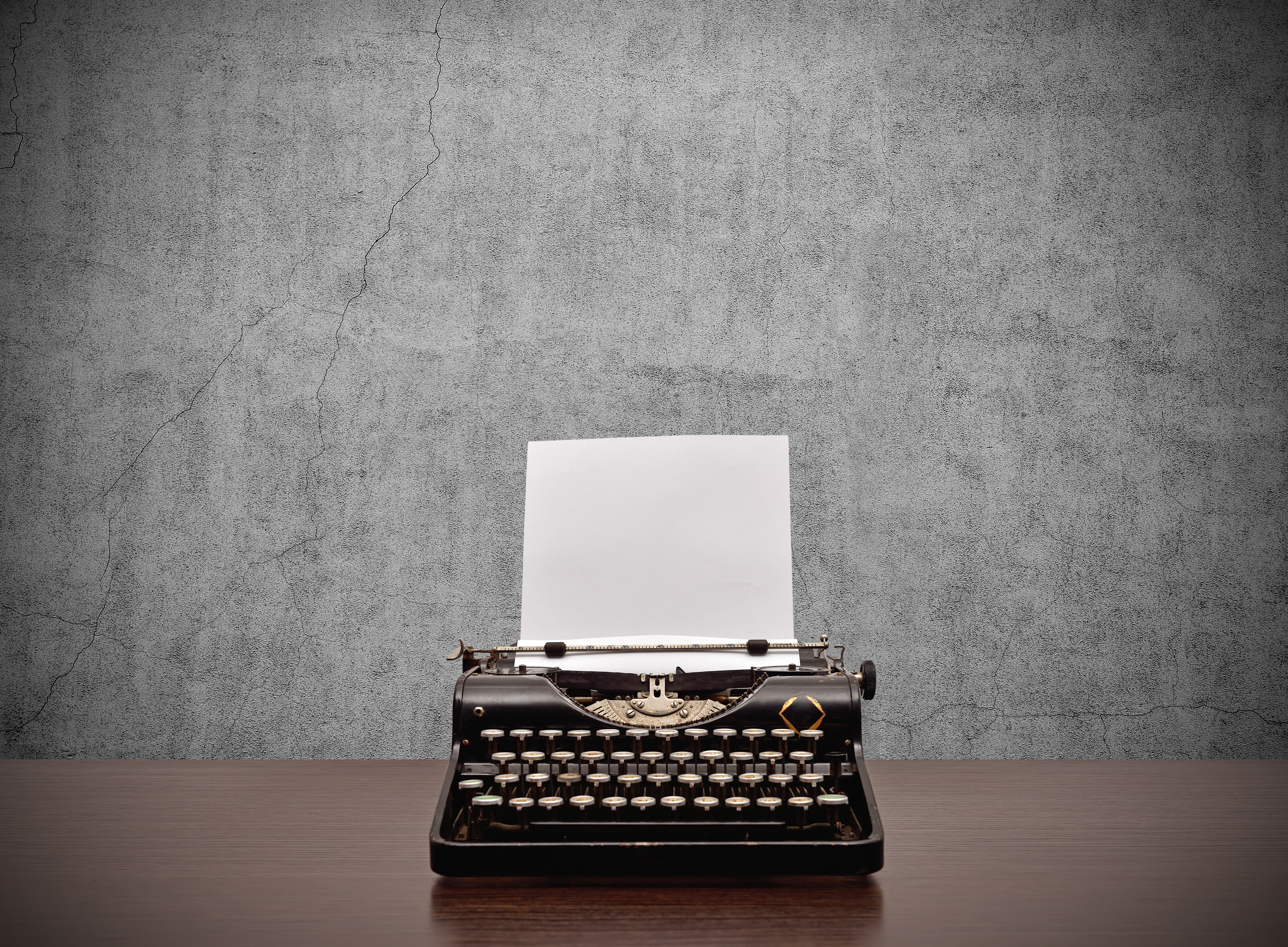 One of the hallmarks of a wise person is that he learns from everything and everyone (Pirkei Avos 4:1). The Ozerover Rebbe (Be’er Moshe, Re’eh, page 522) adds that one can, indeed must, even learn from the wicked and from his own yeitzer hara what not to do and what strategies are effective. During Elul, in particular, we must be on the lookout for lessons we can learn from whatever comes our way.

I was struck by an unusual insight in the Rosh Chodesh Elul edition (not quite what they called it) of last Sunday’s New York Times (Sunday Review, page 3). Frank Bruni, a prominent columnist in his early fifties, recalled (“What I Learned in Secretarial School”) what turned out to be an important moral in his life when he attended secretarial school at age 17. His mother had decided, to his initial chagrin, that he needed to learn how to type, a somewhat odd initiative for a teenage boy in the early 1980s. However, looking back three decades, Mr. Bruni now realizes that “it was a discipline in the truest, best sense of the word.” The life’s lesson that he learned was that although “in these pedagogically permissive times…there are many routes to solving a problem…sometimes there really is a right way, and it’s earned through complete submission and unquestioning practice.”

What a thought! Some things are just the correct way and others are not. Even in the somewhat prosaic world of typing, there is the proper way – which works best – and there are others that are just not as good. Furthermore, Mr. Bruni, the middle-aged scholar, finally saw that sometimes one must submit to a higher authority and proceed without questions.

Now, let us imagine. We may invoke the ancient institution of the kal vachomer. If a human being must even submit to a typing teacher because she has something to contribute to one’s knowledge of life, all the more so how ready should we be to submit unquestioningly to our Creator Who is about to decide our fate and make the ultimate decisions about our very existence.

What are we supposed to be doing during Elul?

There is a general impression that we are supposed to be focusing upon our negatives – sins, bad middos and other faults – but this is not so. The Shulchan Aruch (Orach Chaim 503:1) rules that during the Aseres Yemei Teshuvah, one should be careful to do mitzvos scrupulously.

Rav Eliyahu Eliezer Dessler zt”l (Michtav M’Eliyahu, Elul 4) explains that “changing one’s actions readies the heart for the profound change required during this season and prepares the path for teshuvah.” Although one might think that the proper order would be the opposite – work on the mindset and then the actions – Rav Dessler points out that this is the time-honored path of naaseh – action – and then nishma – which is to internalize the lesson.

The Gemara itself (Rosh Hashanah 16b) reflects this road as well when it teaches that “we blow the shofar sitting and standing to confuse the Soton.” Rashi explains that “when he sees how we love Hashem’s mitzvos, his prosecution is silenced.” The Abudraham (on Birchos Hashachar) also suggests that the brocha on every mitzvah – asher kideshanu bemitzvosav – stems from the words for marriage. “He has consecrated us with His mitzvos” means, so to speak, that Hashem has betrothed us through His commandments, as the novi (Hosheia 2:21) says, “I will betroth you to Me forever.”

For us, of course, doing mitzvos is not merely the by-rote repetitive action of typing until one can do it naturally. Performing mitzvos changes us subtly and sometimes dramatically, because we are being sanctified with every physical action. While true teshuvah is extremely difficult, as is any change that must fight the laws of physics, it is sometimes actually easier to perform a mitzvah than effectuate personal change. Perhaps this is one of the kindnesses of Hashem during this season of judgment that we are granted a month in which to add more good deeds and improve upon the old ones even before we must examine ourselves and become different.

Before we recite a Kaddish Derabbonon, we quote the famous words of Rav Chananya ben Akashya (Makkos 23b), “Hakadosh Boruch Hu wished to confer merit upon Klal Yisroel; therefore, He gave them Torah and mitzvos in abundance.” Rashi explains that although many of the mitzvos and prohibitions seem to overlap, Hashem gave us 613 of them so that we could reap the reward of performing them all. However, the Rambam (ibid.) states that each mitzvah has the independent ability to obtain our place in Olam Haba. Thus, we see that especially when we are at our most vulnerable, we have the ability to lock in eternal life by performing many mitzvos.

Here, however, is where we must leave “secretarial school” and the somewhat outdated lesson of typing “The quick brown fox jumps over the lazy dog” thousands of times because this “pangram” contains “every letter in the English alphabet.” For us, it is certainly not good enough to do mitzvos by rote. On the contrary, the novi (Yeshayahu 29:13) rails against those whose “fear of Me is like rote learning of human commands.” Hashem abhors those who just go through the motions.

Rav Yeruchem Levovitz zt”l (quoted in Mussar Vodaas 1:65) explains that the novi’s complaint is that we have not improved from one day to another. Since Hashem has given us the gift of so many mitzvos to improve us, we should be upgrading our spiritual status every single day and perhaps even many times a day.

The Sefas Emes (Eikev 5651) goes even further. He quotes the Gemara (Shabbos 97a) which states that we are called “maaminim bnei maaminim, believers the children of believers.” However, says the Sefas Emes, what is expected of us is to develop our own internal independent belief, besides what we have inherited from our ancestors. Even the great mitzvah of emunah, which has been implanted in us by our avos and imahos, needs to be enhanced by our own avodah and mitzvos. Although the Mesilas Yeshorim (introduction) sees Yeshayahu’s charge as criticism of Klal Yisroel’s lack of perfection in mitzvos, Rabbeinu Yonah (Shaarei Teshuvah 3:15) considers this a much greater sin of a more basic nature (see iyunim [glosses] of Rav Yechezkel Sarna to Mesilas Yeshorim). Rav Aharon Kotler zt”l (Mishnas Rav Aharon 2:101) quotes the Vilna Gaon (Even Shleimah 4:9) that (to somewhat modernize the analogy) avodas Hashem is like an escalator. One is either going down or going up, but one is never stationary. Rav Aharon stresses that Elul is the appropriate time to be extremely scrupulous about improving each day, since the days of judgment are approaching and we must be at our very best.

Rav Aharon Leib Steinman zt”l (Mipekudecha Esbonein 1:79) quotes from the Arizal that the posuk that states that “there is no one perfect who does not sin (yecheta)” does not necessarily refer to a real transgression. It refers to a person who has not perfected himself to the extent to which he is able. This, too, is considered a sin, which is referenced by Yeshayahu as “rote learning.”

The Chazon Ish (Maaseh Ish, page 181) used to tell a frightening story to illustrate this concept. He explains that people sometimes mistakenly label a person as religious in one area but lacking in another. For instance, he seems to be very frum in his dealings with Hashem but is not so perfect in his dealings with his fellow man. The Chazon Ish states authoritatively that this person is under the control of his evil inclination and not vice versa. It is just that he hasn’t been tested as much in his bein adam laMakom, his relations with Hashem. Just such a man was expecting an important visitor on Friday night but had forgotten to add enough oil to the kerosene lamp. Suddenly, when the lamp was about to go out and there was a knock at the door, the generally “religious” man couldn’t control himself and added fuel so that he would not be embarrassed. The Chazon Ish added sadly that this man was not actually religious. He had never worked on himself to the point where he could not be mechallel Shabbos. It had just never come up. He concluded that the problem was what Yeshayahu had pointed out long ago: People act without thought and certainly without constantly upgrading the threshold of their yiras Shomayim, the quality of their being G-d-fearing.

Elul is indeed the ideal time to add as many mitzvos as possible to our arsenal of good deeds. However, unlike secretarial school, it cannot be done without thought and consideration. If we join these two concepts – many mitzvos, performed with feeling and depth – Hashem will surely send us all the brachos we seek for the New Year.