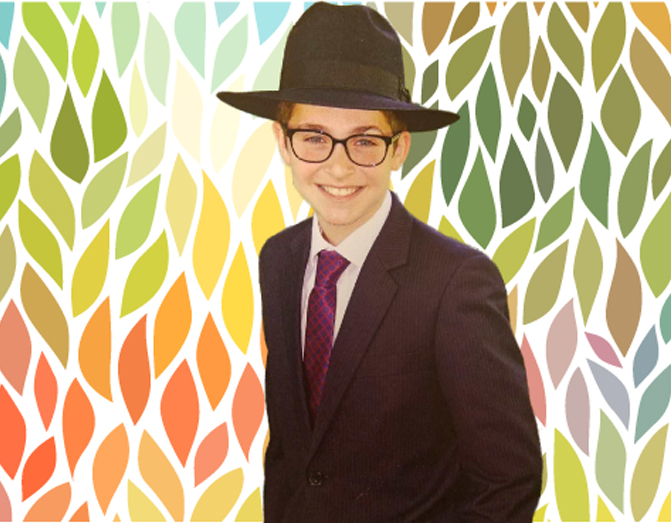 This week, the Bais Hamikdosh was destroyed.

No, we are not in middle of the month of Av, though it surely feels that way.

The posuk in Eichah (1:15) says, “Kara alai mo’eid lishbor bachurai — He proclaimed a set time against me to crush my young men.”

Based on this posuk, the Medrash (Eichah Rabbah 1:44) tells us that we find that the passing of bochurim is as difficult as the destruction of the Bais Hamikdosh. The Yaaros Devash (Part 2, 142) quotes this Medrash and then tells us that, in fact, the death of bochurim is even more difficult than the destruction of the Bais Hamikdosh.

So yes, we suffered a blow even more severe than the destruction of the Bais Hamikdosh: A few days ago, Moshe Moskowitz, a lichtige eighth grade talmid of ours at Yeshivas Chofetz Chaim, was killed in a horrific car accident, which left his mother fighting for her life.

The Baltimore community is shattered. The school is broken. Our eyes sting from the endless stream of tears. We don’t know what to say. We don’t know what to do. In the words of our esteemed menahel, Rabbi Yaakov Schwartz, we just want to give each one of our precious talmidim a hug. And who knows? Maybe we need it more than they do.

Indeed, it is the time for soul-searching. The Yalkut (Shir Hashirim 982) sharply states, “Tinokos shel beis rabbon nitfosim al hador — Small children are snatched away [by Hashem] because of the shortcomings of the generation.”

So there is definitely sufficient reason to tremble. But then, for some comfort, I think of Moshe.

If there ever was a young man who personified his name, it was Moshe Simcha. Moshe exuded simcha. His verve and vigor for life made him the rosh hamedabrim, a leader in every respect. Whether it was his learning, as he constantly hungered to learn more and more, or his davening, or even his unusual sense of achrayus — raising money for Chai Lifeline, editing the class yearbook, or directing a Chinese auction — Moshe proved unique among his peers. A class leader. A dear, beloved friend.

And oy, that smile. It was contagious. Moshe was the type of boy everyone wanted to be around. He cared deeply for his peers. For the popular boys, and perhaps even more so for the less popular ones. And it wasn’t necessarily easy for him. You see, Moshe had diabetes. But you would never have known. His smile belied the truth and the struggle.

Moshe’s father, Reb Doniel, a one-of-a-kind rebbi, has taught Torah for over two decades. Though by now he has amassed hundreds of beloved talmidim and talmidos, he was still able to channel his indefatigable nature, endless energy, and unbridled love into all of his children, and Moshe was no exception. He and his wife did everything possible to ensure that Moshe received the very best medical care. Their efforts bore fruit.

Moshe was a true gem, a rebbi’s dream. He anticipated what his rebbeim needed and filled their wishes even before he was ever asked. Moshe was the perfect talmid.

This is the time of year when eighth graders prepare feverishly for their high school entrance exams. They study for weeks, maybe even months, to get into the yeshiva of their choice. There is much anxiety and angst during these days. It isn’t easy.

The Gemara in Avodah Zarah (3b) tells us that Hashem is “yosheiv umelameid tinokos shel bais rabbon Torah — He sits and teaches Torah to small children.” Rashi explains that this refers to the children “shemeisu keshehein ketanim — who died when they were young.”

Last Tuesday night, Moshe gained entry into the greatest yeshiva of all, the Yeshiva Shel Maalah. His rebbi, Hashem Himself, handpicked him: “Dodi yarad legano…velilkot shoshanim — My Beloved has descended to His Temple garden…to pick roses” (Shir Hashirim 6:2).

What nachas Moshe will bring Him! He is the ultimate talmid, the type every rebbi hopes to teach. One request: Ribbono Shel Olam, if You have a seat up front, that’s where Moshe liked to sit.

So while Moshe’s unused yeshiva application most probably sits on his dining room table, his dear parents can take comfort in the knowledge that Moshe will be well cared for. He will be learning in the lap of the greatest Melamed of all.

Moshe, your mother’s life hangs in the balance. Storm the Kisei Hakavod. Beg for her. For Klal Yisroel. We hope that the Ribbono Shel Olam won’t deny your request.

We are utterly bereft. Broken beyond measure. The Bais Hamikdosh was destroyed.