“Don’t Forget to Keep Your Head Up!” 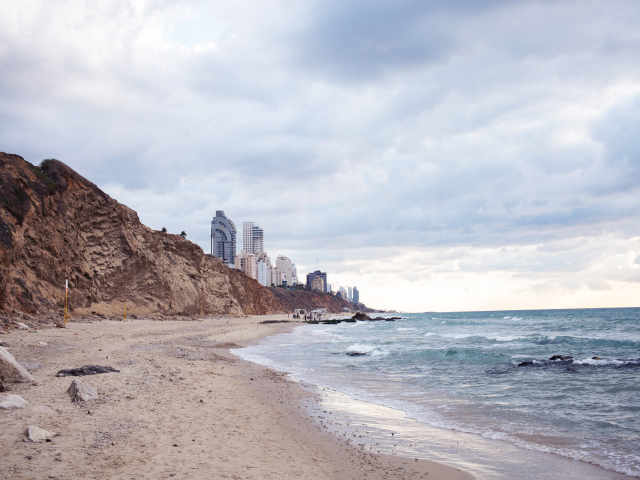 There are many remarkable stories about, and outstanding lessons to be learned from, the life of the great gaon, manhig and tzaddik Rav Yosef Rosenblum zt”l, rosh yeshiva of Yeshiva Shaarei Yosher, who passed away on Acharon Shel Pesach.

While conducting interviews with talmidim and family members, one short, seemingly simple story made a profound impact on me.

Rav Rosenblum rarely spoke about himself unless it was for an absolute to’eles. Once, while speaking with a colleague about being a rebbi to talmidim, he addressed the issue of a rebbi not always successfully reaching each talmid the way he would want. He explained that some talmidim will become true bnei Torah and talmidei chachomim, others might become half a ben Torah, and yet others will become even less than that. Rav Rosenblum concluded, “However, one thing that every talmid will learn here is that you can’t be a crook!”

The depth of Rav Rosenblum’s message is one of emunah. No, not everyone is necessarily cut out to be a great talmid chochom who has the ability to sit and learn for many hours a day without respite. Some can become bnei Torah who are partial talmidei chachomim and some even less, but the absolute minimum that every Yid and certainly every ben yeshiva must realize is that there is a Ribono Shel Olam in the world who decides if a person will be rich or poor. How much money one will have and how he will make his money are decided by Hashem. If a person internalizes this most basic belief, this foundation upon which anything else stands, then he will never even contemplate being a crook and taking what does not belong to him. If Hashem wants him to get that money, He will put it in his path in a kosher way.

When thinking about this story, I recalled another story that transpired many decades ago with the Gerer Rebbe, the Pnei Menachem. This story was told by someone we will call Reb Avrohom (not his real name). During the 1960’s, when Reb Avrohom was a bochur, he learned at the Vizhnitzer Yeshiva in Bnei Brak. Reb Avrohom had been orphaned at a young age, and the fact that he did not have a father weighed heavily on him. As a result, he was a sensitive boy and often felt very homesick. Because of his situation, he found the yeshiva lacking in cleanliness, he didn’t like the food, and he became depressed as a result.

The Vizhnitzer Rebbe at the time, Rav Chaim Meir Hager, author of the sefer Imrei Chaim, noticed that the bochur was not himself and was unhappy. He took the boy under his wing and suggested that perhaps a little vacation from yeshiva would be a good idea. The Imrei Chaim arranged for Reb Avrohom to travel to Netanya, where he would spend a few days in the seaside town and visit the separate beach there.

Avrohom went to the beach, walked around on the sand, but didn’t enter the water. Others at the beach were swimming, but Avrohom hung back and just watched wistfully. It so happened that the Gerer Rebbe, the Pnei Menachem, was also at the beach. At that time, he was not rebbe, but rather rosh yeshiva of Yeshiva Sefas Emes, a position that he held for 35 years before assuming the mantle of leadership of Ger in 1992. He noticed the somewhat forlorn-looking bochur and went over to greet him. During the conversation, he asked Avrohom why he wasn’t going into the water like everyone else. Avrohom answered truthfully, “I am an orphan. My father passed away when I was young before he was able to teach me how to swim. I am afraid to go into the water because I cannot swim.”

The Pnei Menachem smiled and said, “Don’t worry! I will teach you how to swim.” The Pnei Menachem then waded into the Mediterranean together with the orphaned bochur and taught him how to swim. Once Avrohom got the hang of it and the rosh yeshiva felt that he could be left on his own, as he had sufficiently mastered the art of swimming, the Pnei Menachem gave Avrohom once last piece of advice – a piece of advice that Reb Avrohom says made such an impact on him that it has remained vividly etched in his mind for the fifty years since it was given. The Pnei Menachem said, “Just remember one thing: Zolstu shtendig halten der kop aroif. Always hold your head up…”

Setbacks Are to Build Us, Not Discourage Us

The advice, of course, had a double meaning. Firstly, keep your head above the water. But perhaps more importantly, he was imparting a life lesson to the orphan to always make sure his mind is in charge. Always make sure that your knowledge of what is right will overcome the various feelings and urges that the body puts in front of you. Always ensure that your head, which knows what is right, is above and wins the battle…

Perhaps he was also telling him to hold his head high and not be embarrassed or broken. Rather, he should realize that he has what to offer the world despite the difficult circumstances of his youth.

The lesson that the Pnei Menachem shared with the young boy is applicable to all of us and in some way mirrors the message of Rav Yosef Rosenblum mentioned above.

In the course of our days and years, we are faced with various nisyonos, spiritual hurdles that we must overcome. Often, we want to accomplish something in avodas Hashem and we feel stymied. It doesn’t go the way we envisioned. The tendency is often to get discouraged and just give up, saying, “I will never succeed.” If we have our heads up, we will realize that a setback is no reason to throw in the towel. On the contrary, we should view the full picture and not disregard all of the things that we have accomplished, even while acknowledging our setbacks.

There is another important lesson, and that is the lesson of emunah with which we began. Often, just as in the story with Avrohom, we feel threatened by the proverbial waves in the sea that seek to engulf us. Things are not going well. We are faced with nisyonos in parnossah and we don’t see a way out. We are flustered and scared and may feel that we have no choice but to resort to conduct that is not ehrlich and perhaps even a bit crooked. Those are the times when we must swim with our “kop aroif,” with the knowledge that Hashem runs the world, and if He wants to provide us with our needs b’heter, He can do so. We shouldn’t become discouraged by the large waves and our seeming inability to swim, because if we hold our heads up, we can do so much.

A Smooth Life is Not a Brocha

I would like to conclude with a powerful story that I read in the excellent and inspiring book that I read over Yom Tov titled “Food for Thought,” written by my talented colleague, Rabbi Yitzchok Hisiger.

A bochur once approached Rav Moshe Yehuda Schneider to ask for a brocha before his wedding. Rav Schneider asked him what brocha he wanted. The boy responded that he would like a blessing that everything should go smoothly in his life and that he should have no difficulties. Rav Schneider said that that is not a brocha.

Instead, Rav Schneider blessed the chosson that when faced with challenging situations, he should have the ability to overcome them successfully. He explained that living a tranquil existence is not an ideal; something attained effortlessly has little value. It is only by surmounting difficulties that we achieve success.

Indeed, if we remember to keep our heads up, we can surmount all kinds of difficulties.