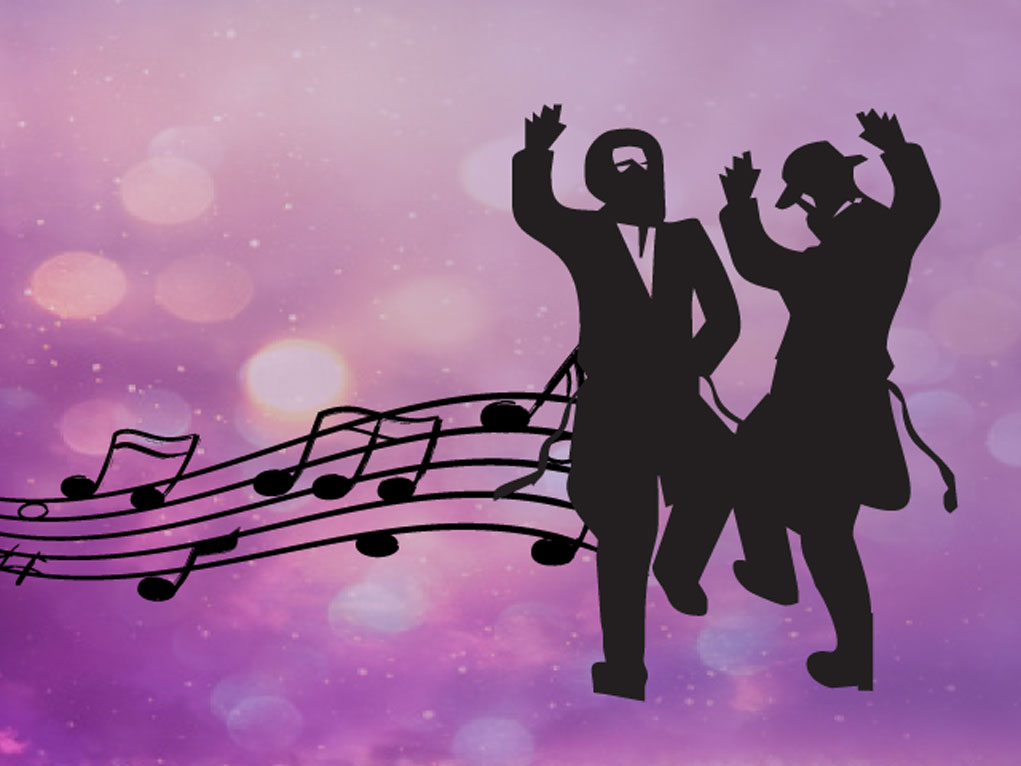 It is a week early, but surely it’s never too early to prepare for Mattan Torah. Furthermore, this past week, many of us learned in Daf Yomi (Yevamos 69) that one can “give” something to a baby in the womb. While politicians argue endlessly about overturning Roe v. Wade, one thing we know for sure. It is never too early for the child to learn Torah, and the nine months of gestation are also a period of intense immersion (quite literally) in Torah (Niddah 30b).

The Bnei Yissoschor (Maamorei Sivan, 1:7) famously asks: What is the purpose of teaching the baby (please note: not fetus or embryo) Torah, only for him to forget it immediately upon birth?

His initial answer is that the newly minted Yid must be given the opportunity to learn Torah through personal effort and diligence, yegiah and ameilus (see also Rav Chaim Soloveitchik, Toras Chaim, page 116). But then the question returns: Why, then, bother in the first place?

His answer is that if someone heard something that he has then forgotten, such as a tune, he may not remember it in a vacuum. However, if he hears it again, the memory will return and he will sing again. It is the same with Torah. The Torah is too sublime and evanescent to be absorbed even with the best of human abilities. But once it has been brought down to earth and entered a holy neshomah, the proper effort will arouse the latent sparks and fan the holy flame.

We have perhaps heard this or something similar at many shalom zachors, where we go to console the baby upon his forgotten knowledge, but visit to subliminally encourage him to spend a lifetime of restoring it on a higher level.

I can’t imagine a better example of one who did so for a lifetime of Herculean effort than Rav Chaim Kanievsky, whom we must remember especially at Shavuos.

I recall hearing Rav Mordechai Gifter, rosh yeshiva of Yeshivas Telshe, relate one of his fundraising stories, which resulted in more of a lesson in limud haTorah than raising the yeshiva’s budget. He was attempting to approach an extremely wealthy individual in another country who never seemed to be home. Finally, finding him at home briefly late at night, instead of asking for money, the rosh yeshiva inquired about his schedule. “Reb Yid,” he began kindly, “you are no longer young. Why don’t you slow down and spend more time at home enjoying your beautiful family?”

The businessman’s answer astounded the rosh yeshiva and became the centerpiece of one of his most well-known mussar lessons: “If you want to succeed in your gesheft (business), broch mun ligen in gesheft (you must be completely immersed in your business.)”

Ultimately, this, too, may be one of the lessons of the learning in the womb. The Gemara there describes the idyllic situation of the baby’s learning, but surely one factor which should become the leitmotif of our limud haTorah is the total dedication it requires. Despite the many wonderful learning aids we have with translations and other supporting devices, the distractions are equally immense. Perhaps this is inevitable, as Shlomo Hamelech says (Koheles 7:14). But we must still attempt to shut out the outer world so that we can submit ourselves to the eternal wisdom and kedusha of the Torah.

All of this is true, but we should not consider for a moment that shutting the world down is some kind of sacrifice. Eliyahu Hanovi (Tanna Devei Eliyahu Rabbah 18) quotes the Creator’s words to each one of us: “My children, what joy does a human being have other than Torah? Gold, silver and jewels are all transient, but the joy of the Torah is forever. My children, come celebrate and enjoy the Torah, just as I am joyous with you forever and ever.”

The infectious joy of our gedolim when they were learning is legendary, but it can and should be emulated.

After leaving a Torah discussion with Rav Elazar Menachem Man Shach, the Brisker Rov sent one of his sons in the middle of the night to the Brisker Rov with the answer to a question with which the two gedolim had been struggling. The future Brisker rosh yeshiva, Rav Dovid Soloveitchik, was reluctant to disturb Rav Shach at that hour, but his great father declared, “I’m sure Reb Leizer can’t sleep with such a kasha.” Indeed, the rosh yeshiva of Ponovezh was elated to look up from his Gemara for the solution to the problem.

On another occasion, Rav Shach himself was seen dancing in the street outside the Brisker Rov’s home after hearing “Torah that was as joyous as when the Torah was given on Sinai.”

Rav Shalom Shwadron, too, shared a post-midnight chiddush with his mechutan, Rav Shlomo Zalman Auerbach, which caused them both to break into a joyous dance. This is the way to begin approaching the great joy of Mattan Torah which awaits us all very soon.

My rebbi, Rav Yitzchok Hutner, also taught that “the essence of the rebbi-talmid (teacher-student) relationship is built upon the power of taanug (pleasure)” (Pachad Yitzchok, Sefer Hazikaron, page 110). Based upon the teachings cited above, we can now understand that if there is no greater pleasure than Torah, then the transmission of Torah itself must be suffused with the ultimate ethereal enjoyment of every word of Torah. I have been pleased to hear and read that, recently, this concept of chinuch and Jewish education has filtered down ever more into the classroom and shiur rooms of those who transmit the Torah to the new generations.

Rav Hutner conveyed one source for this incredible definition of the teaching process from the conversation between Eliyahu Hanovi and his disciple, Elisha. The posuk (Melachim I, 19:20) relates that Elisha was pursuing Eliyahu, begging to join him. However, Eliyahu seemed to reject him, declaring, “Go, return, for what have I done for you?” To this question, Elisha had no answer, for the relationship between a rebbi and a talmid is so sublime that it is virtually ineffable. There can be no verbal answer, since the relationship is based upon a euphoria which can neither be described nor verbalized. Perhaps on one level, that is why Klal Yisroel did not accept any specific mitzvos or commands. We simply announced that we would follow, just as Elisha was prepared to follow his rebbi, Eliyahu. As Rav Hutner concluded, a student does not become a true talmid because he understands the greatness of his rebbi. He understands the greatness of his rebbi when he becomes a talmid.

This may be likened to one of the stories that emerged even before Rav Chaim Kanievsky’s petirah. A devoted teacher in the kiruv field went to Rav Chaim with a sad story. A righteous gentile was almost ready for conversion, having made his life’s commitment for no ulterior motives. They were already studying various texts together to prepare for the great moment of his geirus when everything seemed to fall apart. The would-be ger tzedek complained that as much effort as his dedicated rebbi put in, he couldn’t understand a word of the Gemara. An intellectual and professor of difficult subjects, he had never had any problem conquering a text or gaining comprehension. But Torah didn’t seem to enter his brain. Rav Chaim listened carefully and answered surprisingly, “Ehr hut nisht kein rebbe. He doesn’t have a teacher.” Now the rebbi was hurt and almost offended. “But rebbe, I’m his teacher.” Rav Chaim repeated his statement and the teacher objected again. Now Rav Chaim explained gently, “You don’t understand. Only Hashem is the Melamed Torah, but it is limited to amo Yisroel. Despite your being a wonderful teacher, this young man is not yet Jewish and so cannot fully avail himself of your talents. If he is truly sincere, let him undergo geirus. At that point, the true Teacher of Klal Yisroel will help him understand everything.” And so it was.

This anecdote with our beloved Rav Chaim can also help us understand our own naaseh venishma. Chazal (Kerisos 13b) tell us that our ancestors, too, entered the fold with a national act of geirus culminating at Har Sinai. The commitment of “hearing and then doing” came before we were completely “converted,” and so we were not yet ready to understand. However, once we had indeed completed the process and became the Am Hashem, we were able to learn the Torah from our rebbi, Moshe Rabbeinu.

As we stand in the middle of the Sefirah period, we all realize that we annually undergo the process of preparing for and undergoing a major transformation. Torah cannot simply be studied like a book or a secular subject. It must define our essence and permeate our entire being. This happens in many ways. It is the pleasure principle of having a rebbi. It involves learning and growing from the 48 principles enumerated at the end of Pirkei Avos. And ultimately, it involves the total change we experienced at Sinai. Let’s go forward with excitement, zeal and the great joy of knowing Who our Rebbi really is.