Change of Government: A Time for Kavod Shomayim 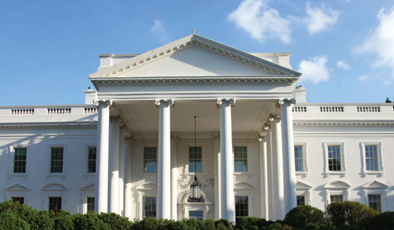 On Rosh Hashanah, a Jew is obligated to think about malchus. The awe of impending judgment and the obligation to recite the Mussaf Malchiyos with the proper kavanah compel us to think carefully about kings and their power.

However, when there is a change in government, with the attendant pomp and circumstance, the realization that a new mere mortal has access to the nuclear codes and can issue pardons that spell life or death, the meaning of malchus once again becomes paramount. Why is this important?

Rav Nosson Wachtfogel zt”l (Leket Reshimos, Inyonei Kevod Shomayim, page 5) reminds us, in a comprehensive essay, that in this world, we have little to connect us to the grandeur and majesty of heavenly monarchy other than the trappings of earthly rulers, be they kings or presidents.

Chazal (Brachos 9b and Yerushalmi, Nozir 7:1) urge us to “run to see kings, even gentile monarchs, because if we are fortunate enough [to greet the Melech HaMoshiach], we will understand the distinction between him and the secular kings we have encountered.” Rav Wachtfogel is troubled. “What if we don’t run and we understand the distinction? What difference will it make?” He answers that, in fact, we will be missing everything. He points out that all the giants of our history – Yosef, Yaakov, Eliyahu, Chananya, Mishoel and Azarya (see Medrash Tanchma, Bo 7) all gave honor to various kings. Now, as he notes, not only were all these monarchs wicked despots, but we know (see Rabbeinu Yonah, Shaarei Teshuvah 3:150) that honoring the wicked engenders many obstacles. So why did our revered ancestors make sure to attend to kings and pay them obeisance? The answer, as we sing (Vechol Maaminim) on the Yomim Noraim, is that there is a direct juxtaposition between human royalty, frail and deficient though it may be, and Hashem’s overarching universal malchus: “Hamamlich melachim velo hamelucha – He coronates kings, but true royalty is His alone.”

What is the source of this somewhat surprising connection? After all, how can one even begin to compare the King of kings to an ephemeral mortal and a wicked one at that?

I believe that the answer is embedded in the eternal words of Chazal: “malchusa d’ara ke’ein malchusa derokia – the earthly kingdom is similar to the heavenly one” (Brachos 58a). As Rav Yitzchok Eizik Chover asserts, man, being the limited creature he is, can only comprehend that which is within his sphere of experience (introduction to Binyan Olam, page 12). Therefore, if that, somewhat sadly, is our only frame of reference, “we must seize every opportunity to study the analogy between the temporal and the eternal, so that we will develop some semblance of yiras haBorei – proper fear of the Creator” (Rav Gamliel Rabinovitz, Tiv HaTorah, Terumah, page 490).

If we begin to pursue this line of analysis and study, many phenomena come much more clearly into focus. For instance, Rav Wachtfogel (page 7) gives us a fresh appreciation of a well-known Mishnah (Avos 3:2): “If not for the fear of the government, one man would swallow another whole. This is not merely because,” says Rav Wachtfogel, “there would be no law and order without the intervention of the authorities with police, courts and punishment. This is a mistake. Chazal are instead teaching us why Hashem so arranged society that we must have rulers, sources of power and justice.” It is so that we should have some idea of what malchus means, “for without it, the world could not continue to exist.”

As Rav Shamai Ginzburg (Imrei Shamai, Bereishis, page 188) concludes, “We know that when Yosef was released from the pit of his incarceration, he took a haircut and changed his clothing (41:14) “in honor of the king” (Rashi). Just as Mordechai, when Haman was forced to give him honor, insisted on preparing himself properly to meet the king, so must we always remember that we are in actuality referencing our true yearning to give honor to the King of the universe.

Therefore, when we are about to witness the “passing of the torch” to a new president, it is incumbent upon us to utilize the moment to pray and hope for the ultimate revelation of the eternal King. While others make trivial and often erroneous comparisons between the new leader and his predecessor, our eyes are turned up to the heavens. We duly note the power of life and death in one person’s hands, the ability to affect the economy and prosperity, war and peace, perhaps even morality and ethics, and then tremble a bit when we realize how circumscribed it all is compared with its heavenly counterpart. Obviously, the president or even the king should feel humbled if he ever considers such an analogy. But more importantly, for us, it is our opportunity every four years, perhaps even more so this time, to reflect upon our incredible access to the One Above, who laughs at the bluster and hauteur of those He has allowed a temporary touch of glory and power.

The great posek, Rav Yitzchok Yaakov Weiss, rov of Yerushalayim (Minchas Yitzchok on Torah, Shoftim, page 226) indeed reveals how wonderful it can be if a monarch is totally in consonance with the celestial model. The Torah (Divrei Hayomim 1:29:3) describes the reign of Shlomo Hamelech as “sitting upon the throne of G-d.” What does it mean for a mortal to sit upon the heavenly throne? Rav Weiss explains that “sometimes a new ruler attempts to make a name for himself through his accomplishments. Then, when he has achieved some triumphs and attained a measure of tranquility, he engages in the pleasures of power and the rewards of success. But this is only if he has his own interests at heart. If he has exclusively the good of his people in mind, then every day is the same, filled with total dedication to his subjects and their concerns. This is what it means to sit on the throne of Hashem, to emulate the King of kings, Who has only the benevolence of His creations in mind.

Rav Weiss also quotes the Techeiles Mordechai (Shoftim, No. 21) that just as Hashem did not create the world for Himself, but to perform chesed (see beginning of Derech Hashem), so the good monarch does nothing for himself, only for those who look to him for help and succor. This would certainly be our prayer and advice for our new president to attempt, wherever possible, to follow the model of King Shlomo and even the King of kings to rise above pettiness, to strive for greatness with these eternal prototypes constantly before him. In case these goals seem too lofty and impossible for any human being, let us remember how we learned that our ancestors looked to any monarch to be the mortal link to divine sovereignty. Anything is possible, since we know that “the hearts of kings are totally in Hashem’s Hands” (Mishlei 1:1). If we do our part in focusing upon the malchusa derokia, perhaps Hashem will make sure that this particular malchusa d’ara will do its part toward moving us closer to the ultimate malchus.