We Can All Use More Holiness 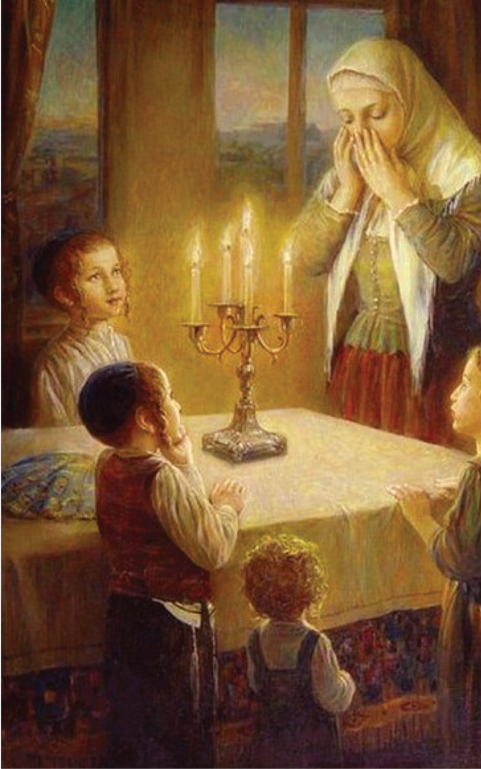 Parshas Behar begins by stating that Hashem spoke to Moshe, stressing that this occurred on Har Sinai, and then immediately turns to the laws of Shmittah. Rashi asks the famous question rhetorically invoked when two matters as seemingly unconnected as Shmittah and Har Sinai are linked together as they are this week.

The question is, “Mah inyan Shmittah eitzel Har Sinai,” loosely translated as, “What does Shmittah have to do with Sinai?”

Rashi answers that the Torah juxtaposes the two topics to teach that just as the minutia of the laws of Shmittah were delivered at Sinai, the myriad details of all mitzvos were likewise taught at that time.

The Torah discusses the laws of Shmittah and then guarantees the blessings reserved for those who honor these laws, allowing their land to lie fallow every seventh year as a testament to their belief in the word of G-d.

“Mah inyan Shmittah eitzel Har Sinai” teaches us that in order to merit the rewards of keeping Shmittah, a Jew must do more than observe the laws of Shmittah. In order to properly observe Shmittah a person must follow the halachos and dinim that were handed down at Sinai throughout the seven year cycle.

This approach might explain an obvious inconsistency at the end of the parsha. The last posuk of Parshas Behar reads, “Es Shabbsosai tishmoru umikdoshi tira’u, ani Hashem.” The Baal Haturim points out that in this posuk, the word “tishmoru” comes after the word “Shabbos,” whereas in Devorim, the command of shamor precedes the word “Shabbos” in the posuk of “Shamor es yom haShabbos.”

The Baal Haturim quotes the Mechilta, which states that the reason the word shamor is before Shabbos in one instance and follows it in another is to teach that we must be shomer the Shabbos before and after its official times.

In fact, the Gemara (Rosh Hashanah 9) derives from the word “shevos,” which the posuk uses in relating the issur melocha of Yom Kippur, as well as Shabbos and Yom Tov, that there is a mitzvah to add kedusha to the holy day and begin observing its halachos prior to the period of bein hashemashos and shkiah.

We extend the holy Shabbos day at its beginning and end, adding kodesh to the chol.

Perhaps we can find a deeper dimension in this explanation, using the lessons we derived from the posuk linking Shmittah to Har Sinai.

The posuk implies that for one to be a shomer Torah umitzvos, it is not sufficient to only observe the 24-hour period of Shabbos. An observant person must also adhere to the many commandments governing day-to-day life during the rest of the week. The kedusha of Shabbos demands shemirah lefonov ule’acharov.

How do we resist temptation? How do we strengthen our ability to deal with all that is out there threatening our ability to be good Jews? It is by increasing kedusha in our lives. It is by being an am kadosh seven days a week, not only on Shabbos. We empower our children by being mechaneich them with inyonei kedusha. The antidote to tumah is kedusha. We keep them holy and protected by adding kedusha to chol. If we fortify them with the beauty of Yiddishkeit, we strengthen their ability to withstand trials and temptations.

Rav Yosi (Shabbos 118b) expressed the wish to enjoy the rewards of the people of Tzipori, who would end Shabbos after the designated time. Based on that statement, the Shulchan Aruch writes (293:1) that we delay the tefillah of Maariv on Motzoei Shabbos to add holiness to the mundane. It is for this reason that there are various customs related to postponing the beginning of the tefillah (Mishnah Berurah, ibid.), even by mere seconds. We endeavor to increase holiness in the world and every little bit makes a huge difference.

Great gedolim counseled people in dire straits to accept upon themselves the kedusha of Shabbos even a few minutes earlier than mandated. Now we can understand some of the reason why. A story is told of a couple who were blessed with a child after many barren years. Their dear son became deathly ill and, after doctors could not cure him, they traveled to the Chofetz Chaim, who told them that if they would accept Shabbos early for the rest of their lives, their son would be healed and would live. Indeed, he was miraculously cured.

A man cried to the Pnei Menachem that his son had veered from the proper path, moved away and adopted a foreign lifestyle. The rebbe related that his father, the Imrei Emes, would say that “tosefes Shabbos” is a tremendous segulah. “Therefore, I advise you and your wife to add to the time of Shabbos, and you will be helped,” said the rebbe.

I once visited a large Jewish cemetery in a town that was previously home to many thousands of Jews. The property was divided in two. The guide explained that one side is the “Shabbosdike bais olam” and the other side is the “Vochodike bais olam.”

It was explained that the Shabbosdike cemetery held Jews who were Sabbath-observant, even in the face of hardship. On the other side, the vochodike cemetery contained the remains of the city’s residents who were unable to resist the temptation to be mechallel Shabbos.

These Jews had arrived in America at the beginning of the past century penniless, and the temptation to escape poverty by working on Shabbos was too great. They would go to shul Shabbos morning and then head off to their jobs. They would daven, participate in a shiur, enjoy Kiddush, and do everything that frum Jews do in shul, but when they left the building, instead of heading for home and a Shabbos meal, they went to work.

No doubt, they were driven by a fear of the heavy price they would have to pay for keeping Shabbos. It is not for us to judge them, but those who gave up on Shabbos became vochodike Yidden. Their Yiddishkeit was vochodik, lacking in holiness, even though they did their best to keep all the other mitzvos. Ultimately, most of them and their descendants were lost to the Jewish people. When those people passed away, they were laid to rest in the vochodike bais olam.

The Jews who held on strongly to Shabbos observance were the Shabbosdike Yidden. Seven days a week, their lives were blessed and their homes were blessed. And when they were laid to rest, they were placed in the Shabbosdike bais olam. There they remain, waiting for Moshiach to arrive and bring them back to life as Shabbos Yidden.

Thankfully, our nisyonos are not as great as those faced by the people of the forsaken New England city I visited, but we can all use improvement to better qualify as Shabbosdike Yidden throughout the week. Shabbos has to affect the way we conduct ourselves the entire week, and the way we behave during the other six days influences our observance of the seventh.

A Shabbos Jew spreads the kedushas Shabbos to everything he does from Shabbos to Shabbos. He anticipates and plans for Shabbos from Sunday onwards, as he specifies each day in relation to Shabbos, saying, “Hayom yom rishon b’Shabbos. Hayom yom shaini b’Shabbos, etc.”

And so it is with the Shmittah hero the Torah speaks about in this parsha. It is difficult for a person who lives off the land, and who has been lax in mitzvah observance, to undertake Shmittah observance.

The farmer who faithfully observes the halachos hateluyos ba’aretz the other six years can meet the test of faith and leave his farm untouched during the seventh year.

The man who is fastidious about his observance of maaser, terumah, leket, shikcha and pe’ah has little difficulty with Shmittah. The one who ensures that his animals do not run wild and damage other people’s property, and who makes sure that there are no michsholim on the paths that cut through his property, will be scrupulous with the dinim as given on Har Sinai.

The person who conducts his business with emunah and bitachon and does not resort to chicanery and thievery to make his living, will have the strength to let go when Shmittah arrives and depend upon Hakadosh Boruch Hu to feed him.

This theme runs through the subsequent pesukim (25:17-19) in Parshas Behar: “Do not harass one another…and you shall perform My chukim and observe My mishpotim and then you shall dwell securely in Eretz Yisroel, and the land will then give its fruit and you will be satisfied when you eat, and you will live securely…”

Those who seek to live with security need look no further than Parshas Behar. Those who seek peace should learn the lesson of “Mah inyan Shmittah eitzel Har Sinai.”

Those who look for nachas from their children, for stable lives, for a healthy livelihood, should heed the lesson of the Shabbosdike Yidden and of the Shmittah Yidden throughout the ages.

Despite all the societal temptations and the pressures and inducements they faced to bend the rules a little bit here and there, they remained staunchly devoted to the laws of Sinai. They did not compromise or welt in the heat of the times. They remained steadfast, focused, honest and upstanding, seven days a week, seven years of Shmittah, and fifty years of Yovel.

Our parents and grandparents led the way for us and lit up the path. Let’s follow their example and do the same for our children and grandchildren. We will thus merit the brachos of this week’s parsha and the other parshiyos of the Torah reserved for those who follow the well-trodden path stretching back to Har Sinai.