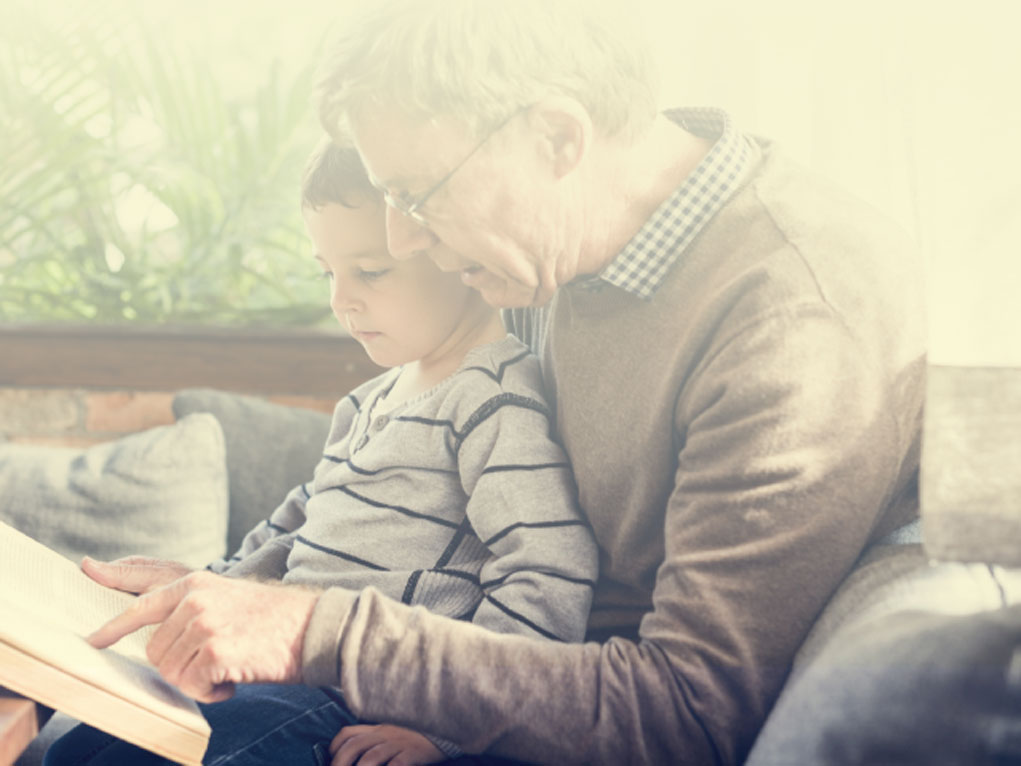 Looking back, there are certain things in my life that I wish I could do over.

I imagine that most people feel that way. Although we try our best to get it right as we go along, there’s no question that experience leads to wisdom, which, in turn, leads to making good decisions and responding appropriately to each new situation. Without it, we are like a customer who enters a store, only to realize that he’s left his credit card at home. He can shop using whatever meager supply of cash he happens to have in his wallet, but the big purchases will be out of his reach.

In the same way, when we’re young we have very little life experience, and thus very little wisdom. Being forced to use our skimpy store of know-how about life to make the right choices and respond well to difficult situations seems counterproductive, at best, and a recipe for disaster, at worst. We embark on careers without much knowledge of how the world works. And many of us become parents when we’re barely out of childhood ourselves! How are we expected to get it right?

To compound the problem, many young people are not yet very self-aware. They floated through their childhood years feeling and reacting, rather than acting from a solid, thought-out system of values and life experience. When a youngster feels hurt, she either cries about it or stoically bears the pain. She does not have the broader vision of people and relationships that comes later in life, a vision which can provide a context for her pain.

In the same way, young husbands and wives, fathers and mothers, lack a certain breadth of understanding that comes only through experiencing things and learning from them. Though we love our children dearly, we are often baffled by them. In trying to deal with our kids’ sensitivities and struggles, we can stumble and get it wrong. How can we not? We are basically working in the dark. Learning as we go.

Wisdom is hard-earned. It takes years, even decades, of trial and error to learn even the simplest lesson. Wouldn’t it make more sense to have been born with the wisdom we need to proceed successfully in life? Or at least to make it instantly accessible to us when we need it?

If you think about it, wouldn’t it be far more productive to raise our children when we’re older and wiser? That way, we would avoid so many of the mistakes that come from being green and inexperienced. We would nurture our young with calm, careful understanding. We would be attuned to their sensitivities, because we’ve come across them before. We would dispense intelligent advice to help them with their struggles, advice that comes from the depths of our accumulated wisdom.

“But young parents have much more energy than older ones,” you may protest. True. But Hakadosh Boruch Hu could easily have imbued young parents with energy and wisdom. Why did He create a system in which the vital ingredient of wisdom is missing just when we need it most?

Imagine if we could pop a pill when we’re young and instantly possess all the wisdom of a well-lived lifetime. Chazal tell us that something like that actually happens when we’re in the womb. A malach teaches the unborn child the entire Torah… only to make sure that it is all forgotten the moment the baby is born. Why not let the little tyke hold onto his Torah instead of making him work for it for the next 120 years? Why must the Torah’s precious wisdom, like the wisdom that comes through life experience, be gradually learned rather than instantly ingested?

Learning as we go means that we will inevitably make mistakes. If Hashem wanted us to avoid ever getting it wrong, He would have given us that instant-wisdom pill. So I guess that’s not what He wants. Being absolutely assured of never making an error would make us robots. Or angels. The mere fact that Hashem created humankind in a state of ignorance and frailty means that this was not His goal. He not only knew that we would make mistakes, He was counting on it.

Why would Hashem create a system in which we are bound to mess up?

The first answer that comes to mind is Teshuvah. Chazal teach that a person who transgresses and then sincerely repents is closer to Hashem than a person who has never sinned. There is something about the process of stumbling, catching ourselves, introspecting to figure out why we tripped up in the first place, and then pouring out our hearts in genuine remorse to our Creator, that helps us become the kind of people Hashem wants us to be. Mistakes are not just acceptable. They are a necessary part of the growth process.

This paradigm applies to family relationships as well. Parents and children muddle along together, each one bound by his or her particular hopes and dreams, needs and limitations. Often, the kids get it wrong. That’s natural, as they’re too young to know any better. But almost as often, the parents make mistakes, too. They are stern when they should be soft, or vice versa. They fail to recognize a warning sign in one of their youngsters. They mishandle a quarrel or fail to dispense fair justice. The list of possible errors is as long as the number of a family’s interactions.

What happens when a parent, through inexperience, messes up in an interaction with a child? Initially, there may be tears or sulks on the child’s side, and plenty of self-recrimination on the part of his parent. But then an interesting thing happens. The child, being wholly dependent on his parents and also loving them to pieces, is generally pretty forgiving. Somehow, he senses that his parents meant well. He learns by example that people deserve another chance. Kids can be incredibly accepting.

And the parents? They learn to give themselves a second chance, too. To accept themselves and their limitations. To forgive themselves, even as they add another tidbit of understanding to their slow-growing storehouse of wisdom.

There’s no doubt that our kids would have an easier road to walk if we raised them while in possession of the wisdom accumulated over the course of a lifetime. We could bypass all the bumps in the road that come from lack of experience. An easier situation all around.

But it seems to me that mistakes are a crucial part of any relationship, human-to-human or human-to-the Divine. It’s the messing up and trying again that makes us who we are. It teaches our children that it’s okay not to be perfect. It shows them how to figure things out and how to say “I’m sorry.”

In fact, I would venture to say that mistakes are so essential to any important relationship that we wouldn’t really want to do without them. Sure, I wish there were certain things I could have done right the first time. Things I wish I could do over now, when I have the clarity of hindsight and experience to help me.

But that’s not the way Hashem’s world works. He factored in a great deal of error into the way we live our lives. Error which, in the best-case scenario, can usher in a vital process of remorse, self-awareness, self-improvement and, ultimately, forgiveness.