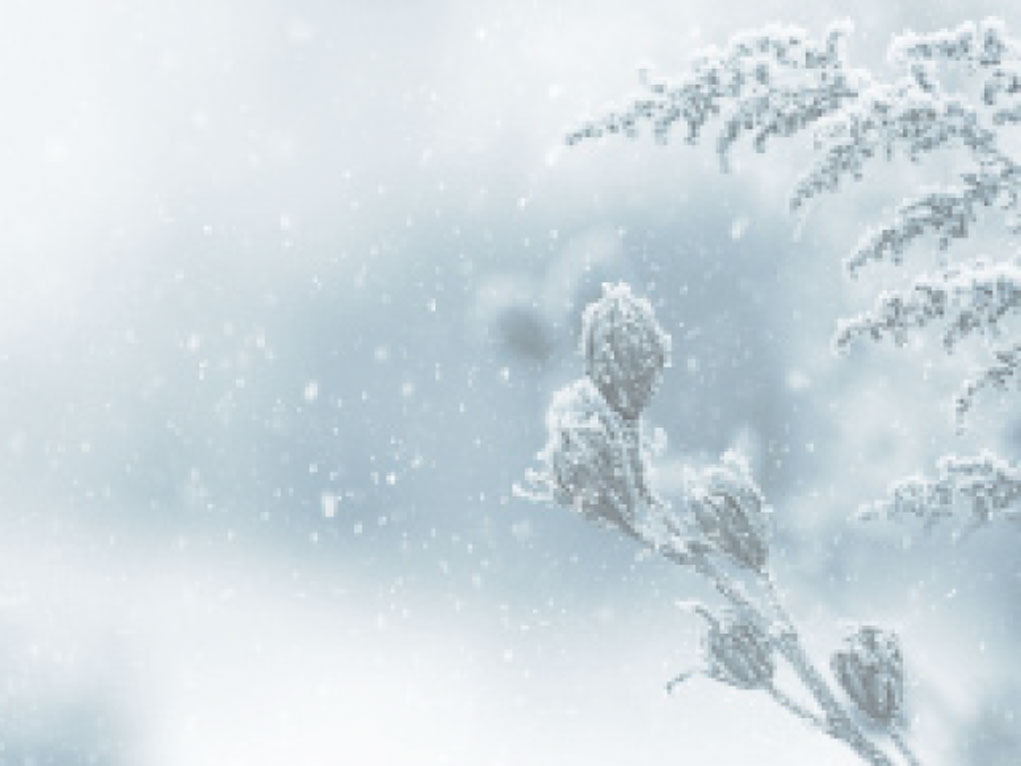 As often happens, many people have been talking about the problem, but not offering solutions. A proposal for solving the issue has now been suggested, albeit from an unusual source, from one who might have to help pay for it. First, however, let us frame the problem like Torah Jews and face it honestly and squarely.

Some can afford vacations this time of year, some cannot. This often causes severe discord in our communities, even leading to some of the cardinal bein adam lachaveiro sins such as kinah and sinah – actual envy and even hatred. To be sure, not all Torah kehillos are as yet affected, but since more and more have allowed some form of midwinter break, we need to analyze this as objectively as we can. The following perspective may be surprising or even objectionable to some, but I would nevertheless like to offer it for reasonably calm discussion.

Let me begin at home. Our family does not take winter vacations, actually rarely any kind at all. When I grew up, the only place we went during the winter was from the bedroom to the kitchen. Sometimes, if there was a snow day (remember those?), we went outside our own house and had a snowball fight or built a snowman. In the great famous words of the maggid, Rav Sholom Schwadron, Yiddishe kinderlech build a snow rabbi. Of course he added the unforgettable moshol that when he approached one for a donation, to no response, he concluded that “from a cold Yid you can expect nothing at all.” But I digress. We stayed home. Today many don’t. Is that a problem?

One menahel recently shared with me that, regardless of whether or not the school will allow a week or so of midwinter vacation, he longer sanctions the typical bar mitzvah film montage of the young man growing up. Often, the majority of the pictures or videos derive from vacation time, which only reinforces the haves vs. have-nots dichotomy. Not everyone goes skiing in January and swimming in private pools during the summer, to say nothing of group shots with Mickey Mouse and other celebrities. At first, I thought this was a wonderful idea, but then I had second thoughts, which leads me to those who feel the need to restrict or even forbid these winter excursions.

Upon analysis, I began to wonder if forbidding just one thing that separates those with deeper wallets and pocketbooks from others accomplishes anything at all. Again, let’s be brutally honest with ourselves. There are always things to be envious about. Whether it is about clothing, cars, houses, toys, eating out often or even regular summer vacations, there will always be a divide. However, the Ramchal (Derech Hashem 2:3, standard ed., page 55) teaches that the world literally requires that there be poor people and rich people so that Hashem can test both with the nisyonos that are so important in our lives. Therefore, he explains that the rich are tested to see if they will be generous, compassionate and kind. The poor, too, are tested, but it is to determine whether or not they will accept and be happy with their lot in life or not.

Of course, limiting things that generate envy is a good thing. The Orchos Tzaddikim (Shaar Hakinah, Gate of Envy) stresses that “it is a virtuous trait in a man not to wear unusually beautiful or costly garments, neither his wife, nor his children.” The author goes on to warn about limiting these excesses in the area of food and all areas of life. However, this warning actually makes the point that limiting envy-causing actions in only one area accomplishes nothing, when all other over-the-top spending continues unabated in an entirely in-your-face mode of living.

But there is another approach that is crucial to study. There is an ancient debate about the two tests, that of poverty and that wealth, regarding which is more difficult and dangerous. Of course, if given the choice, most of us would take the test of wealth and state readily, “I’ll deal with it.” However, that doesn’t mean that this is the correct answer. The earliest mention of this issue was rendered by the wisest of men, Shlomo Hamelech: “Give me neither poverty nor wealth, but allot me my daily bread, lest I be sated and deny [You] and say, ‘Who is Hashem? And lest I become impoverished and steal” (Mishlei 30:8-9). Now although some early commentaries (see Alshich, Parshas Behar 25:38) indeed cite a disagreement about which is worse, the consensus seems to be (meforshim on Devorim 32:15; Maharsha, Chagigah 9b; Sefas Emes, Eikev 5659, page 199, etc.) that the test of wealth is more dangerous and formidable.

What exactly is the nature of this apparent peril? The posuk warns in Haazinu (32:15) that “Yeshurun became fat and kicked.” The menace inherent in this “kicking” is explained by meforshim as causing people to become arrogant and eventually believe that they do not need the Al-mighty. The logical antidote, based upon the Rambam’s rule about the “golden mean” (Hilchos Dei’os 1:4), would suggest that affluent families need to work on creating and maintaining a home concentrating upon middos such as anavah (humility), hachna’ah (submissiveness) and savlanus (tolerance).

But what of the homes of the poor? First of all, these days, there are ample examples of unhappy people who are fabulously wealthy. Famed figures in the world of sports and entertainment sadly provide us with constant object lessons of the fact that money does not buy happiness. Parents who are financially strapped but walk around and have created homes suffused with simcha don’t need to preach about being sameiach b’chelko. Their entire lives illustrate and demonstrate this ideal. In other words, the best antidote to the jealousy we are concerned about is home chinuch radiating happiness with the many wonderful things Hashem has given us. To be clear, this doesn’t mean to close our eyes to the baleful realities of deprivation. On the contrary, the Brisker Rov (quoted by Rav Yosef Zalman Bloch, Iggeres Al Habitachon, page 125) taught that a true baal bitachon is one who fully understands the severity of his situation, yet trusts that Hashem will save him from his predicament. He proves this from Dovid Hamelech’s timeless words, “On the day that I fear, I trust in you” (Tehillim 56:4).

A number of meforshim on bentching understand this concept to be embedded in the words at the end from Tehillim (937:25): “I was a youth and have also aged, and I have not seen a righteous man forsaken, with his children begging for bread.” Is it really true that we have never witnessed poverty and hunger? The answer is that in the home of a true baal bitachon, one never feels forsaken, even when the children are literally hungry.

Of course, there is also false bitachon as well, which must be avoided. Rav Shlomo Wolbe (Avnei Shlomo, page 35) relates the story of Rav Yeruchem Levovitz, who received a letter from one of his students. Instead of affixing the mandatory stamp, he wrote in that spot the word bitachon. When Rav Yeruchem cited this anonymous lapse to his students, he added with mock anger, “Can you imagine? The Post Office charged me for his letter?” The point was, of course, that there is proper and false bitachon and we should never mix up the two.

So although we should try to be mechanech our children who are not traveling this winter to enjoy their time at home with family and friends, perhaps we are not yet ready for such lofty goals alone. However, I was approached by a baal tzedakah and chesed with an original and hopefully practical solution. Imagine if several of our amazing Torah organizations, such as Agudas Yisrael and Torah Umesorah, sponsored midwinter getaways, replete with davening, learning, and much fun and games. Hopefully, swimming can be arranged. Young people could enjoy these respites with the kedushah and taharah of completely kosher programming. Separate boys and girls activities, of course, which might be even more conducive to the teenage mind and heart than a family vacation with the “old people.” But when all return to school, everyone has something to talk about with no embarrassment or envy.

Will this happen? I don’t know. Clearly, it is up to gedolei Yisroel to decide everything in Klal Yisroel, especially any change in the fabric of our calendar and permitted activities. The context of such a plan would have to include fundraising, hiring, and even the necessity for insurance. But if this would work, wouldn’t it be worth eliminating or at least radically reducing the resentment and envy that have been infecting our communities in recent winters? I am sure that if one person has stepped forward, many more would do so if allowed and encouraged by our revered sages.

One of the reasons we light Shabbos candles is for shalom bayis. If we are concerned about bumping into each other in the dark, shouldn’t we try to avoid the now-annual self-created chasm between those who can and those can’t within our own Klal Yisroel families? Clearly, some inequities cannot be avoided. There will always be distinctions, which can be dealt with through mussar, good middos and genuine happiness. But perhaps we can alleviate the winter blues with the returning smiles of all being able to share wonderful memories, laughter and simcha.