The Touch of the Generation 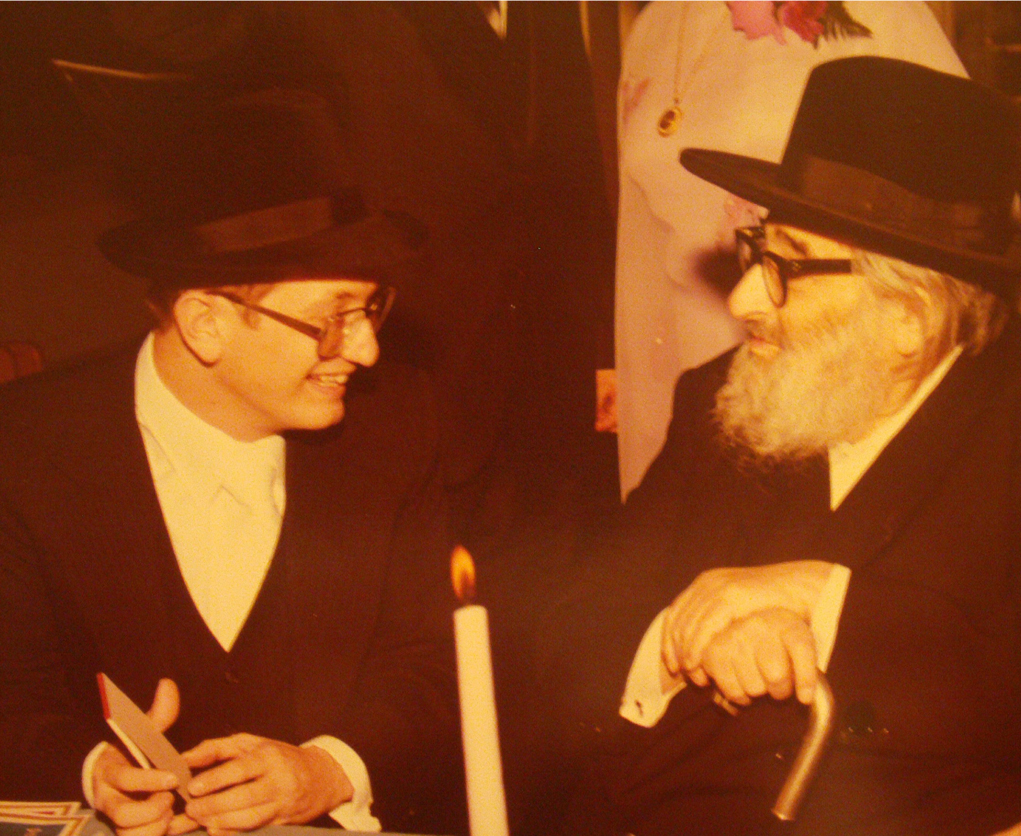 Last Shabbos, I was zocheh to one of those sublime pleasures that make life so worthwhile. I held my newborn grandson at his shalom zochor. Of course, we are accustomed to feeling that we are visiting the child to console him upon the loss of the Torah he had been learning in the womb for nine months (Taz, Yoreh Deah 265 in the name of the Derishah), but I must confess that staring at his innocent face, I was thinking more of the teaching of Rav Naftoli of Ropshitz zt”l that we gain more than he does from the experience. “Az men treft ah nayeh neshamah iz es ah toivah gedolah far’n nefesh – If one meets a brand new soul, it’s a great benefaction for one’s own soul” (Chemdah Genuzah 2:47). Although the baby has been struck by the malach and has forgotten his learning (Niddah 31a), just a few days before he was the greatest talmid chochom “on earth” and it is a privilege to know him.

So as I consoled him for his loss and thanked him for the experience, I wondered, “What can I do for him?” I would like to share with every grandparent and future grandparent the answer that came to me.

The Gemara (Kiddushin 30a) states that “whoever teaches his grandson Torah, it is as if he has received it from Har Sinai.” My rebbi, Rav Yitzchok Hutner zt”l (Pachad Yitzchok, Shavuos, Maamar 8) explains that according to the Ramban (Devorim 4:9 and end of Sefer Hamitzvos LehaRambam, No. 2) this refers to the kavod haTorah – the reverence we feel for the Torah – that results from the manner in which the Torah was given at Sinai. In other words, anyone knowledgeable can teach Torah, but only a grandparent can convey the majesty and awe of the event itself. A father has the obligation to transmit the details of the Torah, but only a grandparent can convey Mattan Torah.

In all honesty, one must wonder why. Often, the father is a greater talmid chochom than the grandfather, has a closer relationship with his son, and “speaks his language” in more ways than one. What exactly is this role of the zaidy or sabbah?

To understand, we must invoke the well-known story about Rav Yaakov Kamenetzky zt”l on the plane. Although there are already several versions, the undisputed facts seem to be that the great rosh yeshiva sat on a plane to Eretz Yisroel next to a secular Israeli politician. Rav Yaakov’s son and grandchildren took wonderful care of him on the flight, making sure that he was comfortable and filling all of his needs. The non-religious Israeli, who also had family on the trip, was puzzled. “How come,” he finally inquired, “your children and grandchildren attend to you as if you were a king and mine have disappeared for the past nine hours?”

Rav Yaakov smiled in his kindly way and inquired, “It would seem from our discussions of the past few hours that you believe in the theory of evolution. Is that correct?” The man responded, “I don’t know what that has to do with anything, but, yes, of course. Most intelligent people today do. But why do you bring that up now? We will be landing soon and I just wanted to know how to get my family to act like yours.”

The rosh yeshiva’s retort has become one for the ages. “You see,” he softly explained, “we believe that the greatest moment in our national history occurred in the year 2448 after creation when the Torah was given. Each generation that was closer to that event is greater than the next because of its proximity to the holiness and power of that experience. Therefore, my children and grandchildren look up to me as a link to that astounding episode. You, my friend, on the other hand, believe and convey to your family that we are all descendents of apes. You think that mankind has been evolving for eons to ever greater heights and intellectual capabilities. Therefore, they see you as just one step closer to those monkeys, so why indeed should they give you any respect? If anything, following your own beliefs, you should give them honor and respect.”

Rav Yaakov taught us not only what to believe, but also what his friend from their Slabodka days, Rav Hutner, meant in his maamar. While a parent can and must teach the details of the Torah, a grandparent must be a link to the past glory. He or she must radiate the beauty and the grandeur of being a Jew.

Perhaps the post-Holocaust generation suffered more than we know from losing its grandparents. In my class of “second-generation” children of survivors, it was almost unheard of to know a bubby or a zaidy. We hungrily “borrowed” the grandparents of those whose parents were second-generation Americans, enjoying a kind of surrogate grandparenthood before the concept of surrogacy even entered medical jargon. But along with the other syndromes and psychological deprivations we may have endured, many of us missed that magical connection to Har Sinai. The ability to now function in that exulted position is daunting, but an honor of the very highest order.

I remembered the lesson that Rav Moshe Feinstein zt”l often taught. He said that the generation of the Great Depression ruined their children’s Yiddishkeit because they “kvetched about Shabbos.” Instead of conveying the beauty and gift of Shabbos, they spoke of its burden. Not blaming them, but lamenting the result, Rav Moshe acknowledged that they often would be fired from their jobs on Friday when they announced that they would not come in the next day. “If you don’t work on Saturday,” they were warned, “don’t bother coming in on Monday.” Although they heroically went from menial job to job, they also complained to anyone and to their children that it was “Shabbos’ fault.” And so, although they begrudgingly kept Shabbos, their children filed away the lesson and wanted none of it for themselves when they grew up. It is up to us, the grandparents of the 21st century, to transmit the privilege of being a Jew to offset the horrific times when it was so difficult. I thanked Hashem for my mechutan, the other zaidy, a rov and rosh yeshiva of note, who would surely help me in this sacred task.

My little ainikel gave me a fleeting smile and I imagined that he was reading my mind, as I attempted to reconnect him with his temporarily lost Torah and greatness. I now began to understand a line I had only heard in my rebbi’s name but was not zocheh to have heard personally. Perhaps that was because although my rebbetzin and I did have the zechus of having the rosh yeshiva be our mesader kiddushin, he was niftar before I could speak to him as a father, let alone grandfather. However, I have heard that he would congratulate new grandparents with the notification, “Yetz bist du gevoren ah mentch – Now you have become a human being.” He would then explain that “in the animal world, a dog or cat only maintains a relationship with their own progeny, not with the next generation. Only human beings have that kind of connection and affinity for anyone beyond their immediate offspring.” Of course, this does not mean to denigrate, G-d forbid, anyone, but rather to establish the profound and sacred trust resting upon a grandparent.

I was hesitant to mention to my son that Rav Akiva Eiger also establishes a halachic responsibility upon a grandparent to share in the burden of tuition, since the Torah places upon him the obligation to teach him Torah (“your son and the son of your son”). That can come later, im yirtzeh Hashem.

I looked back at the baby and whispered, “In the meantime, let me just tell you of past greatness and your limitless potential. Soon you will learn everything you just forgot and it will be even sweeter. For now, shluf gezunt.”