Win Some, Lose Some 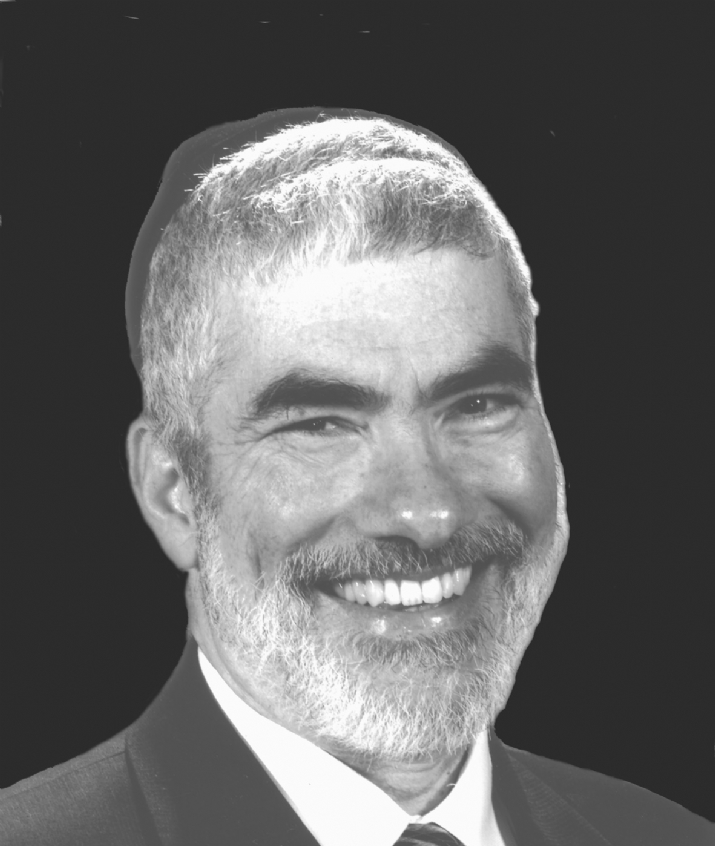 In late May, I had the pleasure of sitting next to Randy Barnett at a Yerushalayim conference in honor of Milton Friedman's centennial on the interface of Capitalism and Religion - two Chicago-area Jewish boys of roughly the same vintage and law school class shooting the breeze. That is where the similarities end. Barnett was one of the principal architects of the legal strategy to have Obamacare declared unconstitutional and a leading conservative legal academic.
Barnett confessed that the previous night had been one of fitful sleep caused by disturbing rumors reaching him from Washington, DC. I would now guess that the perturbations reaching Yerushalayim from Washington, DC, were hints that Chief Justice John Roberts had gone “wobbly” on his original vote in conference to strike down the health care mandate. That such a switch took place is pretty much certain. Parts of the unsigned dissent of Justices Scalia, Kennedy, Thomas and Alito read as if they were addressed to an entirely different issue – severability (i.e., would striking down the mandate require striking down the entire Affordable Healthcare Act) – which never arose because the Court ultimately upheld the constitutionality of the mandate, albeit redefined by Chief Justice Roberts as a tax.
Around the time of that switch, Roberts was being subjected to a great deal of intimidation, from President Obama to the liberal media. Roberts was warned by numerous messengers that striking down the Obama administration’s signal achievement, with the justices lining up perfectly according to the party of the president who appointed them, would cause the Court to be viewed as a purely partisan body.

VARIOUS CONSERVATIVE COMMENTATORS found reason to praise Roberts’ decision. For one thing, they noted, Roberts had succeeded in lining up seven votes, including two from the Court’s liberal wing, to strike down another provision of the Act that would have required states to participate financially in the expansion of Medicaid under Obamacare or lose all the federal government money they are currently receiving under Medicaid. That degree of coercive power to force state compliance with federal dictates went too far, the Court ruled, and violated the United States’ federal structure.

The aforementioned Randy Barnett hid his disappointment with the result by arguing in the Washington Post that Roberts’ had saved the Constitution as a document limiting the power of the federal government by concluding – along with the four dissenters – that the healthcare mandate, requiring the purchase of healthcare insurance, could not be justified under the Commerce Clause of the Constitution. That clause explicitly gives Congress the authority to “regulate” commerce, which presupposes that commerce is taking place, not to require participation in commerce through the purchase of healthcare insurance, wrote Roberts.

Barnett consoled himself that Roberts’ opinion enunciated a much more limited view of both the Commerce Clause and the spending power of Congress in a manner fundamentally at odds with “how most law professors viewed constitutional law” prior to the Court’s decision. I can attest to that. When Barnett and I were in law school, it was assumed that Congress’ legislative power under the Commerce Clause was unlimited.

In a similar vein, George Will praised the Chief Justice for having restored a certain constitutional consciousness – an awareness that while the Constitution expanded the powers of the federal government from those under the Articles of Confederation, it only confers on Congress certain enumerated powers. And enumerated powers necessarily imply that Congress lacks all those powers not enumerated. Another leading conservative intellectual, Charles Krauthammer, while regretting Roberts’ decision, contended that Roberts had succeeded in rebuilding the institutional legitimacy of the Court, so damaged by the 5-4 Bush v. Gore decision, settling the 2000 presidential election, along partisan lines.

THESE ARE ALL SENSIBLE ARGUMENTS made by thoughtful people. But they overstate, I think, the significance of Roberts’ refusal to locate authority for the healthcare mandate in the Commerce Clause. While Roberts’ opinion included powerful language about the Commerce Clause not being an unlimited grant of authority to Congress, the only specific case that he ruled beyond congressional authority was where Congress mandates commercial behavior rather than regulating existing behavior. All the rest is non-binding dicta that does nothing to elucidate the limits of congressional power.

And on the single exercise of power that Roberts’ found beyond Congress’ authority under the Commerce Clause, he found the authority to achieve the exact same result under the congressional power to levy taxes. What he took away with one hand, he granted with the other.

Nor was the Chief Justice’s analysis of the power to tax particularly keen. For one thing, there are precedents in which the Court has held that what Congress lacks the power to achieve under the Commerce Clause, it cannot achieve indirectly via coercive taxes.

In order to term the mandate a tax, rather than a penalty for non-compliance, he had to ignore the insistence of the drafters of Obamacare that it was not a tax and the fact that Congress had explicitly rejected a previous bill that imposed a tax because they wanted to be able to claim that Obamacare did not impose new taxes on individuals. And they were right to do so, as an explicit tax would likely have been defeated. If Roberts wants to argue that the penalty is really a tax and rewrite the law in order to save it, then perhaps the American people, through their elected representatives, should at least be given the chance to vote again on the tax.

NEVERTHELESS, THE MANNER in which Roberts upheld the healthcare mandate is not without consequences. Romney could conceivably do away with the “tax” by issuing an executive order against its enforcement, just as President Obama, in a much more audacious claim of executive authority, recently issued an executive order against enforcement of certain aspects of immigration law. In addition, redefined as a revenue measure, the health mandate could be dealt with through the reconciliation process, assuming Republicans gain control of both houses of Congress and the presidency (to avoid a presidential veto) and avoid the threat of filibuster.

And it cannot be denied that Roberts has added to the legitimacy of the Court in a manner that will dull the charges of naked partisanship if the Court breaks 5-4 along party lines in future cases, including challenges to section 5 of the Voting Rights Act and to affirmative action.

THE MAJOR CONSEQUENCE OF UPHOLDING OBAMACARE, in my opinion, will be to significantly improve Mitt Romney’s electoral chances. It inserts Obamacare into the election debate at a much higher level of intensity. The only way that the majority of Americans who oppose Obamacare can spare themselves from its clutches is make sure that the Republicans gain control of the Senate and that Mitt Romney is elected president. Further, the narrowness of the decision – with four justices failing to find any lack of congressional power under the Commerce Clause – reemphasizes how important it is who will appoint the justices to replace the six currently in their seventies.

There are many Americans who take pride in having elected a black president, but who oppose Obamacare strongly. Had Obamacare been struck down, they might have reasoned that there was no compelling reason not to vote for President Obama again. In any event, he will not again have congressional majorities to do further mischief on such a scale, particularly if Mitt Romney has not convinced them that he knows how to make the economy hum again. Such voters will no longer have an excuse to vote for Obama to salve their racial consciences.

The Supreme Court decision has already energized the Republican base and caused a spike in giving to Romney and Republicans. And it allows Republicans to remind people of all that they fear about Obamacare in a context where their vote can make a difference. Finally, Obamacare is saddled with the “tax” label on one of its key provisions.

CHIEF JUSTICE ROBERTS’ decision is hardly worthy of comparison to Chief Justice John Marshall’s decision in Marbury v. Madison. In the latter case, Marshall reached the result that President Thomas Jefferson wanted: He refused to order Marbury appointed a justice of the peace on the grounds. But he did so on grounds that were anathema to Jefferson by declaring the statute upon which original jurisdiction of the issue was granted to the Supreme Court unconstitutional. He granted something trivial – one less Federalist justice of the peace – and established something very important – i.e., the right of the Supreme Court to declare legislation unconstitutional.

The Obamacare decision, on the other hand, left Obamacare largely intact – hardly a trivial price to pay for Roberts’ rhetorical victories. Most of us will not be consoled by Holmes Jenkins’ conclusion that it will not take too long for Obamacare to die of arithmetic – i.e., there will simply be no money to pay for it.

But I do not take a cynical view of the outcome or think that Roberts’ was intimidated. Rather, his decision – as internally inconsistent as it may have been – arose out of a well-developed judicial philosophy. Already in 2006, soon after taking over the reins of the Court, Roberts’ told The New Republic’s legal correspondent Jeffrey Rosen that he would do everything possible to avoid party-line 5-4 decisions on the grounds that they diminish the legitimacy of the Court.

That concern with institutional legitimacy is distinctly conservative. So is the Chief Justice’s concern with preserving the United States’ federal structure. Finally, he went out of his way to distinguish legal from political outcomes, and to make clear that it is not the role of the Court to enter into policy debates.

That distinction between what is legal and what is wise often eludes the Israeli Supreme Court, whose justices readily strike down any government decision they consider ill-advised. Similarly elusive is the awareness of institutional constraints and the need for public legitimacy, which caused Roberts to back away from his initial inclination to strike down Obamacare.

It is not the Court’s job, Roberts opined, to “protect the people from the consequences of their political choices.” Let’s hope the American people now do their job.