Who Is Undermining Israeli Democracy? 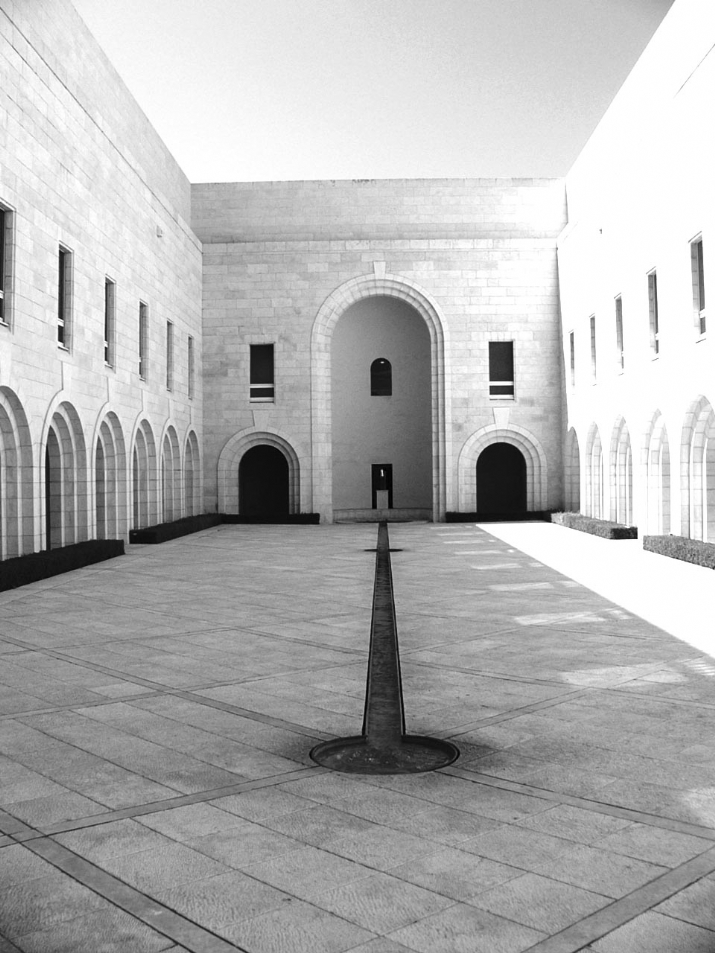 In order to fully appreciate the absurdity of Israeli Supreme Court President Dorit Beinisch's charge that even the most minimal changes in Israel's method of judicial selection represent an attempt to undermine â€œthe democracy upon which our society rests,â€ one need only know one fact: Israel's method of judicial selection is absolutely unique in the democratic world. With the single exception of India, no other system gives so much power to sitting Supreme Court justices to choose their future colleagues and successors. Are all the rest of the world's democracies, then, not really democratic? Even by Israeli standards, that claim of the unique wisdom of our system reflects a remarkable degree of hubris. IN TRUTH, IT IS THE SUPREME COURT ITSELF that represents the greatest challenge to Israeli democracy. Richard Posner, considered by many the most brilliant living American jurist, defines democracy as â€œa system of governance in which the key officials stand for election at relatively short intervals and are thus accountable to the citizenry.â€ Judicial review, in which courts strike down statutes or substitute their policy judgments for those of elected officials or their delegates, is in inherent tension with representative democracy so defined.
To minimize that tension, Alexander Hamilton argued in The Federalist Papers that the judiciary must remain “the least dangerous branch,” with no power over the purse or sword. Retaining the status as “the least dangerous branch,” wrote the great constitutional scholar Alexander Bickel, in his seminal book of that name, requires justices to exercise restraint and avoid entering into the realm of politics and making decisions primarily based on their personal values.

Beinisch’s mentor, former Court President Aharon Barak, completely rejected any such restraint. He abandoned traditional doctrines of judicial restraint – standing and justiciability – famously declaring that “everything is justiciable,” including troop deployments in wartime, and permitted any citizen who objected to a particular governmental decision to bring a suit directly to the Bagatz, the Supreme Court sitting as the High Court of Justice. He boldly usurped traditional legislative prerogatives – for instance, appointing a commission to consider the issue of road closings on Shabbos nationwide.

As Professor Ruth Gavison and many others have argued, the Israeli Supreme Court determines national “norms” to a degree without parallel in the Western world. Former Court President Moshe Landau accused the Court under Barak of having taken on the role of Platonic guardians, “a role that they are utterly incapable of fulfilling and for which they have no training.”

Barak was untroubled by the tension between the power he claimed for the Court, an unelected and unrepresentative body, and representative democracy precisely because he entertained so little respect for the Israeli people and its elected representatives. A justice, he argued in Judicial Discretion, should reflect the values of the “enlightened public,” and admitted that the standard of “enlightenment” would frequently be that of the justice himself. Barak and his acolytes, like Beinisch, primarily conceive of democracy as a “substantive” set of rights, to be determined by judges, often out of whole cloth or by importation from other legal systems, as opposed to a process of selecting the people’s representatives. The doctrine of “substantive democracy,” incidentally, is what allowed the former Soviet Union to style itself a “socialist republic.”

THOUGH BARAK ATTEMPTED TO PORTRAY the Court as a professional body, deciding technical legal questions, nothing could be farther from the truth. Under his rule, the Court showed little interest in clarifying thorny issues of private law – in such areas as torts, criminal law, and intellectual property. Barak and his successor greatly preferred to act as the final arbiters of every government decision guided only by their own standard of “reasonability.”

The Israeli Supreme Court is the most highly politicized in the world. It is child’s play to juxtapose decisions, often ones decided the same day by the same panel, in ways that make it clear that the results are wholly dependent on the identity of the parties and the politics of the justices. (For my analysis of some particularly egregious examples, see “Inconsistent Justice,” January 5, 2001.)

As Evelyn Gordon pointed out this past week, Court President Beinisch has imposed explicitly political criteria for selection to the Court. Reversing her earlier position on the appointment of Yerushalayim District Court Judge Noam Sohlberg, she declared him unfit for the Court on the grounds that he has been depicted as “right-wing” in the media. The jaw drops. Could Beinisch be unaware that she is perceived as “left-wing?” Or does she think that label is irrelevant because it is synonymous with the “enlightened values” that are supposed to guide the Court, according to Barak? Now, as Gordon notes, not only do the three sitting justices themselves wield a veto over any candidate not to their liking, but so does the media, the other remaining bastion of left-wing power.

“POWER CORRUPTS AND ABSOLUTE POWER CORRUPTS ABSOLUTELY,” Lord Acton teaches. And the stranglehold of the sitting Supreme Court justices has corrupted the Court and undermined public respect. As Court President, Barak pushed through the appointment of his wife as head of the National Labor Court. Beinisch blocked the appointment of Professor Nili Cohen in order to ensure the appointment of her good friend and successor as State Attorney Edna Arbel’s appointment. At the time of Arbel’s appointment, there were two credible claims that she had discussed the appointment of her husband to government boards with politicians under investigation by her office, and even Ha’aretz questioned whether she possessed the requisite legal abilities for the Court. Had there been open hearings on the Arbel appointment, such as those Beinisch so vociferously opposes, she would never have survived the scrutiny. Investigative journalist Yoav Yitzchak revealed a few days ago that Court President Beinisch has pushed at least six people who helped her husband Yechezkel with his legal difficulties, arising out of his tenure as head of the Jerusalem Symphony, for appointment to the Court.

The sitting justices have used their control of the judicial selection process to extend their tentacles into the entire legal system at every level. Lower court judges and academics with further aspirations know that advancement depends on currying favor with the court president. The use of “temporary appointments” of lower court justices to the Court allows them to prove their loyalty to the regnant legal powers.

The power of the States Attorney’s office has been used to reign in any Justice Minister or potential Justice Minister who might constitute a threat to the powers of the Court in any way. When Yaakov Ne’eman, one of the country’s most prominent attorneys, was appointed Justice Minister in the first Netanyahu government, States Attorney Edna Arbel and Attorney-General Michael Ben-Yair dusted off a baseless charge, which had lain dormant for four years, to force his resignation (even though the trial court angrily threw out the indictment). And when Reuven Rivlin, a frequent critic of the Court, was mooted for Justice Minister, news of another long dormant file was leaked to the press. Dror Hoter-Yishai, an outspoken critic of the Court as head of the Israel Bar Association, also found himself the subject of a criminal complaint quickly dismissed by the trial court.

THE IMPACT OF THE JUSTICES’ CONTROL of judicial appointments has deprived the Court of a great deal of its legitimacy in the eyes of the public. As head of the Knesset Law Committee, MK Miki Eitan once characterized the system as “a friend brings a friend,” and the label has stuck. Professor Gavison characterizes the results of the process as the creation of a “sect, which is too uniform and perpetuates itself.” She should know. At great public humiliation to himself, Barak fought tooth and nail to block her appointment to the Court. Even on a Court of fourteen justices, Barak feared the presence of the Court of a justice who could match his intellectual firepower and serve as a counterpoise to his judicial activism. And thus an internationally respected constitutional scholar was denied a seat on the Court.

As a consequence of successive Court presidents’ efforts to preserve uniformity of judicial philosophy, the Israeli Court lacks entirely any clash of legal titans like that of Justice Felix Frankfurter and Justice Hugo Black, representing diametrically opposed judicial philosophies, on the United States Supreme Court. No justice is ever forced to clarify his or her thinking in the face of opposing views.

Pendular swings in the Court’s guiding judicial philosophy, such as that between the Warren Court and the Burger and Rehnquist Courts in the United States, are rendered impossible by the process of judicial selection in Israel. That fact undermines the Court’s legitimacy more than anything. Democracy can only function where the playing field is perceived as level, and those who lose the political debate today can hold out the hope of prevailing tomorrow.

An overreaching and self-perpetuating Supreme Court in Israel violates that fundamental principle of procedural fairness and thereby renders the Supreme Court the greatest threat to its own legitimacy.