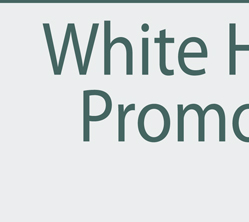 The ultra-liberal J-Street lobbying organization was paid over half a million dollars to push for President Obama’s nuclear deal with Iran, which was opposed by Israel and its supporters as well as people and nations wary of Iran.

J-Street, which takes on the other pro-Israel lobbying groups, and is seen my many as anti-Israel stances, is supported by the Obama administration in that prominent administration members attend its conferences and promote the group. However it was unknown until now that it was funneled money by the White House’s main surrogate organization for selling the deal.

The Ploughshares Fund was named in a recent New York Times profile of Obama aide Ben Rhodes, in which he listed the central groups responsible for creating an “echo chamber” to promote the deal, even when the White House’s official line was not exactly truthful.

According to Associated Press, the group’s 2015 annual report details several organizations which received funding to sell the White House line on the Iran deal. Among them was National Public Radio (NPR), which received a $100,000 grant to promote “national security reporting that emphasizes the themes of U.S. nuclear weapons policy and budgets, Iran’s nuclear program, international nuclear security topics and U.S. policy toward nuclear security.”

Other grantees included: The Arms Control Association ($282,500); the Brookings Institution ($225,000); and the Atlantic Council ($182,500), who “received money for Iran-related analysis, briefings and media outreach, and non-Iran nuclear work,” according to AP.

By far the largest recipient of administration funding was J-Street. According to The Ploughshares Fund’s annual report, the leftist group was paid $576,500 to advocate for the deal – something it did ferociously, in spite of the opposition from the majority of the pro-Israel community in the US.

J-Street’s dogged support for the Iran deal came despite the fact that the vast majority of Israelis, including those on the left with whom J-Street claims to align, were strongly opposed – a fact seized upon by the group’s critics as proof it consistently acts against the State of Israel’s interests.

Israeli Prime Minister Netanyahu was a prime mover against the deal, going up against Obama and the administration as he spoke in Congress and at the UN about the follies of the deal and lobbied heads of governments of the dangers inherent in the deal.

The deal passed over strong opposition of the American people, republicans and military experts who believe the deal paves the way for Iran to have a bomb. Little that has happened since the signing of the deal has convinced anyone that the deal is in the interest of the US, Israel, or the West.

J-Street has lobbied on behalf of other initiatives which security experts determined are dangerous to Israel, but never has its efforts been exposed as being so brazen as now.

Meanwhile on Thursday a senior Iranian commander said the country would “destroy the Zionist regime in less than eight minutes,” if ordered to do so by the Supreme Leader.

Arutz Sheva contributed to this article.