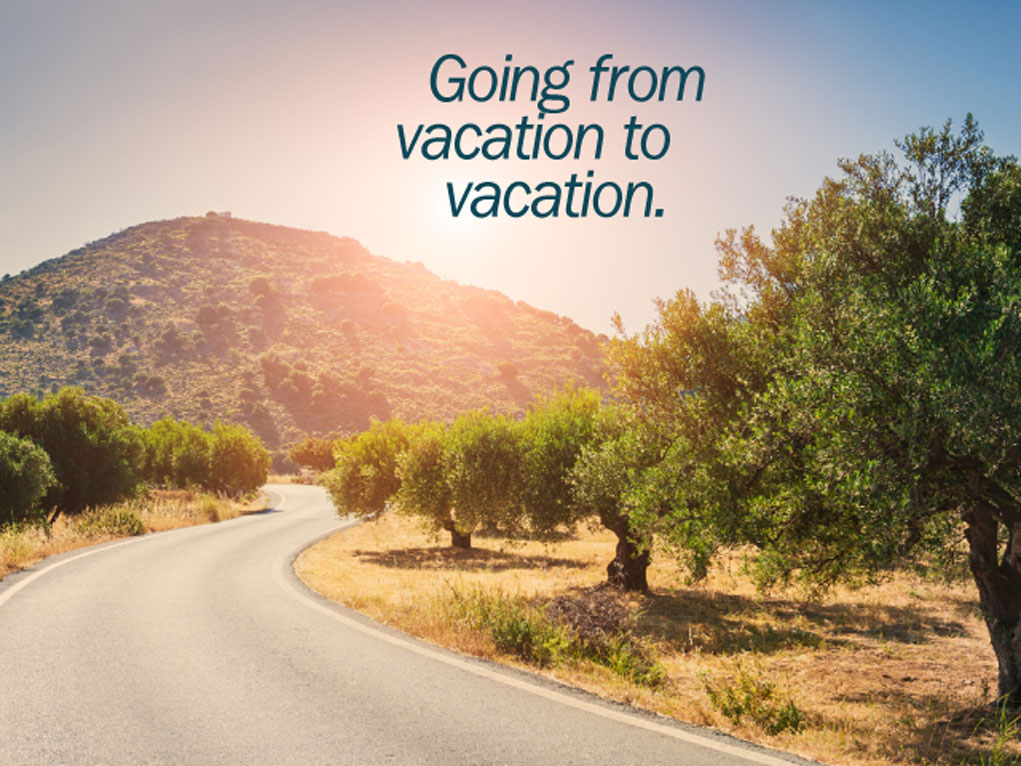 Readers of this publication are familiar with Rabbi Moshe Garfinkel, a fine, dedicated cheder rebbi and yorei Shomayim who regularly writes letters to the editor. Last night, he sent a letter to the editor, not the usual type, but one addressed personally to the editor. He had an issue he needed addressed.

He wrote that he was troubled that there would be no paper the week of Shabbos Parshas Re’eh, Rosh Chodesh Elul. He feared that people would miss out on the Elul chizuk usually offered here and asked that we speak about Elul this week of Shabbos Mevorchim Chodesh Elul.

The letter was written so meaningfully and nicely that I can’t reject the request, and I hope those of you in the country, or out of the country, on vacation will not mind the intrusion.

Rav Eliezer Turk of Yeshivas Kaminetz in Yerushalayim repeated a story that he heard from the Kaminetzer mashgiach, Rav Moshe Aharon Stern, who heard it from Rav Shmuel Auerbach. He told that when he was growing up in Yerushalayim, there was tremendous poverty. Many people suffered from hunger. They had literally nothing to eat. Many survived on bread and water the entire week.

A group of bochurim felt that they could not bear it any longer and decided that they were going to leave Yerushalayim and move to America. They saw little opportunity to escape the poverty of Yerushalayim if they would remain there. The options available for them to advance financially were very few, if any. They had enough. They decided that they would move together to America, the land of opportunity with unlimited potential. They would go there and figure it out and go on to live happy, fulfilling lives.

Their families were aghast. “Going to the treifeneh medinah? How could you even entertain such an idea? If you go live there, you will become goyim. You will get sucked in and forget about your heritage. You’ll forget about Yiddishkeit and Yerushalayim.”

The families begged them not to go. But they wouldn’t listen. They promised that they wouldn’t forsake Torah and mitzvos and set off to have better lives.

Very quickly, the families’ worst fears were realized. Bit by bit, they dropped mitzvos, until they gave it all up and went as far as marrying out of the faith. They were gone.

All except one. Out of the entire group, one bochur remained religious. He was able to resist all the temptations and didn’t forsake any drop of his heritage. His devotion to Torah observance remained as strong as it was when he arrived at Ellis Island.

After ten years, he returned home to Yerushalayim and told everyone his story. Unlike the others who forgot about Shabbos and tefillin, through all his time there, he said that he did not miss a day of putting on tefillin. At first, people didn’t believe him, but as they continued talking to him and watching his conduct, they became convinced that he was telling the truth. In due time, he was redd shidduchim, got married, and raised a fine generation of ehrliche children.

Somebody asked him how he was able to remain true to the Yerushalayimer ideals while off in the American melting pot, which swallowed so many good people in those days. As his friends veered off, what held him?

He said that it was a word he heard from a great man prior to his departure that kept him going through the years of his American exile. “Listen to the story,” he said.

“It was Shabbos Mevorchim Chodesh Elul, the last Shabbos before we left for America. I davened Shacharis at the second minyan at the Perushim shul in Givat Shaul in Yerushalayim. All the years, when I was there on Shabbos Mevorchim Chodesh Elul, when the chazzan would call out, ‘Rosh Chodesh Elul yihiyeh b’yom ploni,’ immediately you could hear the sound of people crying from all sides of the shul. In the women’s section, they would faint upon hearing the announcement. But that year, for some reason, there was apathy in the room. When the chazzan called out ‘Elul,’ there was no visible change on anyone’s faces.

“Nobody cried. Nobody fainted. Davening continued as usual.

“The Yerushalmi tzaddik, Rav Zerach Braverman, talmid of Rav Yehoshua Leib Diskin, was also davening at that minyan. When he saw the apathetic manner with which Elul was greeted, he became very upset. As soon as Mussaf was over, he approached the bimah. He banged on it and screamed out from the depths of his soul, ‘Tayereh Yidden, my beloved fellow Jews, what happened here?! Elul was just announced. Shabbos Mevorchim Elul. Elul is about to spread its wings over us and we are indifferent? How can this be?

“Upon hearing the impassioned call from the depths of the heart of one of the special people of Yerushalayim, a fear spread over the people and they began to cry.

“So you’re asking me what kept me going all those lonely years? It was that word Elul, shouted by Rav Zerach. That ‘Elul’ reverberated in my ears all those years. Not just during Elul, but also during Kislev and Nissan and Sivon and any time I had a nisayon. The call of ‘Elul’ gave me the strength to withstand the temptation.”

Here we are, in the middle of the summer. Everything is going so smoothly and calmly. We are camped out in our summer homes and bungalows, floating down a river, or sitting around the pool, vacationing in a gorgeous or rustic resort.

And then, out of nowhere, we will be in shul Shabbos morning, engrossed in our thoughts, and we will hear the chazzan intone, “Elul!” We will say to ourselves: Elul already? Elul now, smack in the middle of the summer? No, it can’t be. Not now. Come back later.

A person catches a cold in the middle of the winter, gets fever, and has to go into bed. People ask him how he got sick. “How did you get that cold?” they wonder. The person in bed gives different answers. “It was cold yesterday and I went out without a coat.” Or he says that he left the window open in his room overnight and he woke up frozen. And other such reasons.

It’s our choice: Warm up for Elul and save ourselves aggravation later or remain chilled when the chazzan calls out “Chodesh Elul.”

The Tur (Hilchos Rosh Hashanah 581) states that Chazal instituted the custom of blowing the shofar during the month of Elul so that people will be alerted to perform teshuvah, as the posuk (Amos 3:6) states, “Im yitoka shofar be’ir ve’am lo yecherodu? Can a shofar sound in a city and the nation will not tremble?” This question demonstrates that the sound of the shofar causes people to be fearful.

However, this posuk, which is widely repeated and mentioned as the source of the custom to blow shofar during Elul, does not refer at all to teshuvah or Rosh Hashanah. The posuk mentions the shofar and its ability to evoke fear as a tool of war. When the shofar sounds, people panic, as they know that something serious is afoot.

We can say that the reason we blow shofar during Elul is to announce that change is in the air.

The Sefer Akeidah (Shaar 97) writes that the body declines over the winter and comes back to life along with the rest of nature during the spring and summer. When it is cold and snowy, the hibernation factor kicks in and man is driven indoors, unwilling and unable to navigate the roads of life amidst the cold and ice.

When spring and summer arrive, people awaken. Their moods improve and they spend more time outdoors, exercising and engaging in activities that increase physical pleasure. As the flowers and trees bloom and the weather warms, man’s physical strength and temptations increase.

The Yomim Noraim are for the neshomah what summer is for the guf, says the Akeidah. It’s the time when our souls come alive. Elul is spring, the month during which the neshomah begins preparing for the growth of Tishrei. A sense of anticipation, optimism and hope pervade the air. Much like a family spends happy hours in the spring planning their summer vacation, Jews map out their spiritual course during Elul for the coming season of din.

The Alter of Slabodka once returned to his yeshiva at the beginning of Elul after having spent the previous weeks in a resort town regaining his strength. The talmidim of the yeshiva, the repository of future gedolim, ventured forth to greet their mentor. Upon receiving them, the Alter delivered a short shmuess.

“We arrive from the physical vacation to a spiritual vacation. We come from the summer months spent in forests and fields and begin the months of the yemei haratzon, which we spend in the yeshiva. What distinguishes this vacation from that one?” he asked. “Just as vacation is necessary to strengthen the body, so is vacation necessary to strengthen the soul – even more so, for everyone is considered sick and in need of a vacation in regard to the neshomah. No one is healthy enough not to need this treatment…”

Apparently, the mussar giant was echoing the teaching of the Sefer Akeidah. A person’s body requires downtime, a time when it doesn’t feel pulled in every direction, thrust onto a merry-go-round of pressure. The soul does as well. Elul is the time when we concentrate on pleasing the soul.

So, after all is said and done, Elul doesn’t really intrude on our vacations. When Elul comes, we are still on vacation, just a different type, with different, more wholesome and vital forms of enjoyment. We get out of the pool, hop off the bicycle, put away the weights, the elliptical, and the StairMaster, and change into Elul mode. It restores life and vitality. By the time Tishrei comes, we will be fully charged and ready to go physically and spiritually.